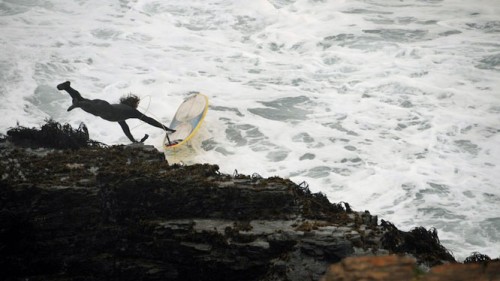 A surfer leaps on to his board from the rocks
Photography: Eileen Smith 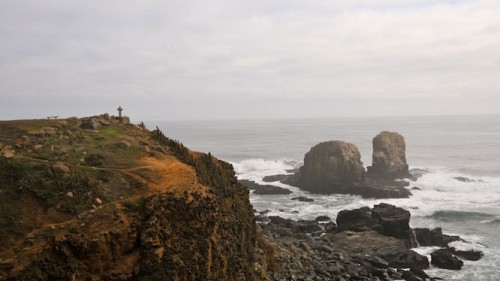 A misty day on the rocks
Photography: Eileen Smith 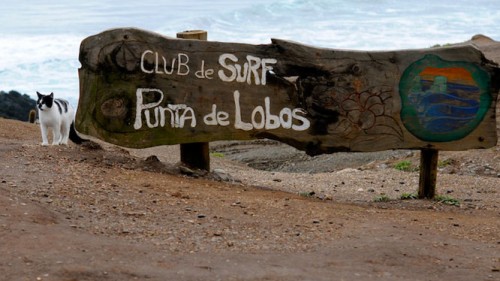 A feline visitor stalks the area near the surf club
Photography: Eileen Smith 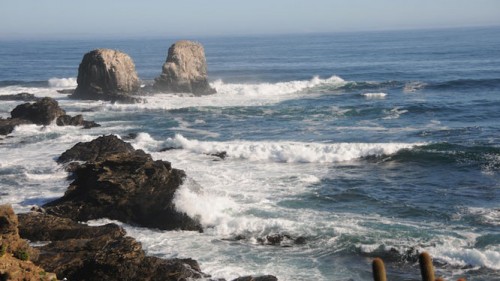 Even non-surf-enthusiasts can find something to contemplate when the weather looks like this
Photography: Eileen Smith 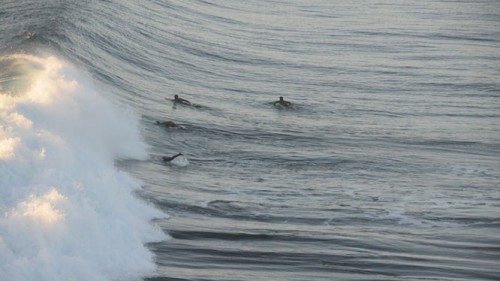 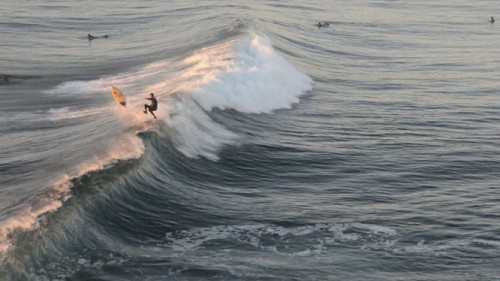 A wave gets away from a surfer, caught here in mid-air
Photography: Eileen Smith 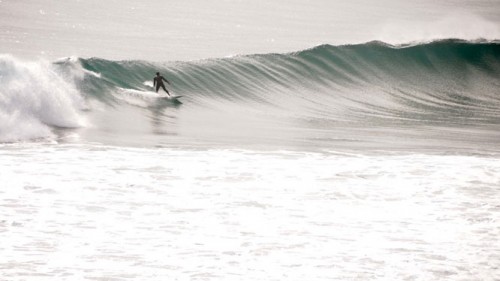 A surfer's hand breaks the surface of the water as he heads south
Photography: Eileen Smith 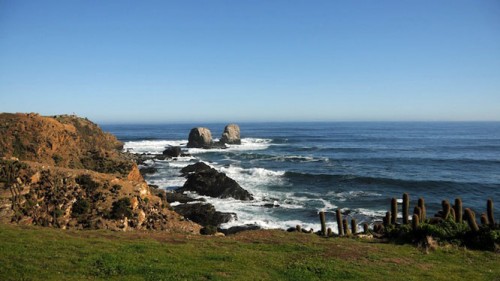 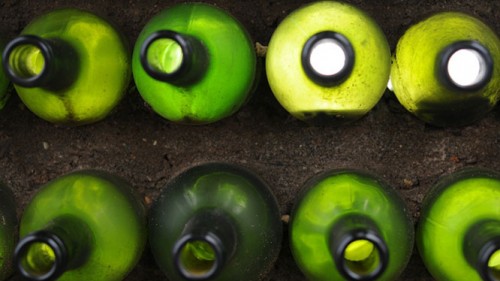 Say surfing and just about everyone imagines Hawaii. The more adventurous swing wide (and south) to Peru. But the really in-the-know surfers dial it down a few more latitudinal degrees, landing about 250 km from Santiago, Chile in a town called Pichilemu (peach-ee-LEH-moo).

Chile’s got about 6,400 km of glimmering blue-green-grey coastline, and no place better for surfing than world-renowned Pichilemu, with its three surf spots: Infiernillo, Puntilla, and for-big-kids-only Punta de Lobos. Every year, Punta de Lobos and its giant waves (some topping 10 metres), bring surfers from as far away as Hawaii to surf all year round, and especially as part of Billabong’s Global Big Waves circuit.

Here long, perfectly crested waves crash onto a dark sand beach some 800 metres away. Surfers experience the best left break in South America, in water that will have even the most anti-pun among us remarking on chilly Chile. The best spots for put-in change with the surf, but given the distance from surf to shore, most prefer to come in off the rocks right at the break, rather than paddle in.

The most special part about this place, however, is for those who like things warmer and drier; the unique geography of the coast gives nonsurfers one of the world’s best look-out spots, with a precipice that overlooks the surfers right at the point where they’re catching the wave. On the cliffside, with its giant cacti (and occasional wayward kitty), you can stand right over the surfers and actually look through the tube of the wave as it laps onto itself.

Pichilemu and the outlying areas have it covered for beach bums-going-upscale accommodations, which tend to capitalize heavily on the elements of water and fire with outdoor soaker tubs andchimineas (wood-burning stoves). Because there’s nothing better after a long day of surfing (or spectating) than a hot soak, a flickering fire and a glass of your favorite (Chilean) red wine.

Eileen Smith is an American expat, seven years into what appears to be a lifetime stay in Santiago, Chile. She’s an editor at Matador Network, a contributor to many online and print magazines, and mantains a somewhat snarky blog at bearshapedsphere.com.

Surfers experience the best left break in South America, in water that will have even the most anti-pun among us remarking on chilly Chile.