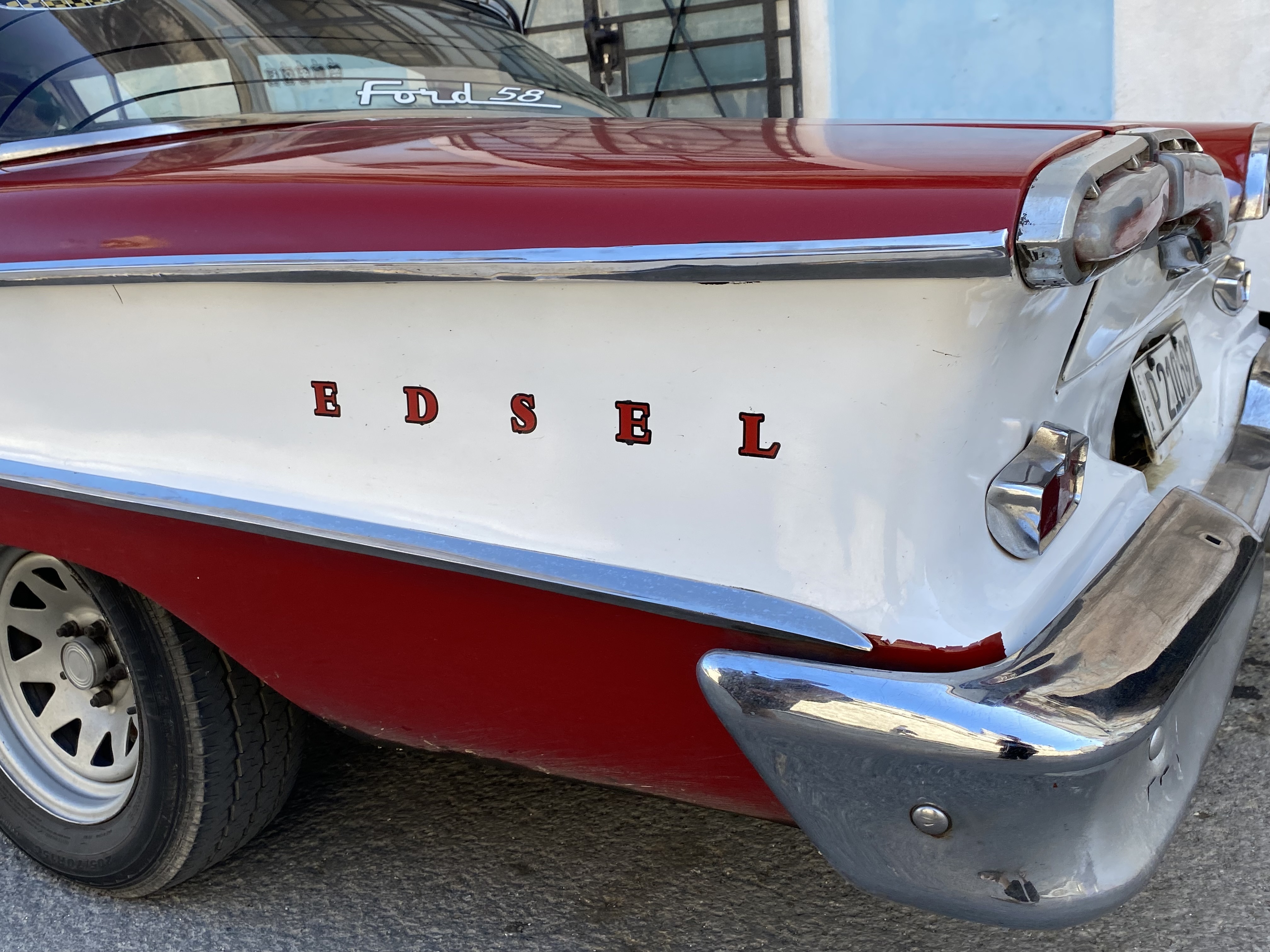 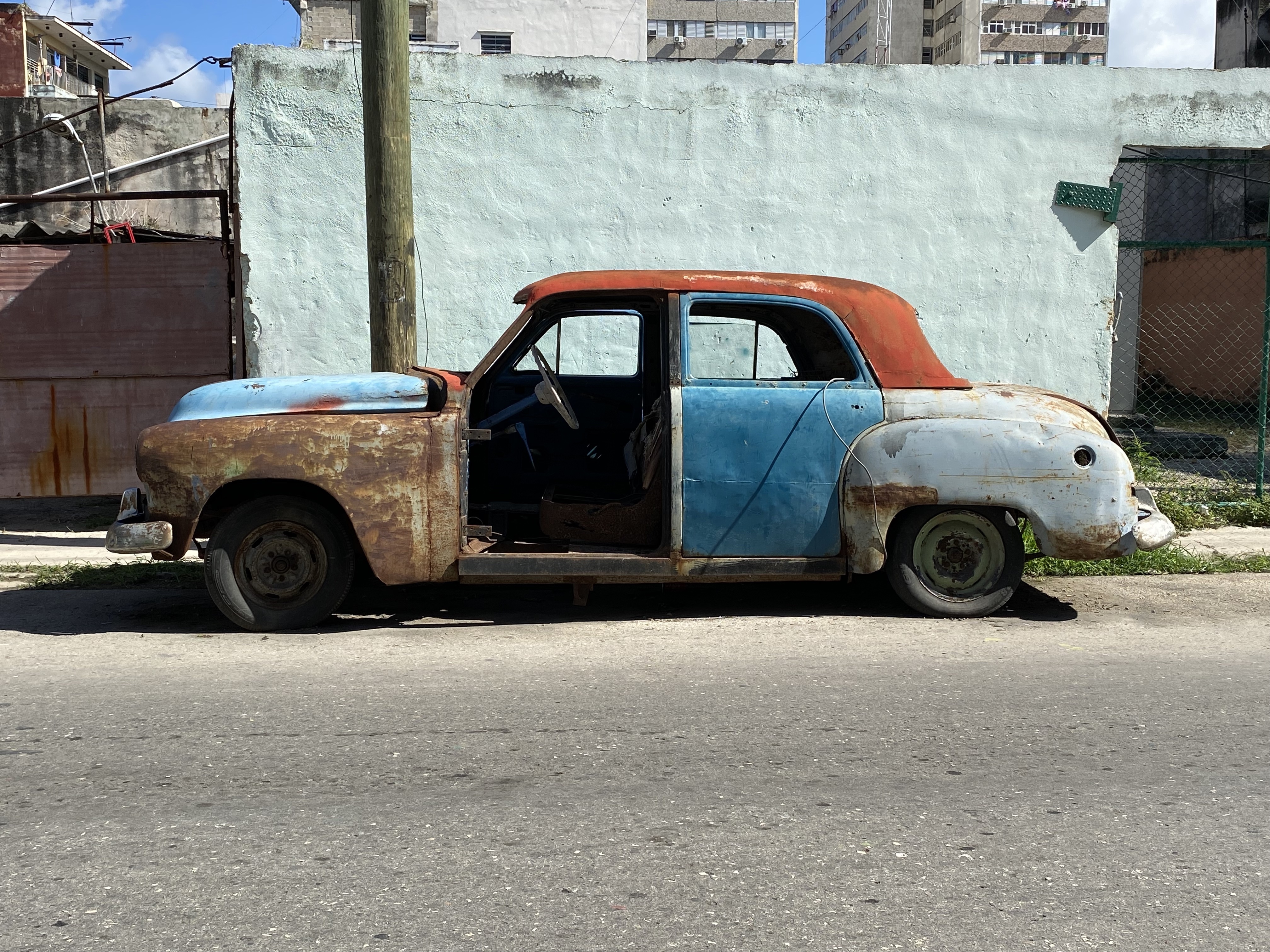 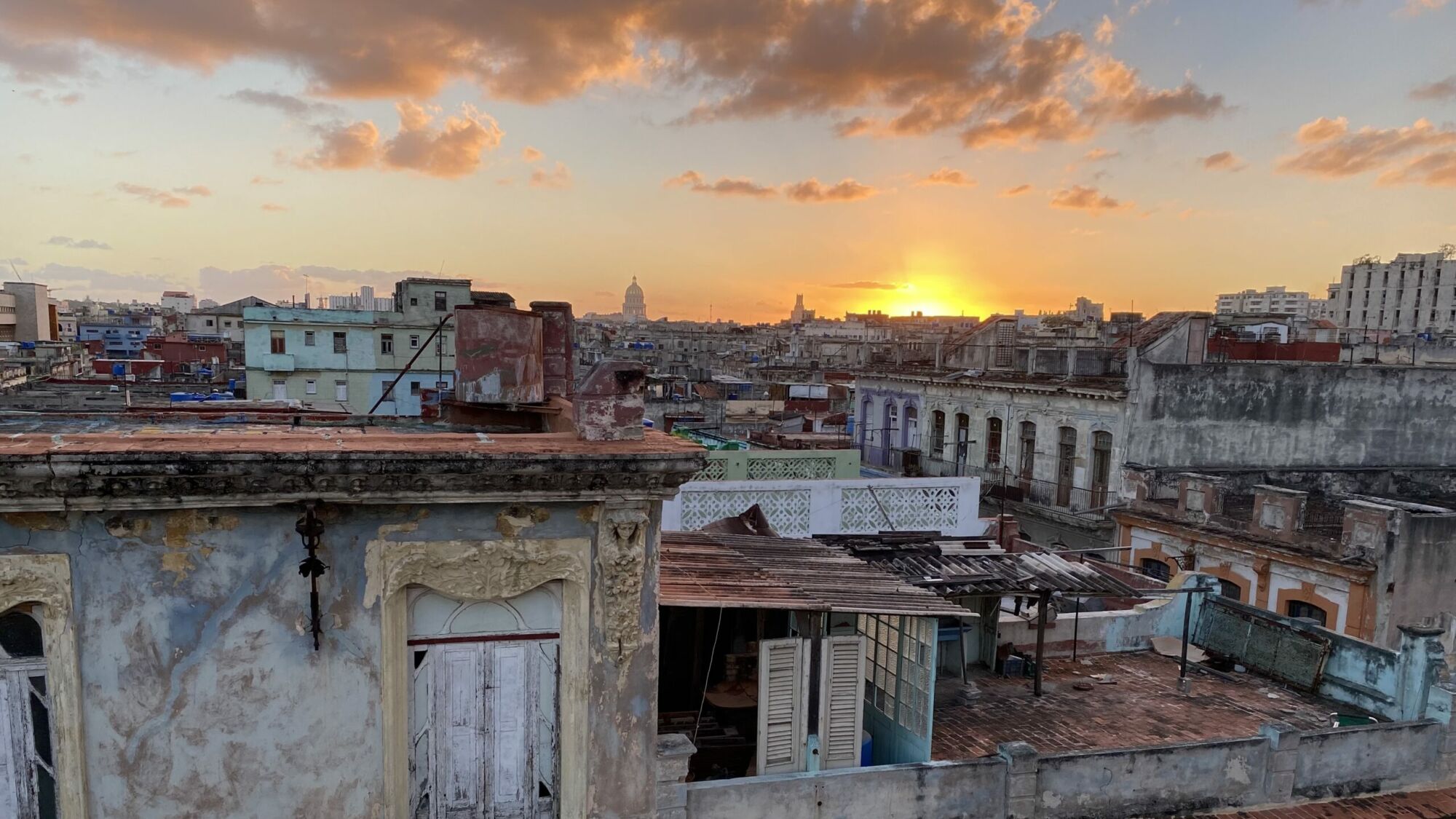 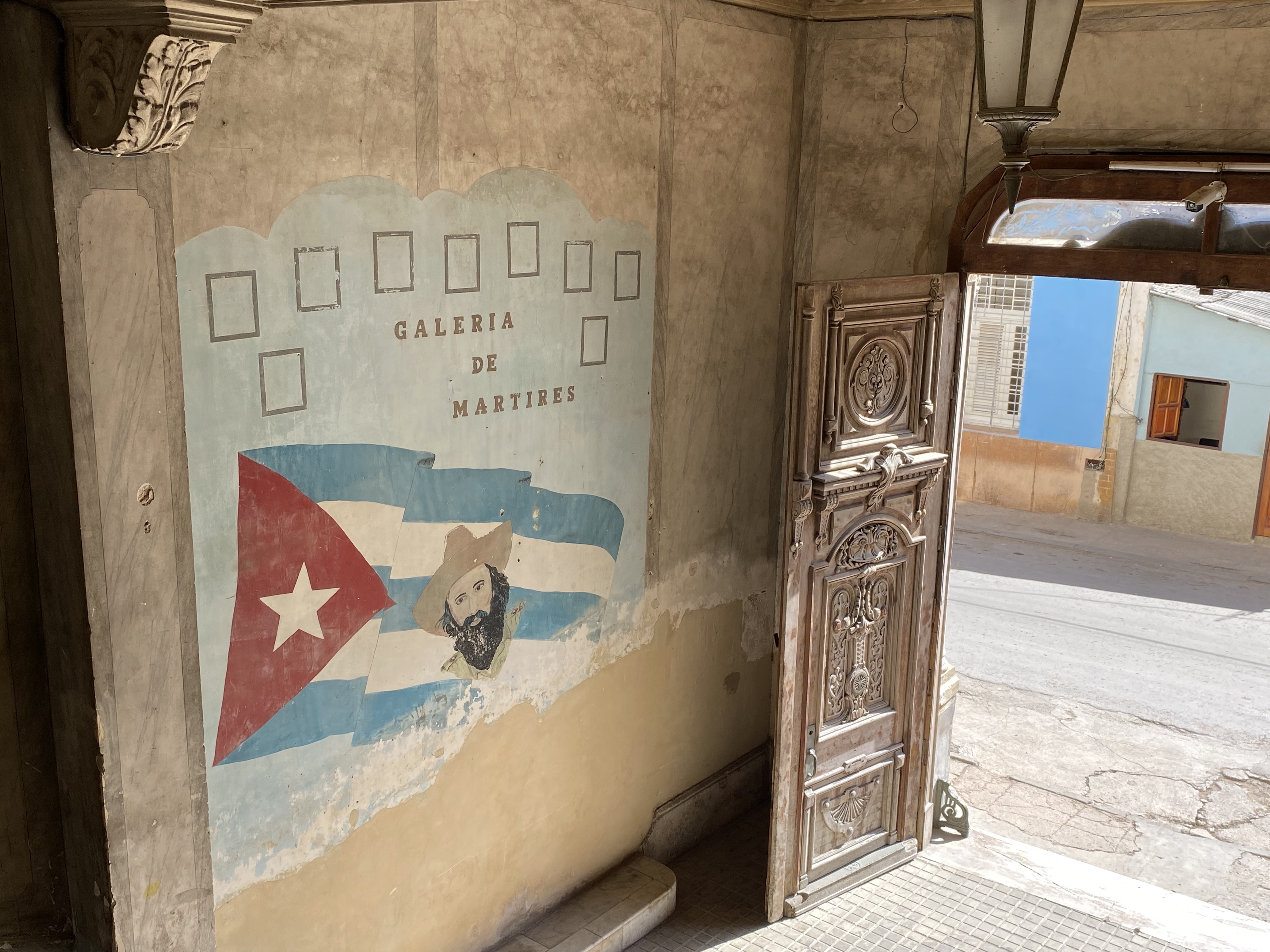 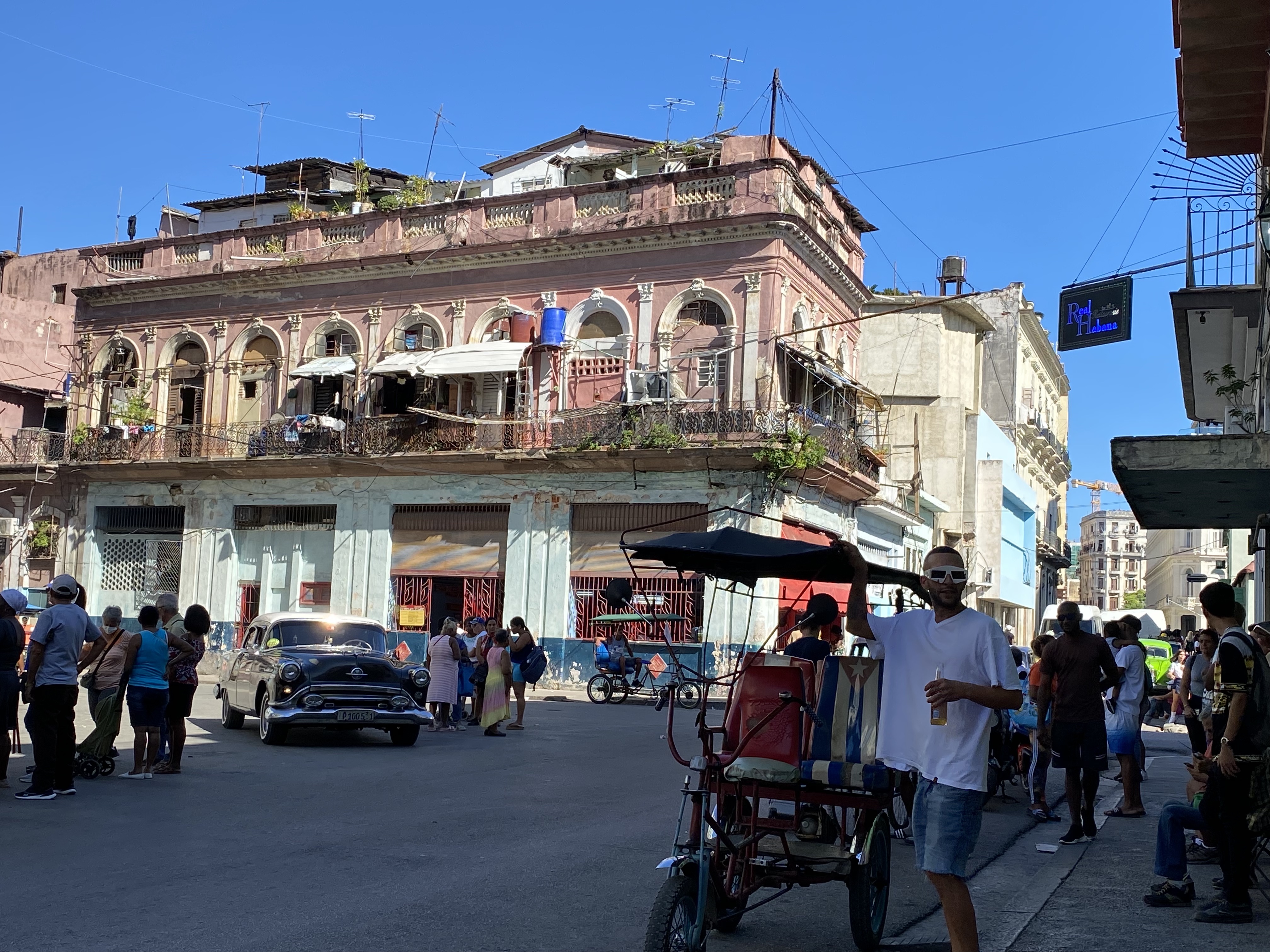 I’ve freshly returned from Havana where I spent time as an ordinary traveler. A trip on my own time, on my own dime, of my own curiosity. I boarded the plane wide-eyed, and with dance shoes and dusty Spanish in tow.  I’ve been fascinated by the dance/music of Rumba, Son, Salsa, Casino Rueda for some time now, including the Santería religion and correlating Orishas.

My base in Havana was in the Cayo Hueso neighbourhood, smack dab in the guts of the city between Vedado and the Old Colonial town. The distance along Calle Neptuno became a daily pilgrimage, a metronome, a stretch of urban life that swayed like a coral reef. Up and down Calle Neptuno, on foot, by rickshaw, by private taxi, each speed allowing for a new layer of observation. Up and down Calle Neptuno, collecting the narratives of Cubans as they turned over the pedals, swerved to avoid a pothole or pedestrian. Each trip up and down Calle Neptuno a skillfully improvised performance, with momentum and clave as impetus. The calle thrummed with produce markets, make-shift nail salons, vitality, neighbours, vintage cars, the odd gym. People in constant motion, hopping on and off sidewalks that were not quite wide enough for two to pass. Others stood still in their doorways, watching. Long lines of Cubans patiently waiting for their daily rations while another with a pen & libretto checked off their name. Brilliant white smiles behind every shade of skin.

Streets were lined with colourful buildings resembling a pastel gelato counter – fresa, pistacho, limon, naranja. The crow of a rooster. The grumble of my stomach as I smelled hot oil from the popcorn machine, reminding me how I was hungry for another delicious portion of ropa vieja. Timba music wafted into the streets through wrought iron bars lining an open window, then out the speakers of a passing car, and then from the live instruments themselves on a corner. One rickshaw driver reached down with a stick to manually change gears as belly laughs erupted from two women buckled over in a doorway. On the return trip, I glanced down a side street to witness a couple dancing son at the end of a dead end street, acquiescing to the contro tiempo beat as dictated by the music. A group of seniors make a circle in a park, polishing their Casino Rueda calls – dame, dile que no, enchufla.

Cuban Salsa dancers who knew in their bones the timing of the body drop, followed by a shoulder shimmy – quick, quick, slow. I learned of ordained men dancing Rumba in all white in the Callejon de Hamel, honouring the various Orishas. Straight rum burned my tongue as I watched a woman in a red dress sing off her balcony, as if she were the star of her own music video. Just below was the rumble of a muffler of a rare Ford Edsel, revving since 1958. In Old Havana, an impassioned horn solo poured out of the La Lluvia de Oro onto the streets where a Cuban in his 80’s turned a few counts of 8 into an agile performance. A few doors down, two artists invited us into their private studio to add to our collection of narratives.

Havana was a sensory Mecca, a Masterclass in the magic of music and movement to cope with life’s very real hardships. There is truth and tang to the art hanging on the walls of La Fabrica de Arte. In the Museum of Bellas Artes, there is a film on the work of Ana Mendieta that stopped time. For every graffiti wall that reads, ‘Socialism o Muerte’, there is dance floor full of resilient people. The constant sway of Havana, the syncopation, the vibrancy is not unlike a Sunday watching the waves crash against the Malécon.

Timba music wafted into the streets through wrought iron bars lining an open window, then out the speakers of a passing car, and then from the live instruments themselves on a corner.