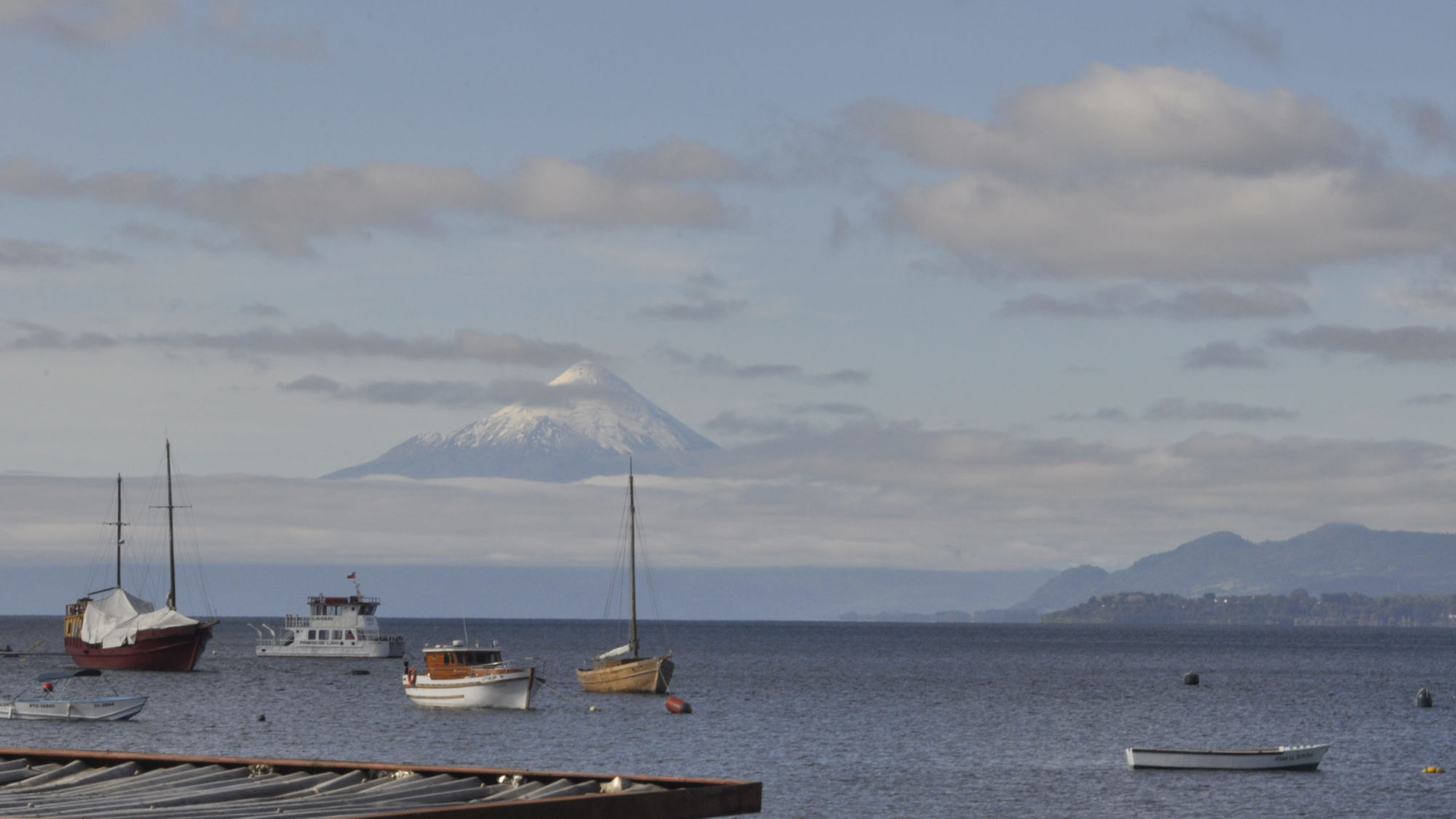 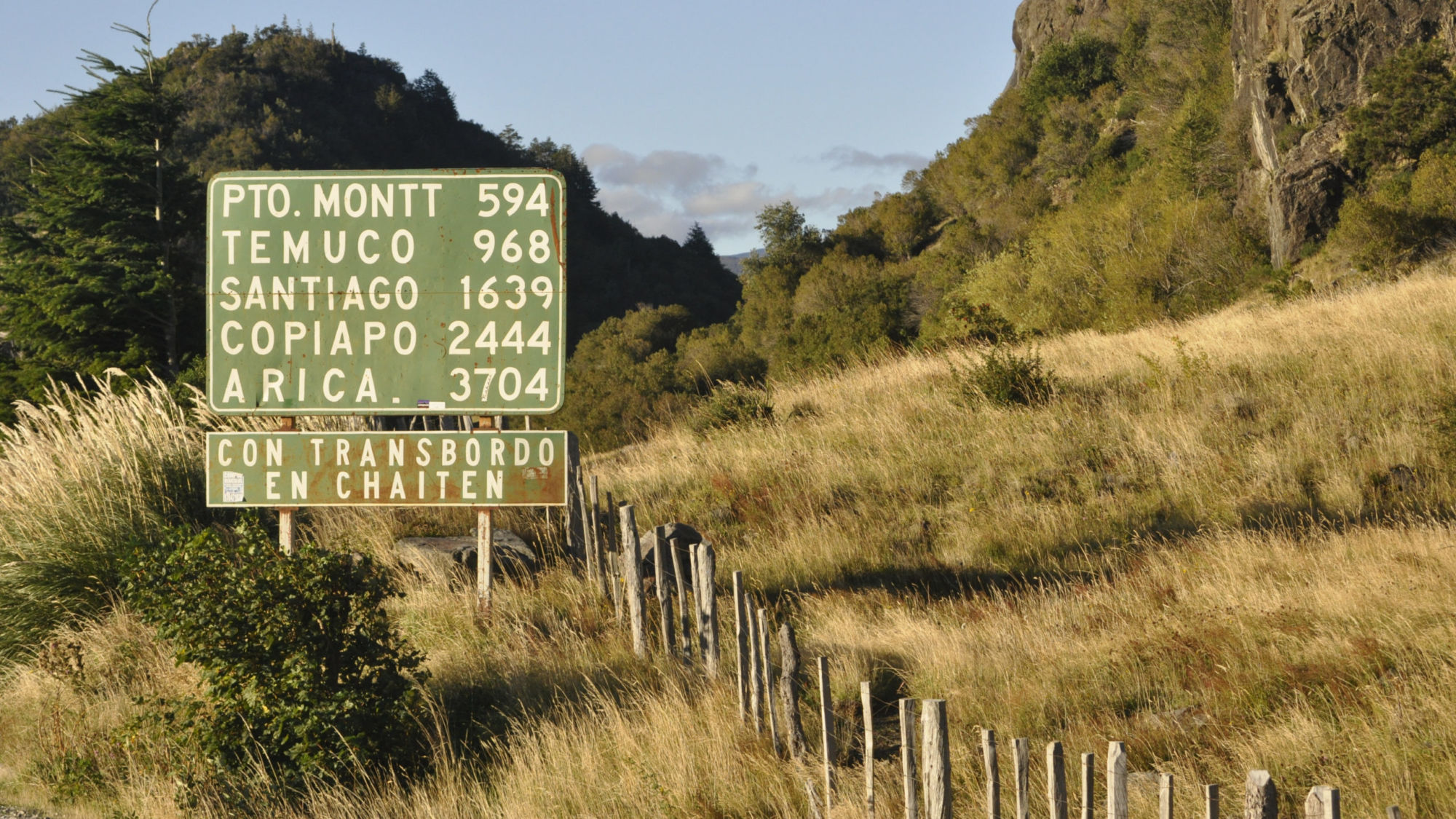 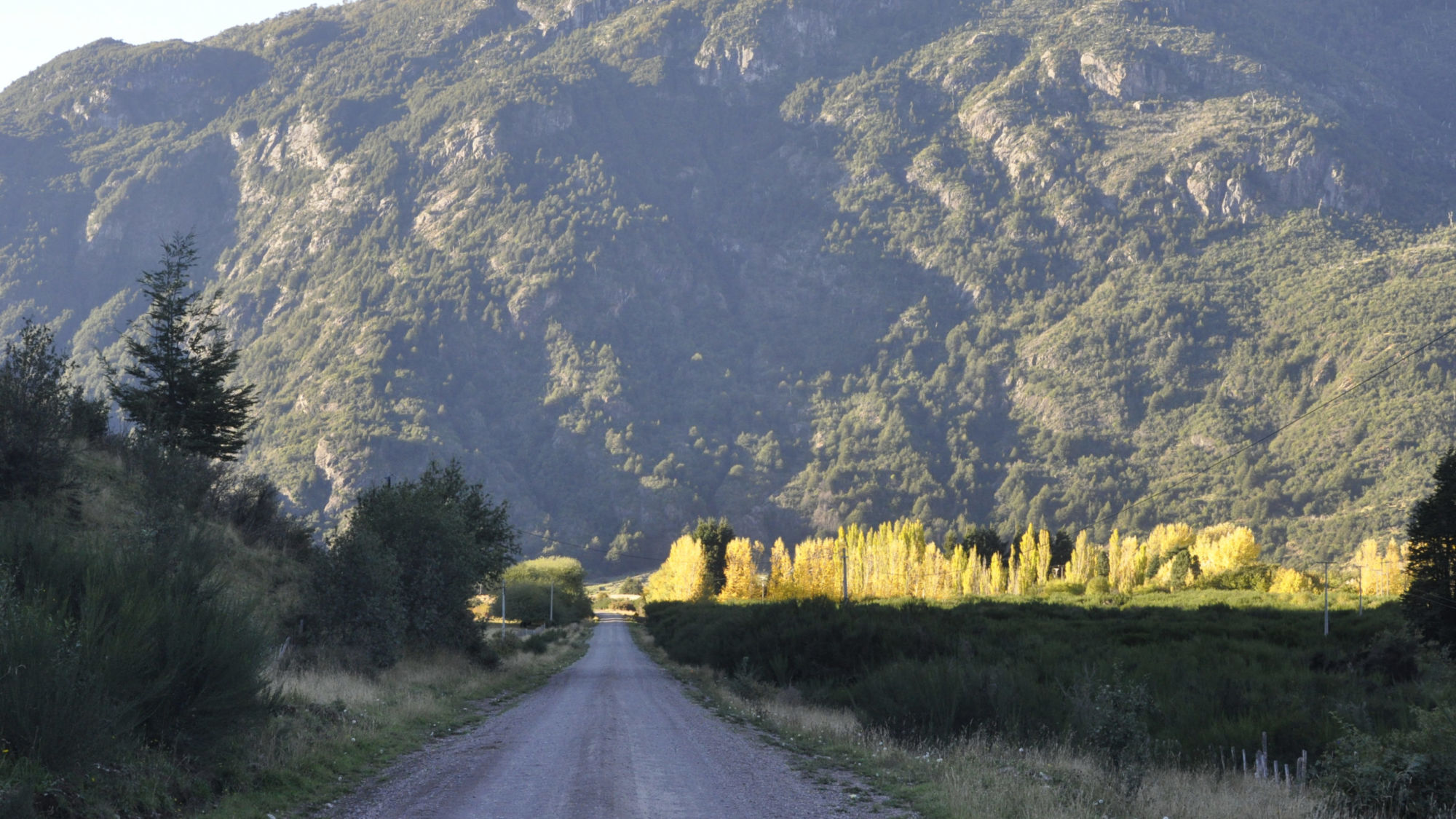 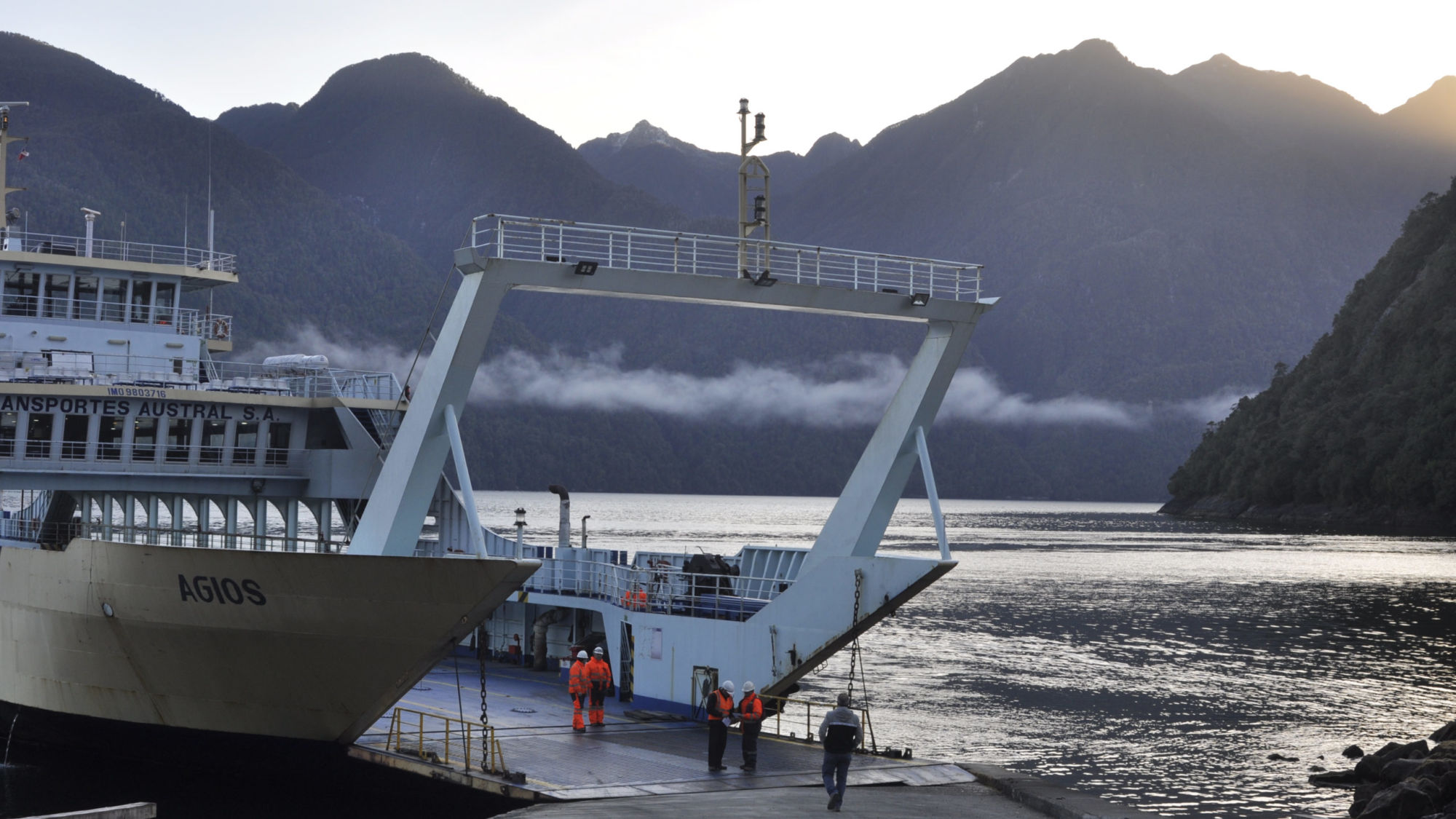 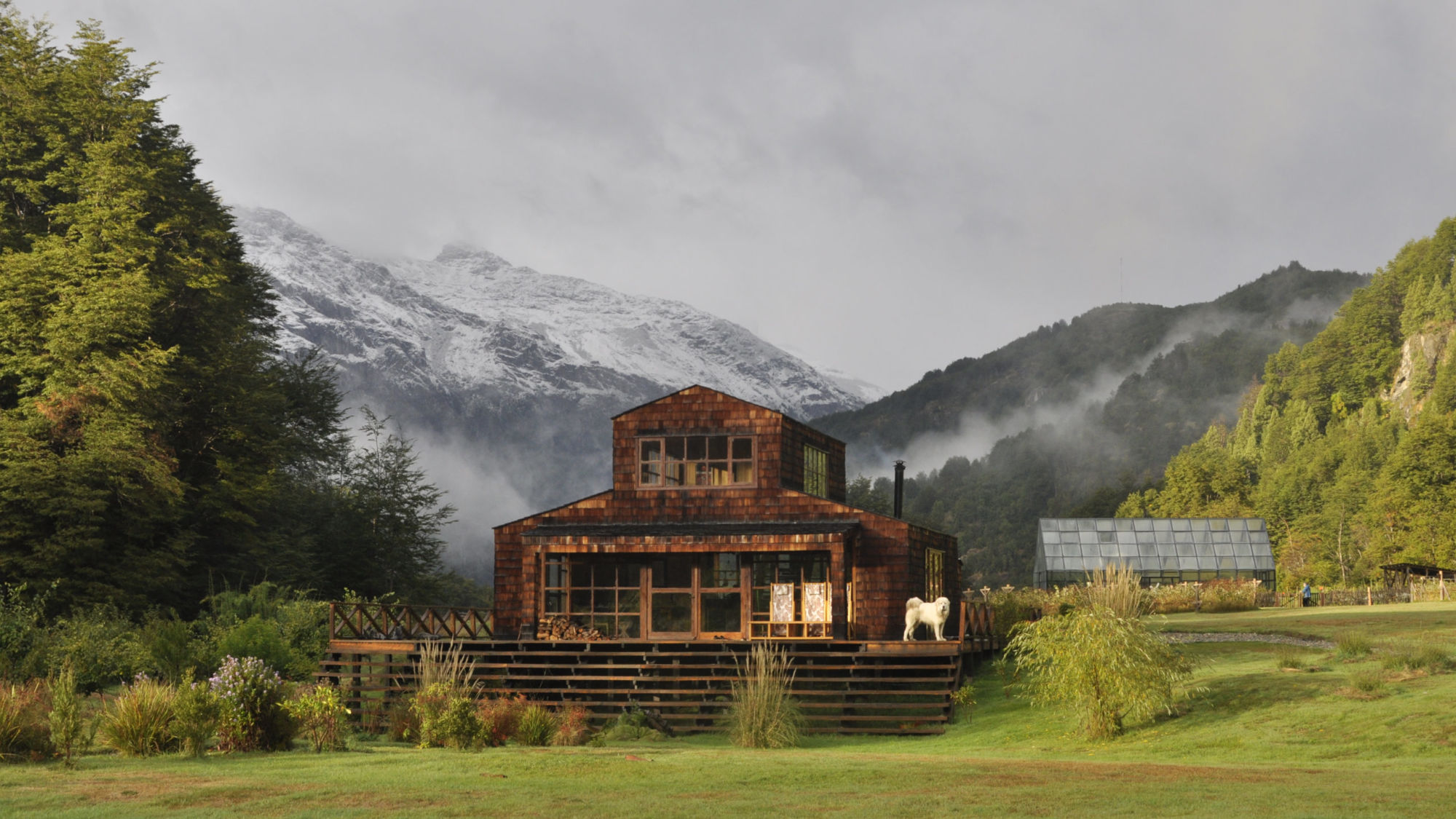 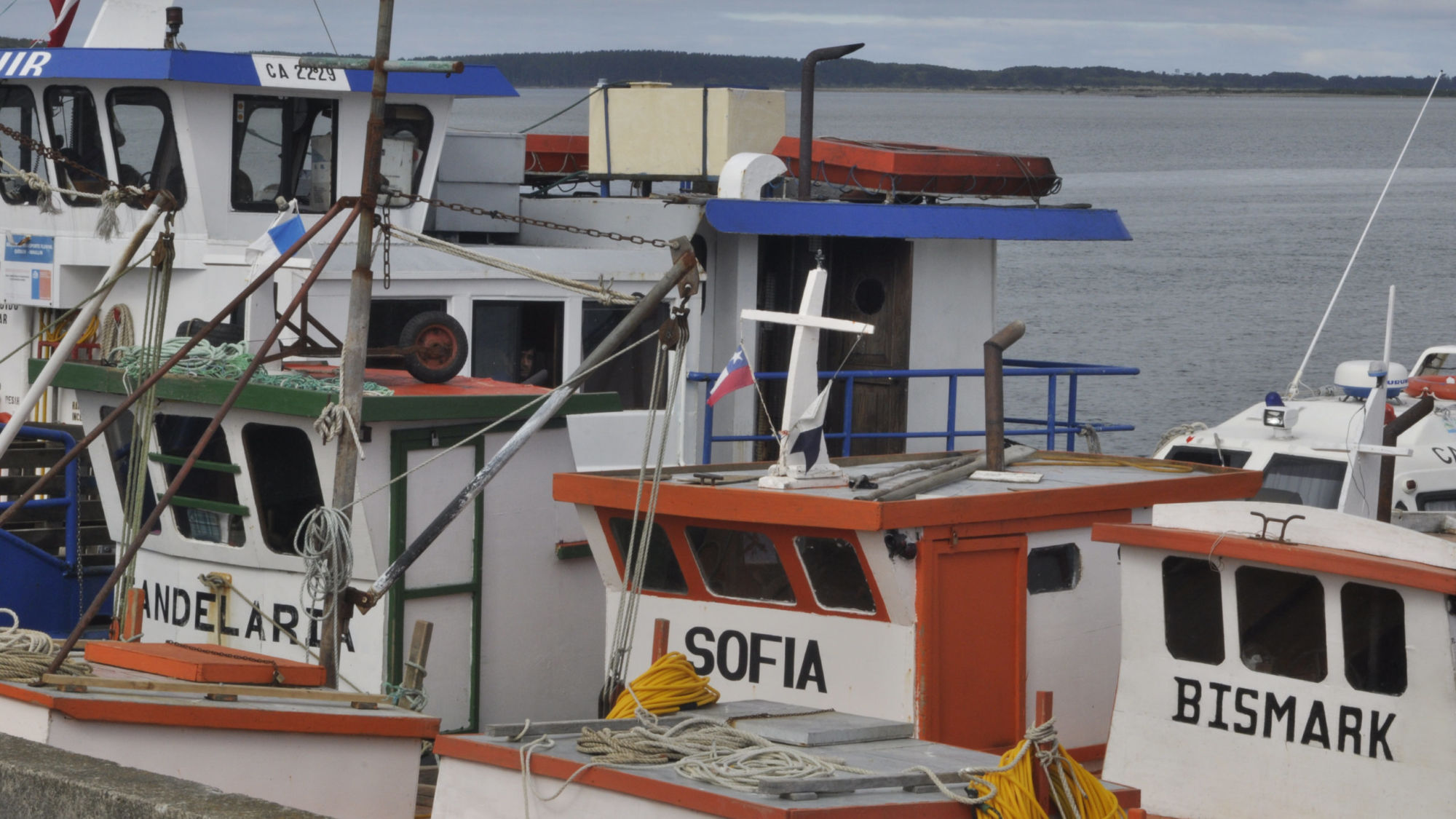 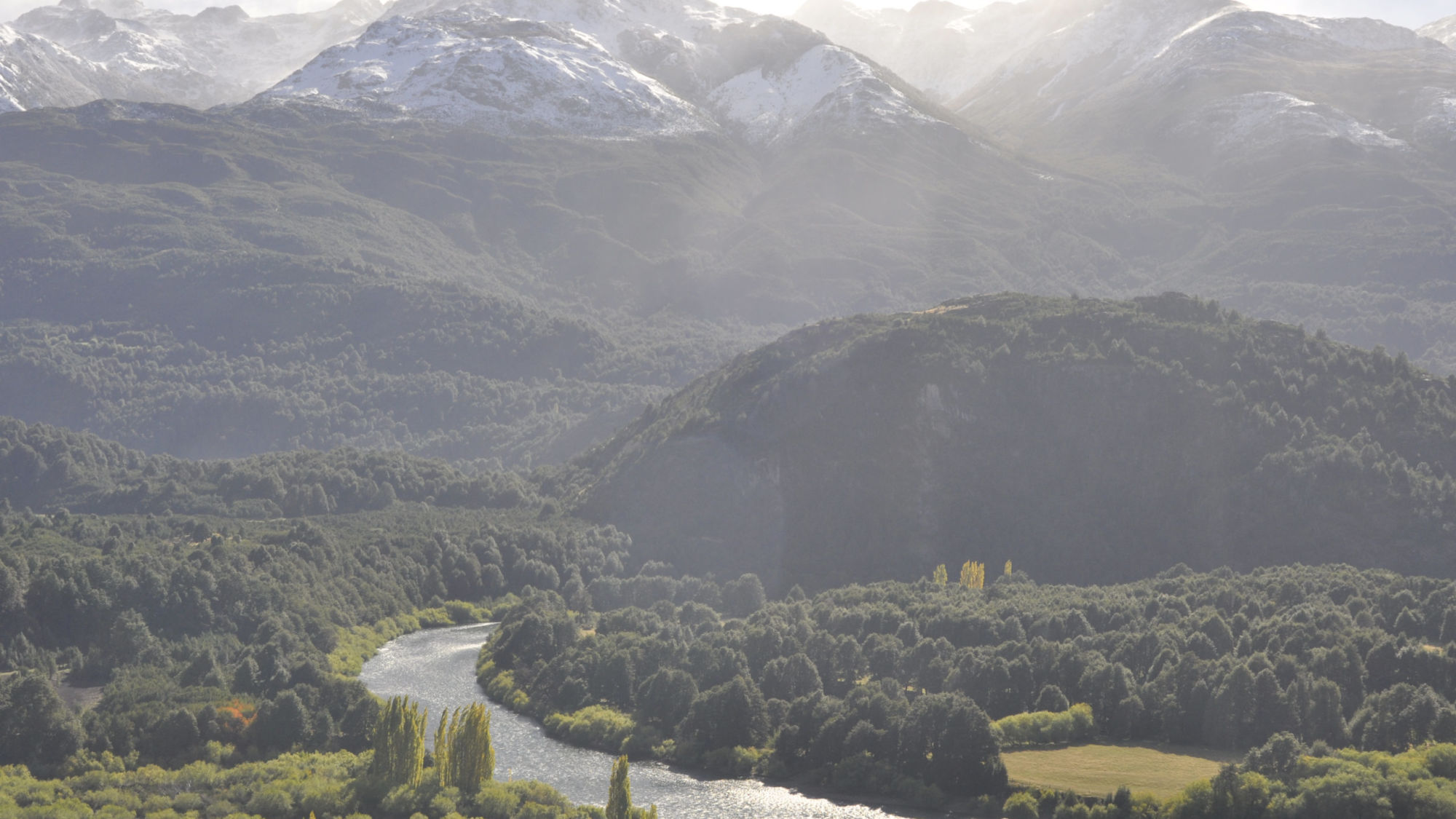 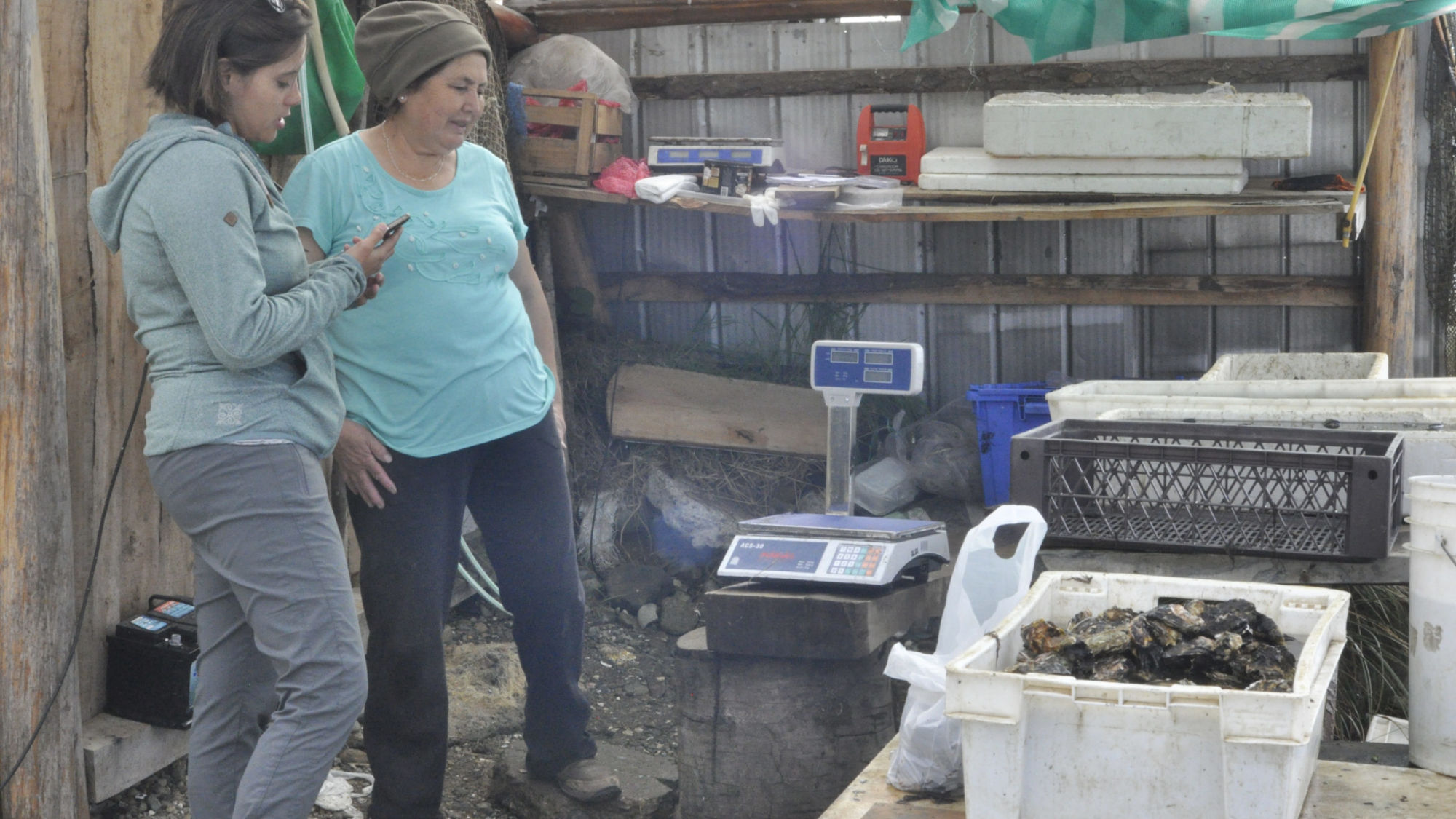 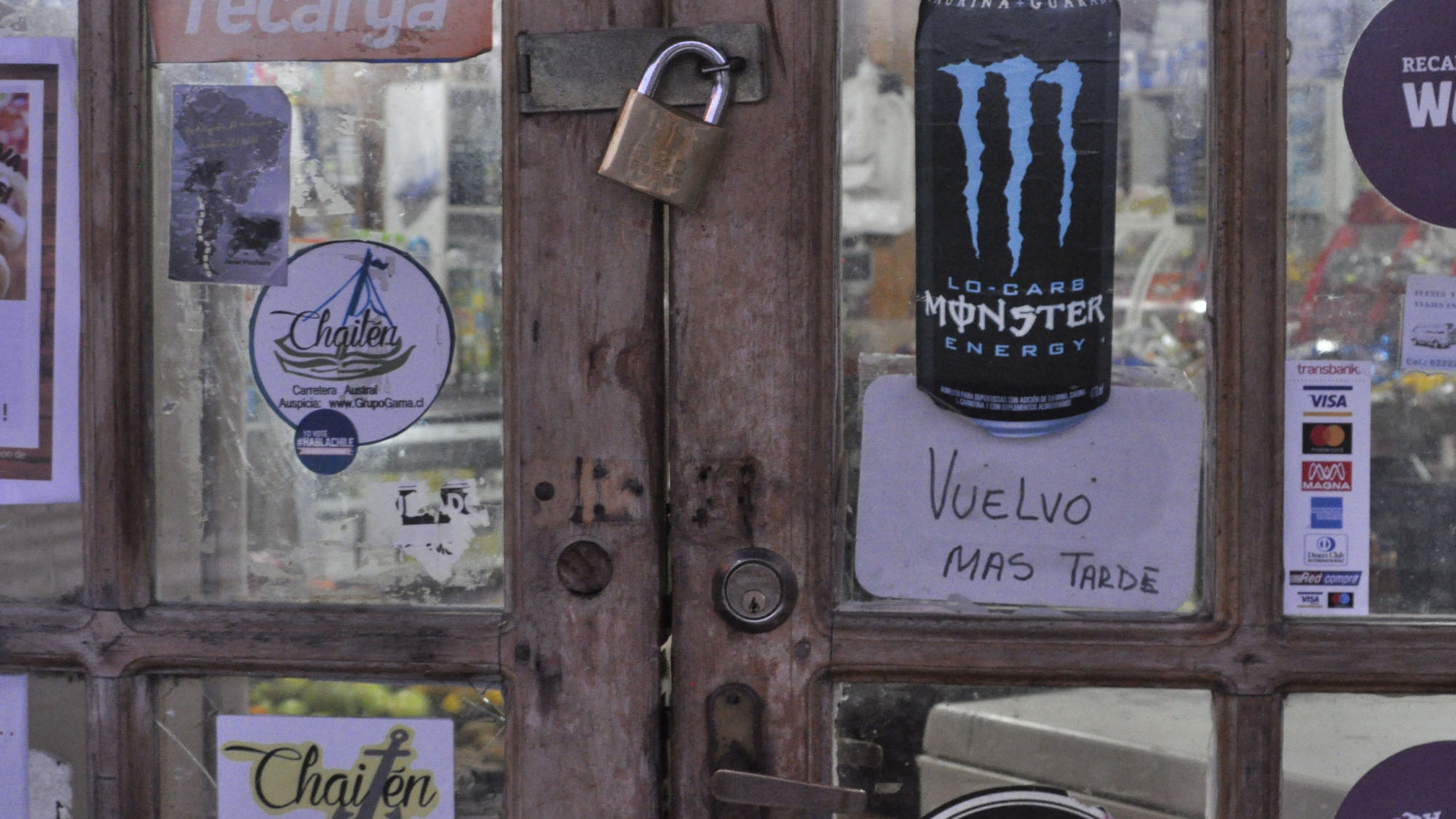 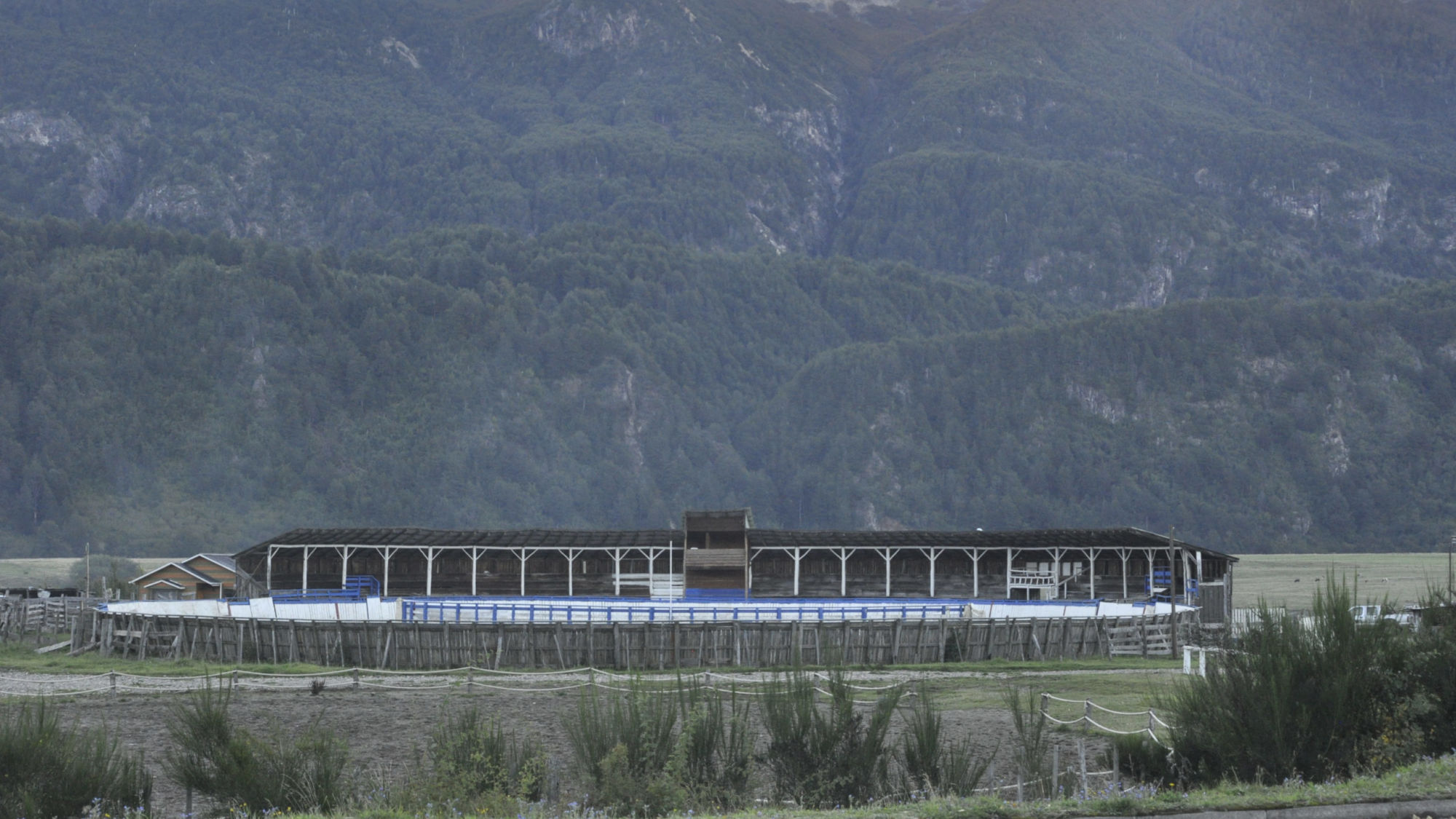 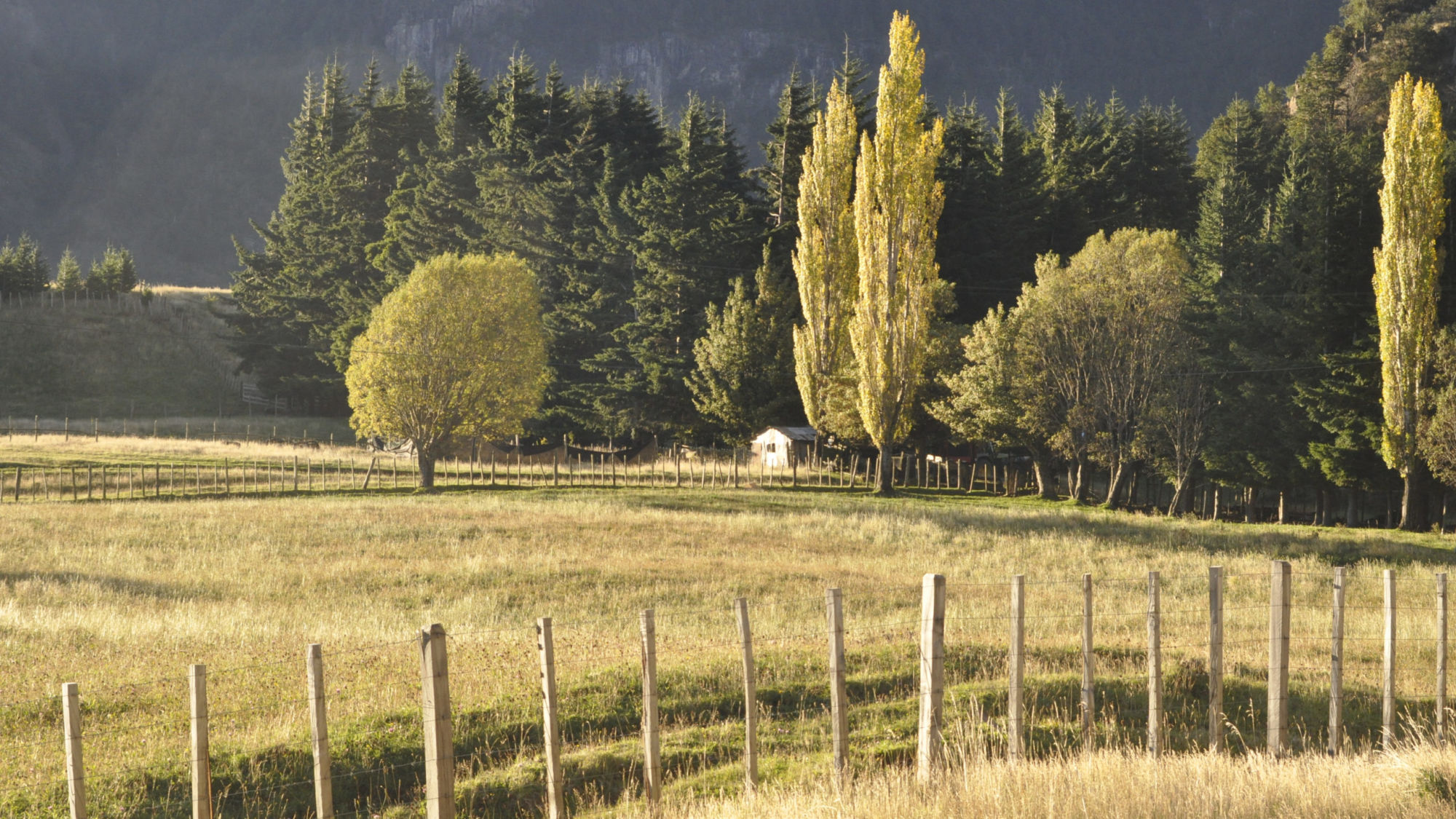 If ever there were a time to revel in plans of future road trips, the moment is now. To imagine remote exploration, untethered from the nucleus of a country, an impeccably well planned but impossible to script journey. Driving along the Carretera Austral or Chile’s ‘Southern Route’, has long been a soul dwelling desire of mine. And the great fortune I had to set out there in 2019 has only heightened the allure to return.

Chile’s slender longitudinal range has often been cast in the shadows of a more portly Argentina to the east. Glaringly obvious on the map, the disparity of square kilometres in Chile as compared to its neighbour could leave wanderlust to concede that the country has little room for worthwhile deviations; which in road trip terms is the essence of the odyssey. I have come to call wanderlust’s bluff in this regard.

The border between Chile and Argentina is marked by the watershed of the Andes mountain range – the highest points along these peaks were determined as the great political divide between the nations, staked and mapped by foot and horseback long before the explorative luxuries of gortex and heli-transfers were imagined. The Chilean side of these mountains tumbles with immediacy to the coast where an emerald kingdom of temperate forests and fjords share a restless existence in ever-changing elements. The Carretera Austral slopes and winds along this corridor in the country’s south. And a road trip along its path is no less than a visual feast at every bend.

‘The 7’ as it’s also called, covers over 1200km between Puerto Montt and O’Higgins. It skirts between Patagonia’s foothills and Pacific seascapes and is peppered with ferry crossings where the road literally stops at water’s edge. Cut from the earth rather hurriedly during Pinochet’s dictatorship in the 1970s, the route’s aim was to improve connectivity between remote communities and thereby encourage increased population in the rural south during a time of escalating territorial disputes with Argentina.

A stubbly dirt road in its entirety for those first few decades, they’ve been paving the Ruta Austral for years now. Regardless, it’s still known for devouring spare tires and large swaths of time in order to complete it, and the remaining earthen stretches are part of what has kept this area underexposed to even the most passionate road trippers and outdoor adventurers. Isolated, still sparsely populated, and almost surrounded head to toe with national parks, the logistics required to bring a trip to light in these far flung parts can be savoured as much as the journey itself. An ode to those places that remain difficult to reach in this world.

One could take a week, a month (or a lifetime), to get to know this part of Chile. It all depends on how much digging you want to do 5km, 50km + from the route itself. It can also be traveled in chapters over a span of time, like a pilgrimage so that all those delightful deviations can be played out, eventually. To divulge just a bit, along the Carretera lie 28 million acres of protected land within 17 National Parks that make up some of the most dense wilderness in the country and the continent for that matter. An infinite web of hiking trails, obscurely hung glaciers, volcanoes, lakes and fjords shrouded amidst the roaming folds of cloud.

A significant part of Chile’s National Park system today was terrain not long ago acquired by Tompkins Conservation, a land conservancy founded by North Face creator, the late Douglas Tompkins and his wife, Kris. Since Tompkin’s death in 2015, this land has been handed over to the Chilean government under terms of protection and re-wilding. The parks born of this collaboration represent an incredible investment in the country’s natural heritage and welfare, as well as economic development from budding tourism and conservation sectors that should evolve for decades to come. Tompkins’ quest for land conservation has never lacked ethical scrutiny however; with criticisms of prioritizing wild places over human spaces coming from Chileans and foreigners alike. I had more than one conversation in this regard during my travels along the Carretera, namely over situations where individuals or communities were required to relocate lives or reinvent livelihoods (especially in traditionally agricultural, forestry or mining-based areas) due to the abrupt change of land designation.

There are few places on this earth where such a concentration of remoteness exists like in southern Chile, allowing everything to feel singular; from eye-contact with the human being or animal you pass by every few hours, to lodges nestled in settings impossible to imagine until you descend that final bend of the day. The blissful anticipation of such a dwelling after a long traverse, offering respite from the dusty road or trail and the warmth of company, comfort food and the glow of a fire. So was my experience.

While driving the Carretera, I learned quickly that each chance for human interaction, each opportunity to fill the tank, is a rare gift; it’s unpredictable to know just how long the next 50 km could take. My first day on the road, in Villa Mañiguales, I laugh aloud at the ‘Urban Area’ sign as I enter ‘town’, alerting people to take advantage of resources while they can. Businesses on the only street are necessity-based: food, shelter. You can hear and probably even spot the pin drop for the quiet that has settled in with autumn. I pull over, compelled. This will be the last populated area until I reach my lodge in Puyuhuapi. I can see the community rodeo stadium is filled with empty benches and I wonder where all the people come from to sit in them; I seem to be the only tumbleweed to blow in for some time.

I head into a kiosk to purchase a jug of water, never a bad idea but really an excuse to exchange a few words with whomever is inside. The woman who appears must be the clerk, the cook, server, entrepreneur, the everything of the shop. After some polite conversation and browsing, I arrive to the counter with my wares. She asks, ‘Will that be everything?’

‘Are you certain?’ Her eyes drift towards the road and dimming light. A persuasion so masterful, with a smile I add a couple of chocolate bars to my order.

In a moment I’m on my own again,  grateful for my chocolate on this dirt road that fumbles down into a valley. An old wooden barn seemingly still in use, stands at an un-shoutable distance from the roadside, defiantly exposed to the wind and the day’s final shreds of sunlight. It’s a tiny refuge in a backdrop of explicit wilderness. At a time of reckoning our explosive impact as a species on the environment, there is something redeeming in witnessing humble human traces such as this, in attempts to inhabit a place rather than to dominate it.

Nancy started rambling the rural routes of Chile and Argentina before the days of Google Earth and though she has great respect for the GPS, her preferred means of orientation is still a hybrid of paper maps and roadside conversations. Get in touch with her to scheme your guided or independent road trip in the south of South America.

It's still known for devouring spare tires and large swaths of time in order to complete it, and the remaining earthen stretches are part of what has kept this area underexposed to even the most passionate road trippers and outdoor adventurers.