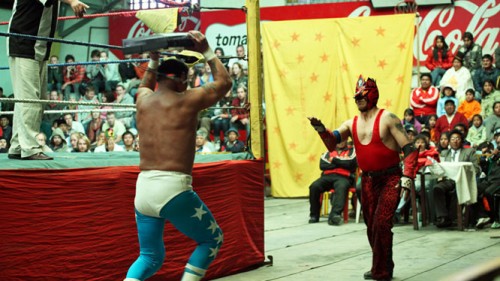 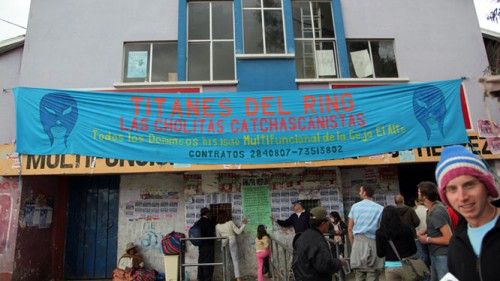 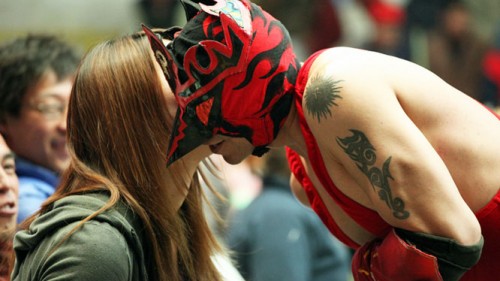 “Do you come to El Alto often?”
Photography: Nicholas Gill 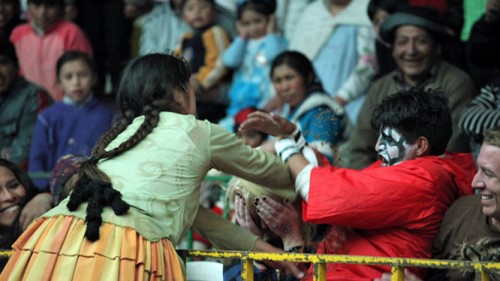 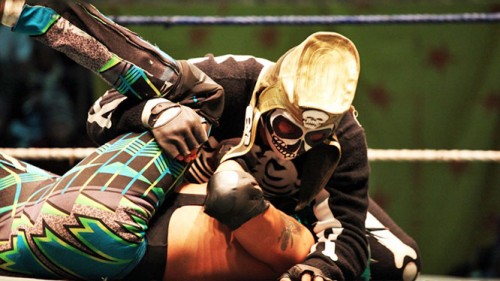 Down for the count
Photography: Nicholas Gill 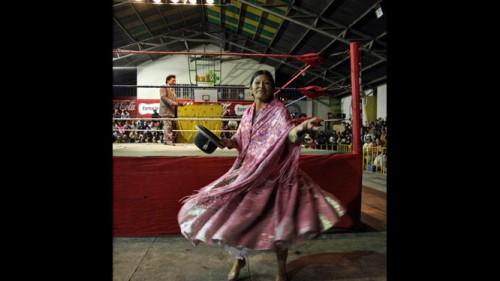 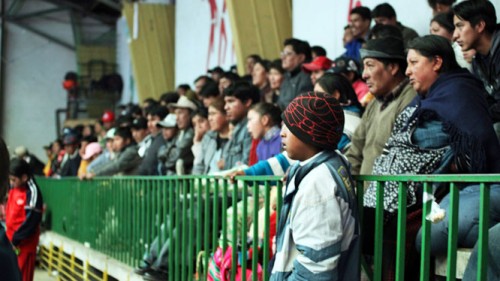 Once the aging Mr. Atlas hit his opponent with a record player, I perked up. Dressed in outdated lycra masks and tights that recalled Wrestlemania II, they battled it out in the La Paz district of El Alto. But the men are just the warm up. The women are the heroes here.

Las Cholitas Luchadoras, or the Fighting Cholitas, is a rather odd professional wrestling outfit that features cholitas, indigenous women dressed in traditional Andean clothing, fighting primarily men though sometimes each other; it has become the favorite pastime of this impoverished, high altitude city. The women wear bowler hats and elaborate dresses that are more Andean beauty pageant than reality TV. Yet they punch, they jump off the top ropes, and they climb into the stands chasing their opponents, who always fight dirtier. Little girls are inspired against the injustices of a predominantly male dominated society. The women here always beat the men and the crowds are always for them. It’s like Hulk Hogan facing Andre the Giant again and again for three hours, but if Hulk was an attractive and altruistic female.

El Alto, so named because it sits on the windswept altiplano above the rest of Bolivia’s capital, is not La Paz’s most buzzed about tourist attraction. It’s undeniably poor and hard to reach. Other day trips like cycling down the world’s most dangerous road or exploring the Witches’ Market are far more common tourist activities, though they aren’t exactly the kinds of things Bolivians enjoy. Here, the inflated (yet inexpensive) tourist admissions help the primarily Aymara and Quechua community to come to the matches at discounted prices. You get a front row seat, and they wholeheartedly appreciate the support. To bring tourists to El Alto each Sunday, agencies in the backpacker neighbourhoods pool together for old American school buses to transport visitors up 2,000 feet of winding roads. By the time the show ends and the buses make their way back down, night has already fallen. La Paz is stretched out below in millions of twinkling lights. It takes a flying elbow to really appreciate the view.

Writer and photographer Nicholas Gill lives in Lima, Peru and Brooklyn, New York. He blogs about Latin American food, drink, and travel at New World Review and his work has appeared in the New York Times, Los Angeles Times, CondeNast Traveler, National Geographic Traveler, and Afar. That’s when he’s not busy picking fights in one of his lycra outfits, of course.

It's like Hulk Hogan facing Andre the Giant again and again for three hours, but if Hulk was an attractive and altruistic female.