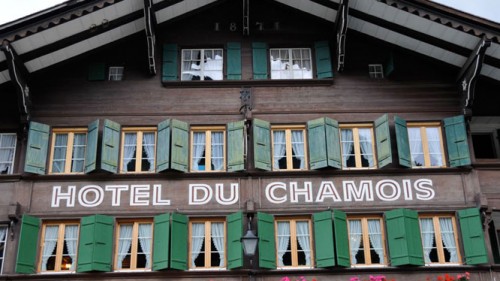 Neat and tidy on the outside
Photography: Jack Dancy 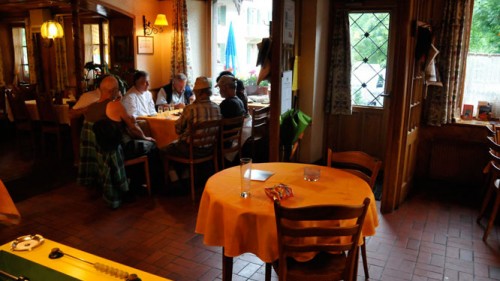 Smoking, drinking and baby-foot on the inside; the chef chats with the locals
Photography: Jack Dancy 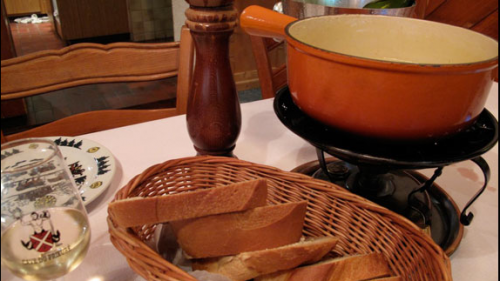 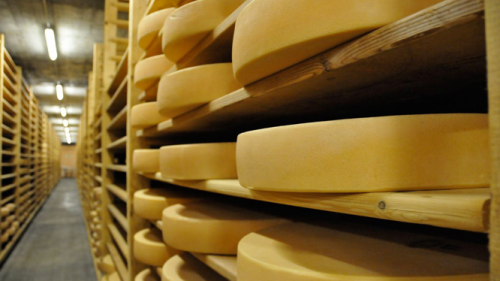 Cheese upon cheese ageing in the cellars; each one in this funky room is nearly two feet wide
Photography: Jack Dancy 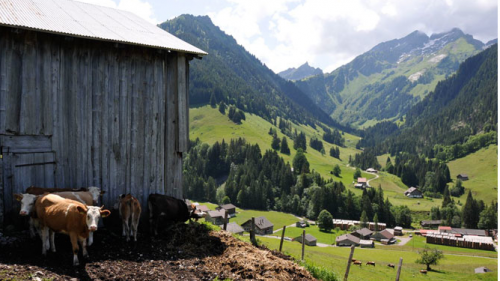 That's Etivaz in the background; in the foreground, one of its star inhabitants
Photography: Jack Dancy 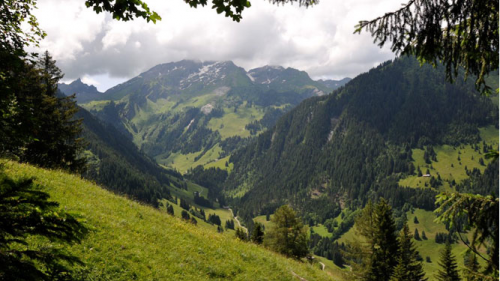 Forty minutes out of the village and climbing steadily
Photography: Jack Dancy 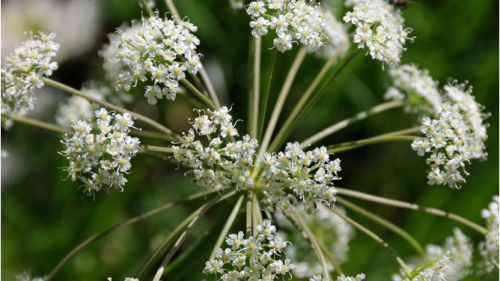 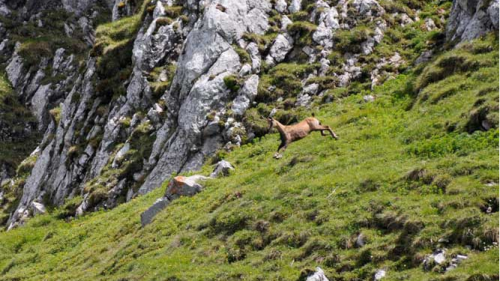 Unfortunately, these guys run too fast to be milked
Photography: Jack Dancy

The view from the Plan de la Bouve, above Etivaz - it's highest pastures, at 2000m
Photography: Jack Dancy 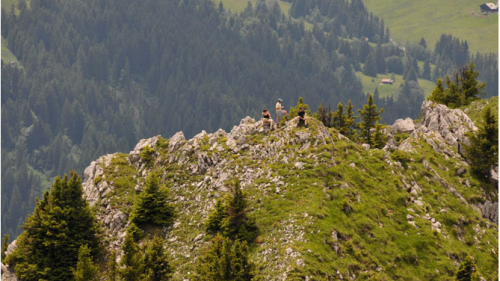 The Etivaz local is better known for picking a good picnic spot, than for his choice in denim hotshorts
Photography: Jack Dancy 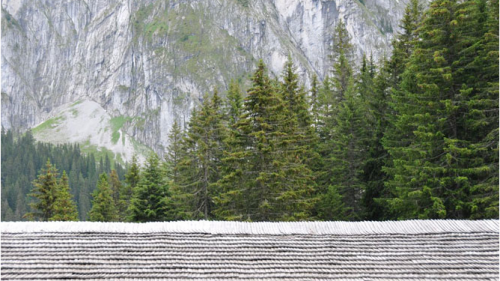 An Alpage chalet, where the cheese is made before heading down to the village to age
Photography: Jack Dancy

In my book, any place that owes its existence almost entirely to cheese can’t be all bad. L’Etivaz in Switzerland’s Pays Duhaut, source of the best ‘alpage’ cheese in the known universe, is just such a paradise.

Picture the scene: soaring mountains, spiked forests of pine, patchwork pastures of glowing lush grass, the jingle of cow-bells babbling around the valleys… i.e. achingly pretty. Beneath it all, stretched along the banks of a rushing stream and facing towards the southern sun, is the village itself, at 1000 m altitude, made up of vast old wooden chalets with shingle roofs and carved facades, window boxes, doily curtains and painted shutters… i.e. cringingly cute. But this would be just another picture perfect Swiss village were it not for the crazy cheese-making genius of the local population. They’ve had 1000 years to perfect their art, and it seems like they’ve put every last second of it to good use.

Alpage cheese is cheese made purely from the milk of cows grazing on the grasses of the high pastures up in the mountains, from around May ‘til October. In the summer months, the pasture is lush and thick, full of alpine flowers and iridescent grass. The resulting milk is rich and tasty; a mouthful of the cheese made from it has the tang of a billion blades of grass, of the pine-wood smoke used in the initial cheese-making, and of many months’ carefully-managed fermentation and ageing in the cellars.

70 families in total tend the herds and produce the cheese that goes into the Etivaz AOC, which is the oldest in Switzerland. (Gruyère, down the road, is an upstart populist pretender to the throne). These families take their animals higher and higher up the mountain as the summer progresses and the blossoms rise higher with the season. Some of them own two or three chalets at different levels of altitude, the highest being way beyond the reach of telephone and electricity, where they’ll spend the high summer. Natural springs provide the water needed to make the cheese, clean the implements, and for family living. Amazingly and wonderfully, children are given special dispensation to extend their summer holidays by a few weeks on either end, and spend the summer months up high working with their families, living in pastoral bliss. It’s enough to make you want to marry a local wench and surrender to the simple life of hard work and great cheese.

If you’re more interested in tasting some cheese than in becoming a cowherd, this is done in the village shop, where you can also visit the cellars of the Cooperative that markets all of Etivaz, and where you can also see the robot that turns over, cleans, and salts the thousands of ageing cheeses they have there. Yes, they actually have a cheese robot. You can also taste the different types, and purchase vast blocks at 1/5 the price it’ll fetch in Geneva or Paris. If you’re there in the summer, chances are you’ll see one of the farmers arriving with his new cheeses, just a few days old, to begin their eight months of careful ageing.

Finally, trite as it may sound, I’m hard-pressed to think of a cheerier bunch than the various Etivites I met; from hotel owners, to cheese-makers, smiling passers-by, and all the many people I had to ask for help when I got lost hiking. On the suspicion that it’s something in the water, I filled up 10 bottles at the village spring, and brought home more cheese than will likely fit in my fridge. Watch this space. Or book a weekend at the Hotel de Chamois, and see for yourself.

We’re such a fan of L’Etivaz, we’ve written about it twice in a matter of days. Sound off about who wrote about it best, Jack here, or Mike there.

In my book, any place that owes its existence almost entirely to cheese can’t be all bad. L’Etivaz in Switzerland’s Pays Duhaut, source of the best ‘alpage’ cheese in the known universe, is just such a paradise.