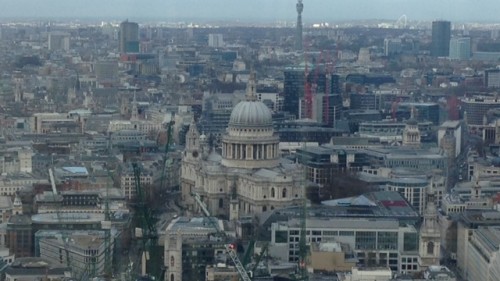 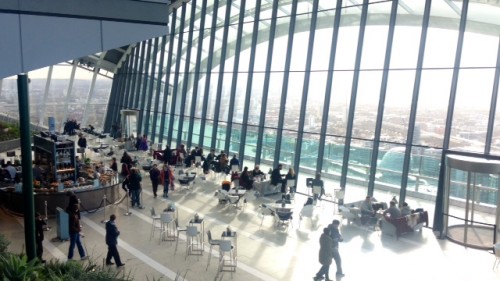 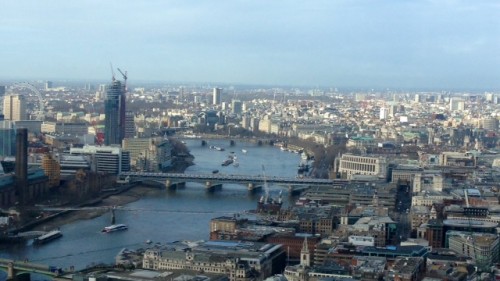 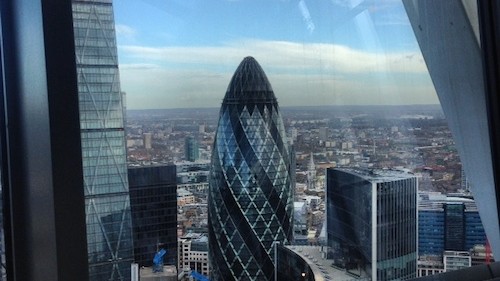 View of the gherkin from the walkie talkie
Photography: Anton Lynch 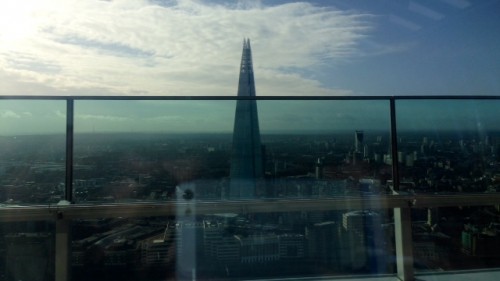 Arch nemesis: The Shard across the river
Photography: Anton Lynch

There’s another big kid on the block in London’s ever-growing high-rise City. Officially known as 20 Fenchurch Street, unofficially and widely known as the “Walkie Talkie” due to its shape, the building is a gleaming edifice rising over lovely Leadenhall Market. The 37-storey building by world-renowned architect Rafeal Viñoly has a distinctive shape in that it widens as it rises to its apex.

Amusingly (for some), over the summer last year it was for a while renamed the “Walkie Scorchie” when London temperatures rose and the reflecting sunshine from the tower caused cars below to melt. The intense heat was said to buckle one Jaguar XJ, among others. The issue was resolved with a brise-soleil permanently fitted to the building.

Recently the “Sky Garden” has opened: a rooftop garden, cafe and two restaurants. The term garden may be over-reaching a little; yes, there is some landscaped foliage, but it hardly constitutes a garden. However, the view is all you need. It is epic and majestic all around and rivals its tall neighbour over the Thames, The Shard. Plus, unlike the Shard, it is free to go up to the top. For access to the summit, one must book in advance, and at the moment the vibe is a bit like an airport lounge in the sky (not helped by the airport-like security on entry). Be that as it may, there’s nothing so bad about visiting the cafe in the sky and having a morning coffee whilst taking in the giddy heights. Perhaps given some time, the greener aspects of the garden will grow.

Anton is our favourite Latin American expert living in London. He sometimes tells new acquaintances that he no longer drives his Jaguar “due to the melting incident of 2014.” Sure, that would explain his almost exclusive travel around the city by bicycle… we’ll go with it.

The intense heat was said to buckle one Jaguar XJ, among others.