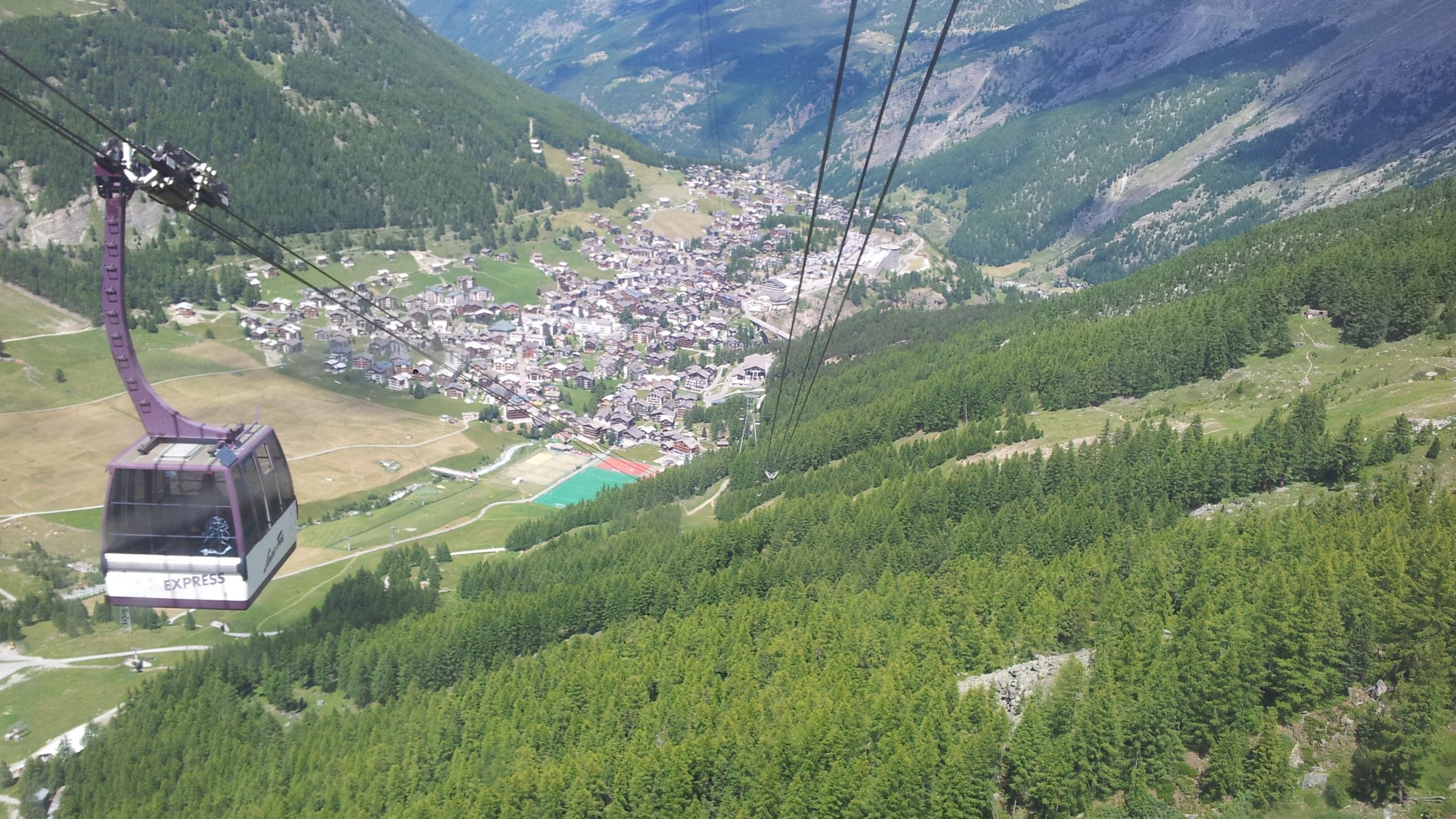 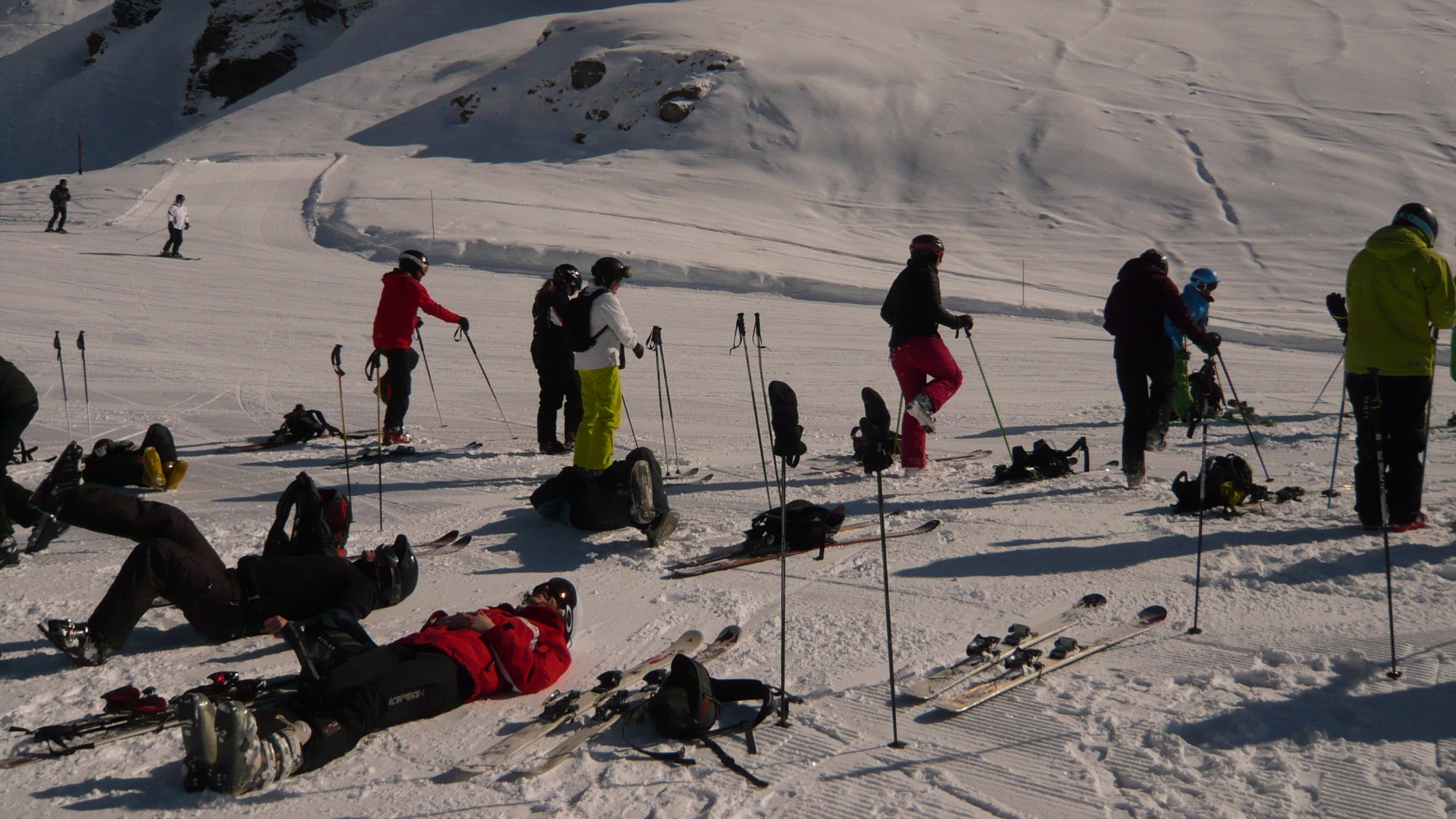 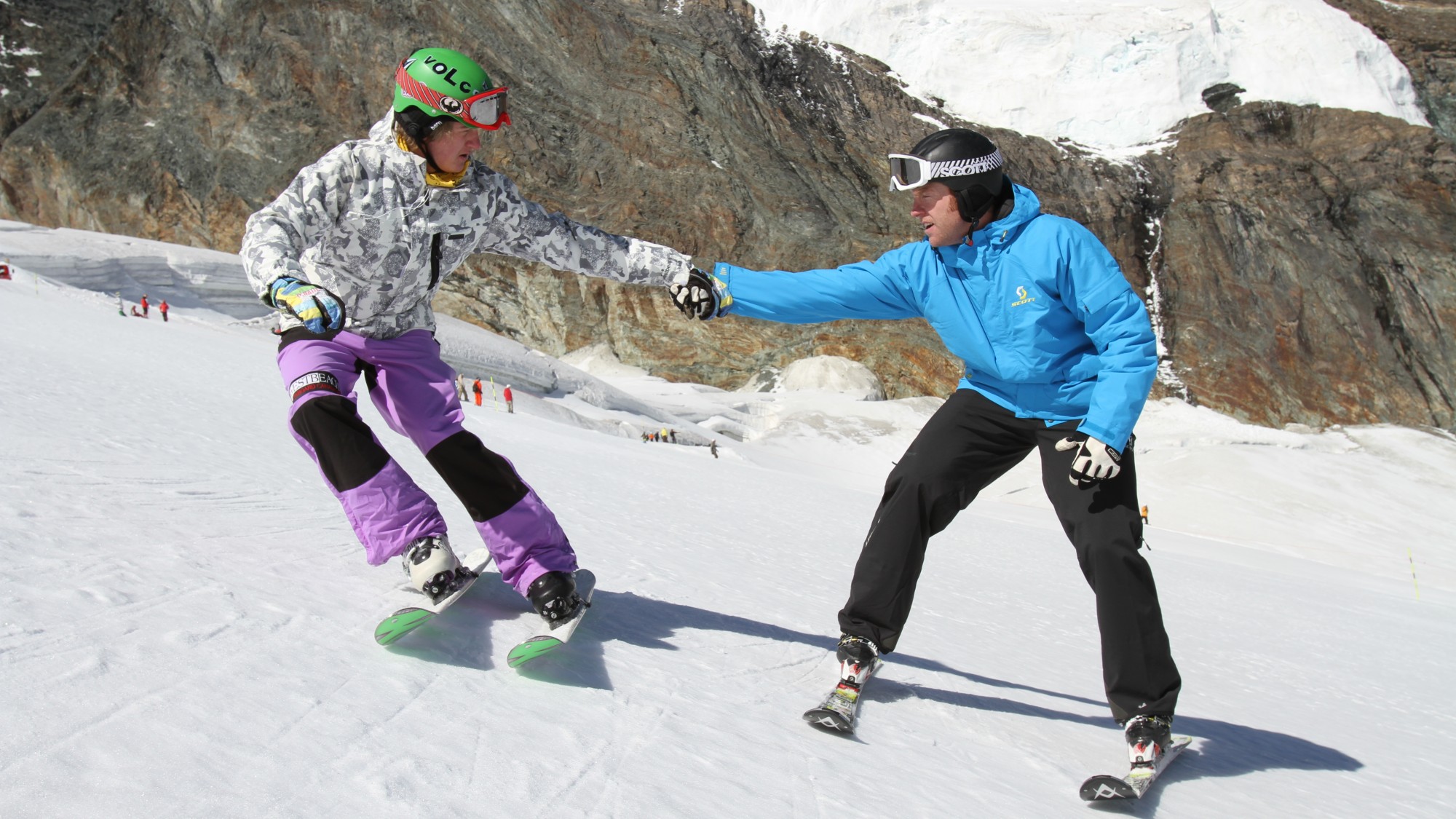 On your edges
Photography: www.melodysky.com 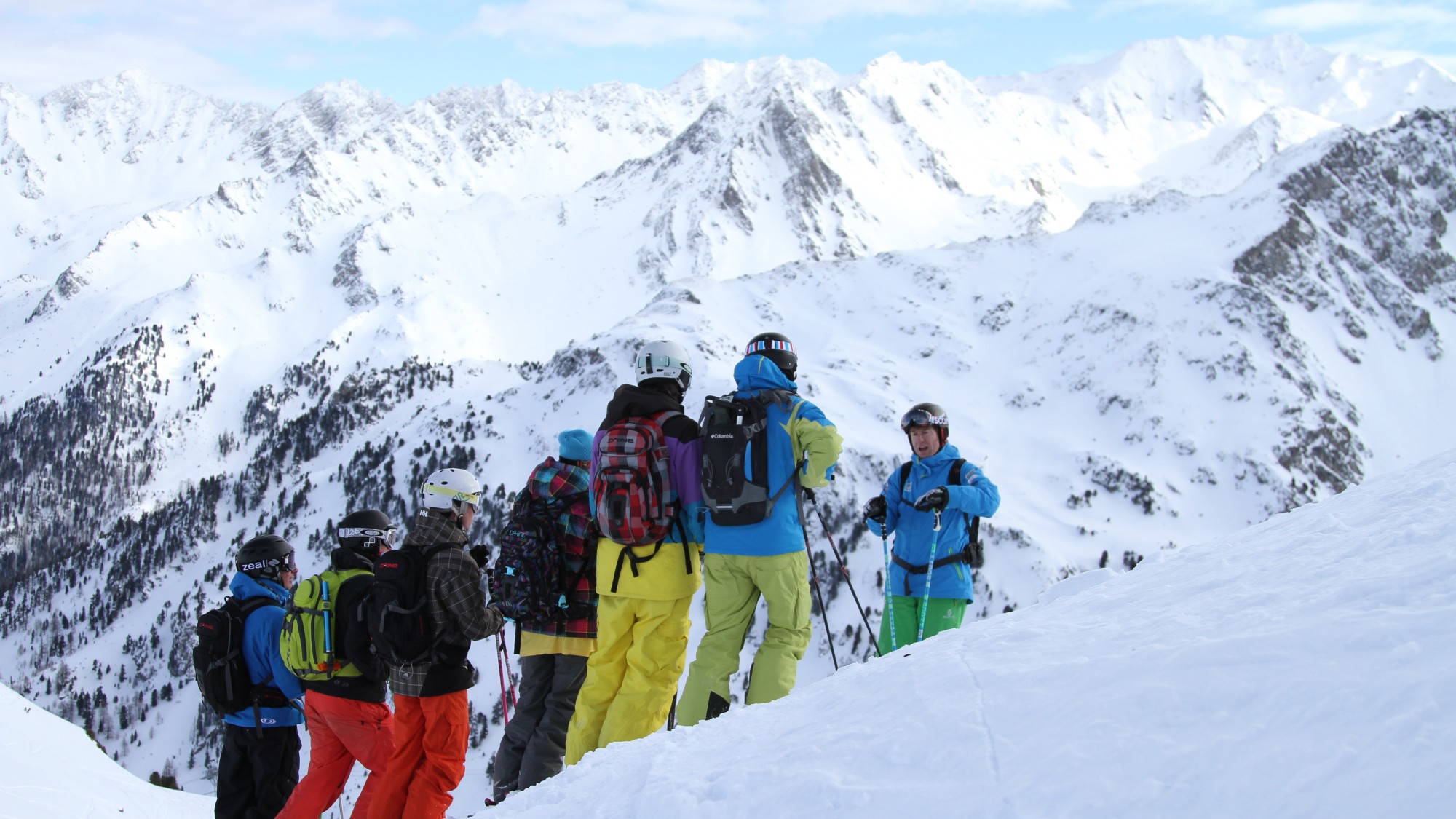 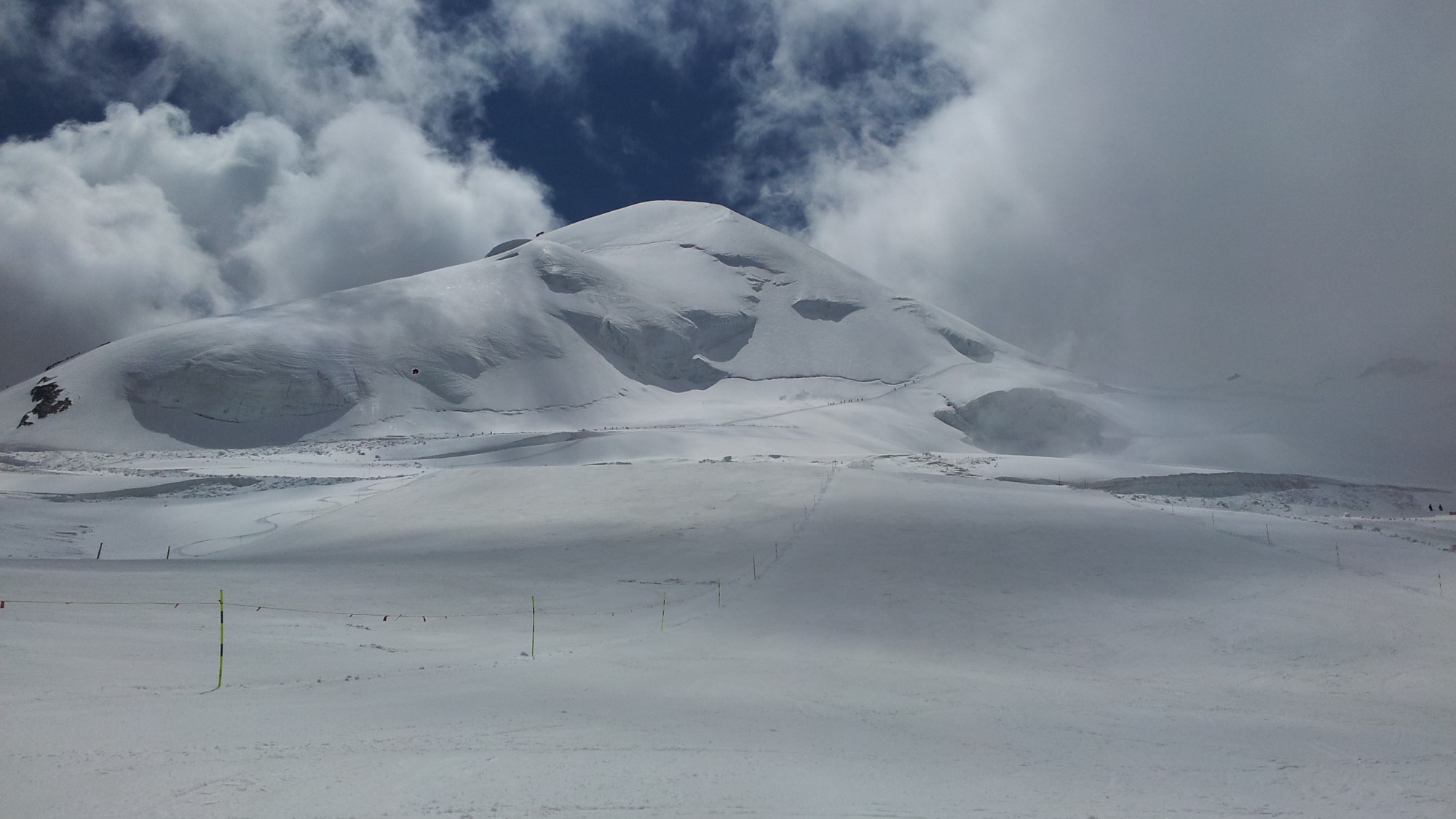 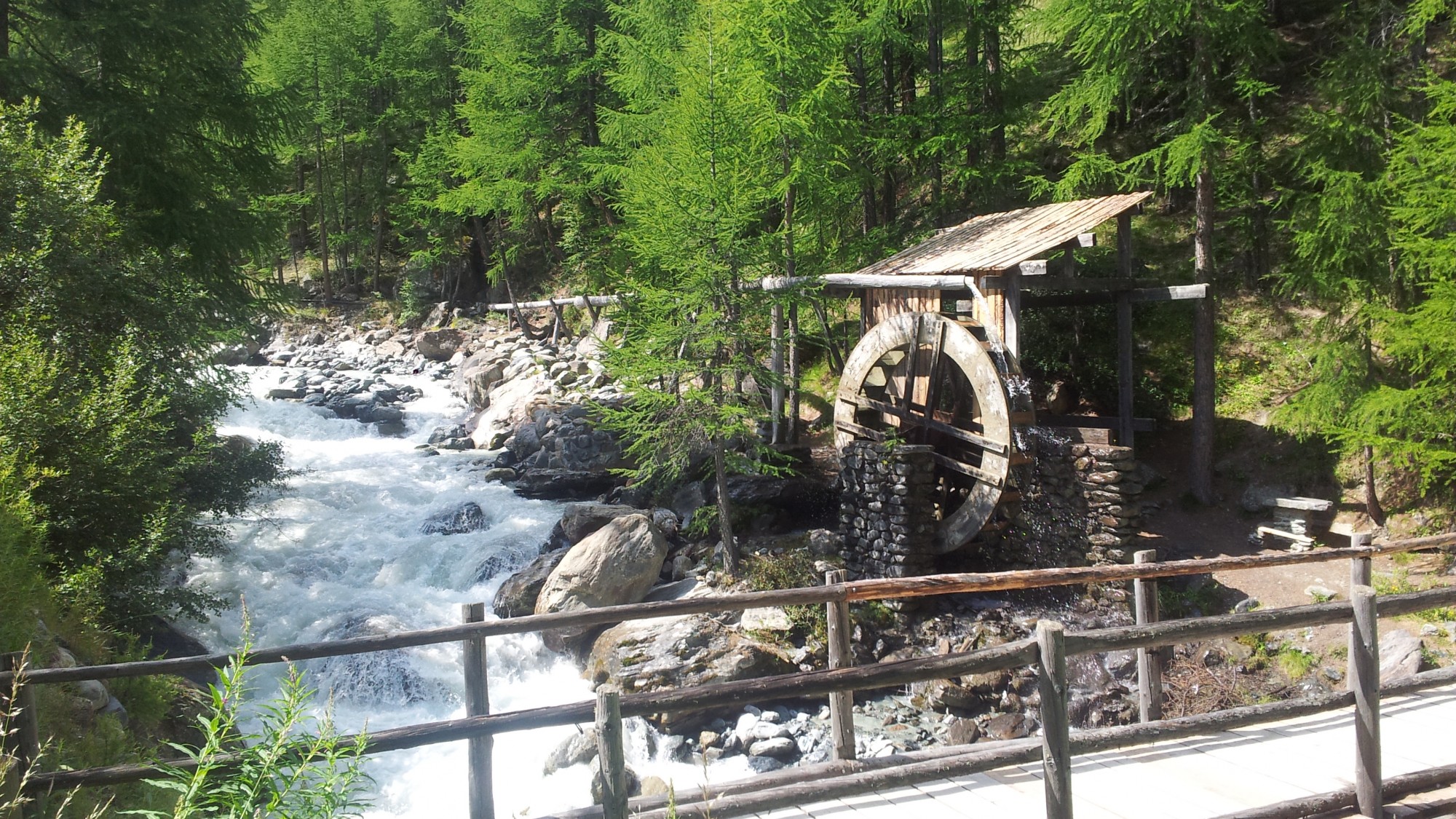 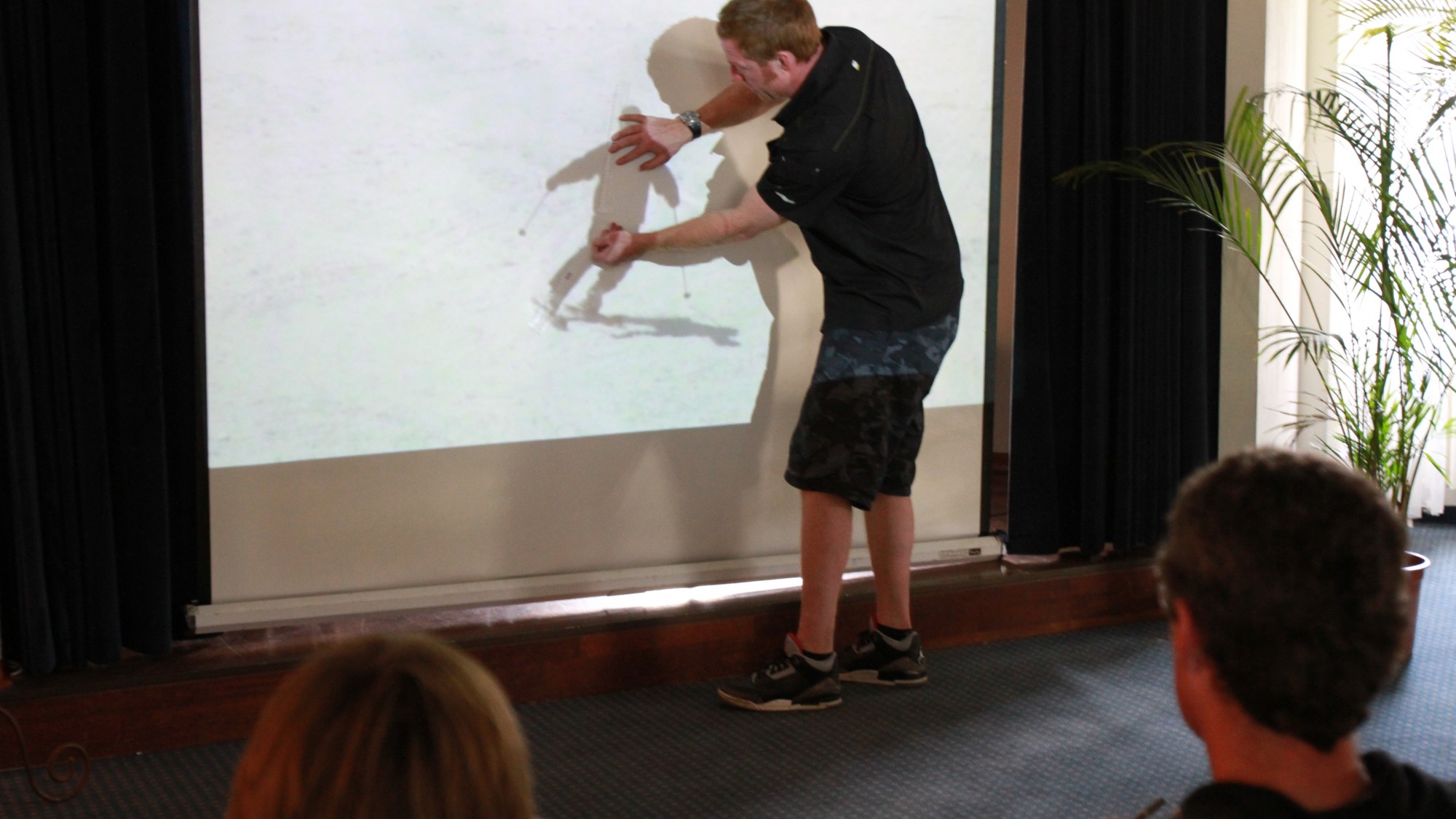 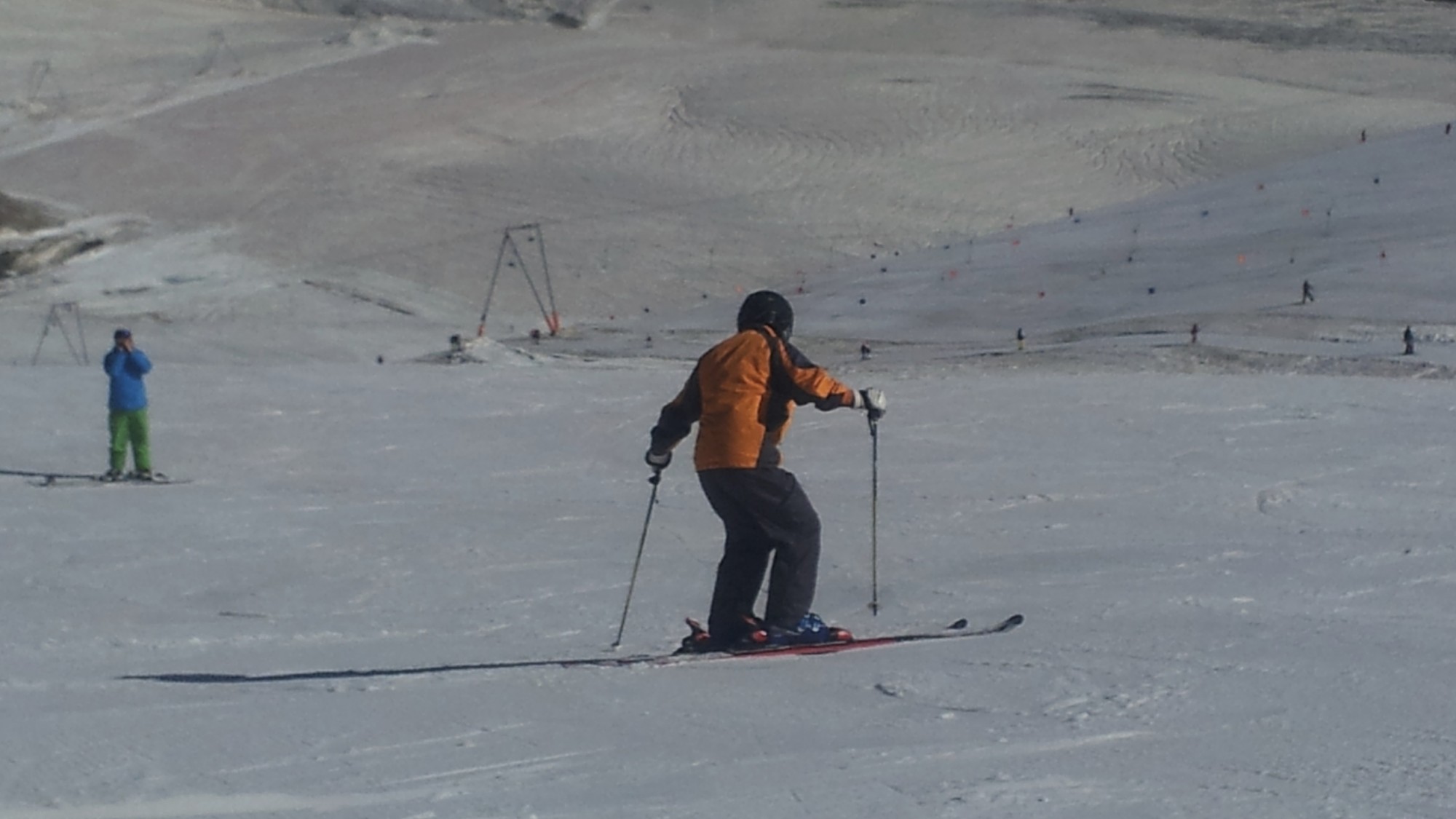 As a self confessed ski addict, the end of the season leaves me with sweaty palms and in a mild panic, knowing that it will be a whole year before winter comes round again; a whole year before another trip to the snowy mountains. Of course there’s the option of the southern hemisphere, but the long flight, jet lag, and the reality that one week is not quite enough has always put me off. Which is why I felt like I had struck gold when I discovered the Warren Smith Summer Academy. Having done their winter course, I knew the quality of teaching was high, the terrain covered varied, and the fun factor guaranteed, but glacier skiing in the summer was new territory and I had images of either struggling through slush or dropping down steep icy gullies.

To my relief it was neither. We headed up to a staggering (for Europe) 3600 metres to hit the base of the slopes. Once I’d overcome my mild altitude sickness and caught my breath, we headed to a meeting point to start our warm up and begin our schooling. Warren’s approach is that technique is improved by work on and off the mountain, both in and out of skis. Warm up and cool down exercises are taken very seriously and not only help prevent injury, but noticeably reduce stiffness and increase flexibility.

Once split into groups, based on level, the real training began. We headed up the slopes for our first proper run of the day. The slush I was imagining was in fact slightly compacted snow with a dusting of fresh powder. The steep icy gullies were in fact wide-open pistes. Unlike winter skiing, the terrain is not variable, in fact the resort is some what limited; a few t-bars drag you holding on for dear life up seven or eight runs that are dominated by ski teams practicing for 2014. But as they say, it is not size that matters but how you use it—that definitely applies here. Under the supervision of Warren Smith and his highly talented instructors, your technique is pulled apart, stripped back, tweaked and then put back together, to leave you feeling like a well-oiled machine.

During the course, there is a lot of focus on the necessary (evil) brackage. This precise and technical maneuver is the key to improvement, a lifesaver in a sticky situation and the bane of my skiing life. On day two and day five you are filmed performing brackage, as well as your best radius turns, and then made to watch them back, through half closed eyes, at the post class analysis. Like the rest of my group I was dreading my fifteen minutes of fame, but like them, I found the feedback invaluable; being able to actually see my mistakes made it easier to fix them on the slopes. The improvement that I and the rest of our team made in a mere three days between films is a testament to the academy and its fantastic teaching. I was left feeling like I had finally broken free of the plateau I have been gliding on for years and suddenly the brackage’s purpose made sense.

Due to the time of year, you are not going to find the gnarliest of skiing, nor the most diverse terrain. However, the summer academy is ideal for those looking to take their skiing to the next level, grow in confidence, or to fine tune. Glacier skiing also means earlier starts and earlier finishes which gives you plenty of time to enjoy all summer in the mountains has to offer.

Anna Templeton lives off-piste in the UK, with frequent travels to her adopted home of Argentina. Every winter, however, you’ll find her on whatever slopes she can get her skis on.

The Warren Smith Summer Academy runs from 29th June to 7th September. Base camp is in Cervinia with skiing at the Matterhorn glacier Zermatt.

Technique is improved by work on and off the mountain, both in and out of skis.