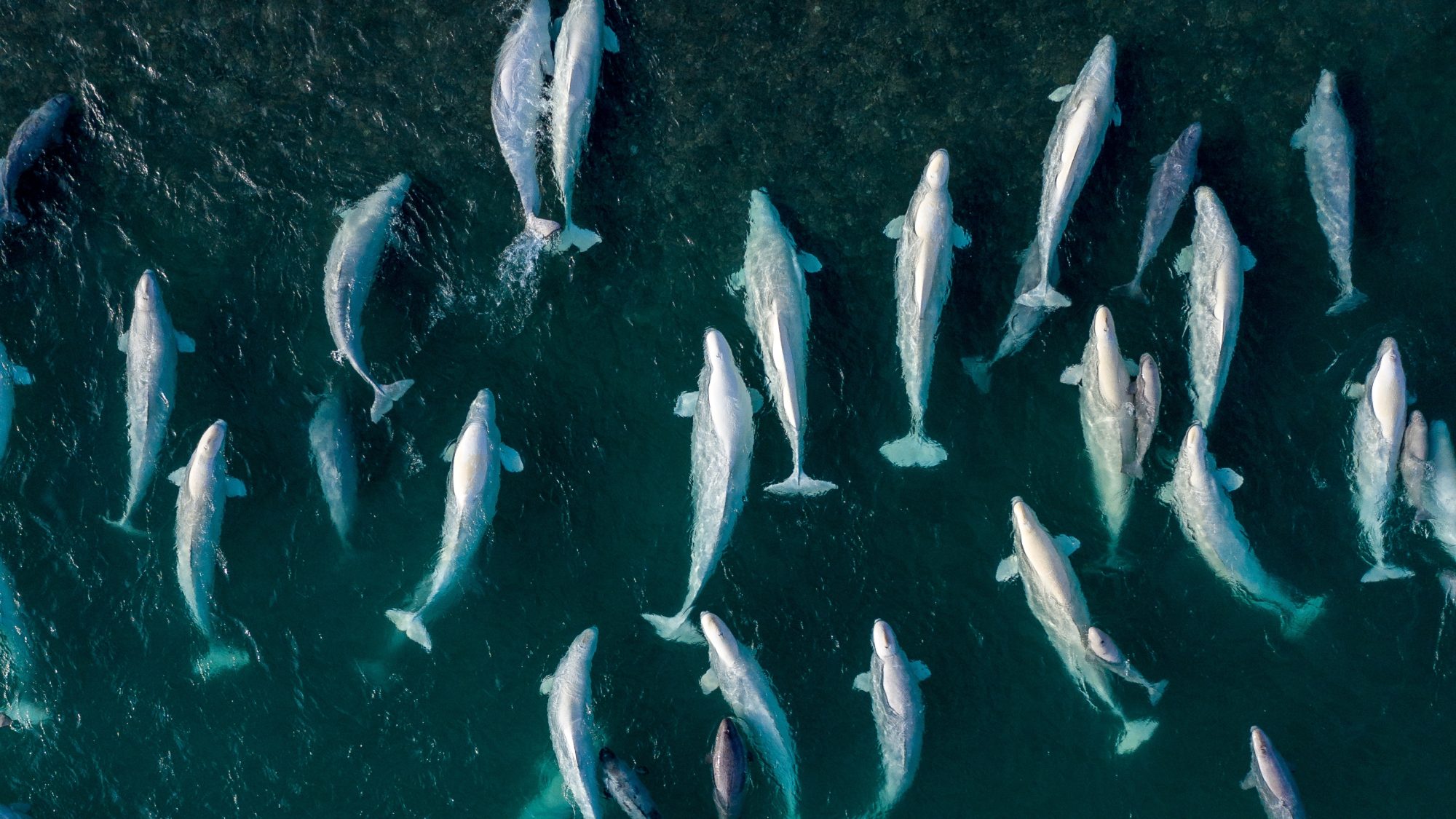 Belugas from above
Photographer: Dan Achber 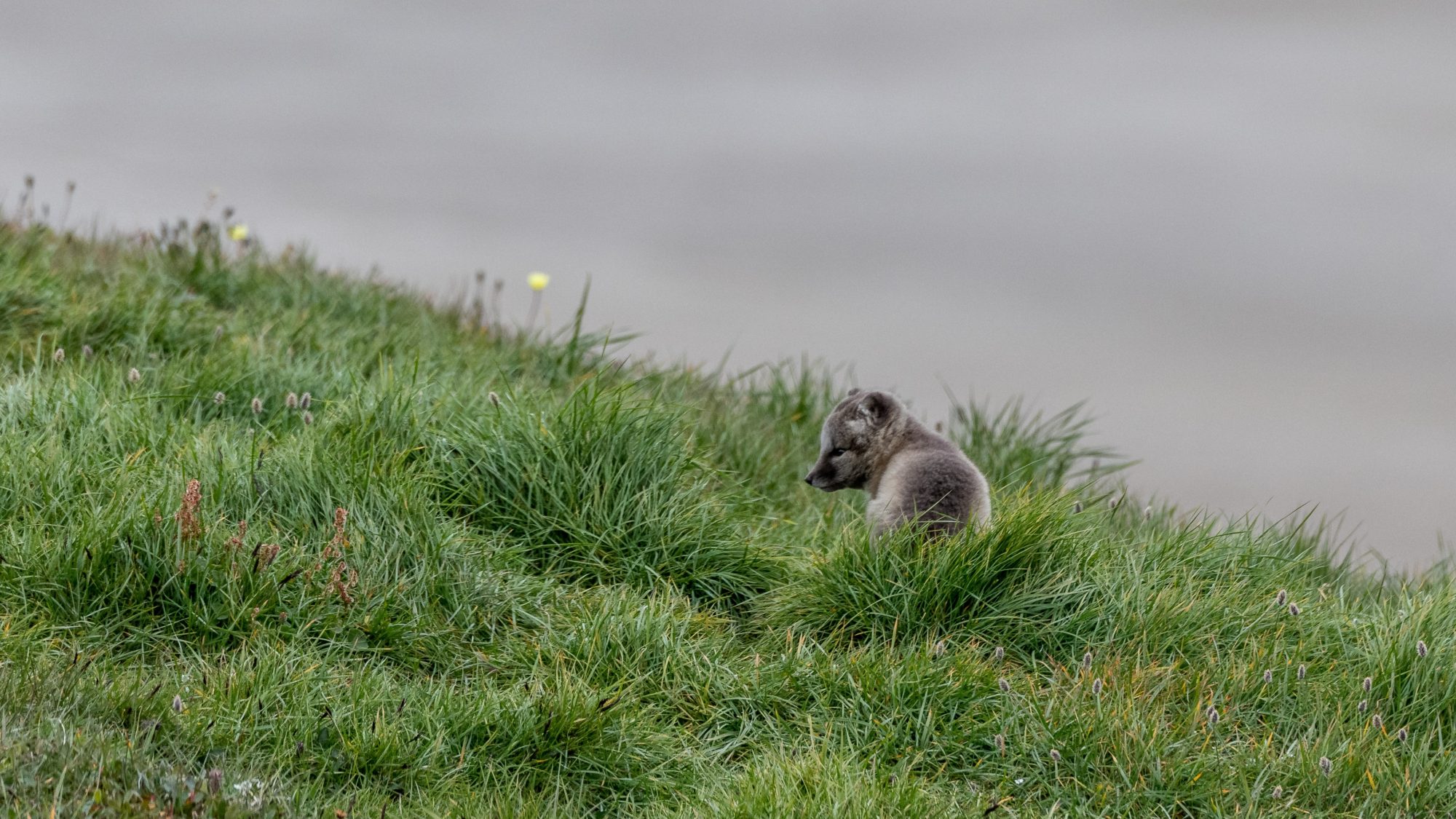 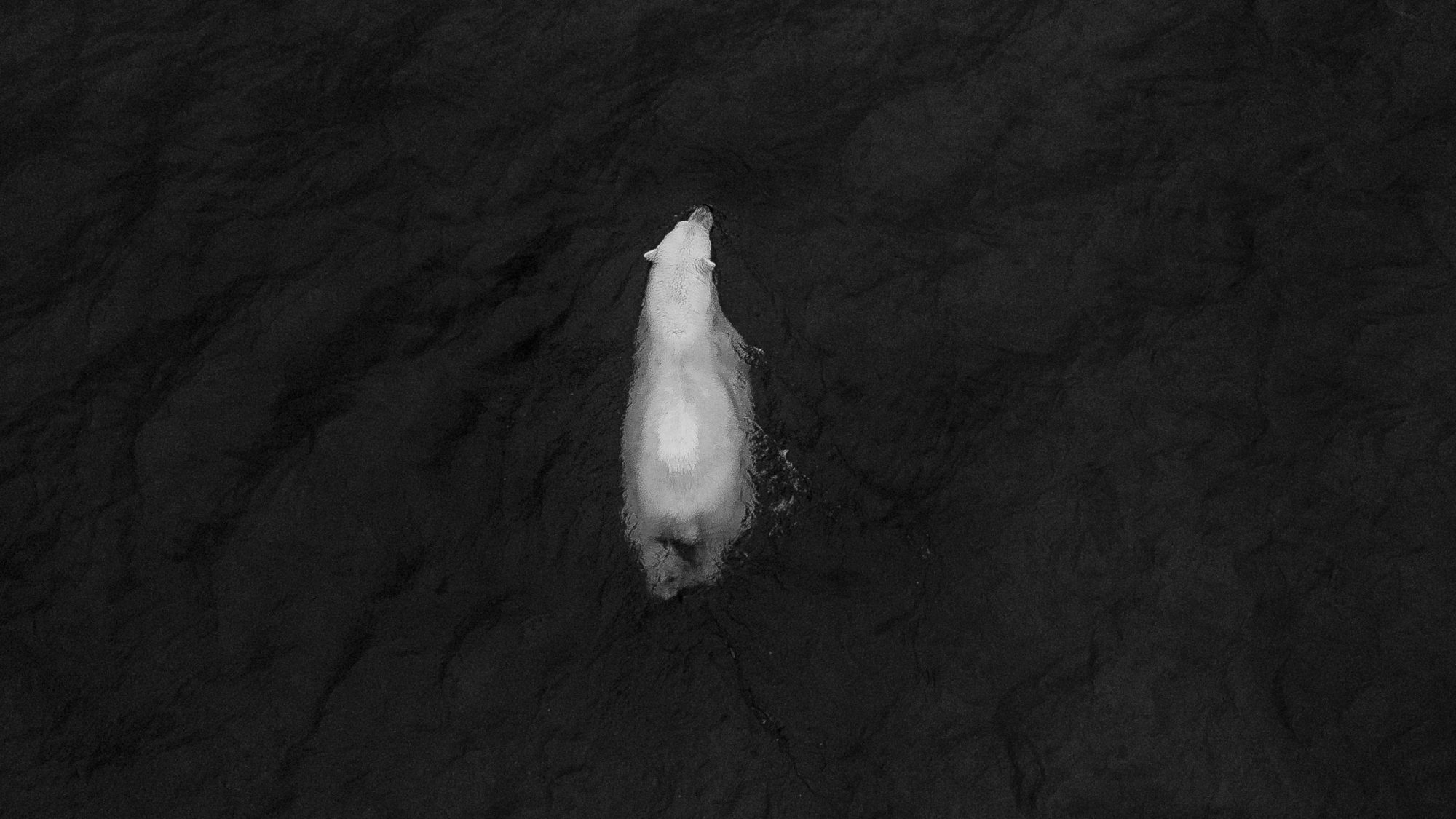 A polar bear sets off across the North West Passage
Photographer: Dan Achber 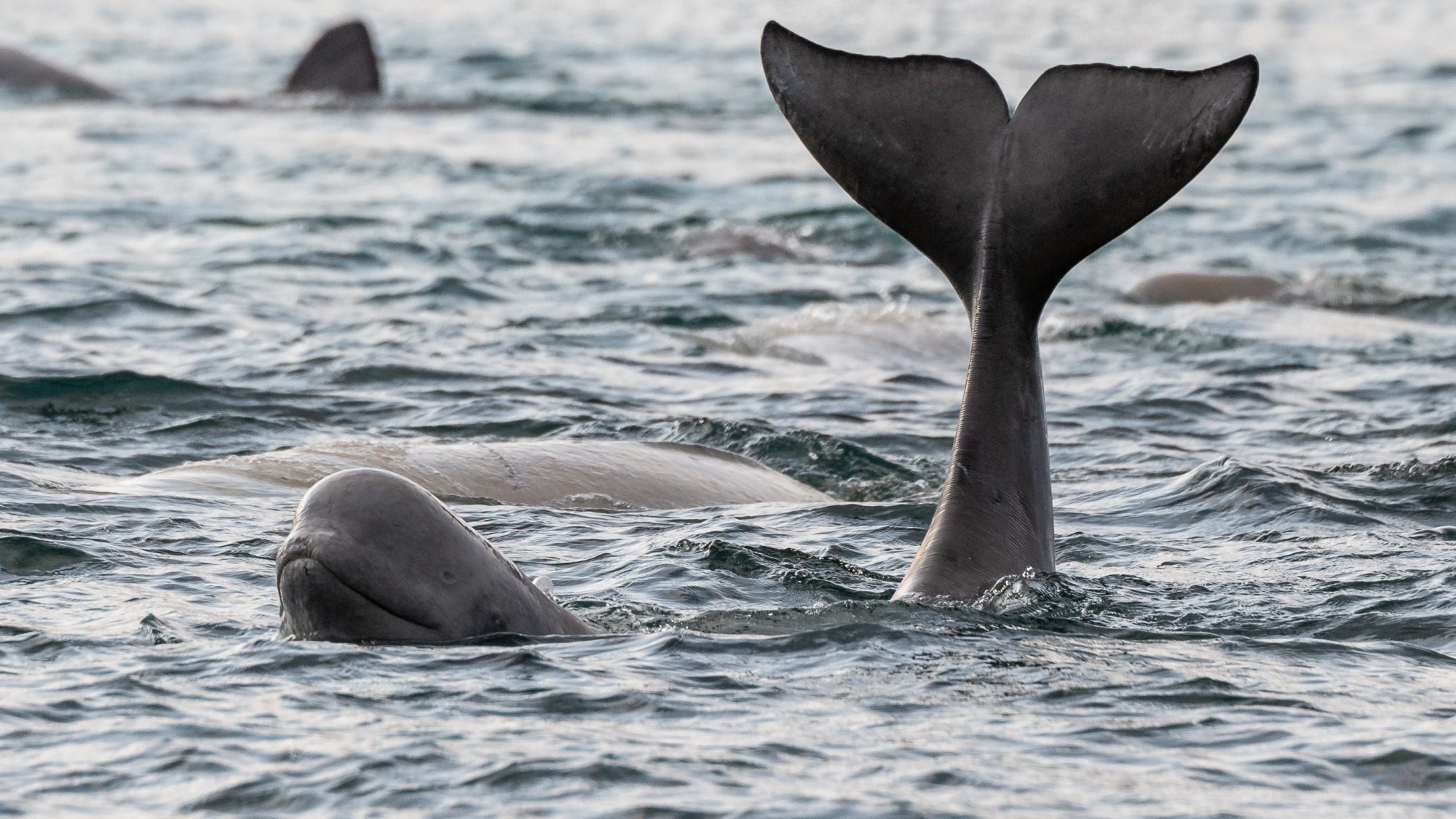 Mercedes Unimog, the only way to roll
Photographer: Dan Achber 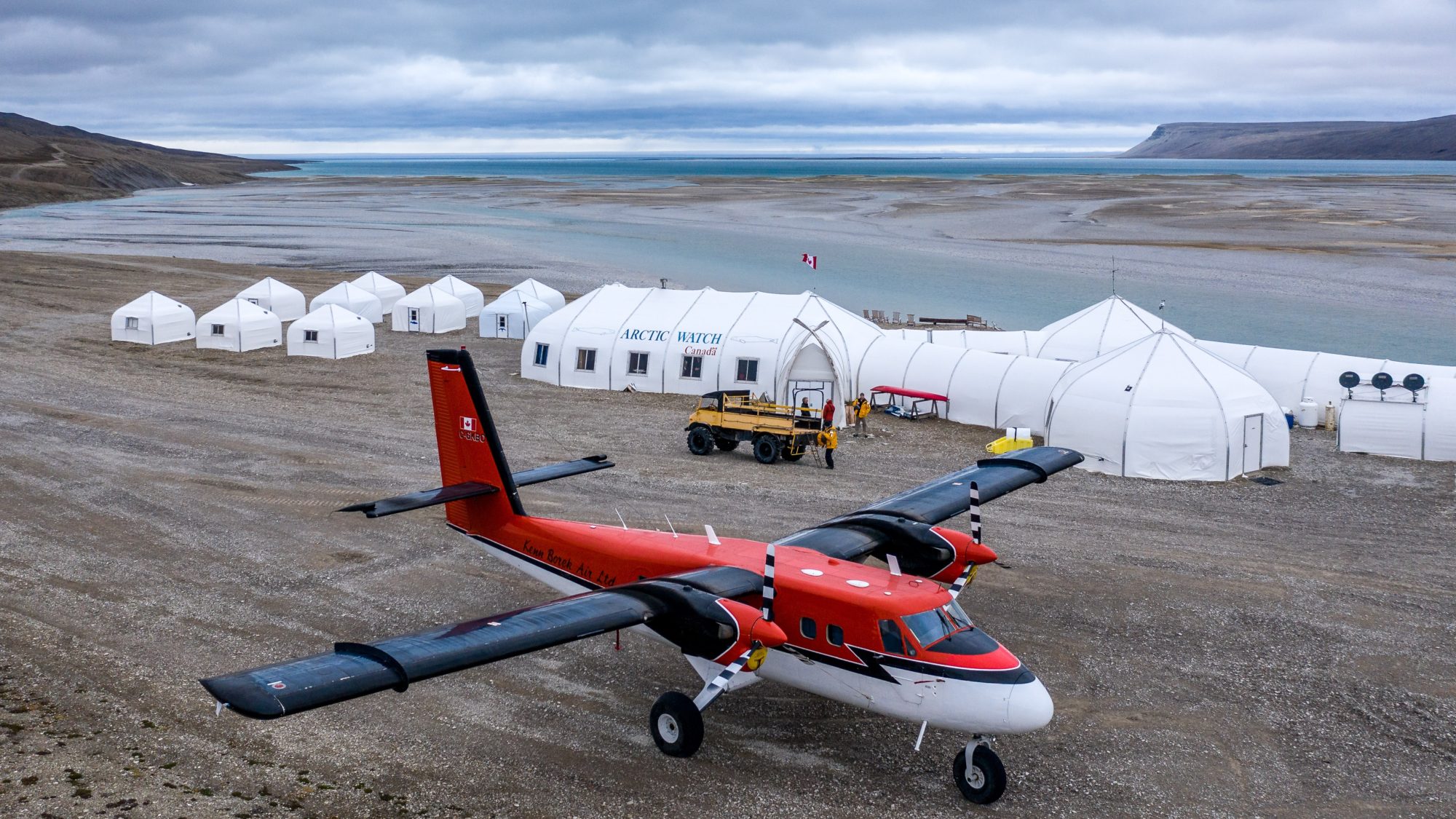 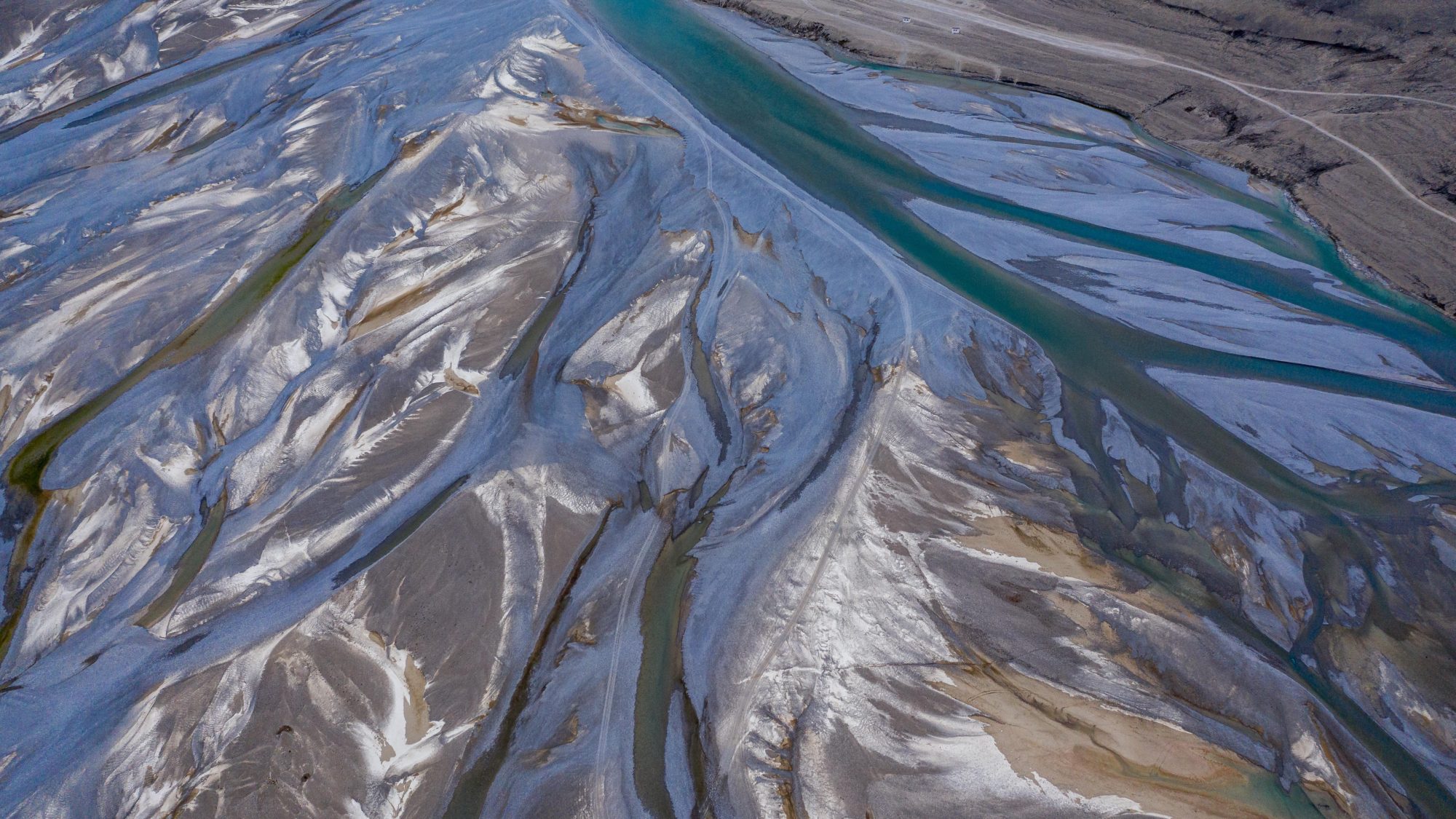 The braided delta of the Cunningham River
Photographer: Dan Achber The Weber Wonderland of Arctic Watch

[This article was originally published 27 November 2019]

As I sit here writing this, winter has just begun to take hold in Southern Ontario. Meanwhile, on Somerset Island, 3400 kilometres as the crow flies from where I sit, the tundra and the northwest passage have been in winter’s grip for months. Way up in Northern Nunavut, perched above Cunningham Inlet is Arctic Watch, truly one of the more epic places I have ever been.

I’m standing shin-deep in an ice blue lake, rod in hand, fishing for Arctic char. It’s around 5 degrees and the wind is howling around me, low slung grey cloud scudding overhead. I am wearing every layer of waxed canvas, down, merino wool and gore Tex that I own and still I’m cold and yet I cannot get the smile off my face.

If you were to imagine a family that ran a place like Arctic Watch, I am pretty sure the Webers are what would spring to mind. Richard has been to the North Pole and back more times than anyone alive. Josee, an accomplished explorer in her own right, oversees the lodge and I think has to be virtually restrained to stop her from leading guests on adventures every day. Their younger son, Nansen, is an incredible guide as well as being an accomplished film-maker and wildlife photographer. And Tessum, one of only 30 master guides in the world, is the head guide and operational mastermind.

The Webers and their band of merry adventurers call Arctic Watch home for just 6 weeks every year. This slim window during summer in the high Arctic is when this most hostile of environments is at its mildest. Temperatures hover generally around the high single digits and the sun shines 24 hours a day. If you’ve never experienced it before, it’s odd but in a good way. It only takes a day or two to adjust and you sleep through the light, waking more energized and sprightly than normal. This helps, as the guides at Arctic watch are some of the enthusiastic you’ll ever meet, and like to get out and exploring regardless of the weather.

The wildlife here is spectacular. Bizarre wooly musk ox roam the Tundra, snowy owls patrol for lemmings, arctic foxes try feverishly to raise pups before the winter darkness closes in, and perpetually hungry polar bears roam the island waiting for the sea ice to return so they can hunt for seals and whales. The undeniable stars of the show though are the Beluga whales who return in their hundreds to Cunningham Inlet every year just after having had their young, in order to socialize, before dispersing into the Arctic Ocean for the winter. I could write pages on what sitting just metres from the whales in the eternal sunshine of the arctic summer is like as they vocalize, spy hop and rub themselves on the shallow bottom of the inlet, ridding themselves of parasites and dead skin. Anything I’d write though would fall woefully short. The pictures above should give some idea of what it’s like. To really understand though, you’ll just have to go.

The effort of will it takes to make the place run beggars belief. To be honest, just having access to this wilderness would be enough. The fact that they have every toy you might need from kayaks to ATV’s to e-bikes and that they lay on some truly awesome food, tundra-cooled craft beer and some of the best wine the Okanagan Valley has to offer, as well as fresh bread every day, makes the place that much more impressive (that Tessum peddles a mean cappuccino doesn’t hurt either).

At Arctic Watch, the high arctic is your playground and along with the wildlife, the epic landscape sets the scene for endless hiking, biking, kayaking and tearing across the tundra on ATVs.

If you’ve got the budget, a Twin Otter can be brought in, and with the airplane the experience can be kicked up to an even higher pitch. Because the plane can land on any piece of flat land longer than 250 feet, you can explore ancient Thule campsites, retrace the footsteps of early explorers, find walrus colonies on far-flung islands, fish for Arctic Char in inaccessible inlets, all the while flying over landscapes that have to be seen to be believed.

Besides the sheer adventuring, Arctic Watch is a centring experience. It can remind you of your own insignificance while making you feel unbelievably lucky to be alive. To experience the stark aesthetic of this windswept island at the edge of the North West Passage is to be awed. It’s at places like Arctic Watch that the badly overused word awesome regains some of its original meaning –  to feel a sense of reverence, admiration, and appreciation for these last few wild places left on earth.

Bookending the season at Arctic Watch, the Webers also run Arctic Haven. While still in Nunavut, it’s below the tree line and right in the path of one of the last remaining mass migrations of land animals on earth – the caribou. In the spring, the caribou head north, bedraggled and hungry after a long winter. In the fall, amidst an explosion of fall colours, they move south, like columns of infantry, fat and happy with full racks of antlers. At Arctic Haven, the fall is an incredible time to see bears, fish for Arctic Char in Enandai Lake and see the northern lights.

As if that wasn’t enough, in May each year, the family runs an incredible Heli skiing operation on Baffin Island. Below is a video Nansen made that should give you an idea of what it’s like.

You don’t make the trip to Arctic Watch for the rooms, or the food, or to tick something off your list. This isn’t a just a hotel stay, it isn’t an experience to be collected and bragged about, its an experience that should move you to your core and if it doesn’t, you may want to check your pulse.

I’m standing shin deep in an ice blue lake, rod in hand fishing for Arctic char. It’s around 5 degrees and the wind is howling around me, low slung grey cloud scudding overhead. I am wearing every layer of waxed canvas, down, merino wool and gore Tex that I own and still I’m cold and yet I cannot get the smile off my face.