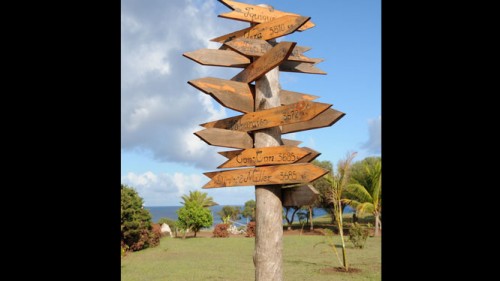 These arrowed signs show just how far you are from home
Photography: Easter Island 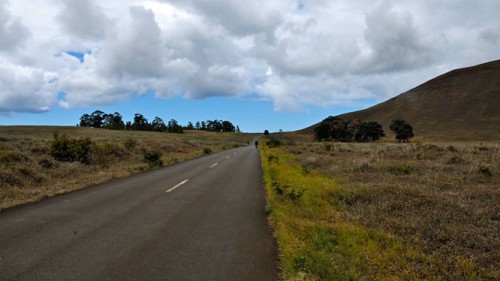 The road to Anakena is smooth-paved asphalt that snakes down to the beach
Photography: Eileen Smith 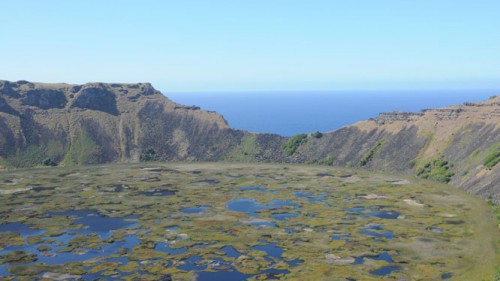 Rano Kau, a collapsed volcanic cone, is home to a micro-climate and some important plants
Photography: Eileen Smith 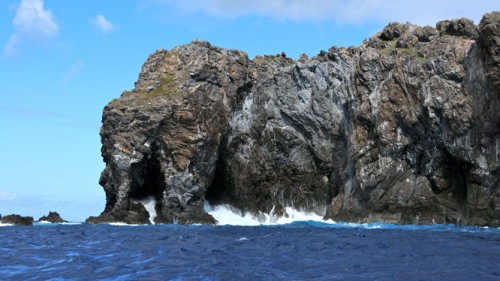 A trip out to the motu requires sunscreen, sunglasses, and not a small dose of anti-nausea medicine
Photography: Eileen Smith 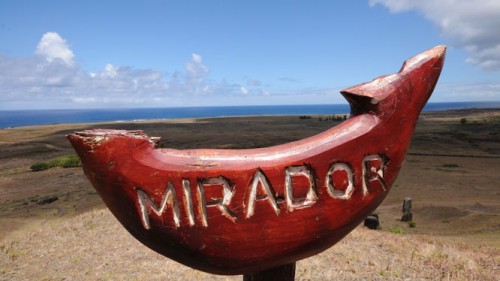 Even at famous Ranu Raraku, the birthplace of many of the moai, great lookouts abound
Photography: Eileen Smith 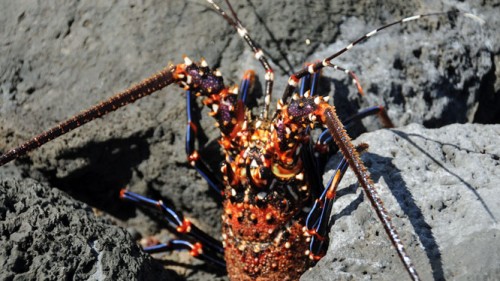 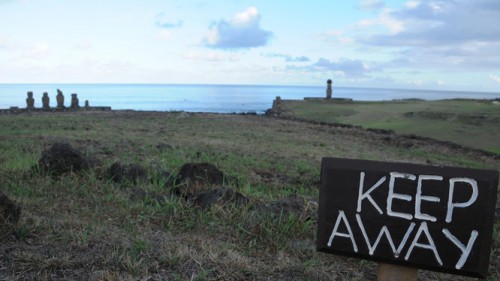 Signs like this one admonish visitors from getting too close to the moai
Photography: Eileen Smith 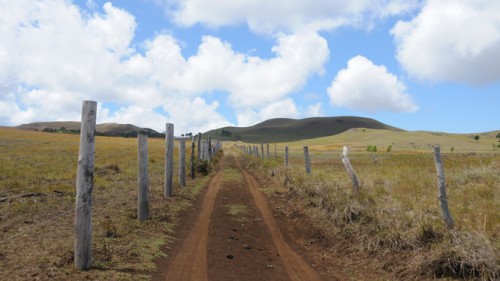 This loose red soil accosts you as you bike around the island’s dirt roads
Photography: Eileen Smith 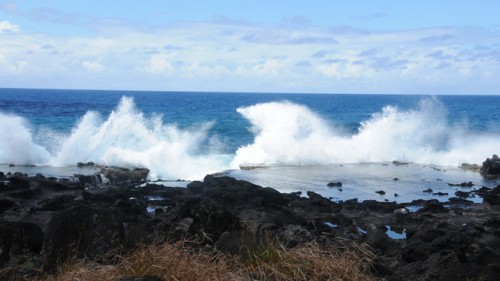 Even the walk out to the port is beautiful, with crashing waves lifting spray high into the air
Photography: Eileen Smith 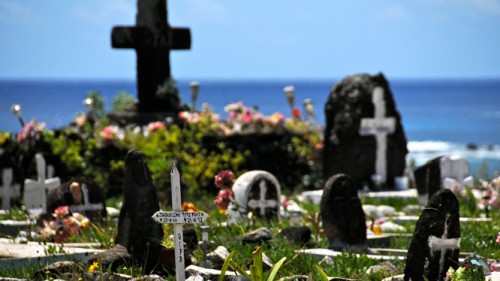 A colourful cemetery a few minutes from Hanga Roa tells some of the recent history of the island
Photography: Eileen Smith 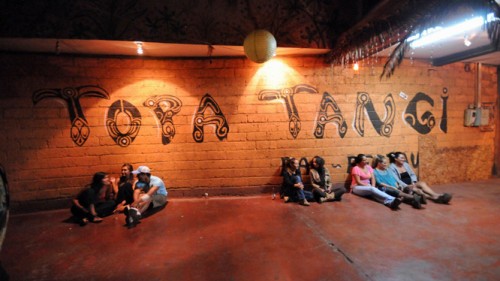 Waiting for friends to arrive outside of Topa Tangi, one of the island’s two discos
Photography: Eileen Smith 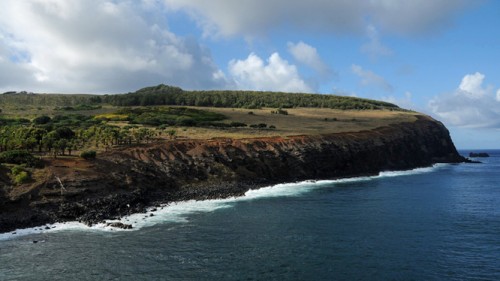 The view on the way up to Orongo, which you can drive or walk
Photography: Eileen Smith

I’ve come to Easter Island for a week away, and I’m determined to do something other than see the moai. I mean them no disrespect. But it seems ludicrous to travel five hours by plane from the nearest significant speck of land (continental Chile) to do nothing but stare at statues.

I am greeted at the airport with a flower necklace and a drug dog’s fur tickling my ankles. Joyously, I hear not a single strain of wayward reggae, which has no place on this piece of Chilean-owned Polynesia.

I know I will see the moai—the statues with the giant heads which were carved, dragged all over the island, erected, knocked down, broken, reconstructed, and finally re-erected on many ahus(platforms) in key spots on this far-flung triangle. I will wake up horrifically early to watch the sun come up over the moai at Tongariki, and go to Rano Raraku, the quarry where most of them were born. But in between, I will fill my days with non-moai-centered explorations. And find that Easter Island has way more to offer than giant heads, such as the following:

1. Hiking. To Orongo, the ceremonial village, out to some caves or the Poike Peninsula.

2. The cemetery. Colourful, and a short walk from Hanga Roa (the town).

3. Snorkeling/SCUBA Diving. You may want to avert your gaze from the sunken reproduction moaiand concentrate instead on brightly-colored fish.

4. Bike or ATV rental. The island is small, and you can see much of it (including moai) in a day.

6. Surfing. Schools across from the beach in Hanga Roa are well-located to grab a a tuna empanada when you get out of the surf.

7. Traditional dance shows. Touristy, yes, but nary a giant head.

8. Horseback riding. Take a trip up to Tere Vaca for a panoramic view of the pale green ocean in 360 degrees.

10. Discos. Topa Tangi and Toroko take turns with the late shift, featuring chou-chou (shauw shauw) dancing. Careful not to accidentally take someone else’s horse home on your way back to your hotel.

Eileen Smith is an American expat, seven years into what appears to be a lifetime stay in Santiago, Chile. She’s an editor at Matador Network, a contributor to many online and print magazines, and mantains a somewhat snarky blog at bearshapedsphere.com.

I will fill my days with non-moai-centered explorations. And find that Easter Island has way more to offer than giant heads.