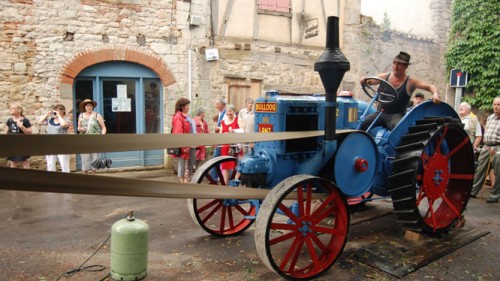 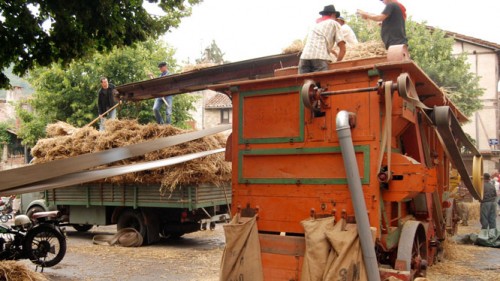 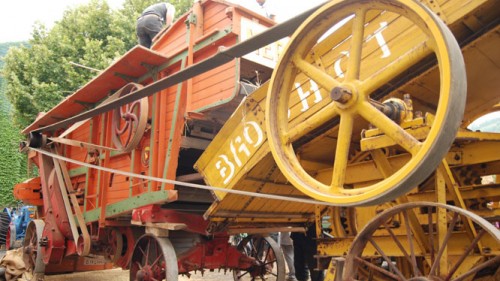 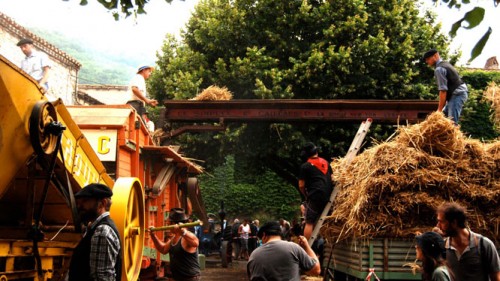 Wheat is fed by hand into the top of the machine
Photography: Jack Dancy 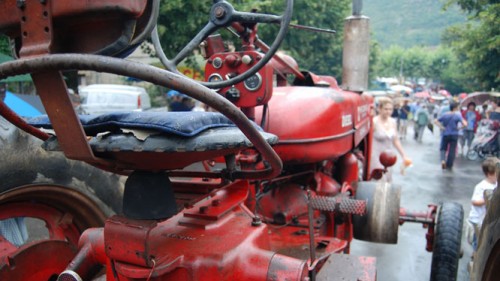 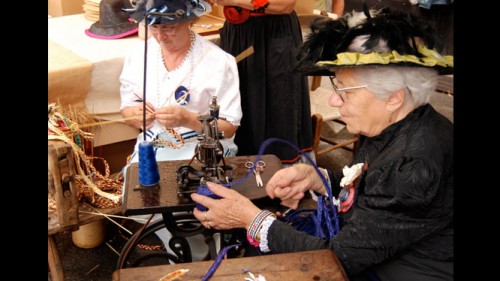 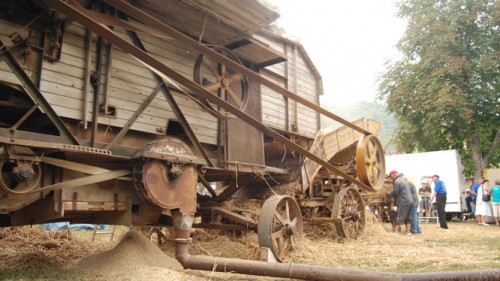 Another vast threshing machine spinning in a cloud of chaff
Photography: Jack Dancy 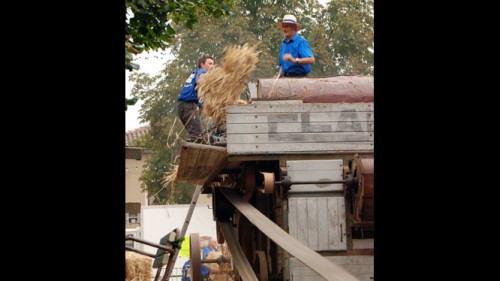 Ça bosse! Heaving wheat into the machine and trying not to lose an arm
Photography: Jack Dancy 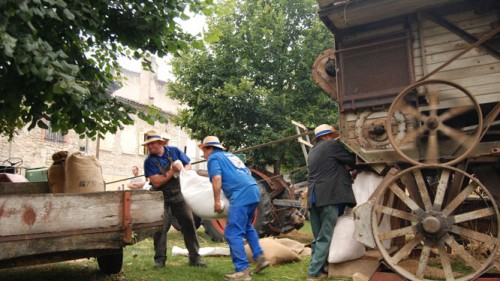 At one end, farmers heave huge sacks of grain onto a waiting cart
Photography: Jack Dancy 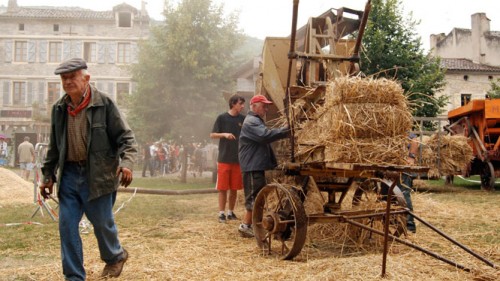 What heavy machinery? Time for a demi.
Photography: Jack Dancy 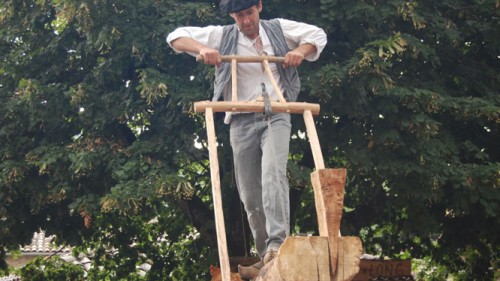 Sawing planks by hand while wearing clogs and 20 feet up in the air. Don't try this at home.
Photography: Jack Dancy 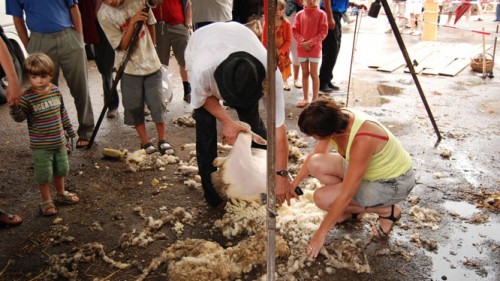 The sheep shearing stand. Fun for all the family. Not so much for the sheep.
Photography: Jack Dancy

Living in the French countryside can get a bit quiet in the winter months, but that is more than made up for by a gruelling August schedule of fêtes, dîners and bals-dansants that would have Keith Richards reaching for a doctor’s note. Every town, village and hamlet has its traditional fête date, and the summer calendar heaves with the weight of social engagements.

If deafening noise, antique tractors, clouds of dust and shamelessly disregarded safety regulations sounds like your kind of fun (as it is mine) then scan the fluorescent posters that go up on notice boards, road-sides and tree trunks for mention of a fête agricole. A day of somewhat educational and eye-popping agricultural activity is followed by a feast of Faustian proportions. Anyone can buy a ticket and join. €11 or so feeds you, wines you, and smothers you in accordion music until the wee hours or someone breaks out the eau-de-vie.

The above photos were taken at St Antonin’s fête de battage in the Tarn-et-Garonne—when the local farmers thresh the wheat to separate the grain from the chaff, and to make bales of the hay, using man-, horse- and steam-powered machinery dating back through the centuries. As a kid I was fascinated by the noise and the activity, and by the 60-foot drive-belts by which 1930s steam tractors would power enormous hulking contraptions of spinning wheels, chopping blades and whirring machinery. I’m pleased to report that several decades later the fascination survives and thrives.

The farmers seem to love the occasion. It certainly makes a change from sitting in a lonely tractor ploughing a field, and harks back to a time when there were many more people on the land, and farming was a considerably more cooperative activity. There’s a reason there are so many empty houses available to be turned into B&Bs and restaurants: it no longer takes 25 people to fill a barn with hay. Except, happily, for once a year.

For a taste of proper old-fashioned French summer holiday, buy a ticket to the dinner of a local fête and hunker down for five hours of the least pretentious meal you’ll ever eat, certainly the biggest and quite possibly the most fun.

Jack Dancy has been vacationing in the French countryside for as many years as Keith Richards has wrinkles. If you’re planning a French vacation of your own (or you just want to trade tractor photos), give him a shout.

A gruelling August schedule of fêtes, dîners and bals-dansants that would have Keith Richards reaching for a doctor’s note.