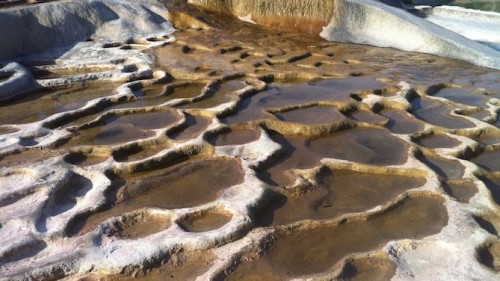 The pools on different levels were formed naturally by the force of the water
Photography: Susannah Rigg 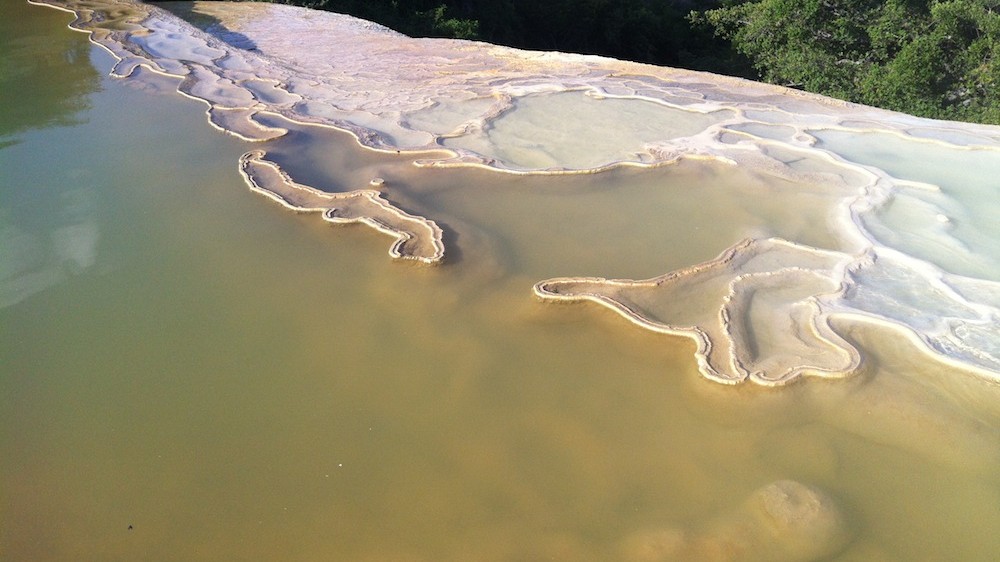 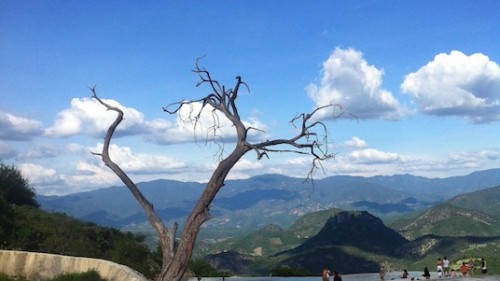 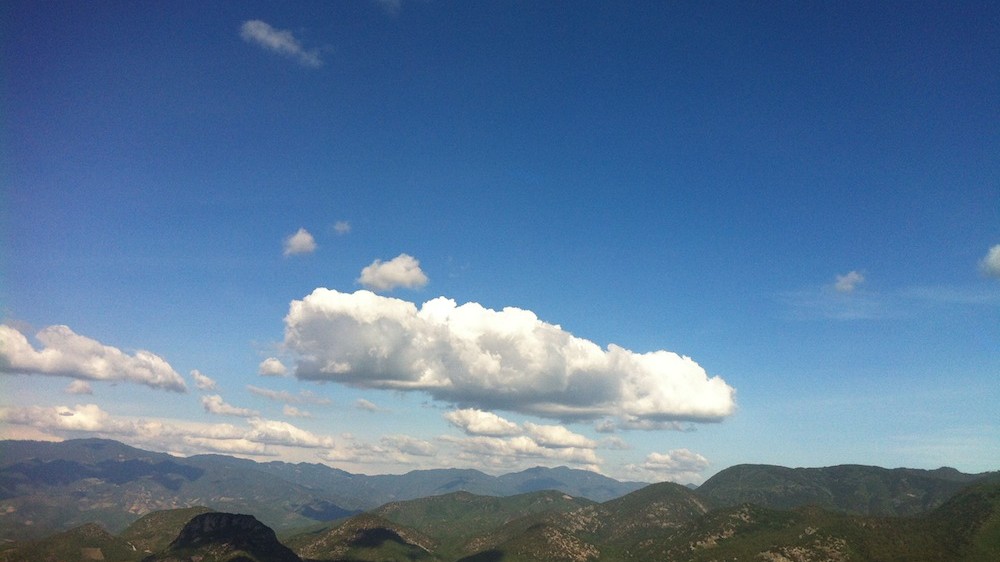 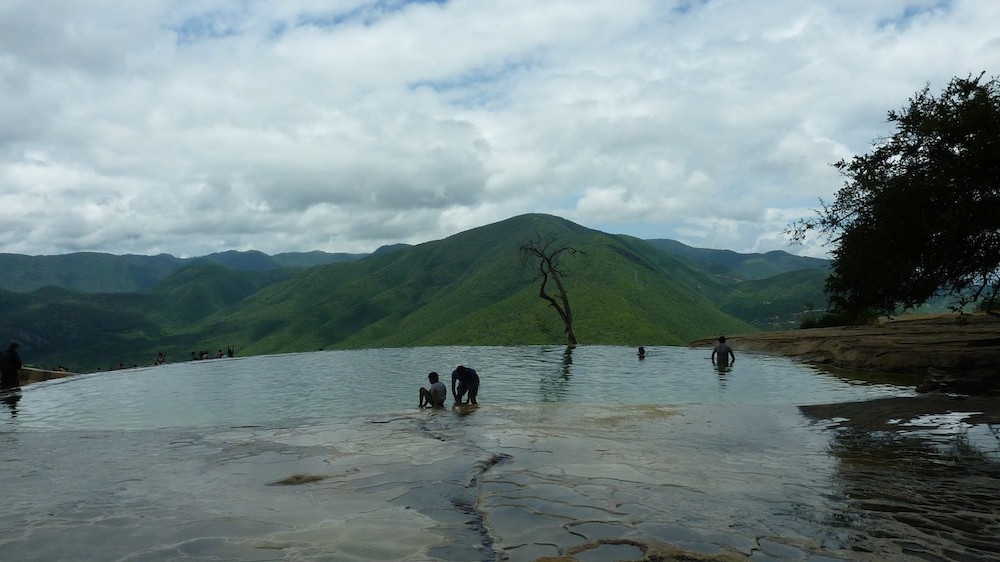 If there really is such a thing as heaven on earth, I believe it is called Hierve el Agua. These natural pools nestled in the mountains outside of Oaxaca city are so perfectly formed and wondrously beautiful that some have a hard time believing they’re naturally created and not man-made.

Hierve el Agua means “the water boils”, and it gets its name from the way the water around the pools bubbles. The water is not boiling, however, but is packed with minerals causing a reaction that gives it its bubbly nature. These minerals have formed natural infinity pools from a build-up of deposits over hundreds, if not thousands, of years. Bathe in the cool water of the pools set just on the mountain’s edge, whilst looking out over the huge expanse of the valley and gazing up at the vast blue sky. It is especially wonderful during the rainy season (June to October) when the mountains are a deep, lush green.

The site offers a further treat for the eyes: a solidified waterfall that appears to pour majestically over the edge of a distant mountainside. Like the pools, it is in fact petrified from mineral deposits. Hiking down and standing under its still, white cascades, you can’t help but once again be in awe of nature’s incredible and ever-surprising beauty.

Susannah Rigg has English blood coursing through a Mexican heart. She has lived in Mexico for three years, if you don’t include her past lives in which she may have been an Aztec. She writes about Mexico from her picturesque home in Oaxaca and can be contacted via her blog www.mexicoretold.com.

These minerals have formed natural infinity pools from a build-up of deposits over hundreds, if not thousands, of years. 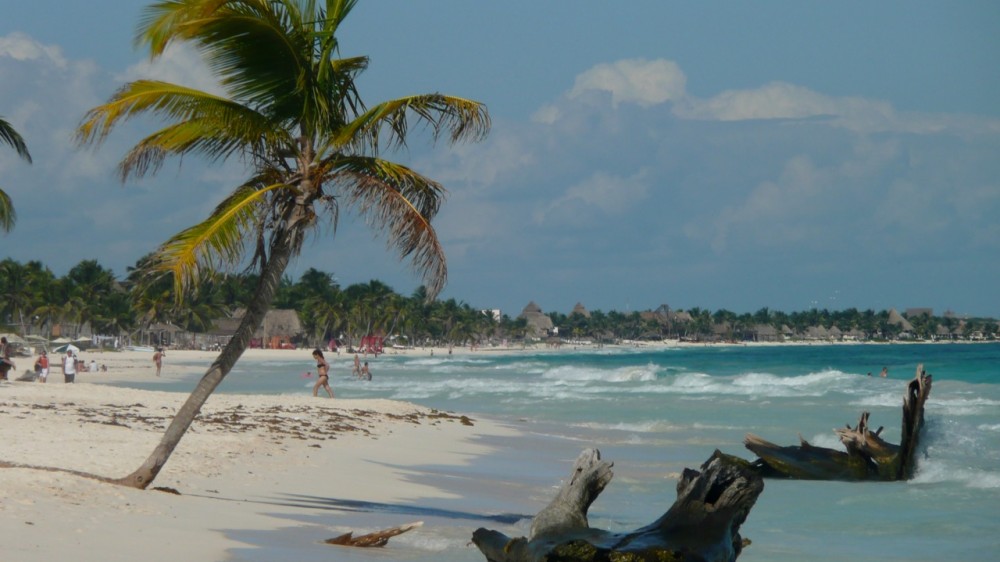