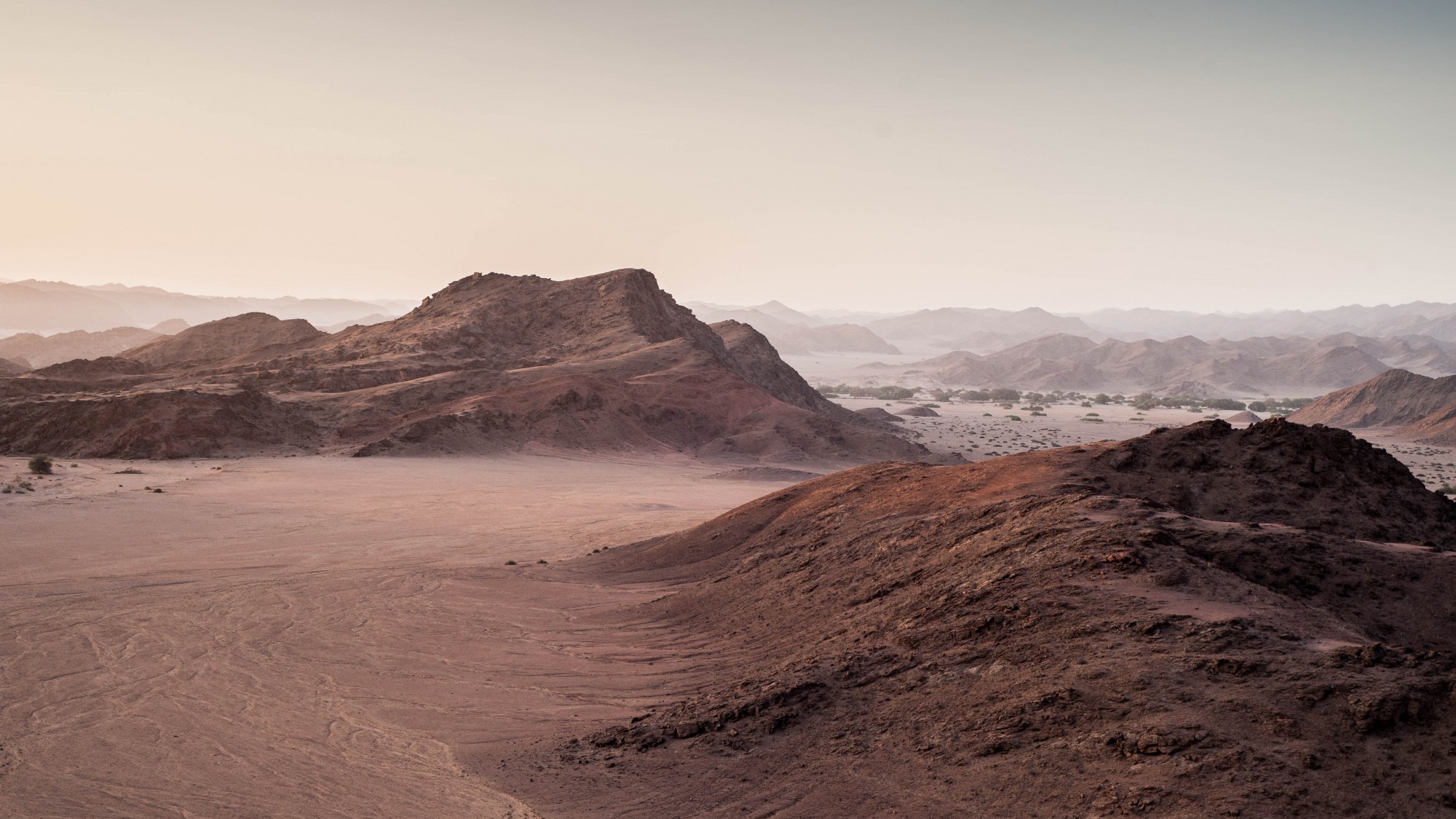 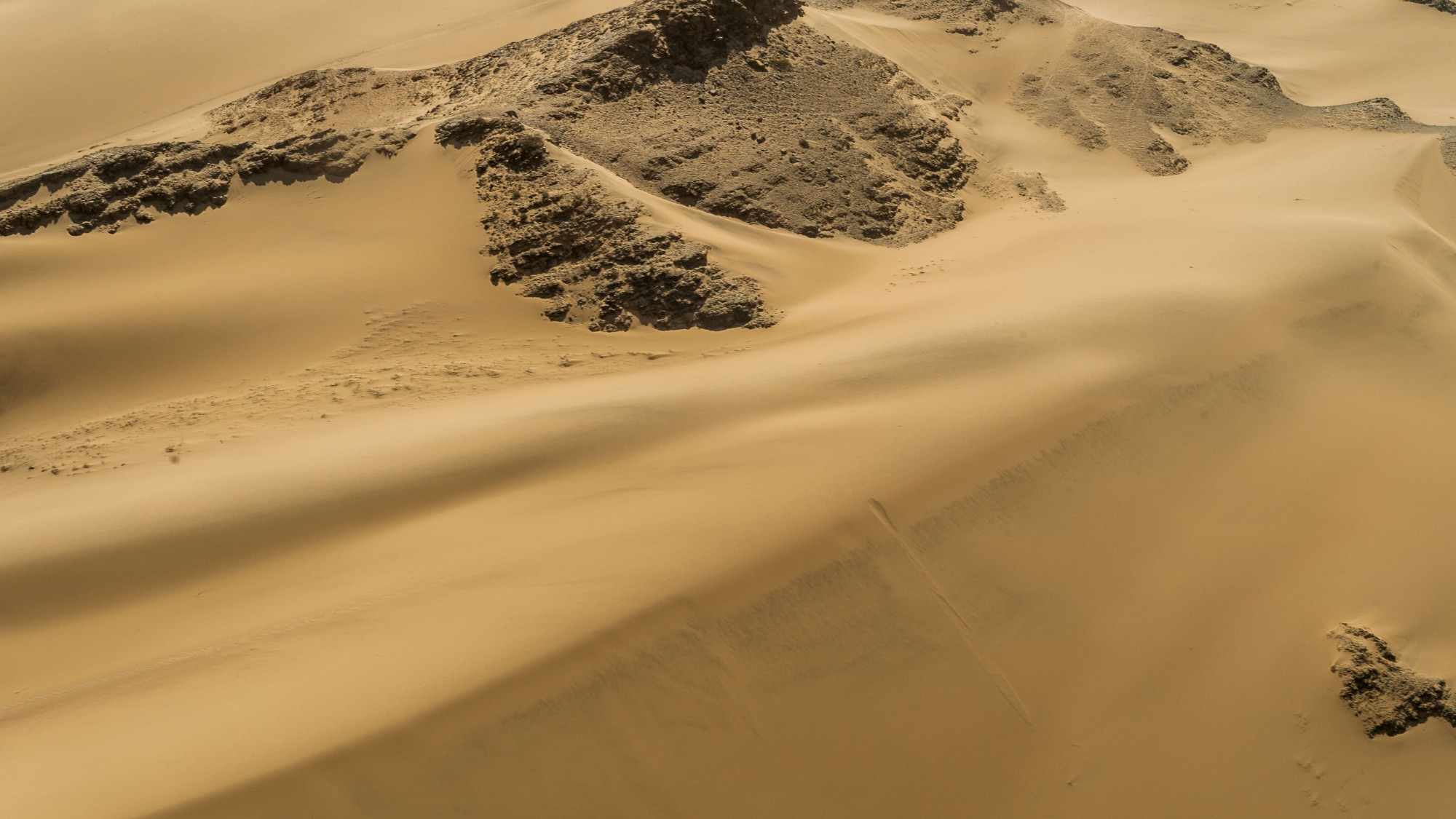 From the air
Photography: Dan Achber 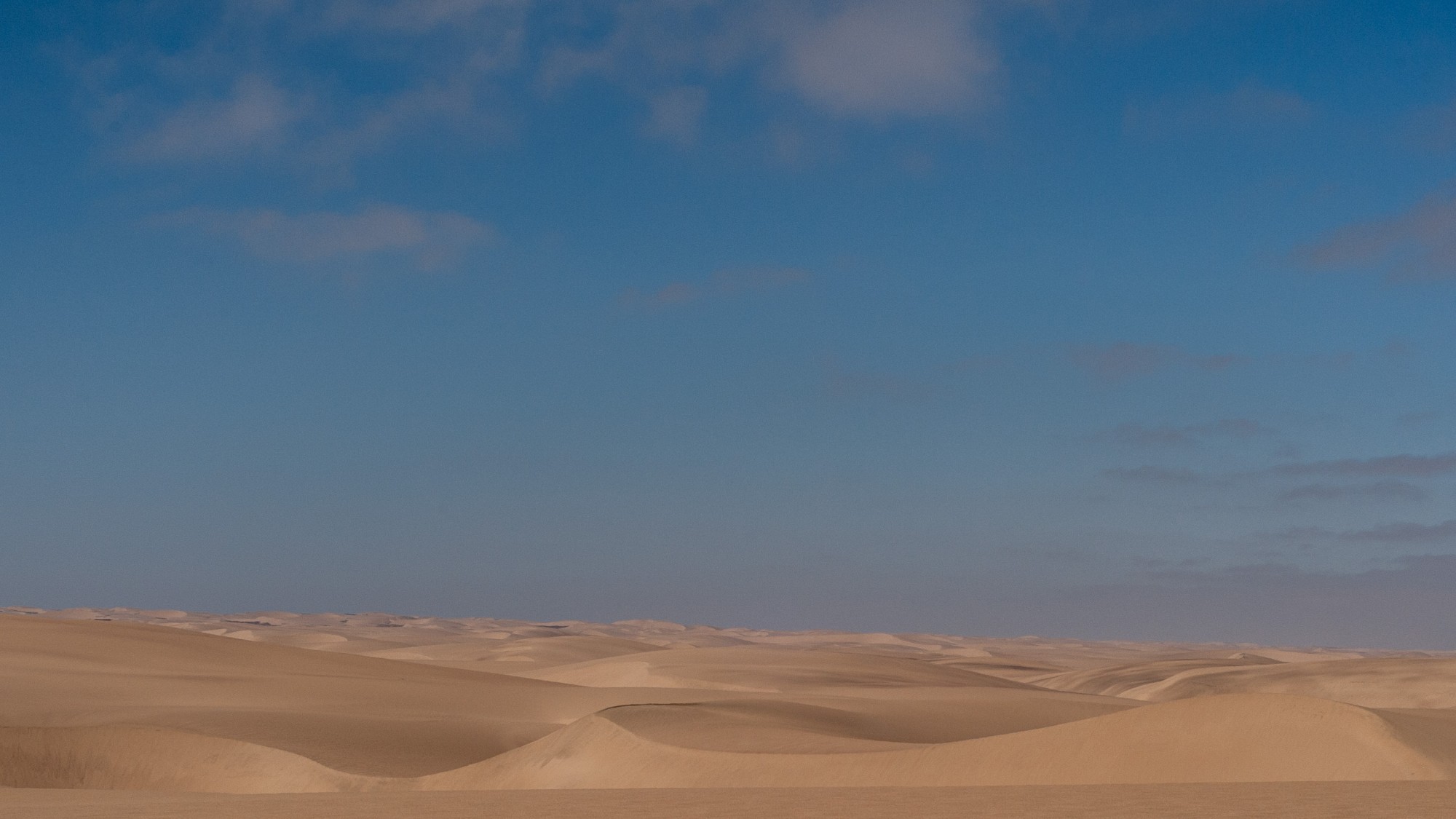 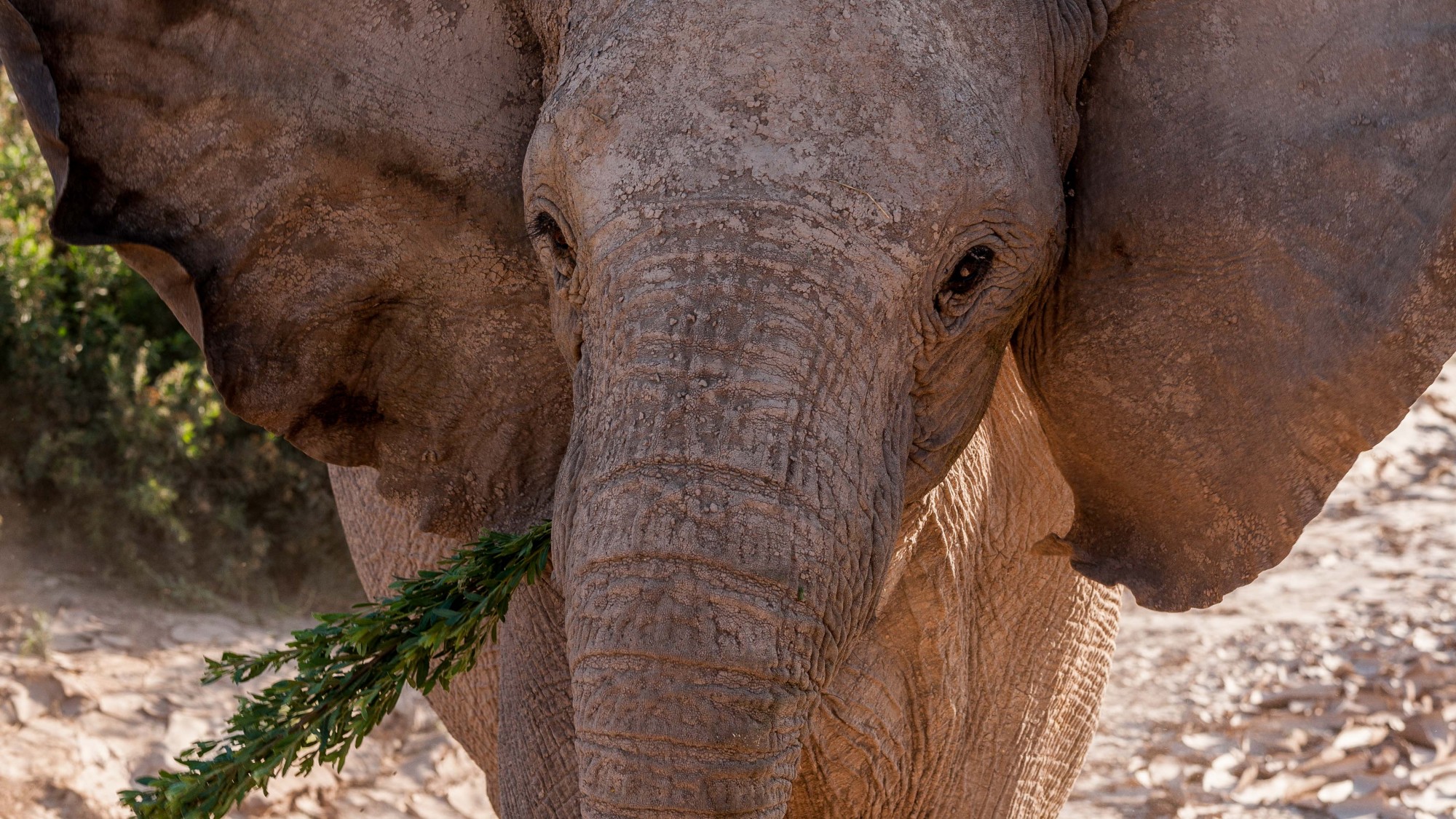 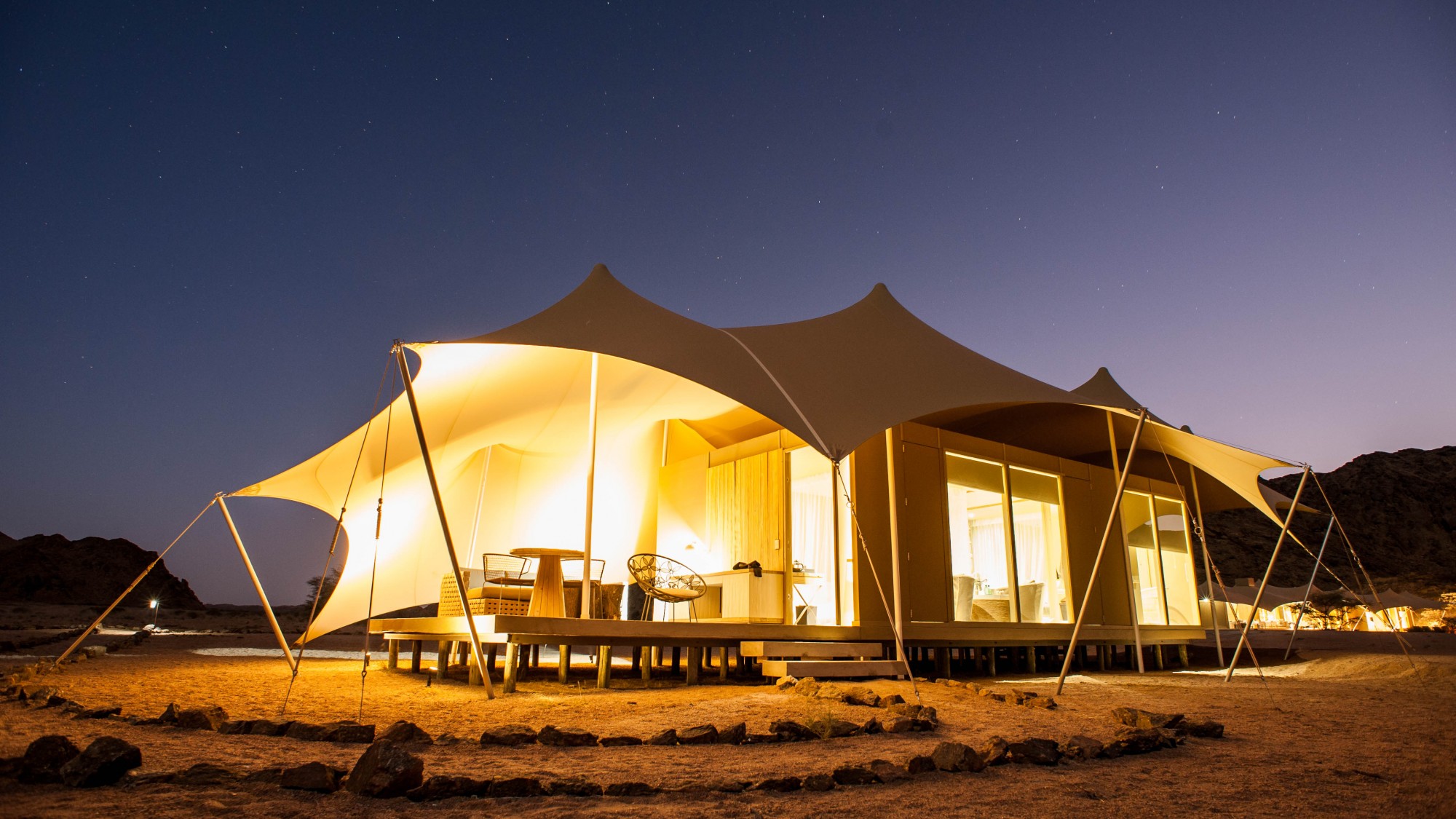 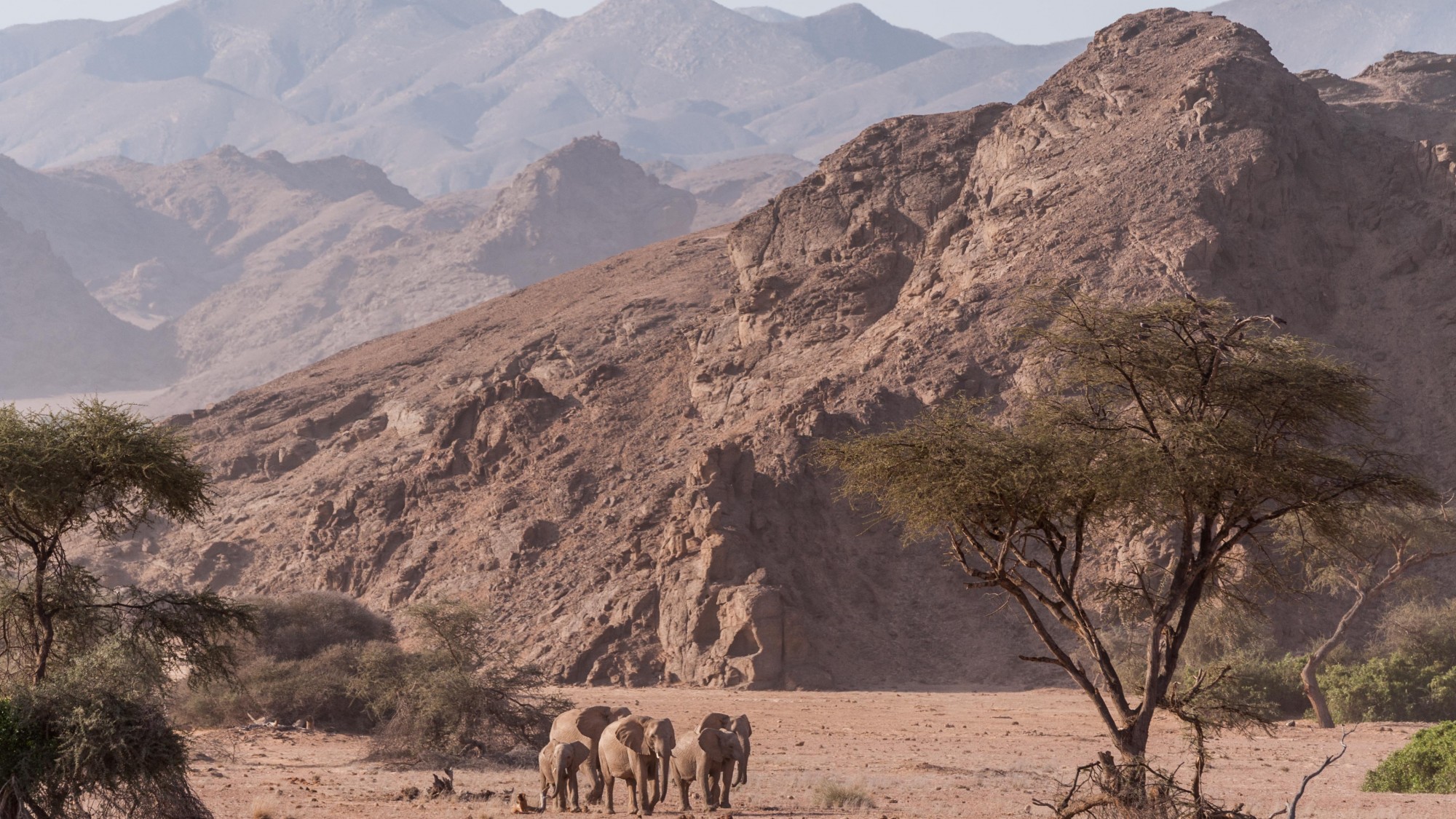 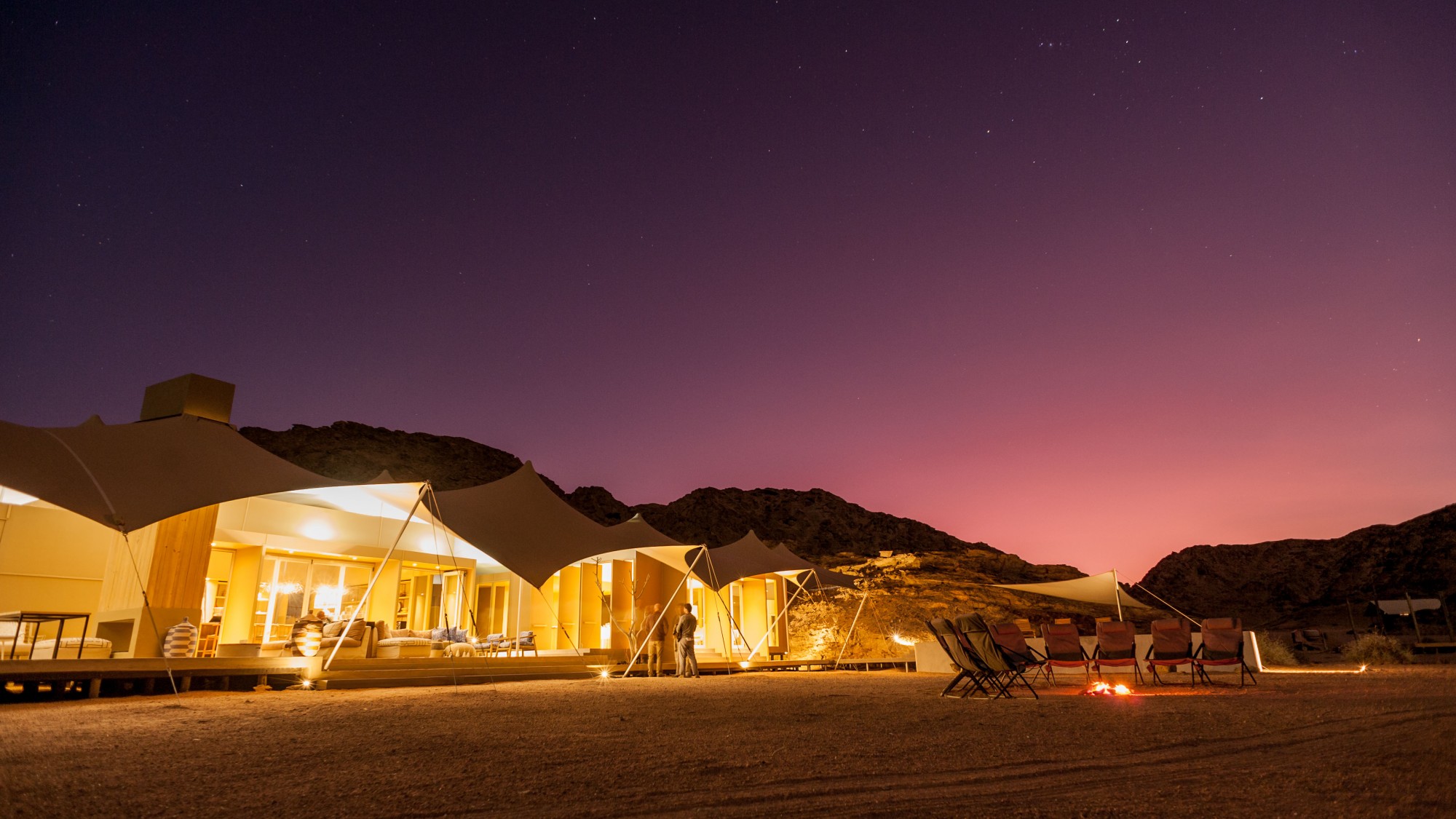 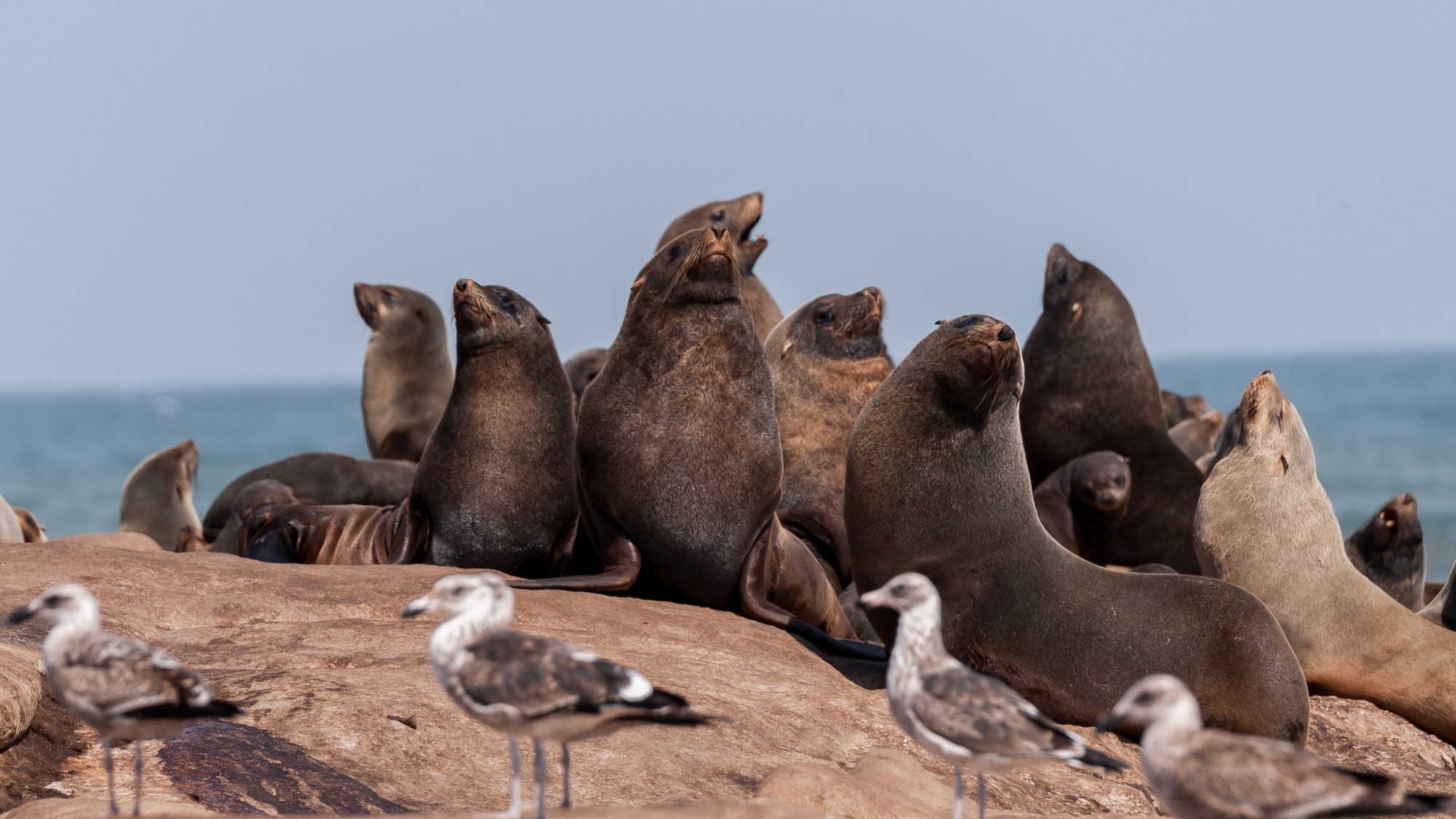 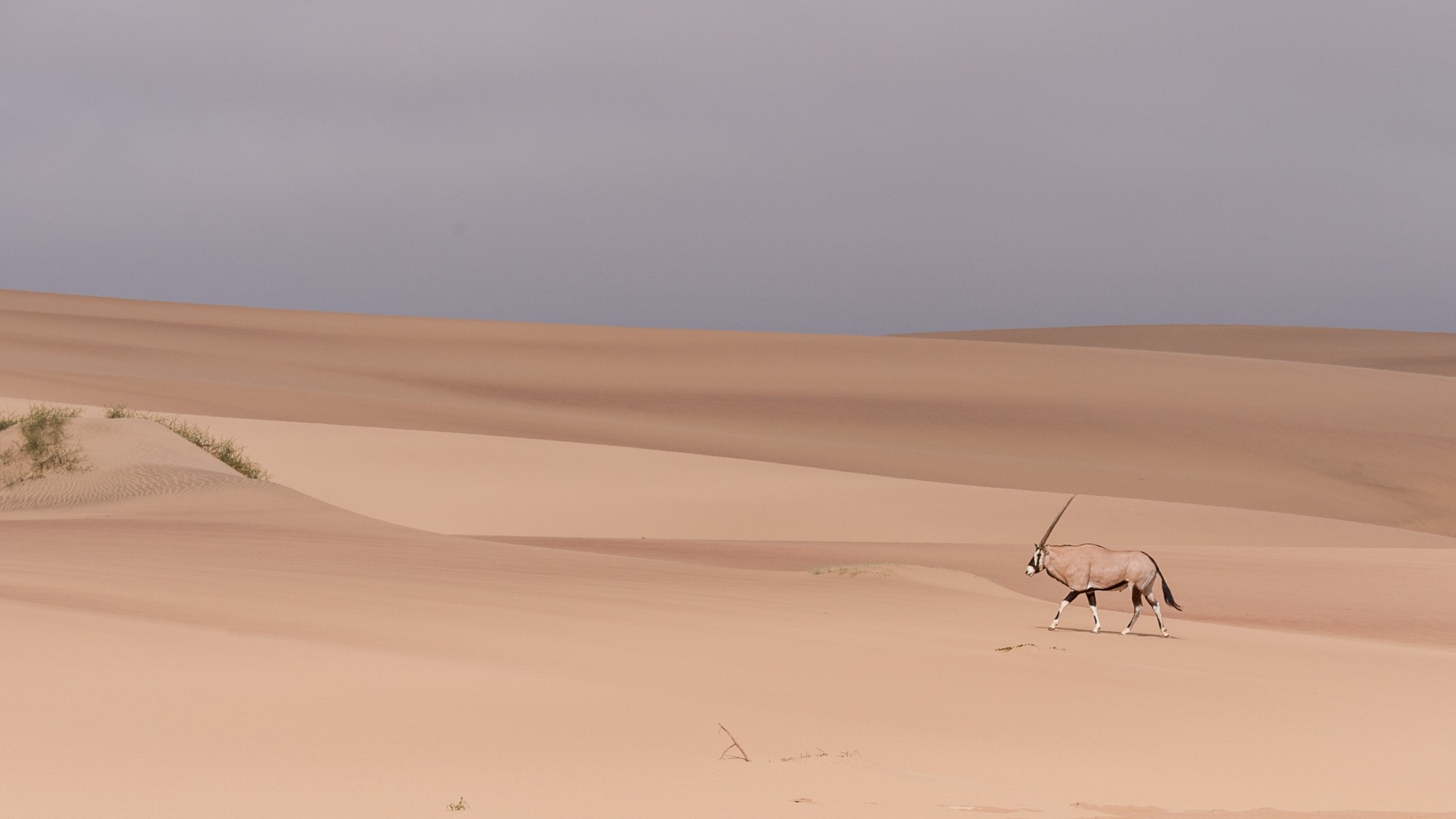 Oryx out on the dunes
Photography: Dan Achber 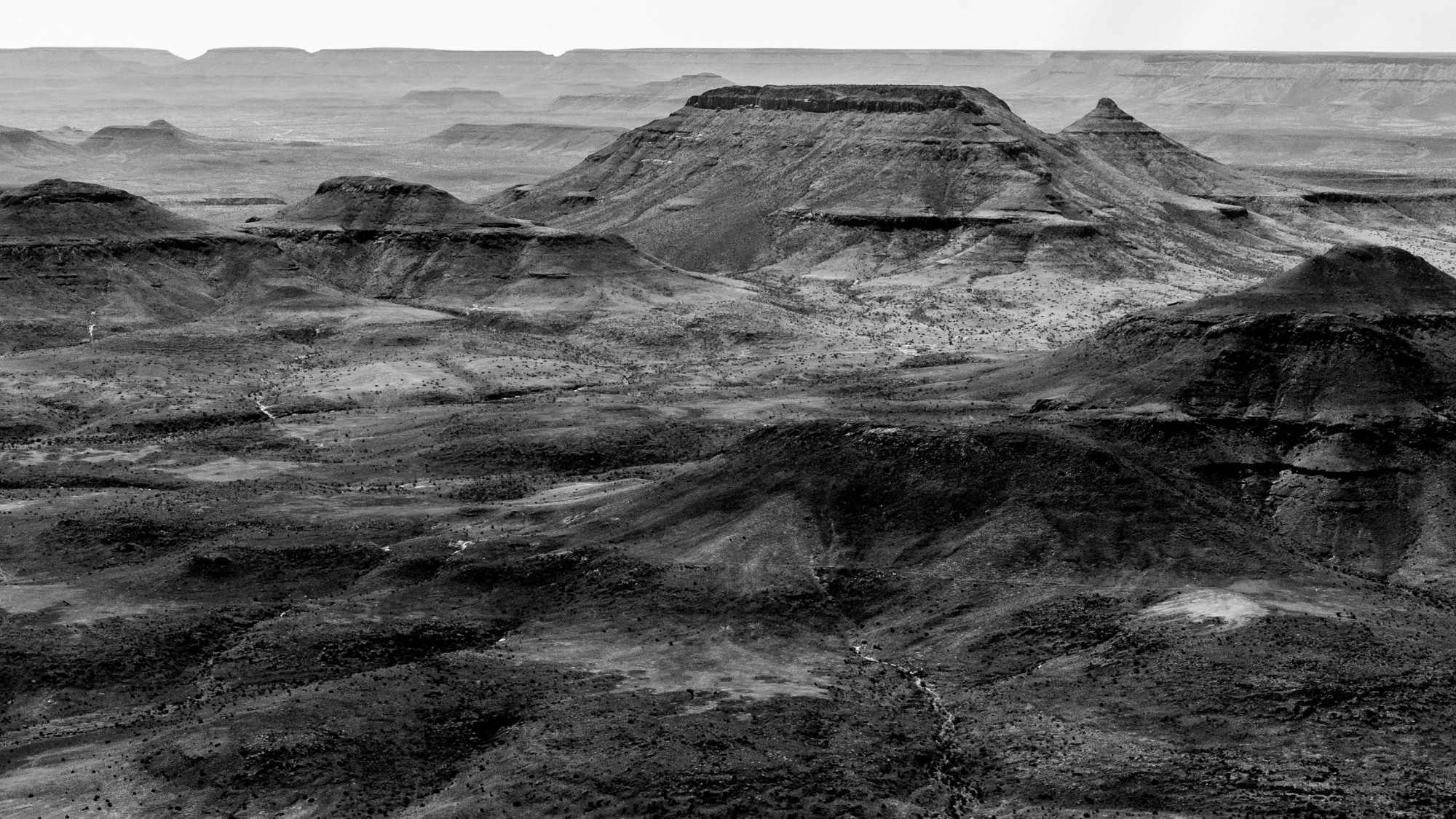 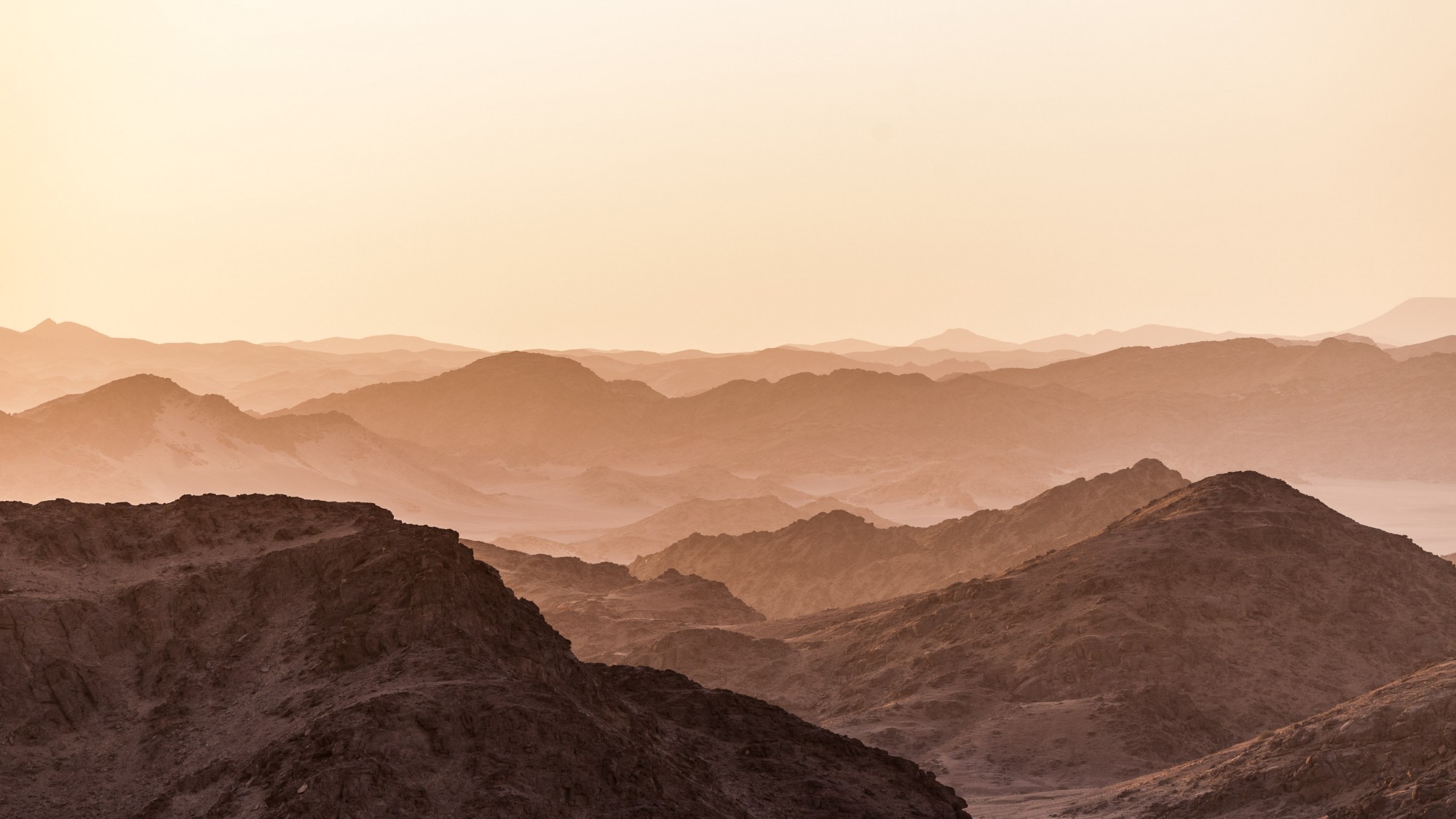 I am always amazed that in the space of just two days I can travel from a cold and rainy Toronto and be plonked down by a light aircraft about as far away as one can get in the wilds of Africa. It gets me every time, and it’s just one of the many things I love about going on safari.

On my latest trip I was lucky enough to go somewhere exceedingly remote. Way up north in Namibia, just a little inland from the Atlantic on the banks of the very old and very dry Hoanib River, is Wilderness Safaris’ new Hoanib Skeleton Coast Camp. The camp itself is a marvel; it’s still very much a tented affair, but gone are the stifling Meru tents in favour of nifty modern design and materials that help manage the heat of the day and the cool of the night. The result is a new safari aesthetic, one that I rather like.

I can only say that both the camp and the experience are amazing. Even getting there is fantastic. As you fly into the region you cross ancient landscapes of dry river beds, tectonic fault lines exposed like scars in the earth, and the nubs of ancient mountains ground down by millennia of wind and weather. If I had to pick one word to describe the area it would be ‘epic’. From the top of any one of the rocky hilltops that surround the camp you’re treated to stark and beautiful landscapes painted in just a few colours. The views in any direction will leave you wide-eyed trying to take it all in.

Hoanib has its share of wildlife, but it isn’t what I would call a game destination. It is best paired with another spot like Desert Rhino Camp for a good wildlife hit. Although, there’s an excellent chance you’ll see the exceedingly rare desert-adapted elephant; they come into camp each afternoon for a drink. Out at the coast you’ll also be treated to the sight and—overwhelmingly appalling—smell of thousands upon thousands of seals.

One of the highlights of a stay at Hoanib is a drive out to the coast itself and the flight back to camp. Describing it reads like directions for some sort of epic quest: “Turn left at the thousand-year-old Welwitschia plant and follow the dry river bed past the grey giants to the grassy floodplain. After crossing this, you must navigate the sea of roaring dunes (if you want to know what a roaring dune is, you’ll just have to visit) to reach the ocean guarded by armies of foul smelling seals.”

Yes it’s far away, and it takes a while to get there, but once you make the trip you’ll be very glad you did.

In an alternate universe, Dan routinely rides a desert-adapted elephant through the roaring dunes of Namibia, spearing cruel poachers and covering them in seal musk to ward off their evil compatriots. In this universe, he works out of our Toronto office and visits Africa as often as possible.

The views in any direction will leave you wide-eyed trying to take it all in. 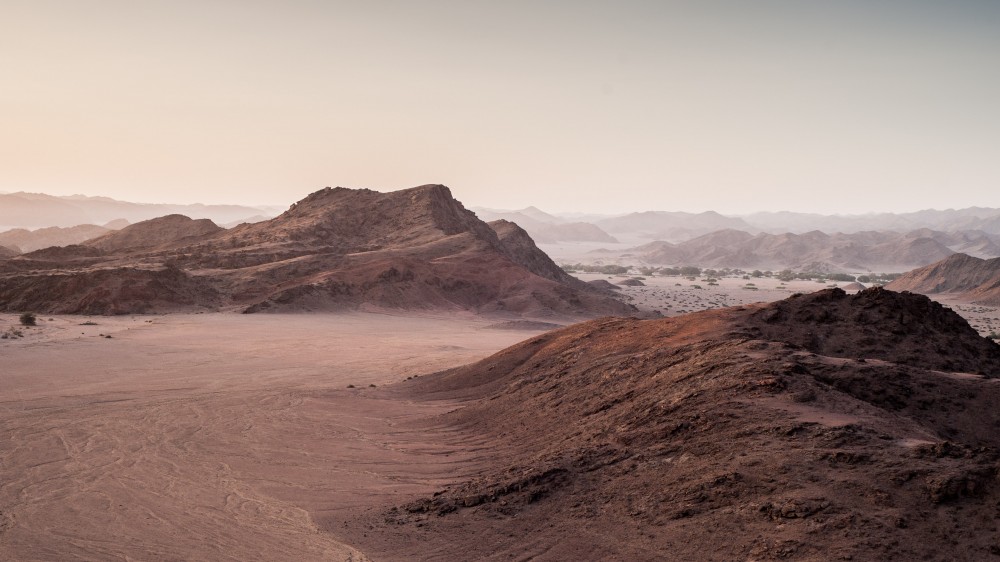