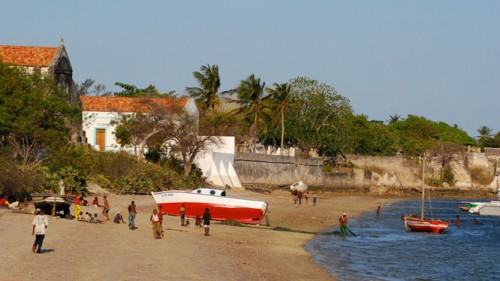 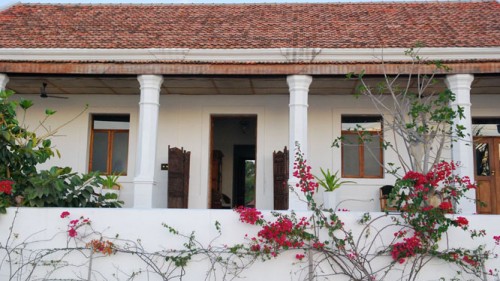 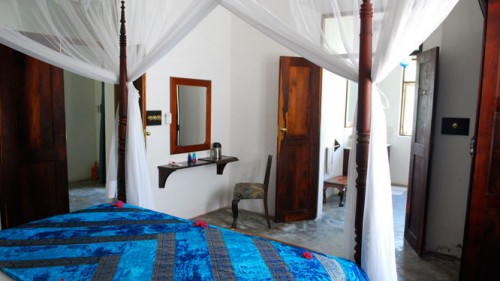 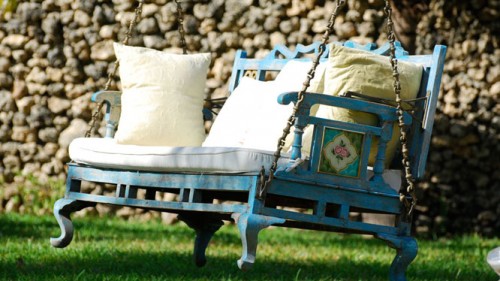 Tell me you can't hear it calling you...
Photography: Greg Sacks 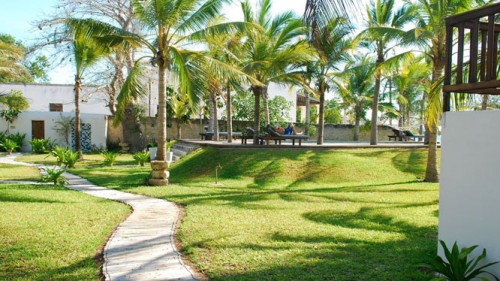 A view from the gardens out to the pool with the harbour just beyond
Photography: Greg Sacks 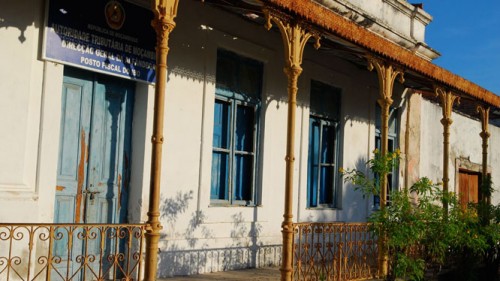 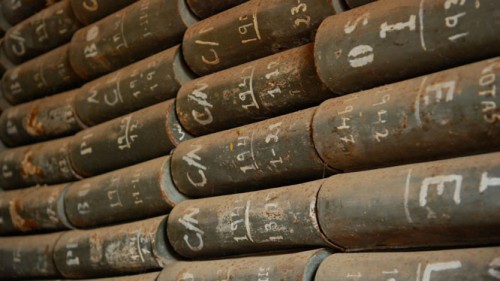 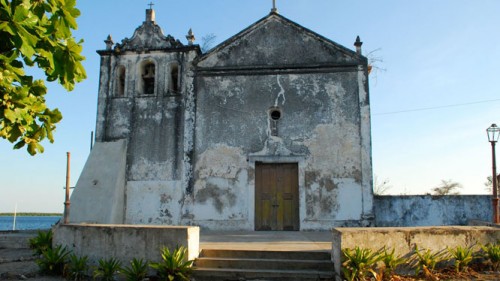 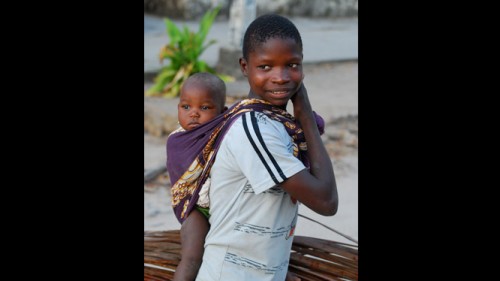 There is a warmth to the islanders—you can't help but connect
Photography: Greg Sacks 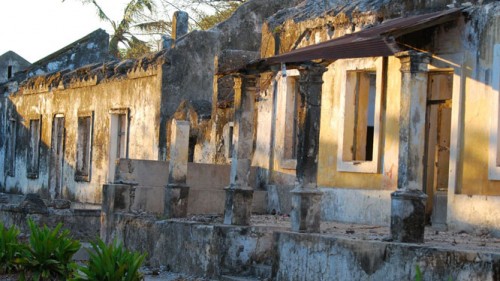 Let your imagination run wild and you can almost hear the bustle that once was Ibo
Photography: Greg Sacks 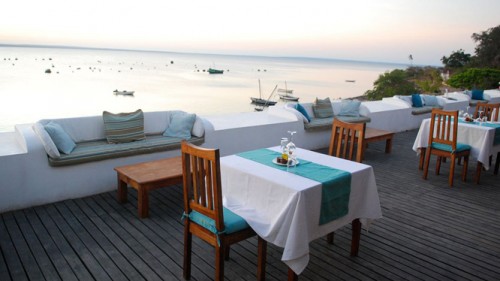 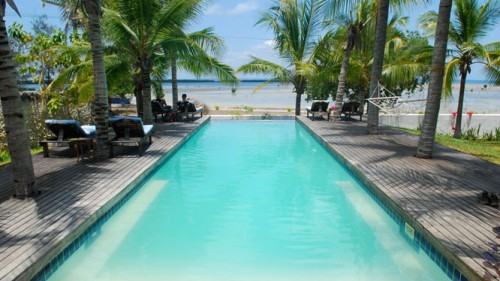 The pool is the perfect place to while away the afternoon
Photography: Greg Sacks

Ibo Island is one of those places I always hoped existed but then kind of lost faith in. Finding it was like remembering a dream a few hours after waking—I felt a rush of excitement and familiarity, a sense of triumph. And now I spend my days dreaming of going back.

Because of its fresh water, Ibo and many other islands off Northern Mozambique have been inhabited forever. The locals traded first with the Arabs and then in the 1600’s with the Portuguese. While the Arabs had little interest beyond gold, ivory and slaves, the Portuguese brought with them farming techniques and government. Visitors today will find many structures dating back to the 18th century, and the population grew steadily until Mozambique’s independence wars in the 1960’s. Then it was abandoned in a hurry—you can still see the doors swinging on their hinges. What you find today is an eerie ghost town of sorts, a time-worn postcard from the past. It has been deservedly nominated for World Heritage status, and wandering Ibo’s streets with Harris the guide is like walking through a wormhole in the universe.

Our friends Kevin and Fiona made Ibo Island their labour of love, and have become deeply invested in its welfare. Along with the local community, they restored a dilapidated seafront ruin into the gorgeous Ibo Island Lodge—a nine bedroom boutique hotel that oozes history and charm. In the process they found a master storyteller and historian in Joao Baptiste, some jewellery makers employing ancient techniques inherited from Omani traders, and a collection of the warmest smiliest people you will ever meet (many of whom are now employed by the lodge).

The building itself features a beautiful front porch with colonnade, a rooftop terrace overlooking the harbour, cultivated gardens and a refreshing pool. Rooms are cool and white, sparsely decorated with Portuguese antiques from Goa. Luxury is defined here as simple perfection—fresh seafood, friendly staff, simple comforts and responsible ownership. And there are enough activities on offer to keep you busy for days, including snorkelling, kayaking and sunbathing on isolated sandbanks that come and go with the tides.

Tourism in its best form makes you fall in love with a place, for we protect that which we love. Ibo Island Lodge is shining example of just that, and chances are you will hear more and more about this magical place as word gets out.

Greg has installed a sandbox under his Toronto desk to help him make it through until his next trip to Africa in May.

Wandering Ibo's streets with Harris the guide is like walking through a wormhole in the universe. 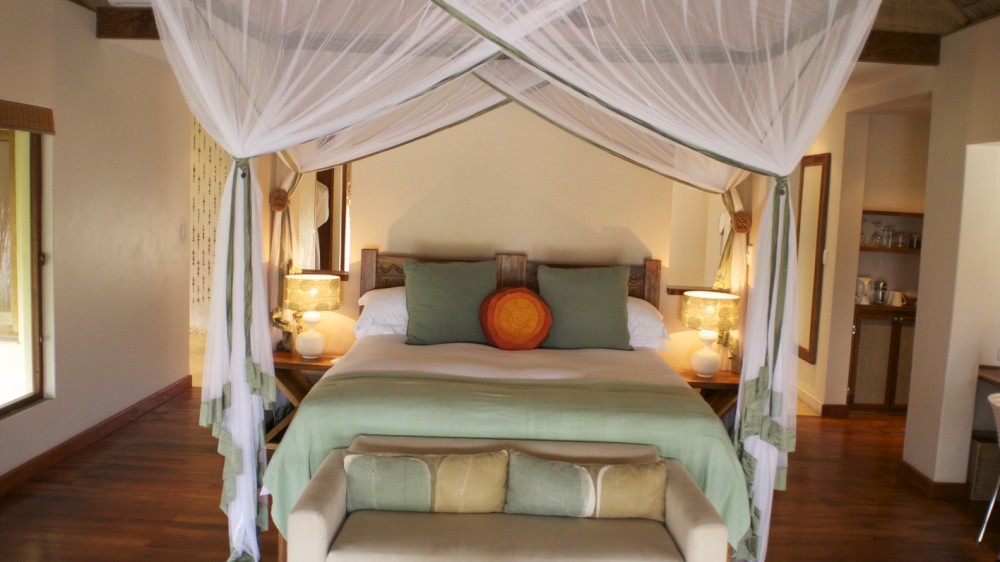