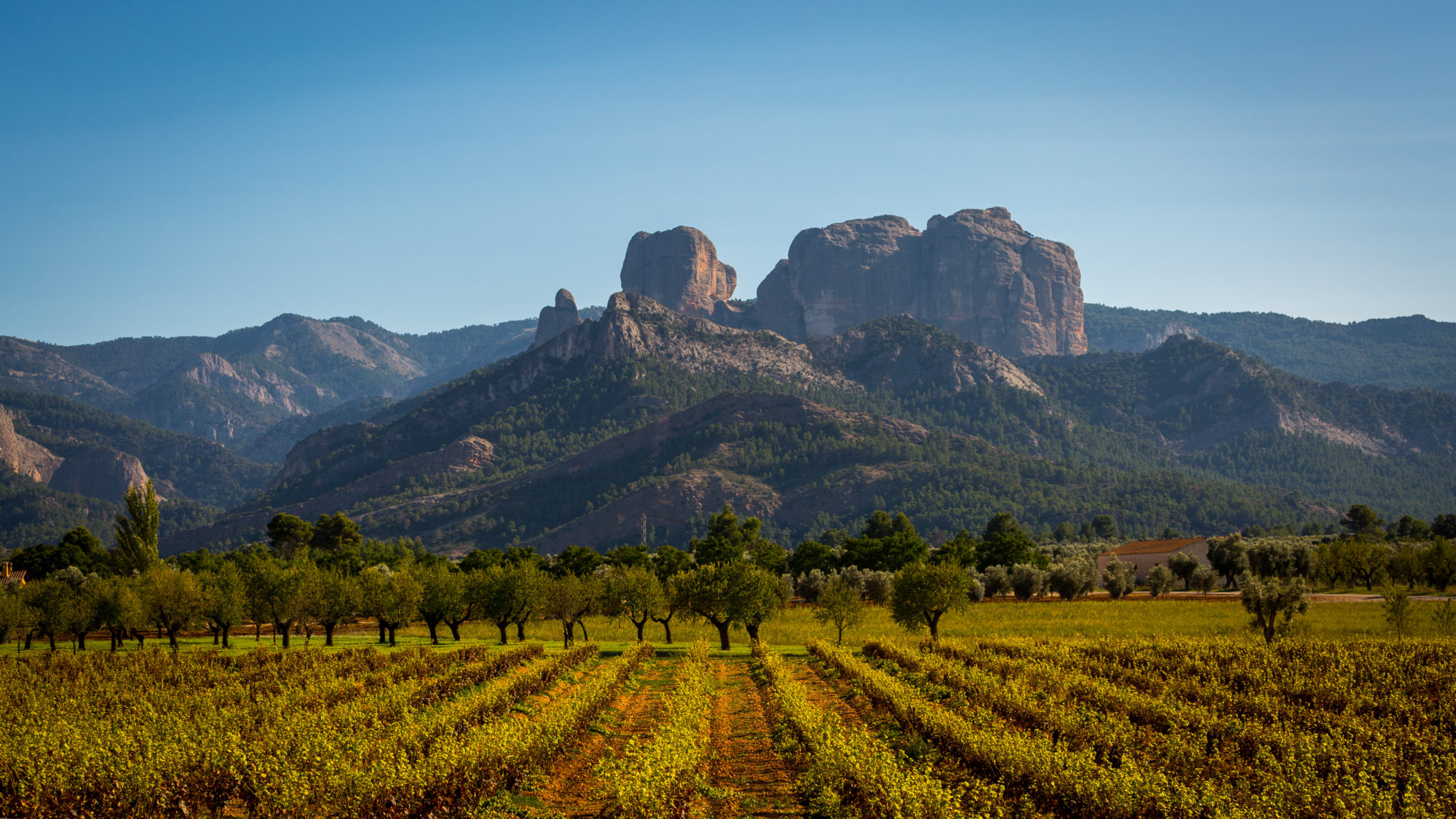 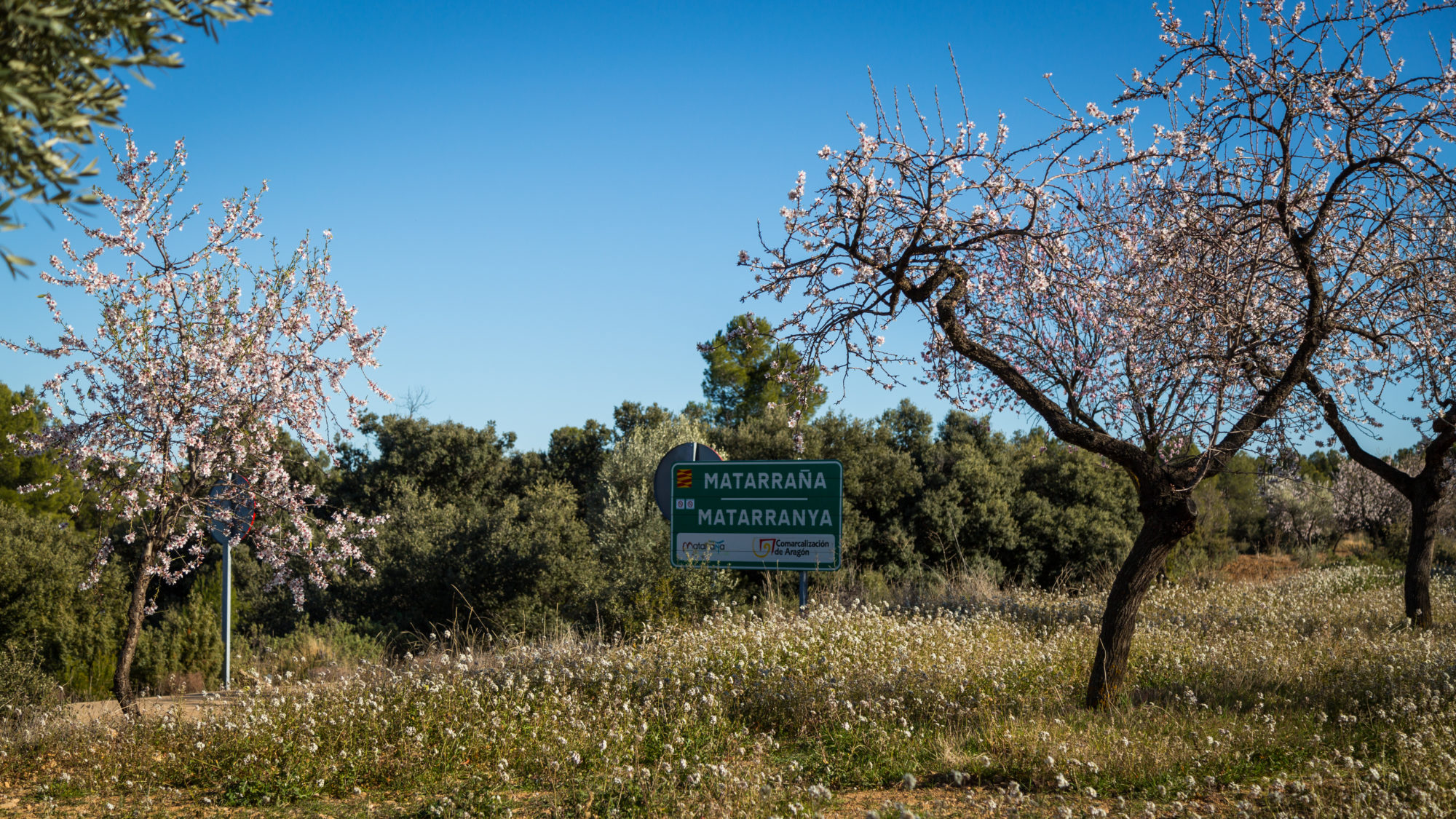 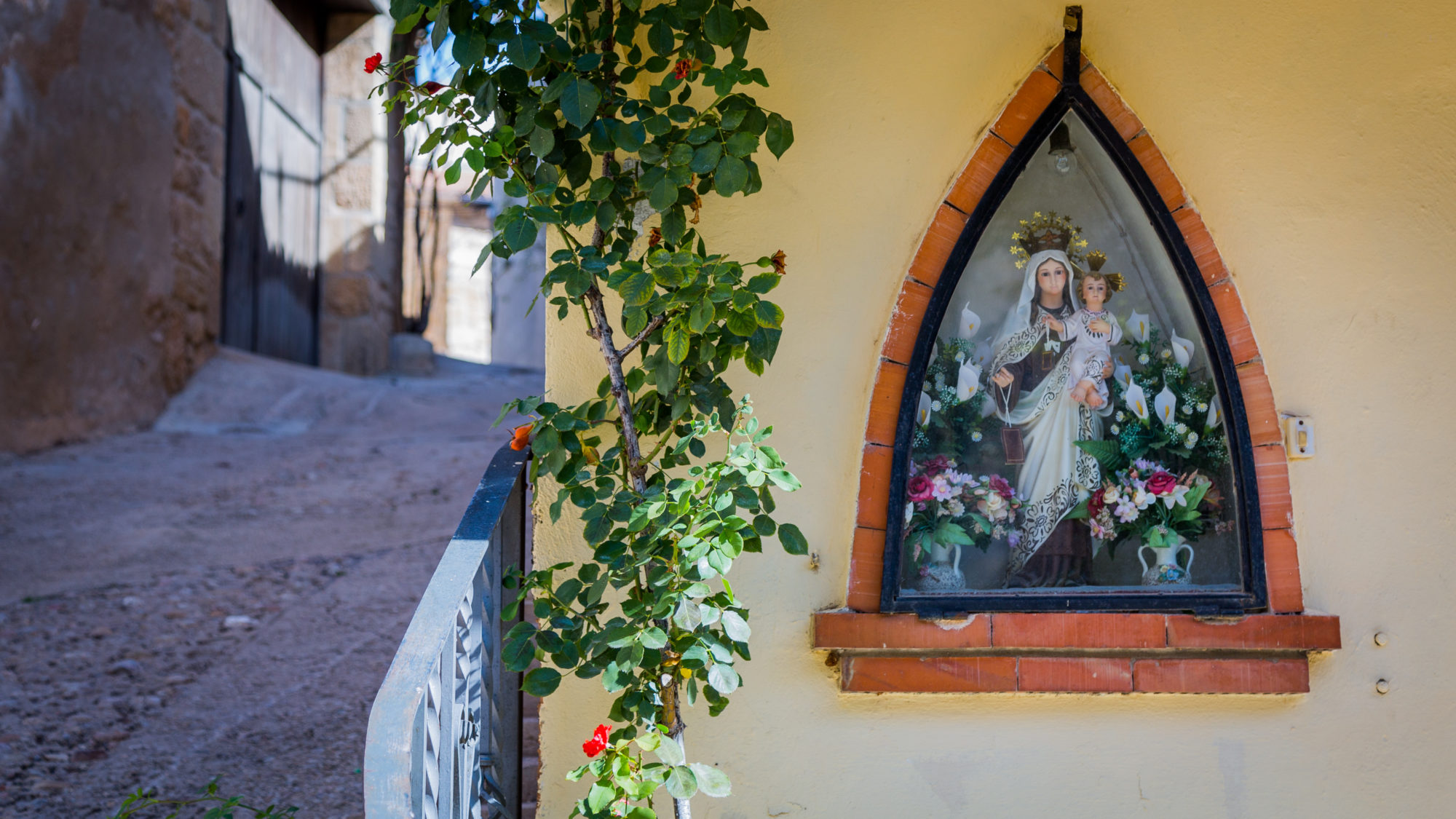 The Matarranya is a region that quietly maintains its traditions. Photography: Sebastian Lapostol 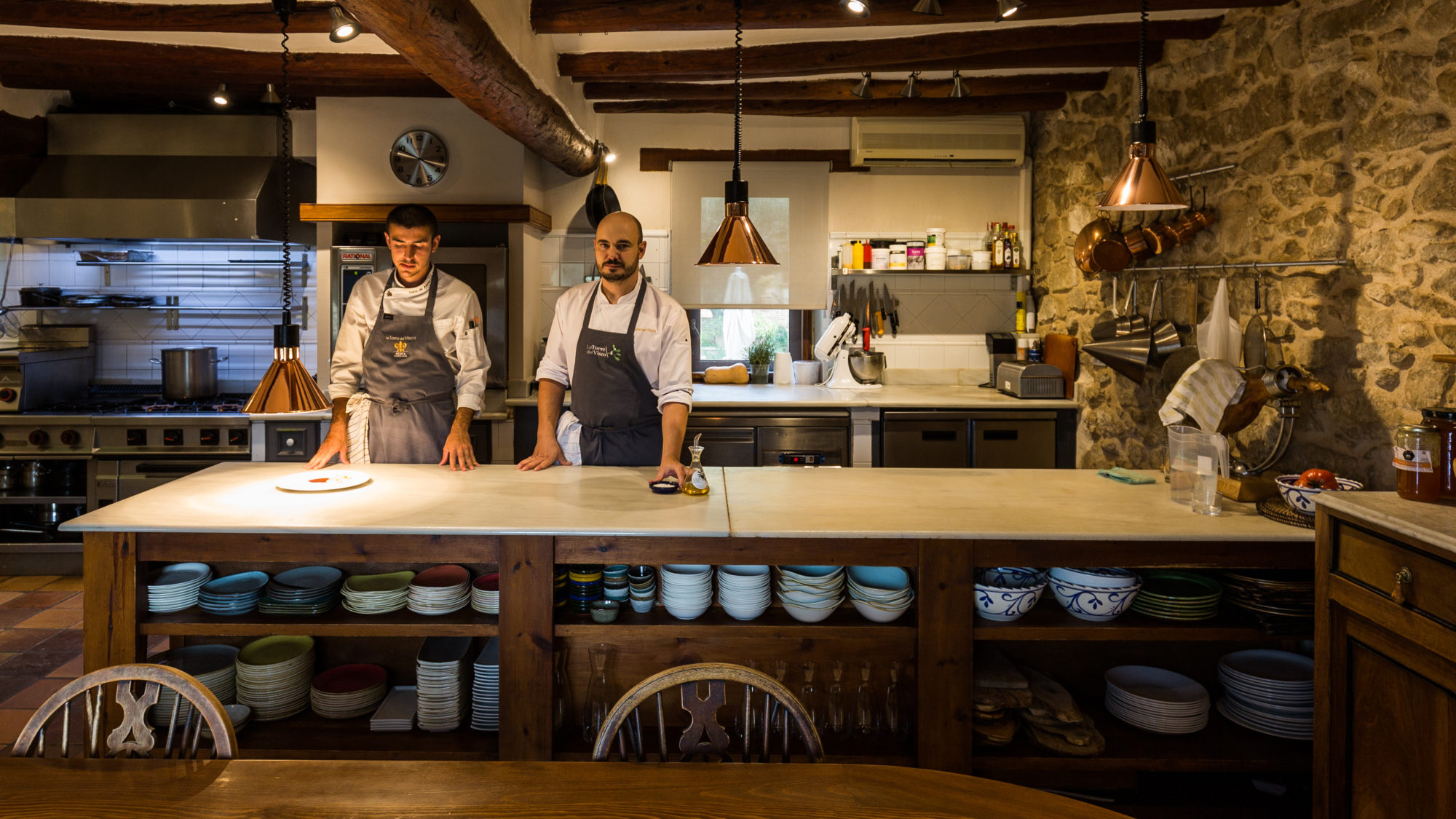 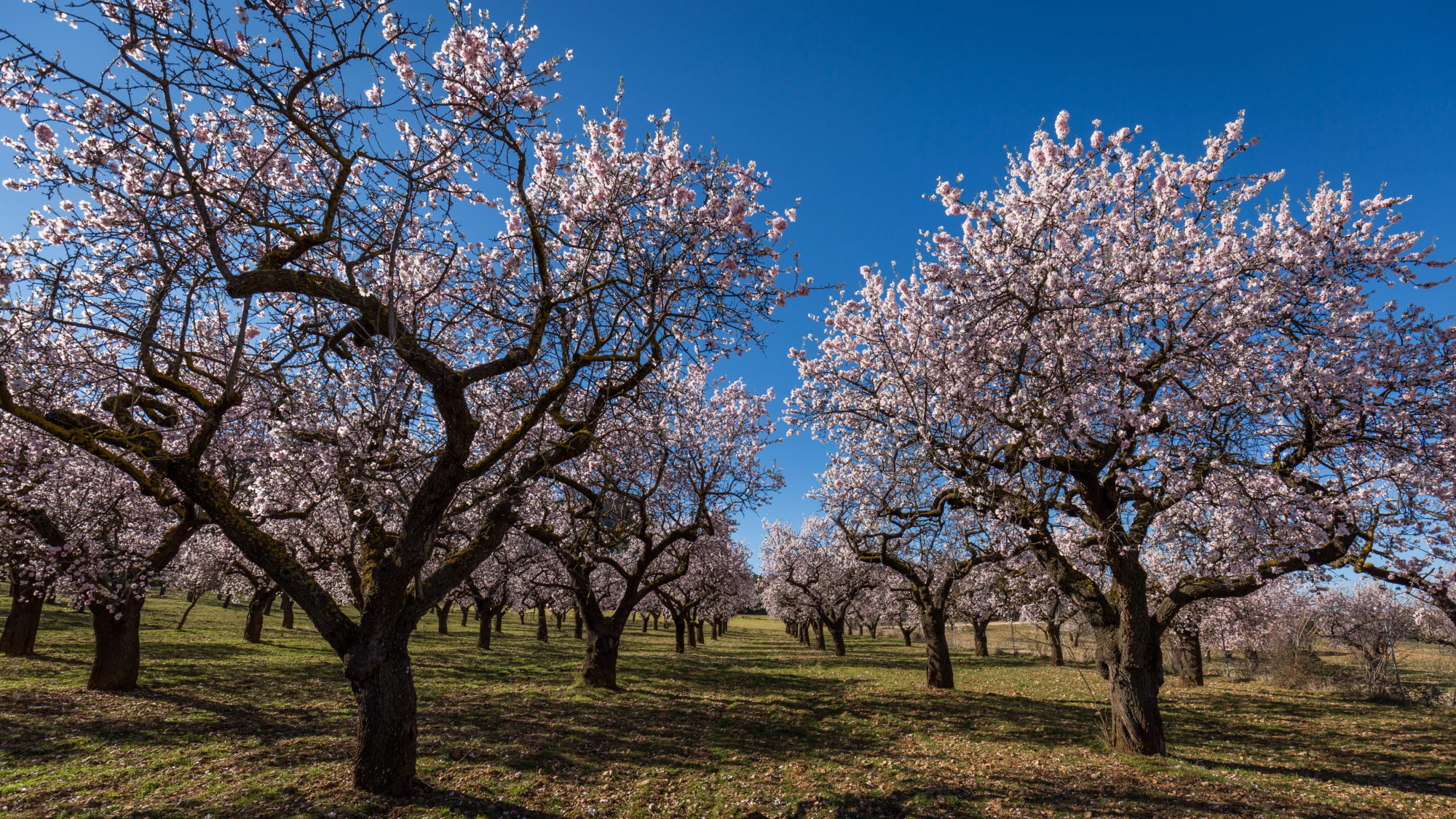 Silent temples to the beauty of nature. if you could only hear the singular, low-level buzzing of a thousand bees. Photography: Sebastian Lapostol 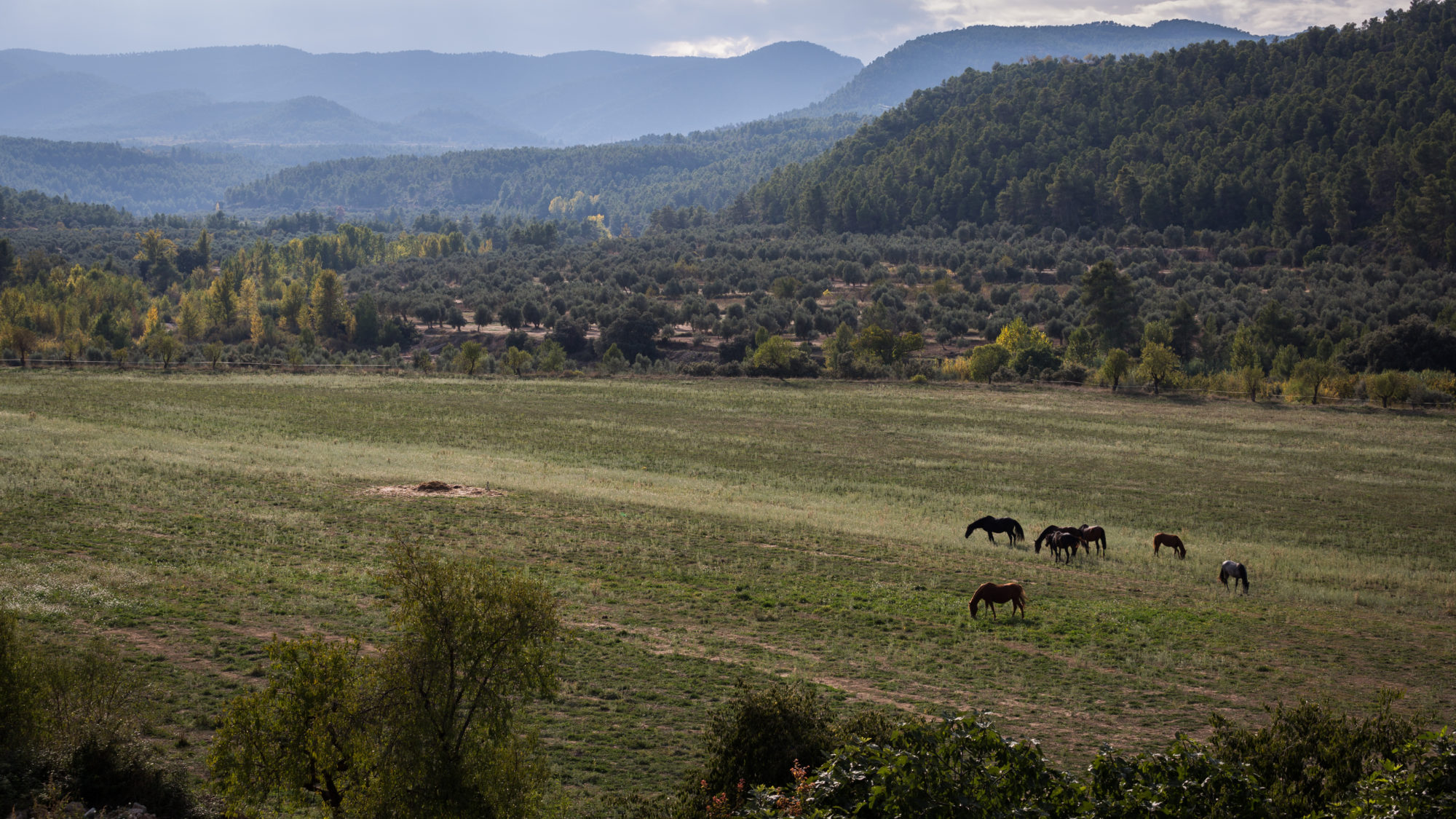 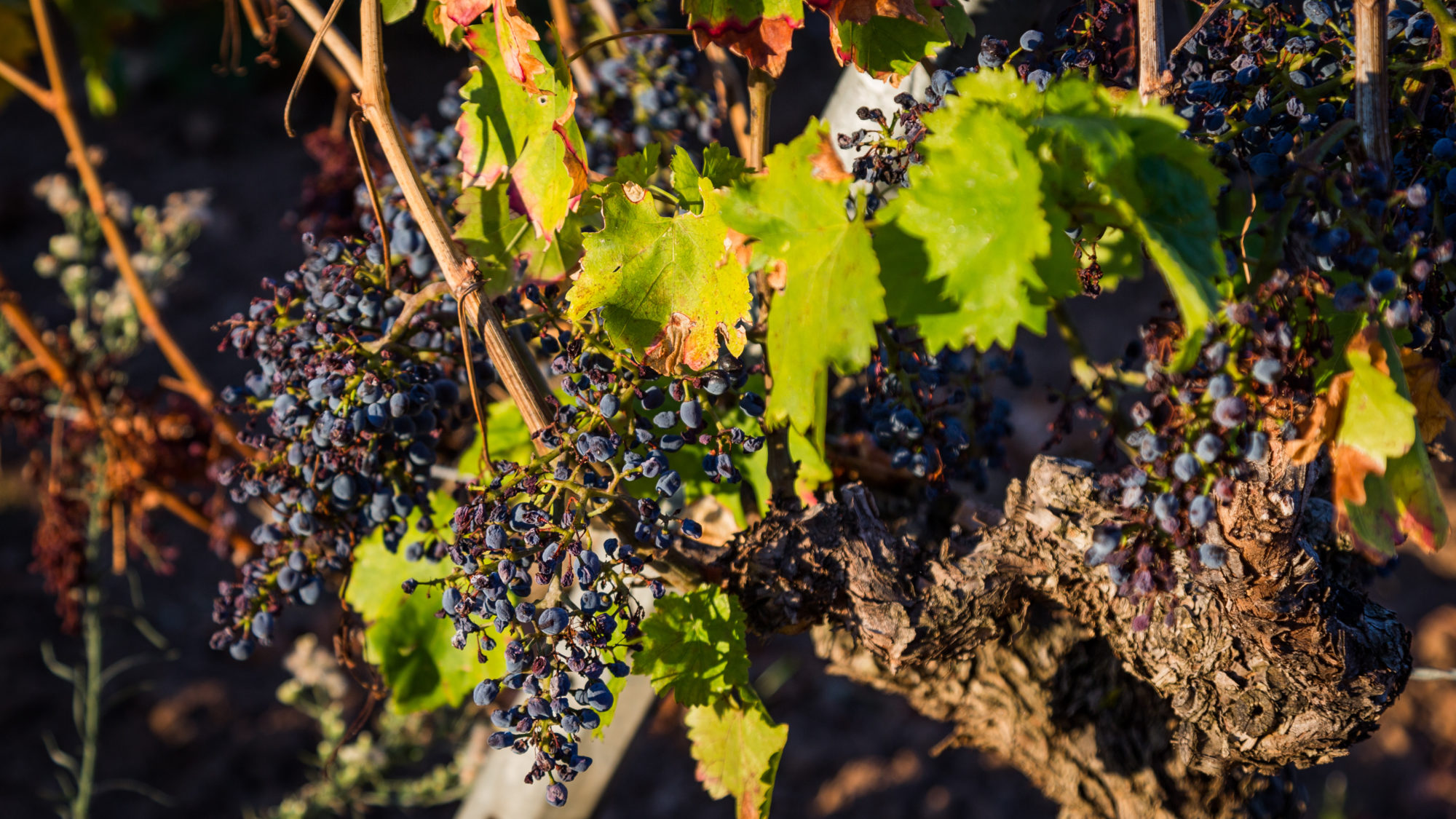 The region is noted for their mainly Grenache vineyards. Photography: Sebastian Lapostol 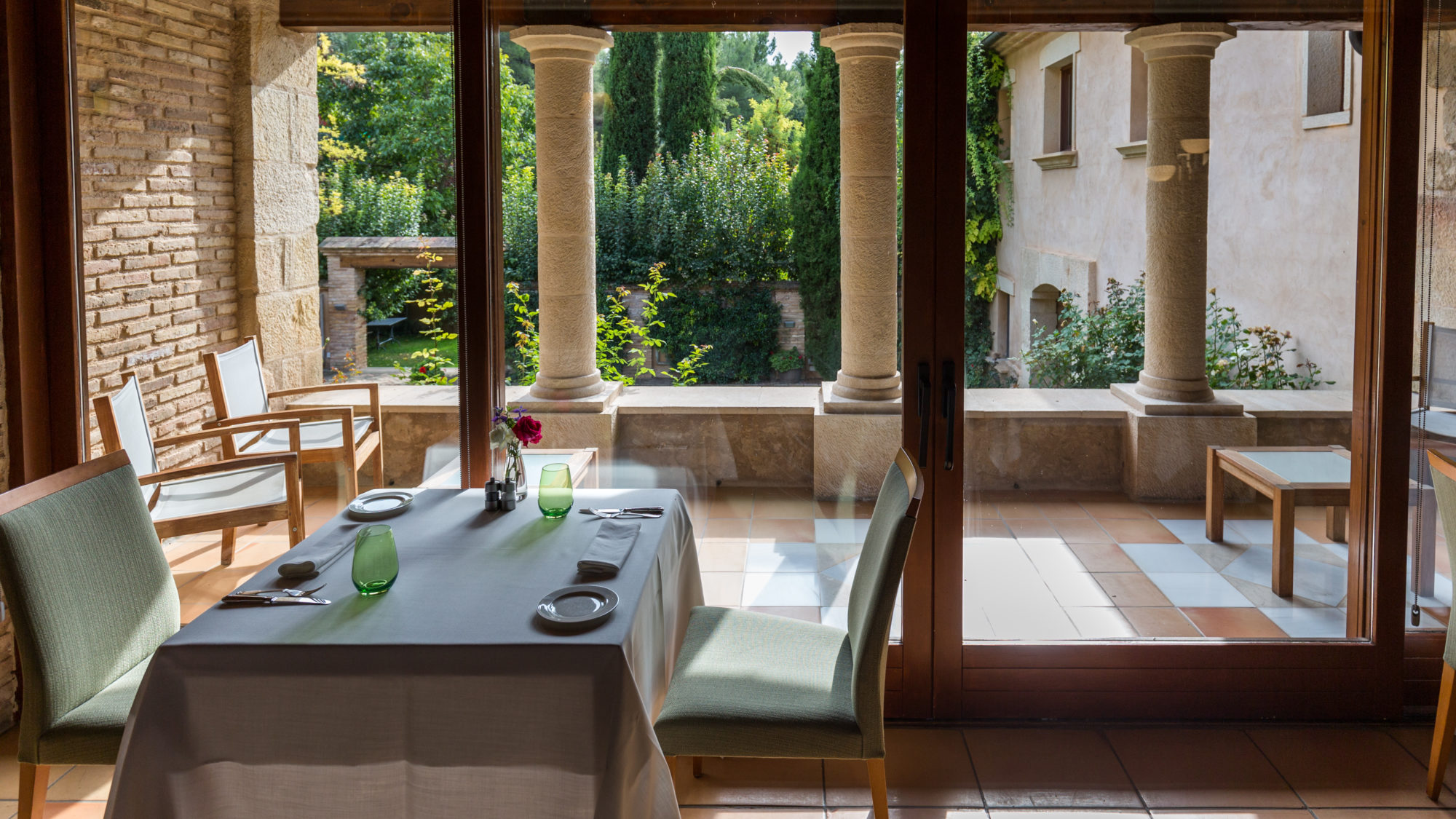 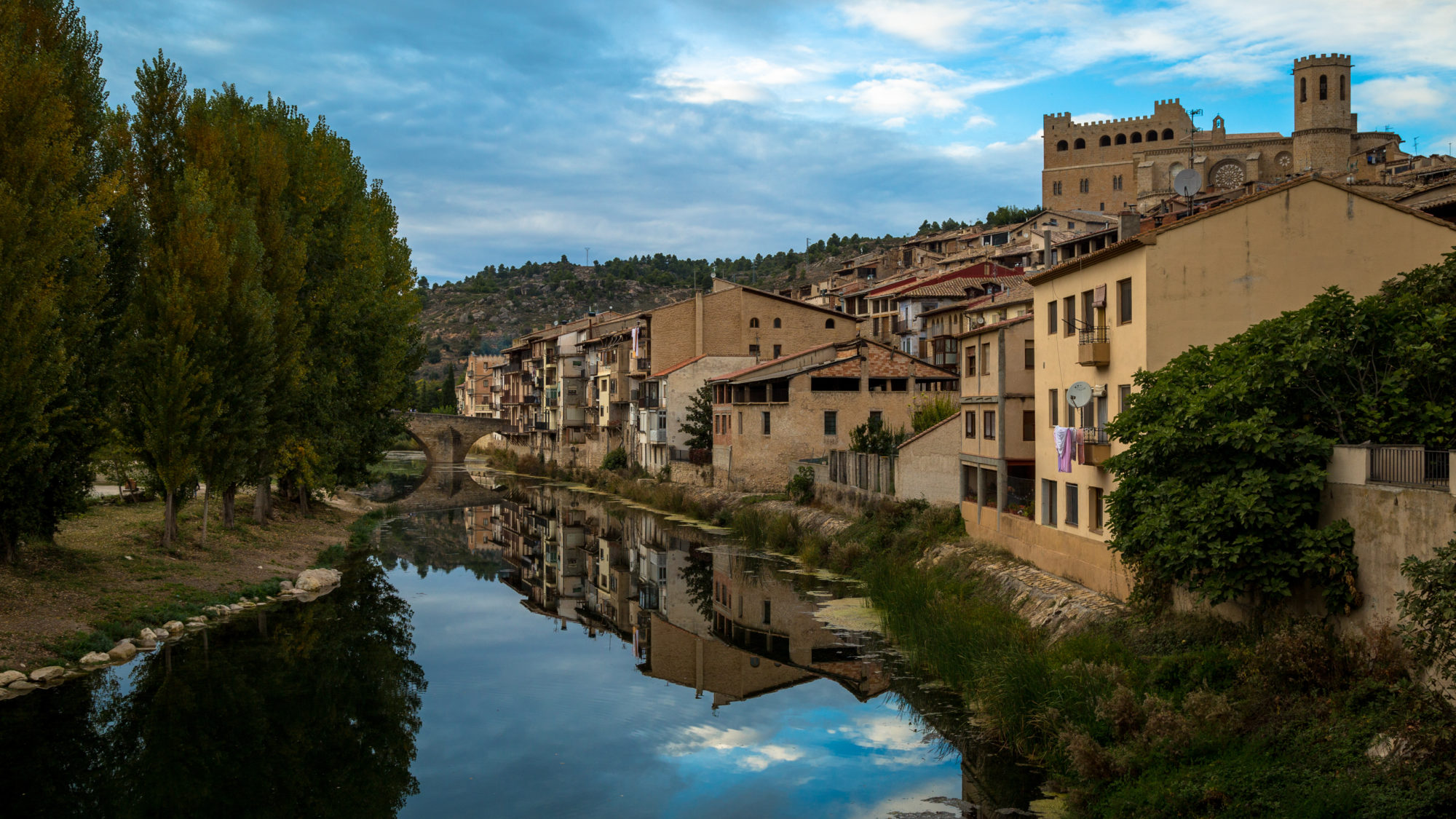 The de-facto capital of the area is Valderrobres with a setting so picturesque it has been named one of Spain's prettiest villages. Who knew? Photography: Sebastian Lapostol 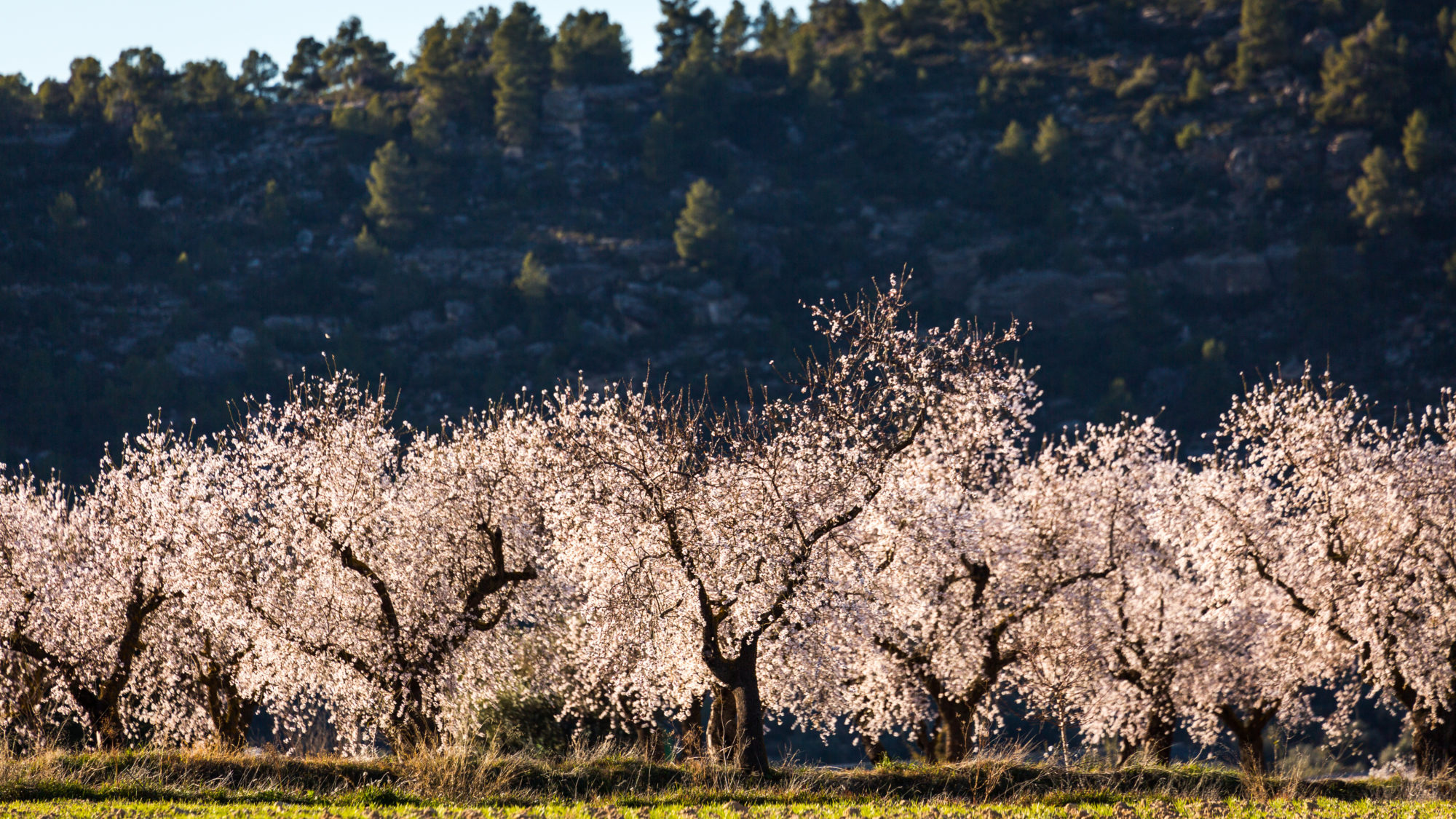 The bursts of almond tree blossoms remind us that while it's Winter, Spring is not far away. Photography: Sebastian Lapostol 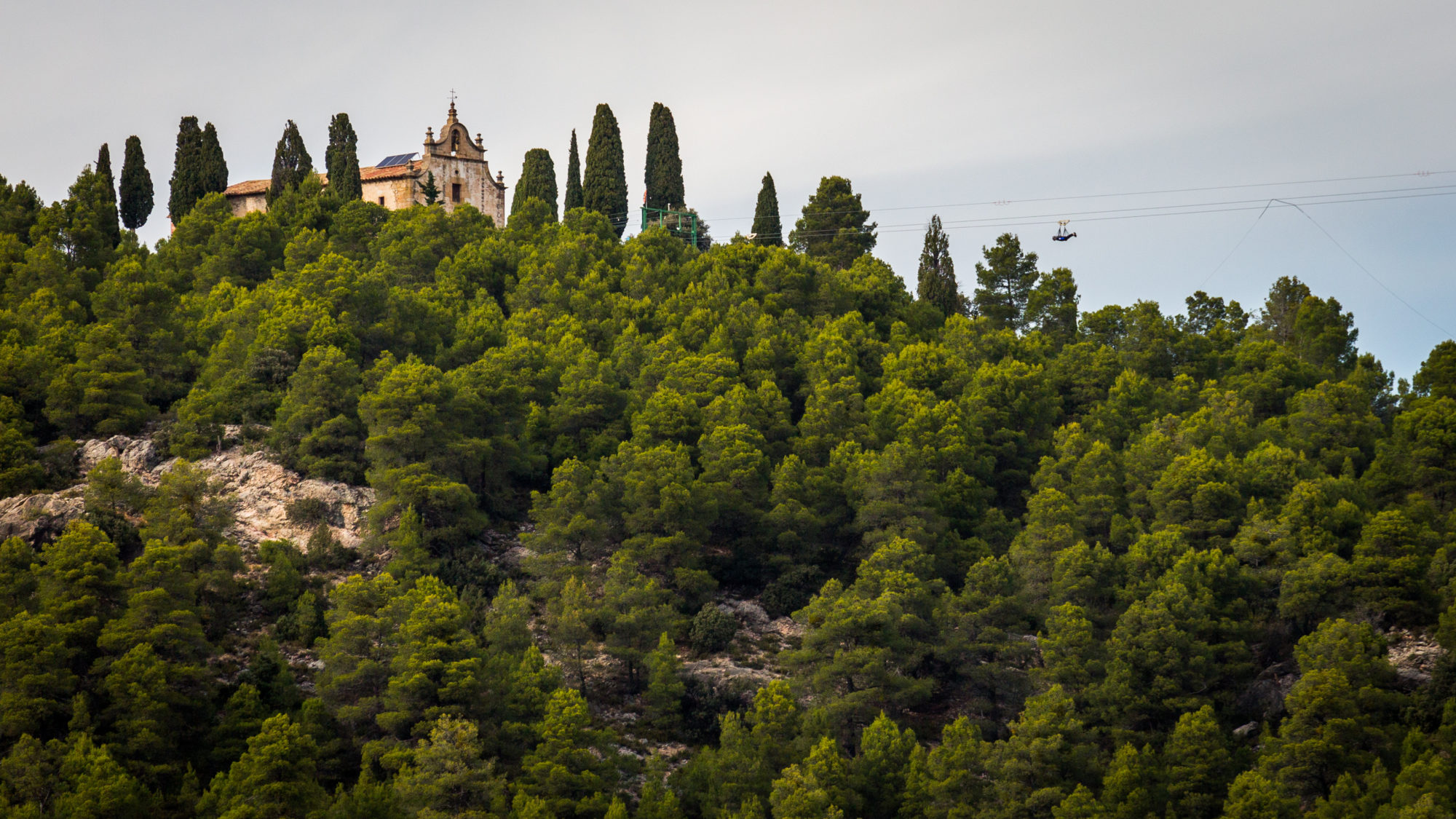 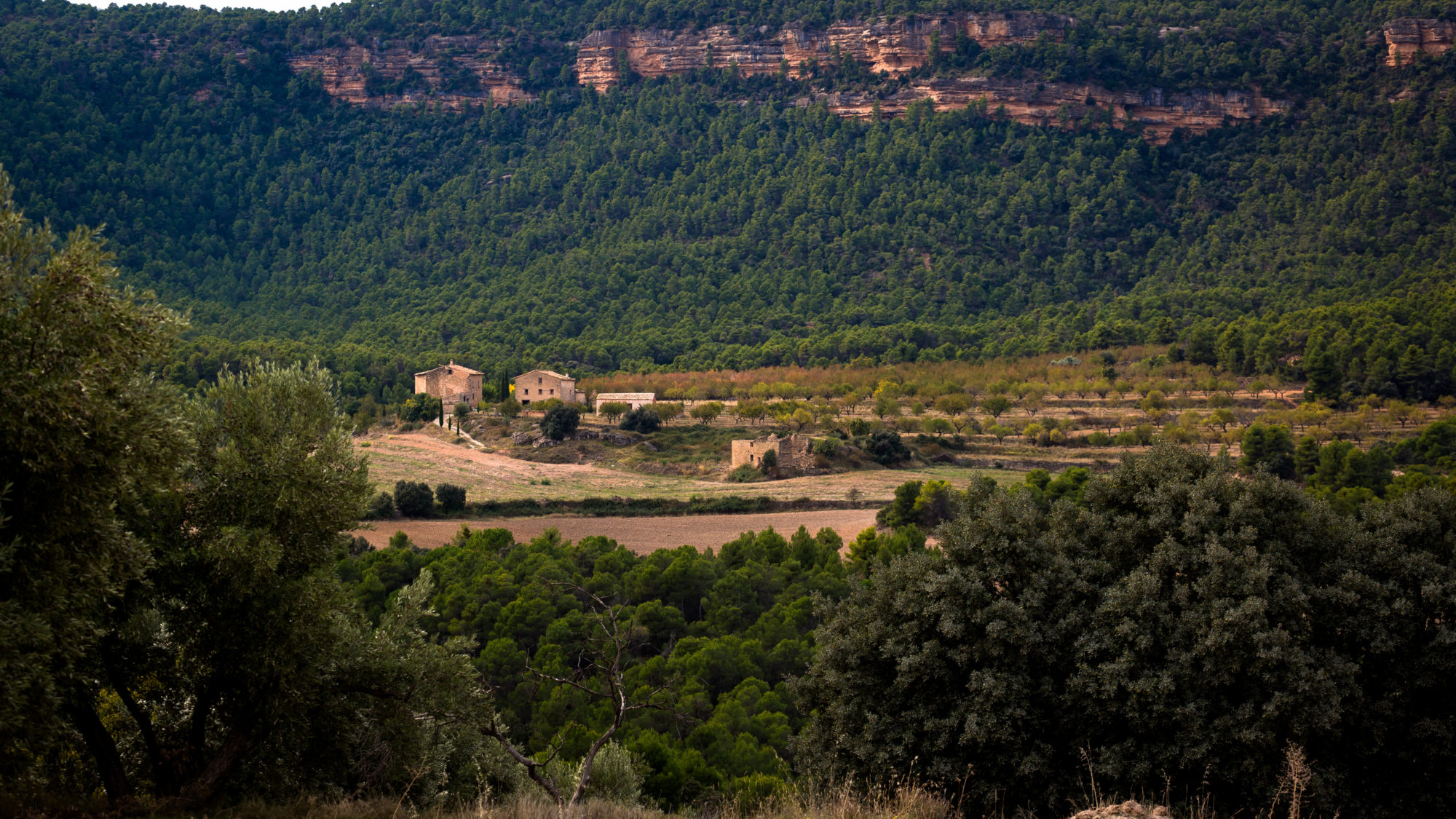 Matarranya's scattering of traditional country "Masias" are a reminder of the rural traditions of the Spain of old. Photography: Sebastian Lapostol At the moment there's only a handful of small but charming hotels in the region, such as the owner-run Mas de la Costa, offering wonderful countryside walks going from village to village. Photography: Sebastian Lapostol Spain Without a Map: The Matarranya

I pull the car to a screeching halt, and hop out to take in this moment. After an hour or so of fairly uneventful driving from Valencia heading north, the landscapes begin to reveal the first of many medieval hilltop villages and I capture a few shots with my camera before continuing on. A short while later, we’re at the Posada de Guadalupe in Monroyo, clearly the only “outsiders” at the restaurant, nibbling on olives while amusing ourselves with the English menu. Translations like Our Letter (“la carta” – Spanish for menu) or Incoming (for “entradas” or starters) suggest that visitors are few and far between here, and I quickly discover that whatever deficiencies in translation may exist, they are easily compensated by the skills of the chef.  My “incoming” is delicious padrón peppers generously blanketed by lashings of the region’s famous jamón de Teruel, followed by braised medallions of salt cod with a parsnip purée, over which the hurried waiter with a few deft flicks of the wrist shaves some Teruel black truffle. Call me biased, but anytime a truffle is involved, you know you’re on to something good.

The Matarranya region, in the south of Aragón (one of the ancient kingdoms of Spain) was a complete unknown to me and even friends in Barcelona to whom I mentioned my plans to were a little uncertain of exactly where I was talking about. I spent hours scouring the net, looking for English language websites for info and basically coming up empty handed (not one single post on the Matarranya on Trip advisor, of all places). With some hotels to check out I went forward anyway with my plans to drive around the Matarranya a few days, with not just a bit of hesitation.

When I’m sitting down with a map, looking to see where I’d like to visit next, a few criteria are always the yardstick for judging a destination’s worth. Does it have a couple of decent hotels? Are there interesting things to do for at least a few nights in the area, or is it a mere stop to break up a longer drive? Are there any great restaurants or culinary gems?

Matarranya’s stealthy kind of wonderful has probably been just fine for Jemma Markham, who along with her husband scoured the Spanish countryside in the 1990s for a hotel project and immediately found potential in the the undulating countryside, restoring a rundown 15th century masia (country house) to eventually become one of Spain’s least known but utterly delightful country hotels, the Relais-Chateaux Torre del Visco. We meet her as we’re sitting down to lunch and she relates to me that they’ve just returned from a local council hearing, where they’ve been fighting attempts by speculators and energy companies to seed the Matarranya with the giant wind mills that now dot many landscapes throughout Spain.  So far, they’re winning, and I remark over my time in this region how few telephone poles, electric cables and other traces of modern living are present as we drive from one country road to the next.

The region stands out for a number of beautiful, sparsely populated medieval stone villages, amid wonderful landscapes of pine-studded forests, orchards of almond trees (turning into the magnificent blooms in winter pictured above), some wonderful biking and walking opportunities, and field after field of small production Grenache vineyards.

Grenache or Garnacha as it’s called here, is native to Aragón and in some ways a suitable metaphor for the Matarranya.  Not as well known as other varieties, but tannic and bold in its own way, unpretentious but always with hints of spice.

I’m treated to the full genius of Garnacha pairings at the newly opened Torre del Marqués, a 5 star bolt hole in a converted old farm house, at dinner when I order the restaurant’s specialty, ternasco de Aragón, slow roasted shoulder of lamb taken with a bold Garnacha red from the nearby village of Cretas.  It was better than any mechoui I’ve had in Morocco, and I was so taken by the wine I went on a chase to hunt the winery down the following day in Cretas.

The Matarranya makes for a perfect two to three night “Incoming” for a longer Barcelona-Madrid-Valencia trip, or if you’re like me and love the subtle, slow-cooked flavours of a destination that grows on you the more time you spend there, it just might steal the show.

If Sebastian were to ever go missing, we’d wager he could be found managing a flock of sheep, or trying his hand at garnacha wine making.  To heat the oven on your out of the way Spanish adventure, get in touch.

even friends in Barcelona to whom I mentioned my plans to were a little uncertain of exactly where I was talking about...