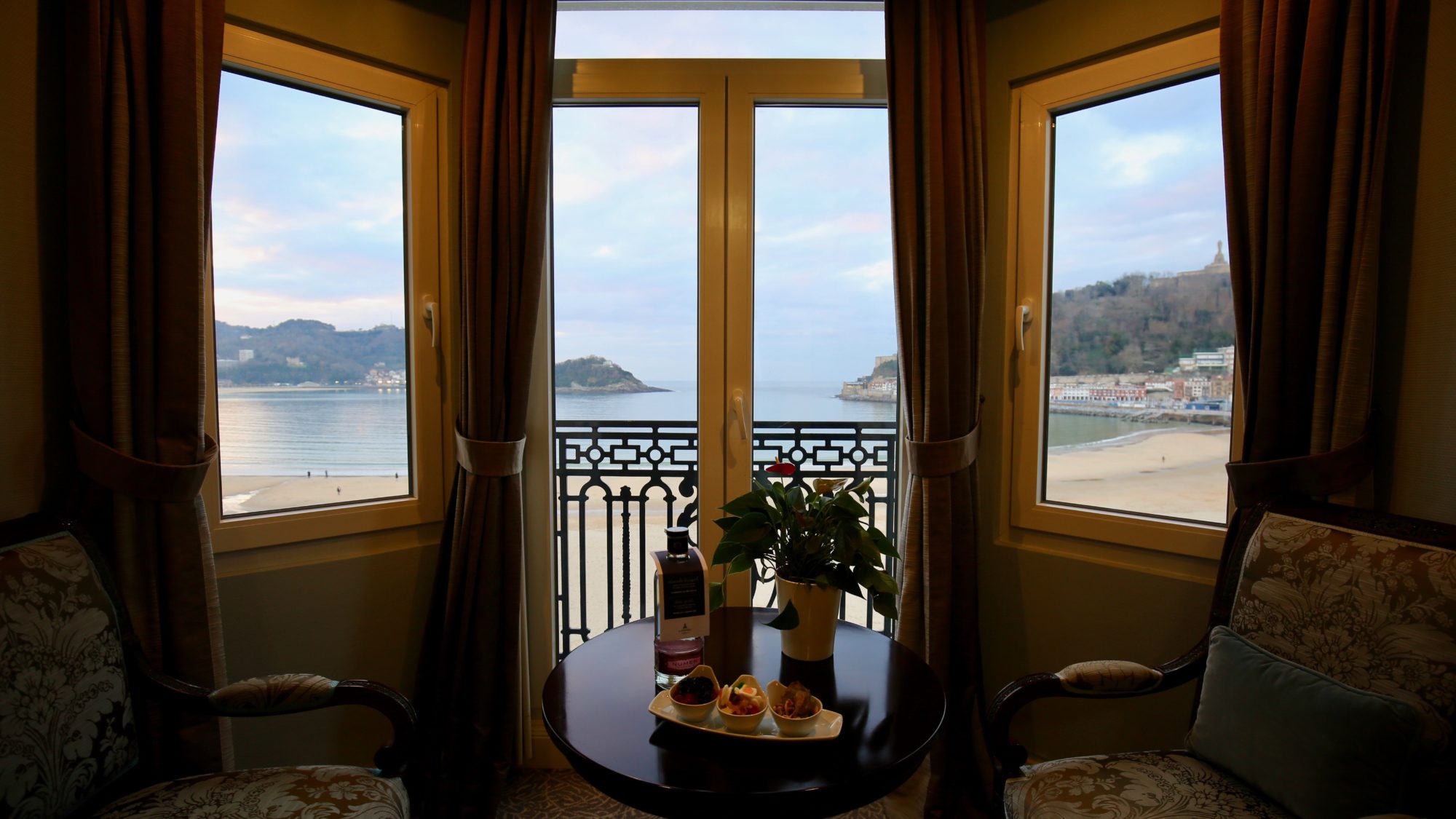 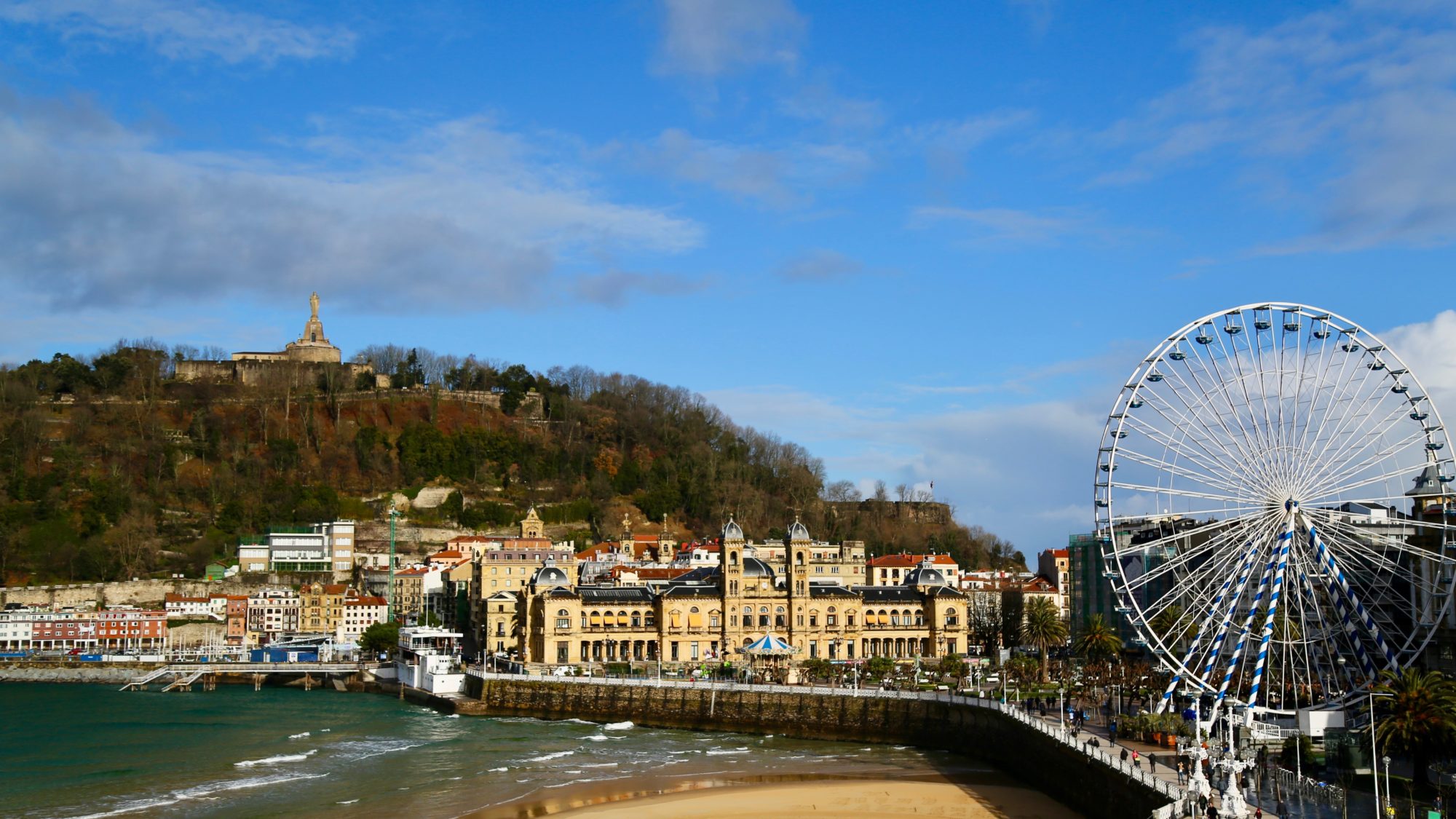 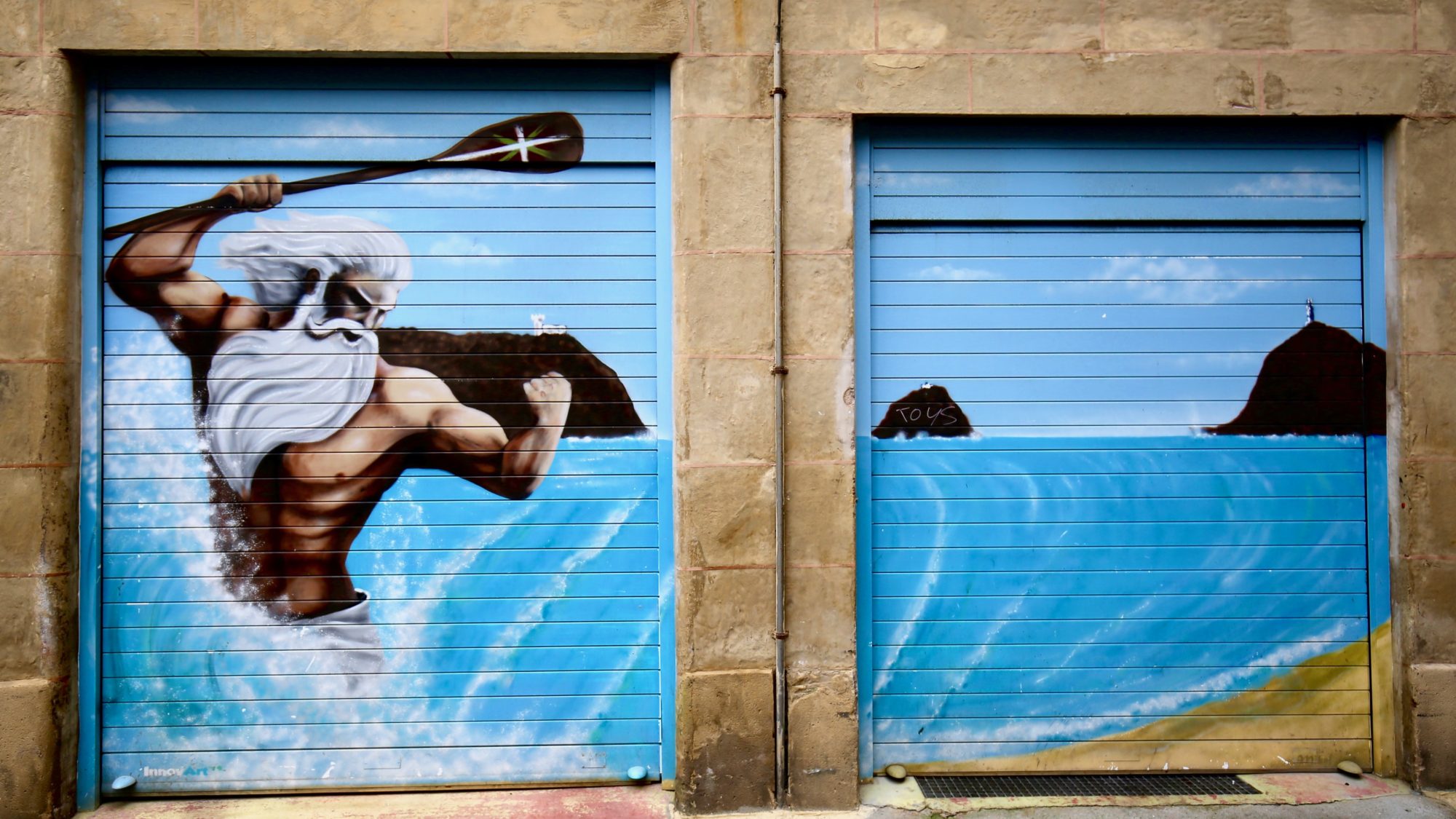 The streets of old San Sebastian: the calm before the storm
Photography: Sebastian Lapostol 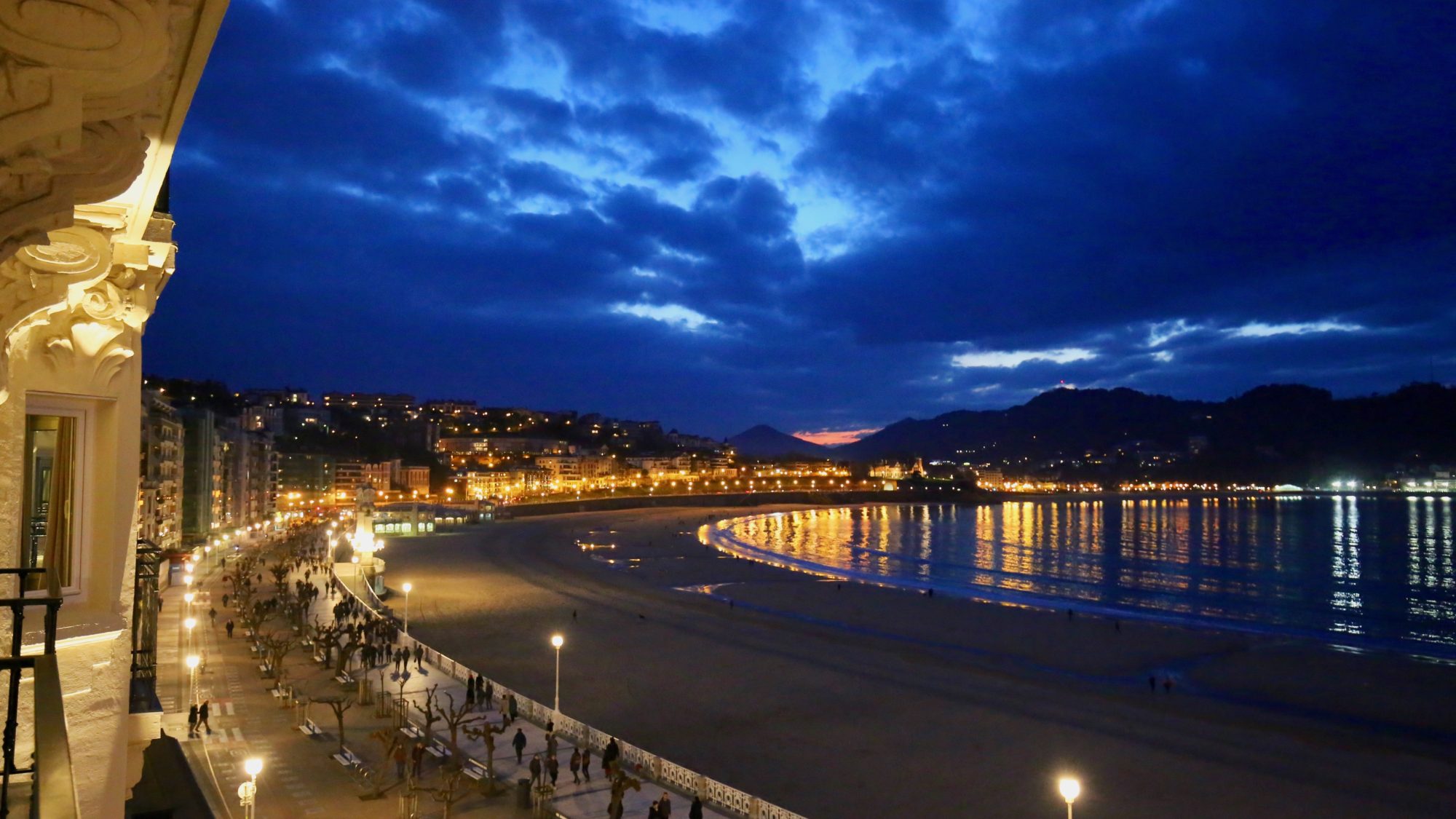 San Sebastian's La Concha Bay, routinely referred to as one of the most beautiful urban beaches in Spain. Photography: Sebastian Lapostol 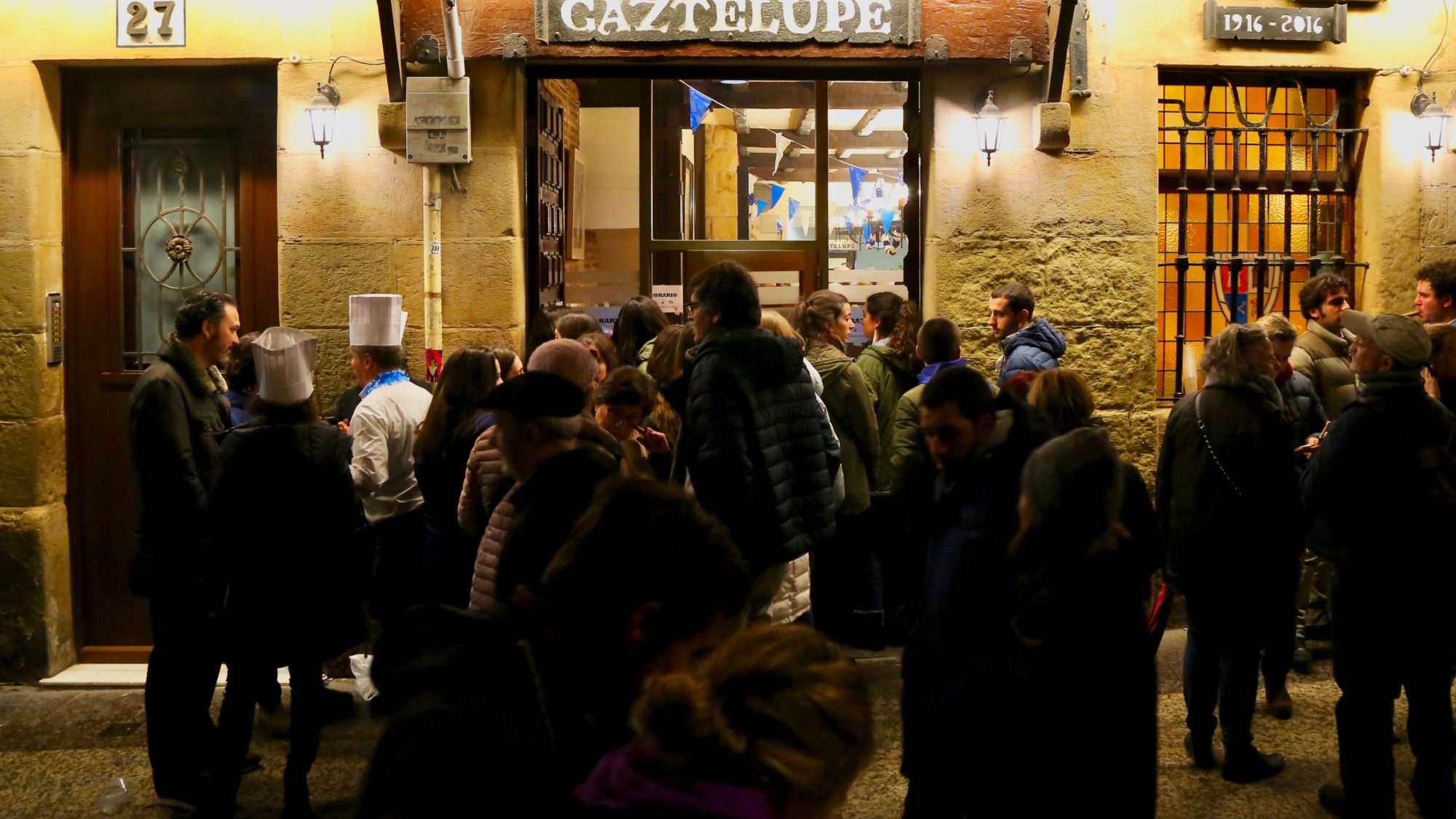 San Sebastian's famed "Gastronomic Societies" are not open to the public but for one night a year, Jan 20. Outside of that, we've luckily got local friends who have the keys
Photography: Sebastian Lapostol 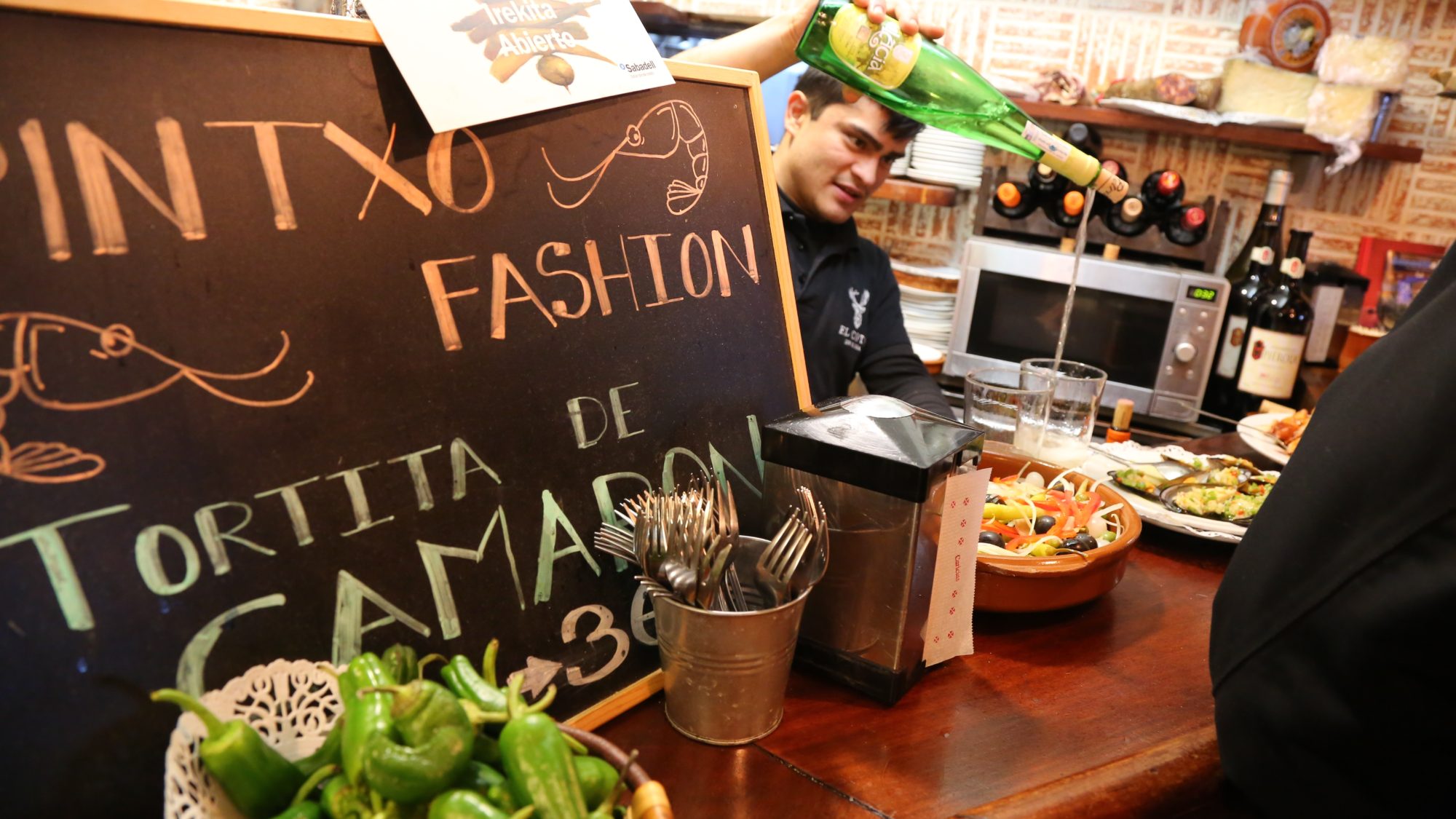 San Sebastian's pintxos bars are the best places to fuel up before the festivities and you'd be wise to order the txacoli
Photography: Sebastian Lapostol 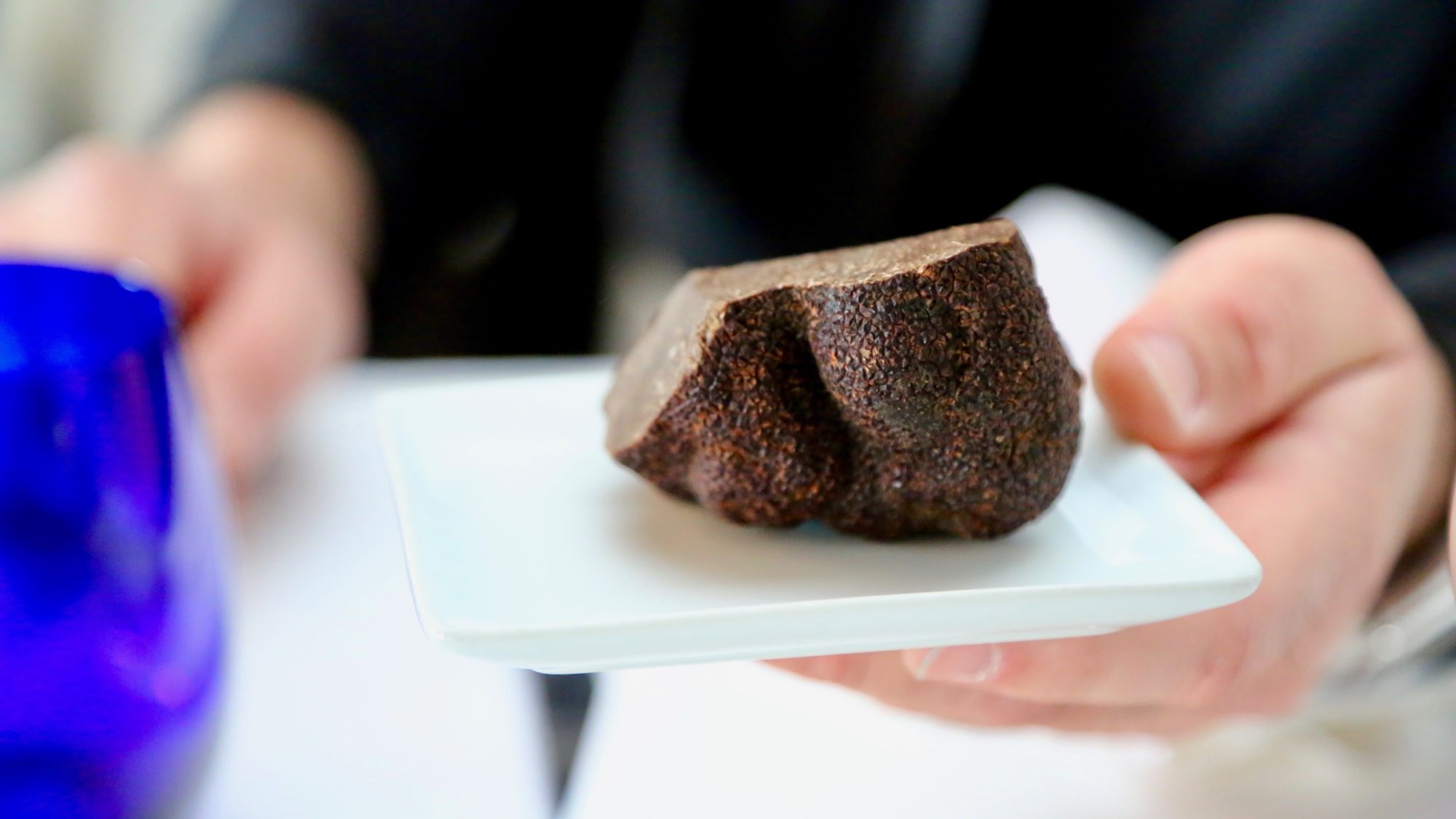 Fiestas aside, San Sebastian has a high-end gastronomy that has to be tasted to be believed
Photography: Sebastian Lapostol 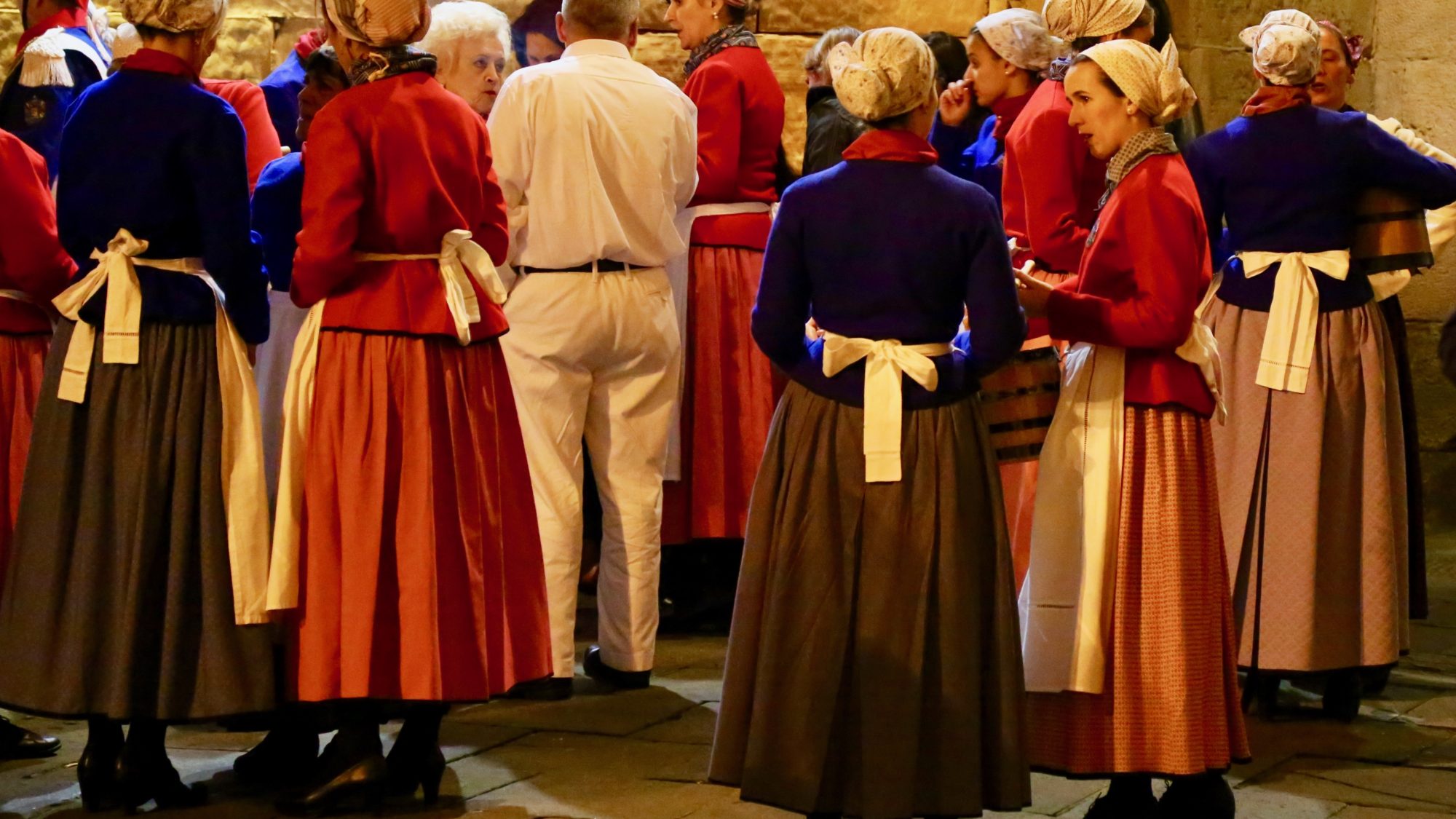 The youth of San Sebastian, taking to the streets to demand their rights to eat and drink obscenely well
Photography: Sebastian Lapostol 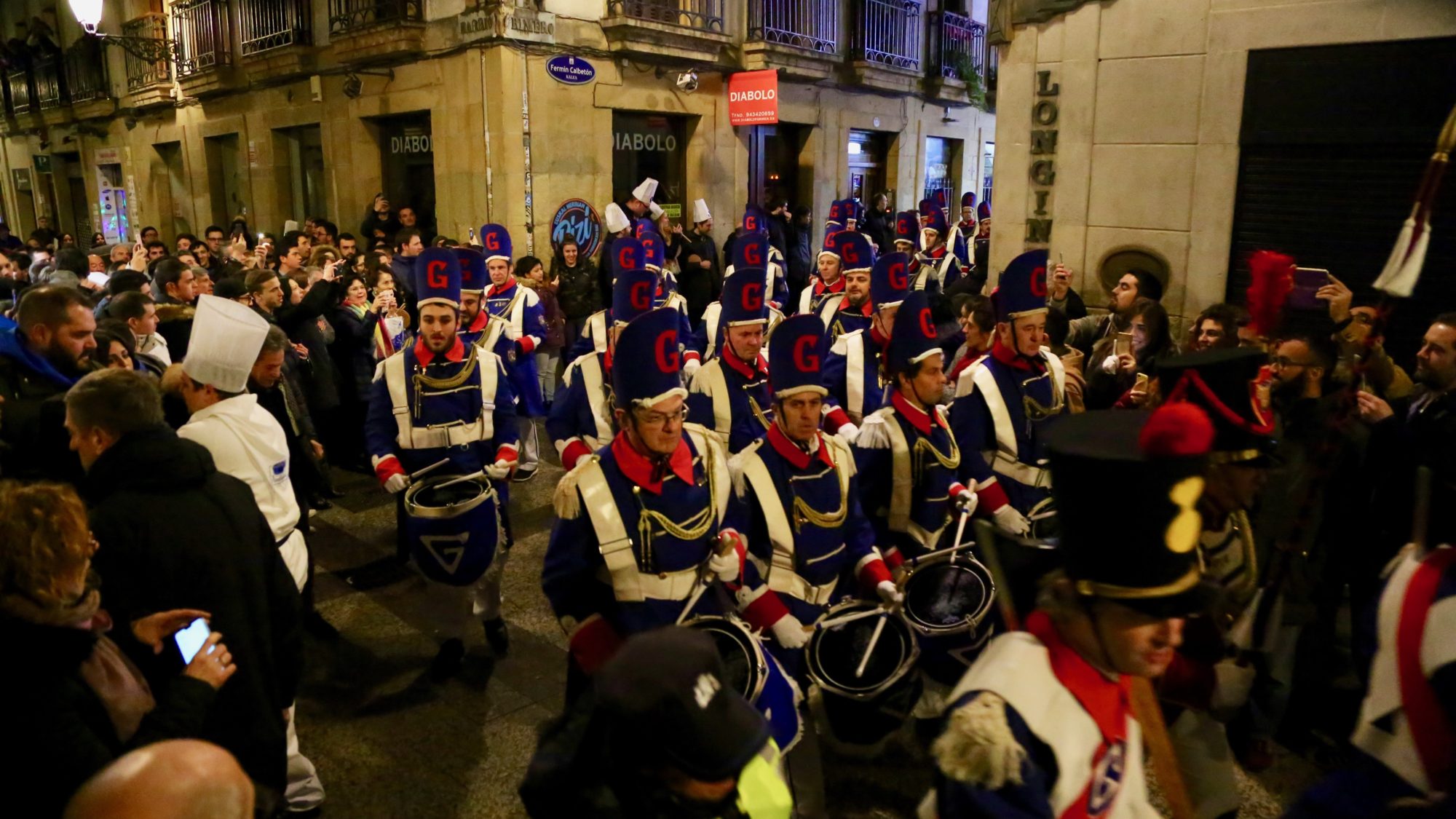 French soldiers in the streets of San Sebastian, now for a much merrier reason than it was back in 1813
Photography: Sebastian Lapostol 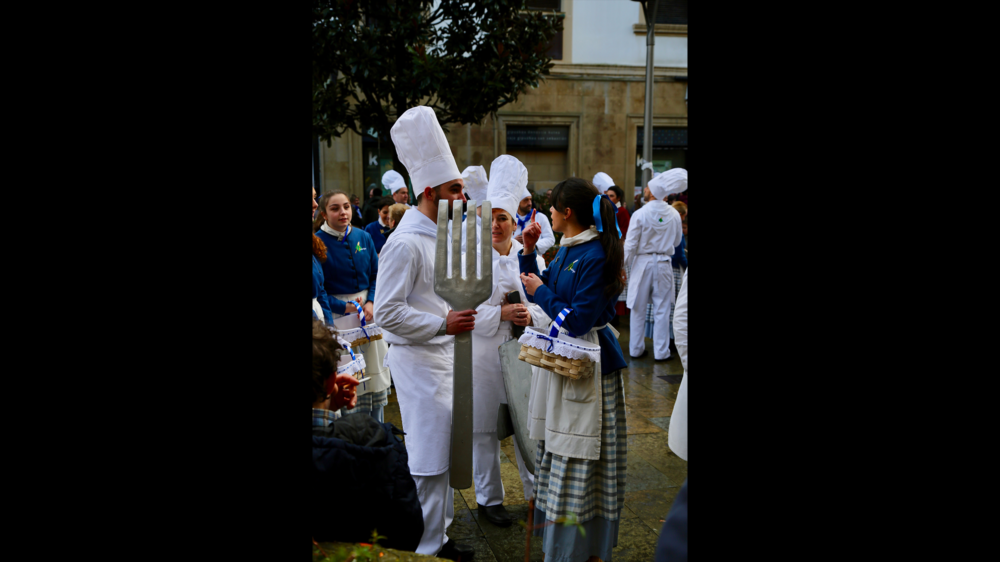 Luckily, there are still some young Basques these days who actually give a fork
Photography: Sebastian Lapostol 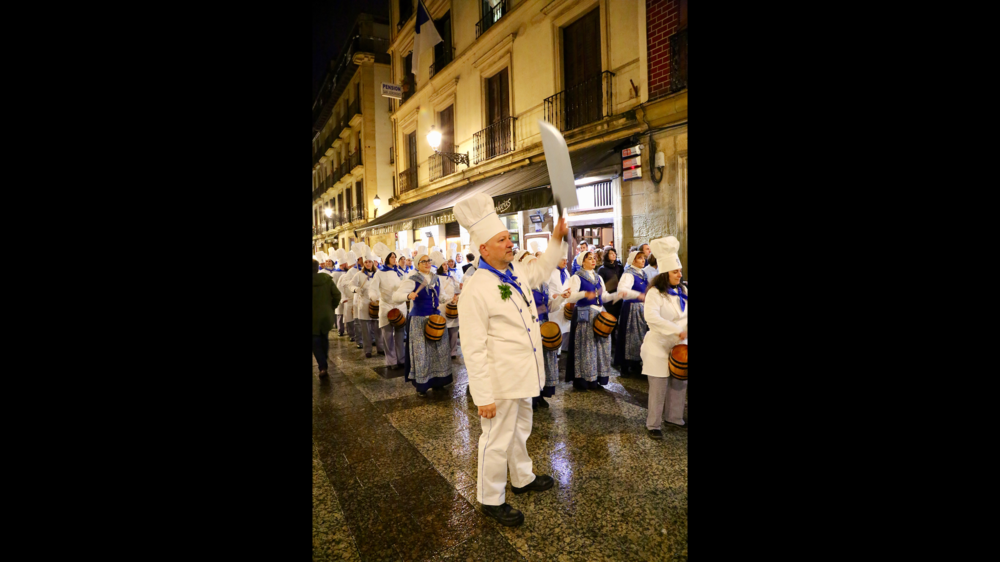 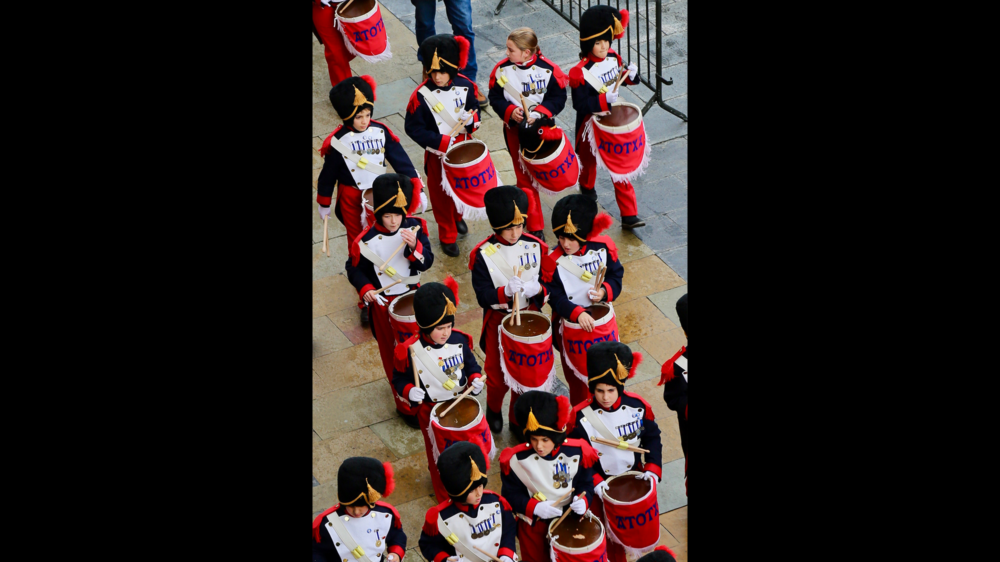 Hitting the streets to bang your drums while donning your finest Napoleonic threads is a pleasure for the young and old alike
Photography: Sebastian Lapostol 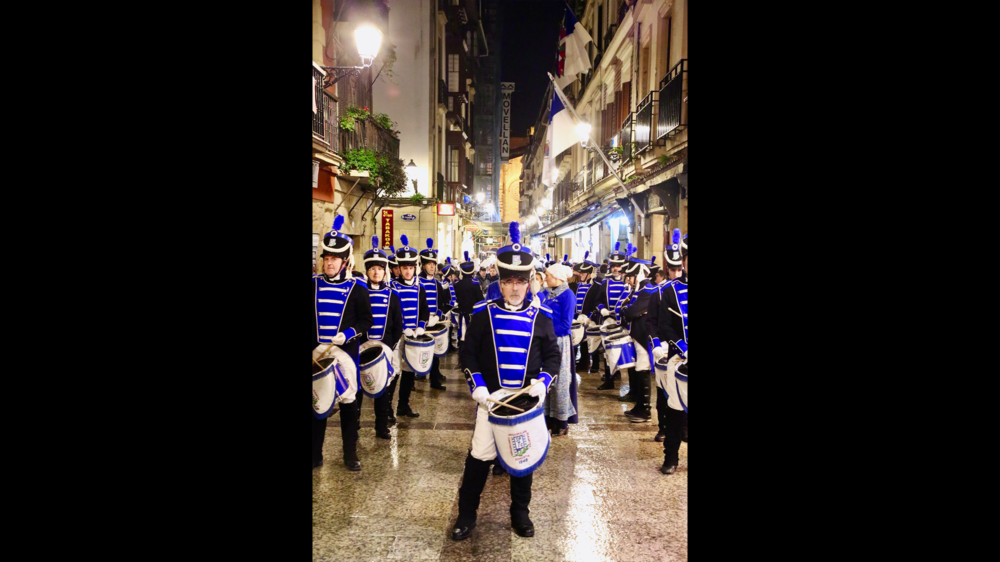 If you really want to understand the essence of San Sebastian, there's no better time to visit than during their most riotous festival
Photography: Sebastian Lapostol 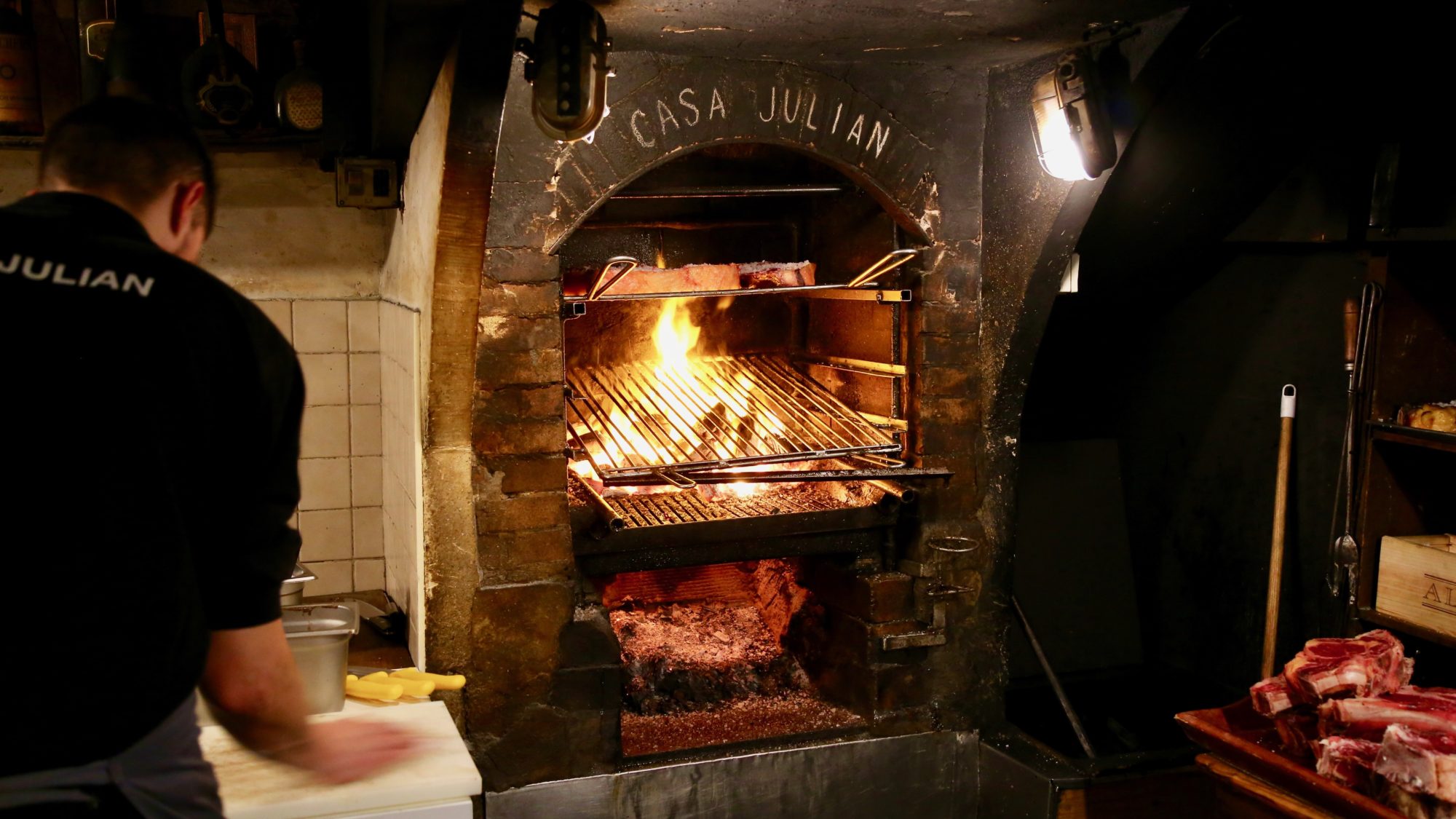 No visit to San Sebastian would be complete without a trip out to one of the countryside's excellent "asadores"
Photography: Sebastian Lapostol

The title is a rough translation of the hymn to San Sebastian, aka Donostia, aka one of the Coolest Coastal Towns in Spain.  It’s also much more readable than the original Basque: Sebastian bat badu zeruan, donosti bat bakarra munduan.

But Basque aside, I’m not hot on this town just because we share the same name.

As we trudge through another summer of hot Southern European days, crowded monuments, even more crowded beaches, sky-high hotel costs, and endless traffic, I’m here to sing another hymn.  A mantra if you will. Three magical words that are remedy to all the ills that can accompany the joys of summer travel in Europe:

Ok, I know that’s not always possible for some (families, I hear you), but if you’re lucky to be able to take off at quirky times of the year, or can even plan a short getaway, a 4-5 night sojourn in the middle of winter has unexpected rewards.  In this instance, I chose the most Sebastianisimo of times to visit: January 20, Saint Sebastian’s Day. Over a long weekend, a few things became immediately clear:

Weather – Spain is not all sunshine and in this part of Spain, it’s not guaranteed, even in the height of Summer.  I remember a particularly soggy visit over a rain filled week in mid June.  Expecting the worst, I rocked up to San Sebastian in time for festivities and had four solid days of uninterrupted glorious winter sun.  Sure, it was cold (for Spain), 15 degrees Celsius.  While Toronto was buried under three feet of snow I was walking around with light sweaters, and even spotted brave (or insane) people swimming in the bay of La Concha, San Sebastian’s iconic beach and boardwalk.

Tourists – I could practically count them on the fingers of one hand. Ducking into a number of the old town’s renowned pintxos bars (the famed, often standing-room-only tapas bars), Spanish, Euskera (the Basque language), and a smattering of French was all that was discernible in the din.  Frankly, if I’m going to be packed in with a lot of people chomping on my txangurro and knocking back txacoli, I’d rather it be in the company of locals, not some wannabes fixated on taking Instagram snaps of their tortilla.

Local Flavour – eating well in San Sebastian is serious business, without taking itself too seriously.  San Sebastian Day sees over one hundred compañias (groups, be they religious, civic, or from the business sector of town) dressed up as Napoleonic-era French soldiers, Basque water carriers, and Basque chefs, marching the streets of the old town in what’s known as the tamborrada, reenacting scenes from the Peninsular Wars, i.e. the Good ‘Ol Days.  Everyone’s in on the action, the young, the old, even the city’s famed Michelin star chefs are out, drumming up a storm and generally raising a racket (and some giant spoons, forks, and knives) in honour of the city’s patron.  The famed Gastronomic Societies, the formerly all-male dining clubs which are still firmly closed to the general public, open their doors for this one night in the year.  You want to see what San Sebastian is really all about? Visit in January.

The actual day of San Sebastian is about as hectic and crowded as it gets, but it’s 100% true-blue local flavour and you can still savour the atmosphere in the days leading up while at the same time enjoying the city for what it’s famous for: beautiful landscapes, a handful of great hotels, world class cuisine and an amazing pintxos culture.  Give yourself a few extra days too.  The world renown La Rioja wine growing region is easily reached within a few hour’s drive from the city, but it’s great to spend a night or two here.  Or head out of town to eat one of the best steaks of your life at any number of country asadores within striking distance of San Sebastian.  This is cow country, and the best proof of that is at the end of a fork and knife next to a crackling fire.

San Sebastian’s hymn draws to an end with a line that can pretty well sum up the Basque joie de vivre:  From this moment forward! Out with your sorrows! And Party! And Dance!

When he’s not chugging back txacoli, sniffing out the best idiazabal cheese, or dancing the Aurresku (don’t try those moves at home, folks), Sebastian is conjuring up some pretty wicked Iberian itineraries.  Get in touch for help planning your Spain escape.

If I'm going to be packed in with a lot of people chomping on my txangurro and knocking back txacoli, I'd rather it be in the company of locals.