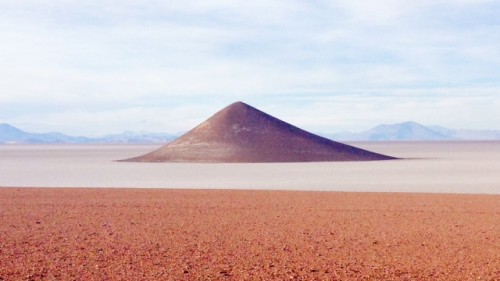 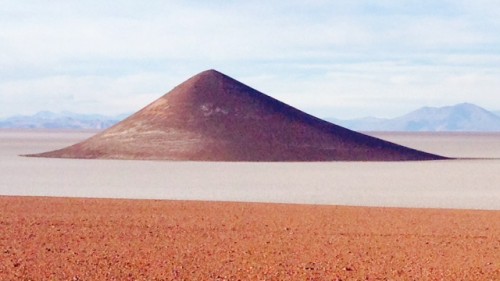 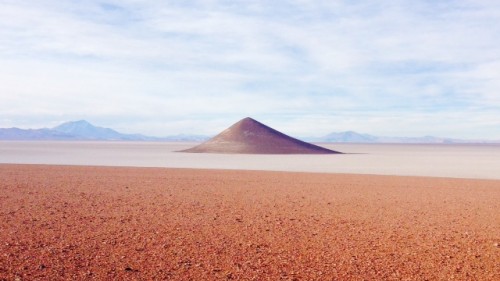 Is it moving?
Photography: Anton Lynch 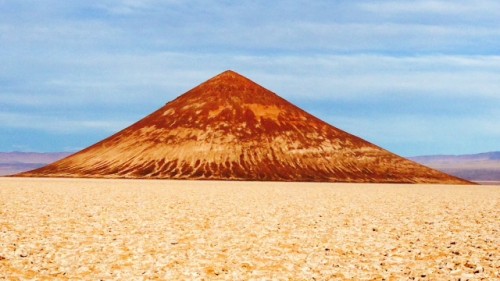 Get a little closer to watch it change colour
Photography: Anton Lynch 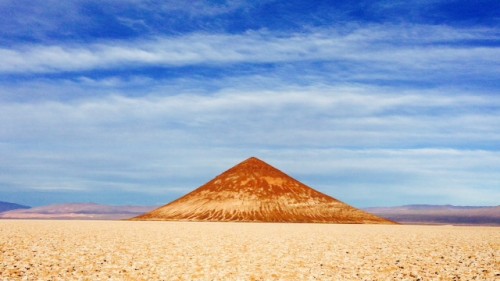 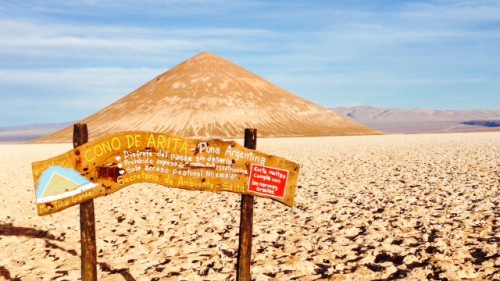 The aliens put that sign there
Photography: Anton Lynch 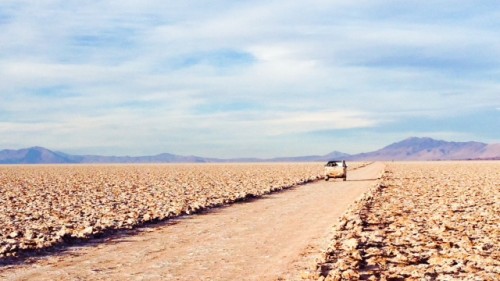 We're on the road to nowhere
Photography: Anton Lynch 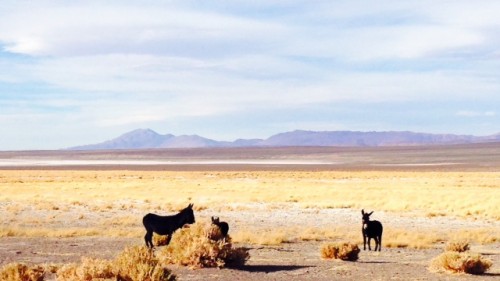 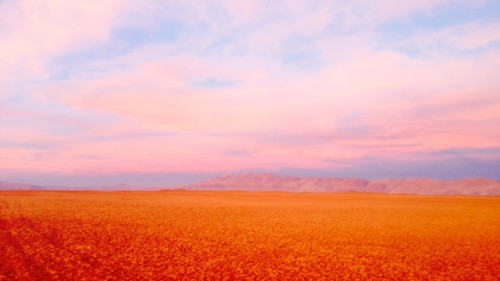 There are some images that simply stop you in your tracks. You gaze, mouth agape, head cocked to one side and perhaps squinting, with an “eh?” emerging from your dry mouth. This happens a lot in the weird and wonderful northwest corner of Argentina. In this particular instance, I found myself dumbstruck by the volcano floating in the hazy distance.

The Cono de Arita is an almost perfect cone shape which stands on a bed of salt, giving rise to the hypnotic illusion that it is floating. The cone sits on the Salar de Arizaro in the Puna de Atacama, not far from the wee town of Tolar Grande; it takes a while to access this unique place in the arid desert-lands near the border of Chile, but it is well worth the (bumpy) journey. You may pass some vicuñas (cousins of the alpaca and llama) or viscachas on your way (rabbit-like rodents with long tails), or a few lonely donkeys. It is unlikely, however, that you will see any other travellers, such is the remote nature of this exotic landscape.

The volcano itself is such a mysterious, enigmatic sight, it really does make one pause. It looks alien-like in its precision. How is it so perfect? It was thought for a while that it might be man made, but no, it is all natural. The volcanic activity was apparently too weak for it to burst through the volcano’s crust, hence retaining its shape. There have also been UFO “sightings” in the area, however, so I’m going to go with that explanation instead. It adds to the mystery. They’re trying to show us all how it’s done, and I encourage you to see it for yourself.

Our Latin America expert Anton was recently “abducted by aliens” near his home in London. Conveniently, they transported him to a beach in Brazil rather than performing the standard experimentation procedures.

It looks alien-like in its precision. How is it so perfect?