Up you go
Photography: Anton Lynch 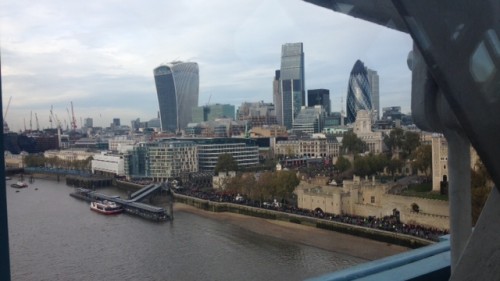 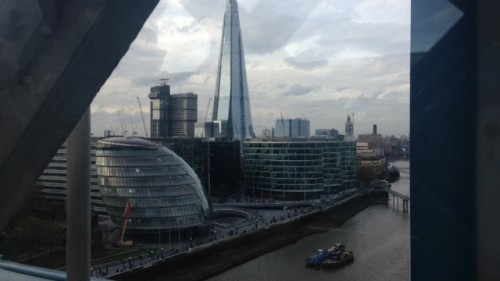 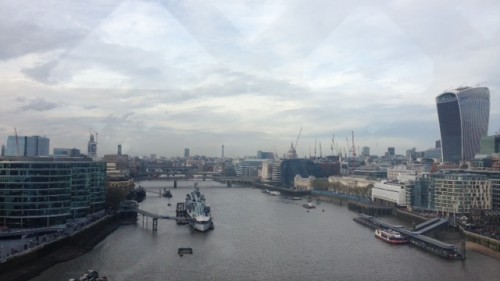 Underneath the bridge
Photography: Anton Lynch 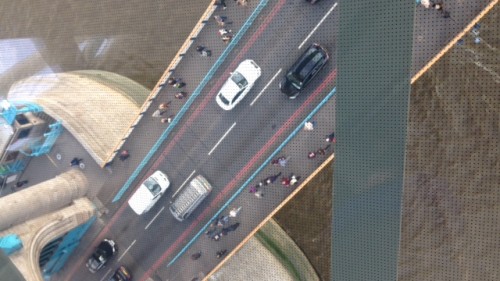 Do look down
Photography: Anton Lynch

Towering Over the Bridge

We like a new way to see an old thing. Preferably one that does not involve a selfie; there are far too many shots of people’s mugs eclipsing the Taj or Victoria Falls. So when the new walkway opened up at London’s rather old Tower Bridge, it was time to revisit this ancient way of crossing the murky Thames.

The bridge opened in 1894, so it is currently enjoying its 120 birthday, which is old by anyone’s count. This new glass-floored part of the walkway was just installed on the East Walkway and the West is due to open next month. It is a timely reminder of this impressive structure, and we recommend scheduling your visit at the time the bridge is opening to let venturing vessels pass under it’s drawn-back road—there’s no more unique viewpoint.

Be warned, this is a sight to be seen only by those with a head for heights. At 42m (138ft) high, it is quite the vertiginous view. For those brave souls who can handle the stomach drop, however, the experience paints a brand new picture of the teeming capital. Watch the boats and folks pass by below, the buses and taxis slowly trundle across, at once removed and wholly part of your experience. The Tower Bridge still impresses, more than a century later.

Anton is our Latin American planning-focused gentleman in London. When he can’t climb Sugarloaf, he settles for slightly more urban structures.

Be warned, this is a sight to be seen only by those with a head for heights.