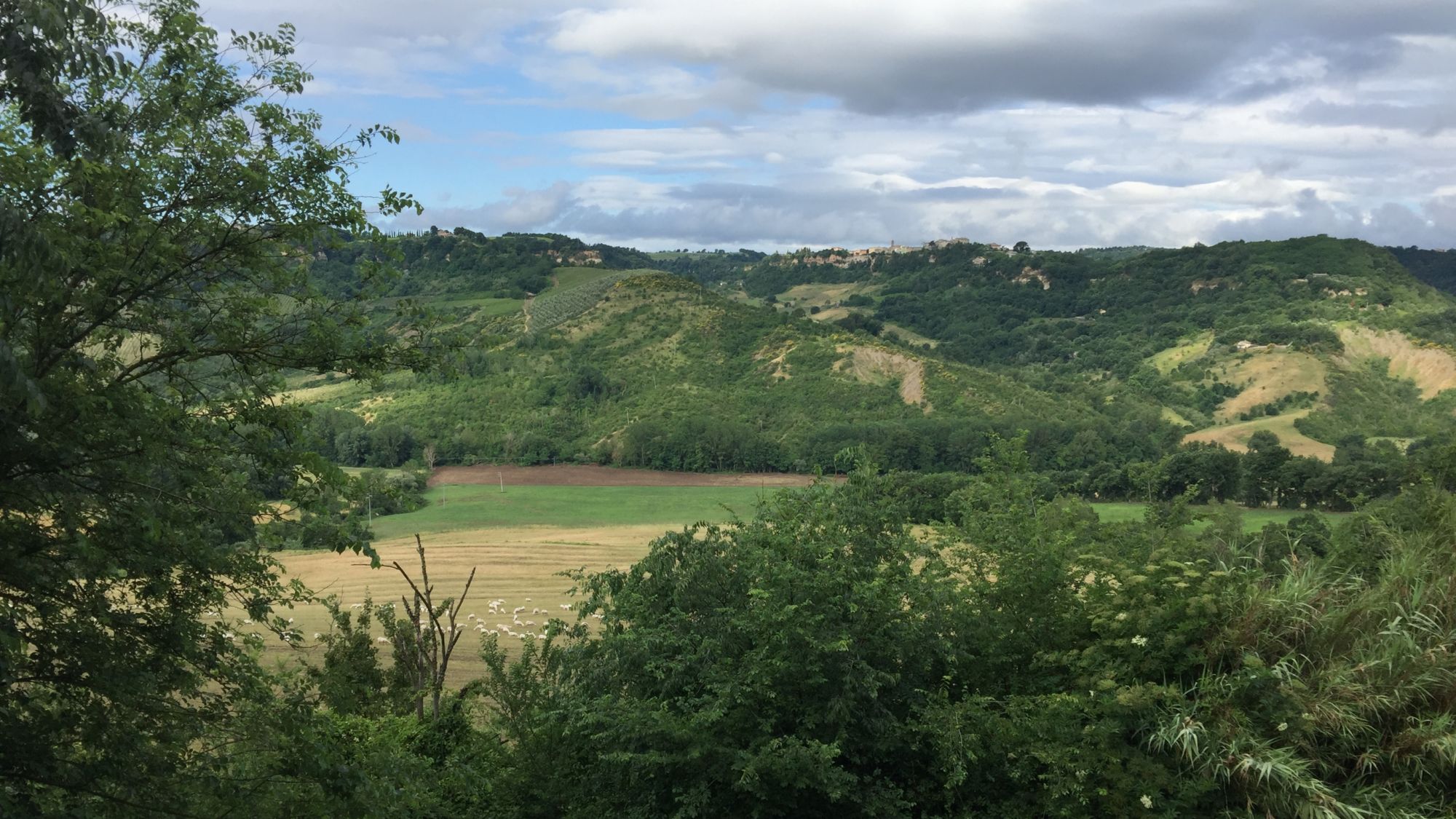 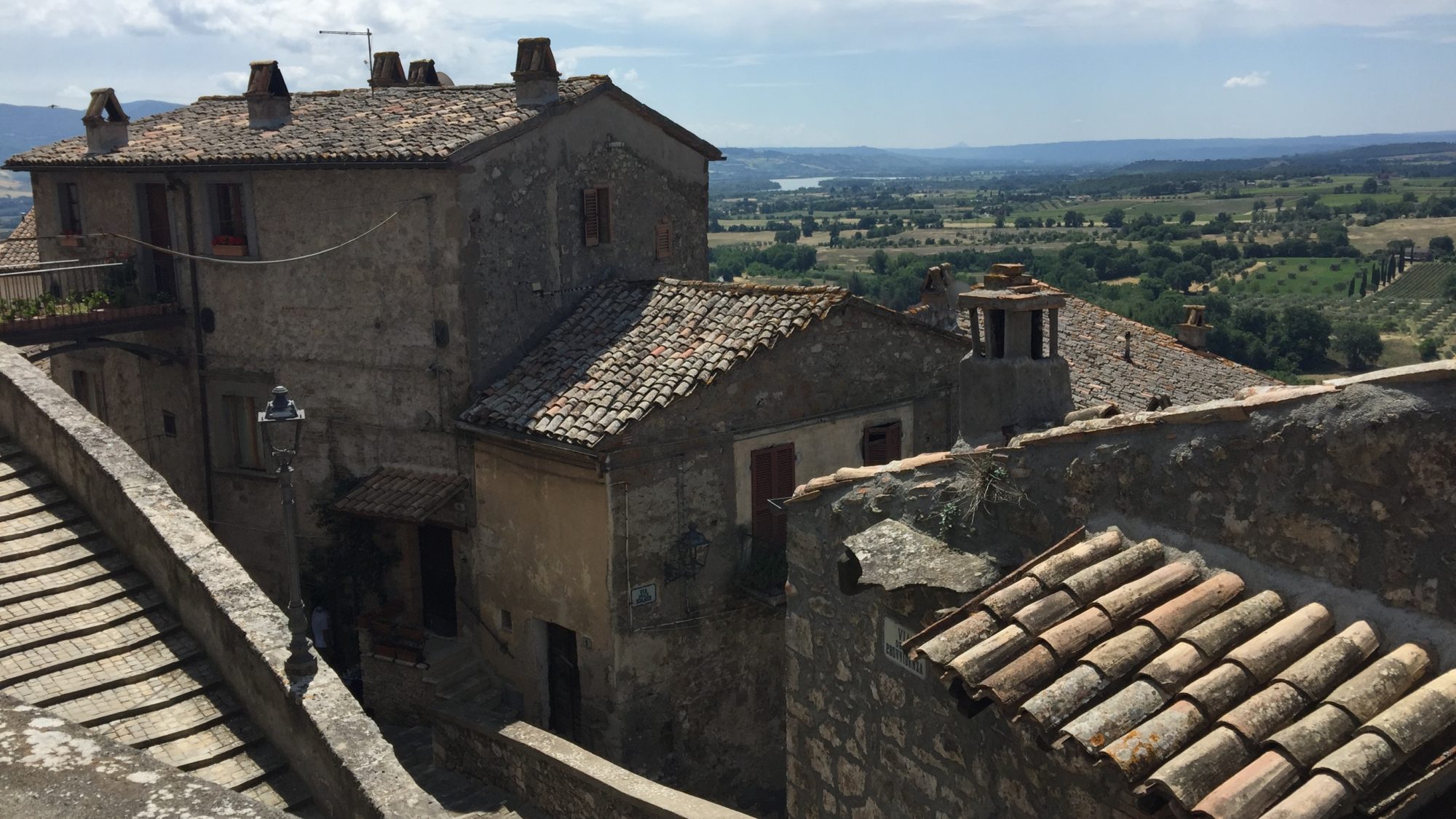 The town of Castiglione in Teverina, deep in Alta Tuscia, with the Tiber river lurking in the background
Photographer: Luisa Grigoletto 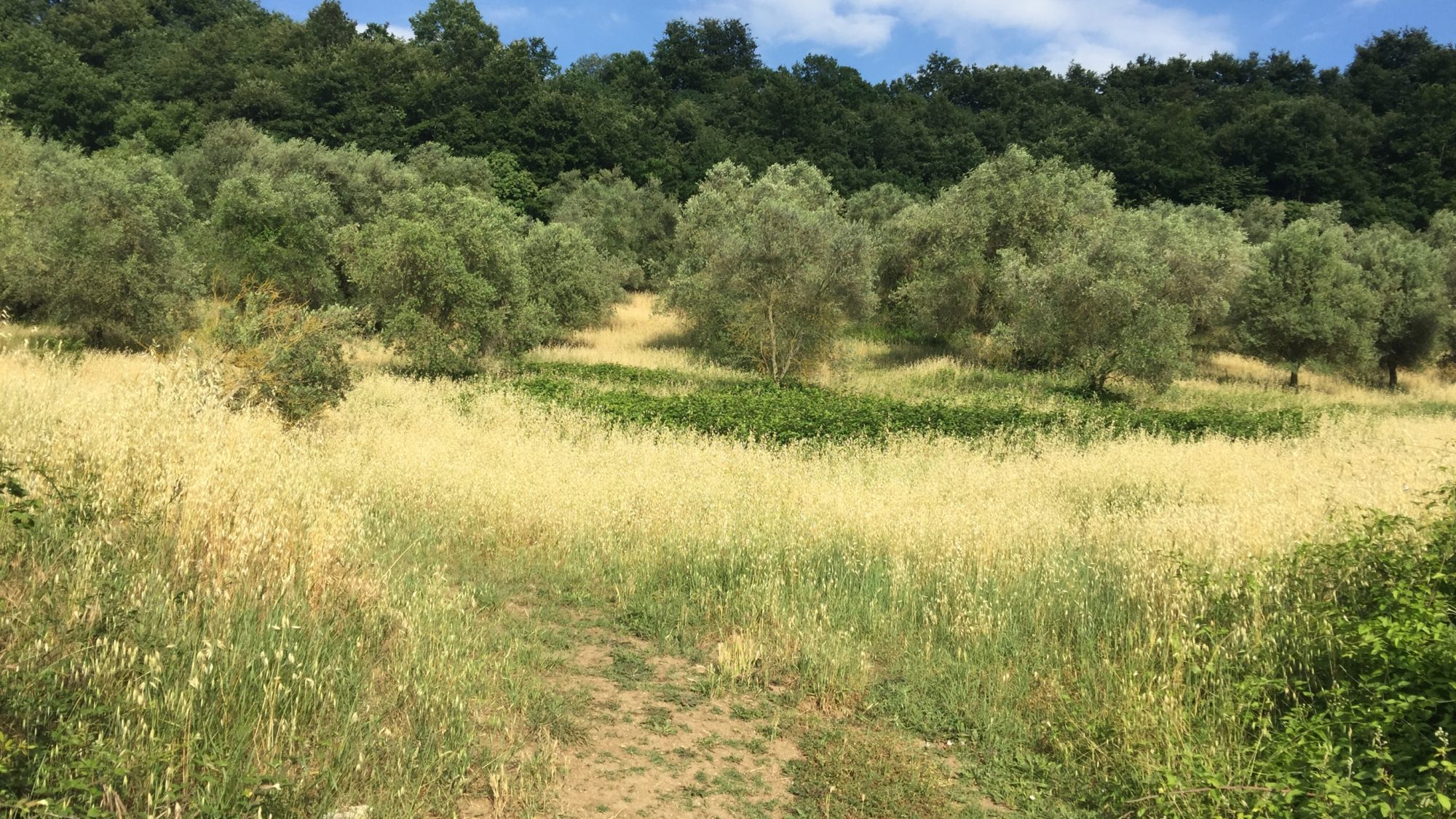 Strolling through an olive grove in the Tuscia area
Photographer: Luisa Grigoletto 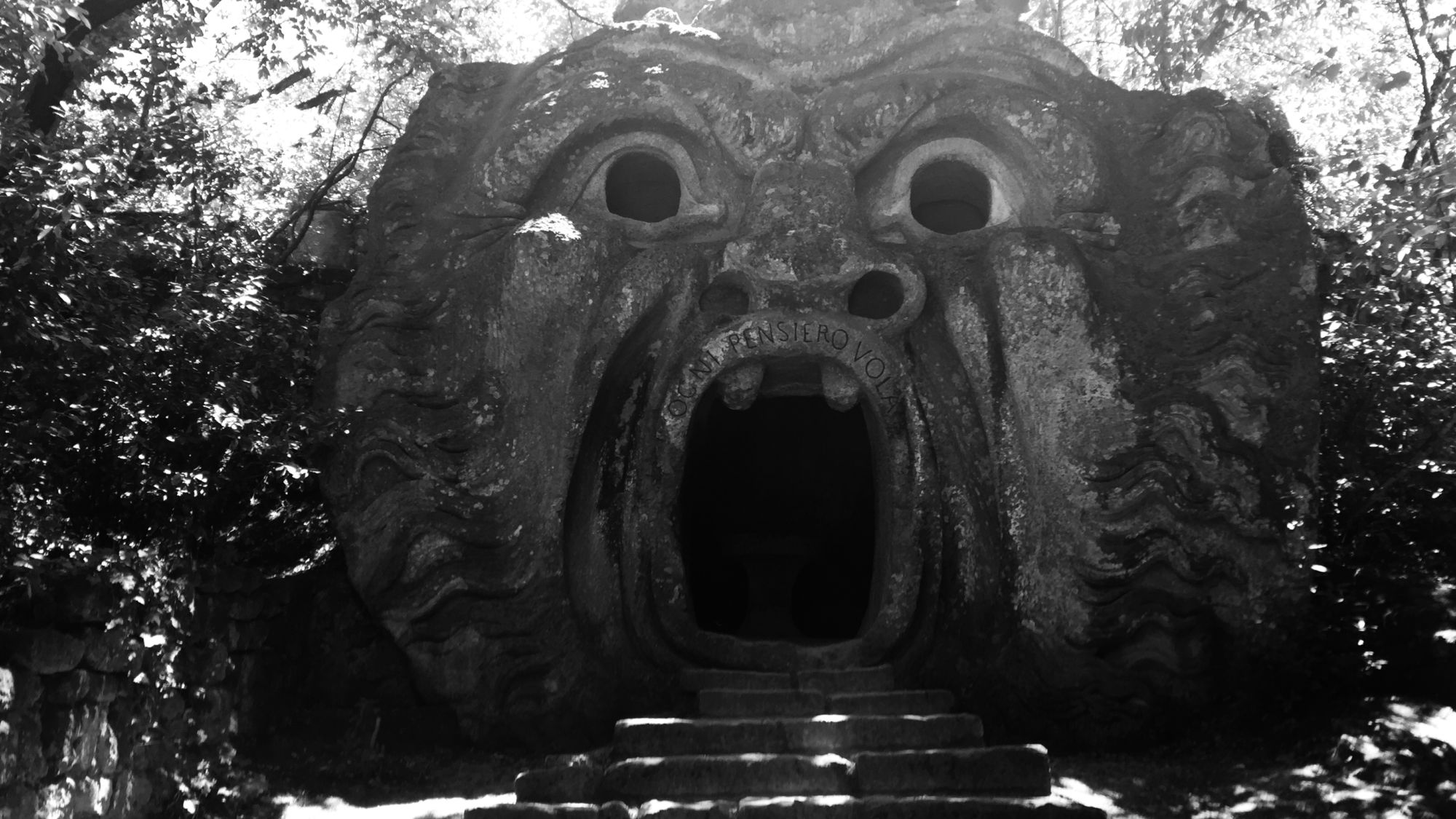 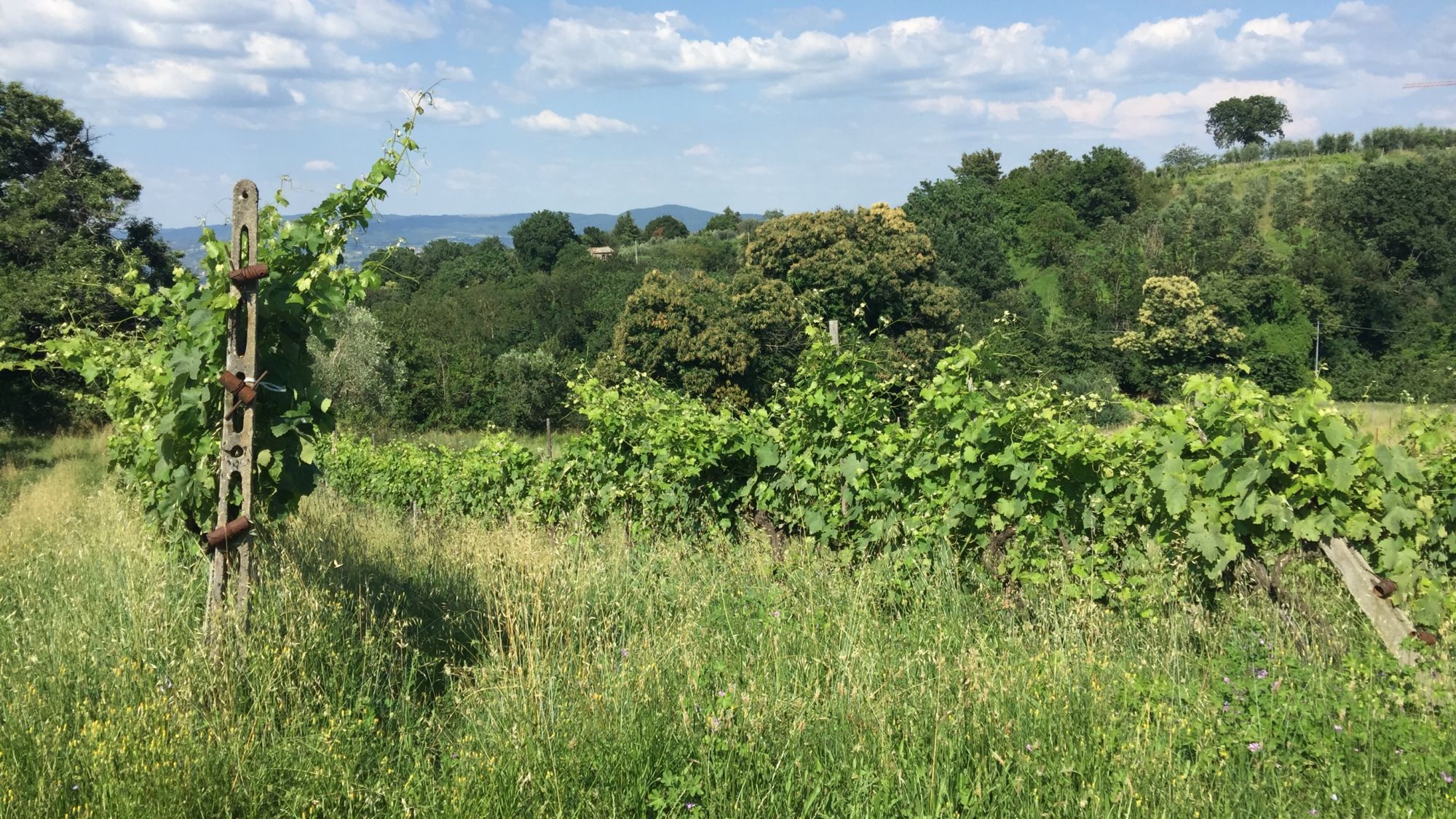 Getting lost in the vineyard, before even tasting the wine
Photographer: Luisa Grigoletto

Meet the region of Tuscia [“Two-Sha”] – Tuscany’s rugged cousin. A few weeks ago, once the lockdown was partially lifted in Italy and we could travel within the regions where we live, I decided to escape and so to Tuscia, just a few kilometres outside Rome, did I head.

Geographically, Tuscia stretches from the coast of Northern Lazio (the region around Rome), to the volcanic hills around Lake Bolsena, with a wide variety of topographies in between. Today it roughly corresponds to the province of Viterbo, although historically it comprised a much wider territory, including parts of Tuscany and Umbria as well.

Why Tuscany’s rugged cousin? Well Tuscany’s so handsome… so presentable. All those rolling hills, those cypress-lined country roads leading up to isolated villas, lush vineyards, and golden sunflower fields… Sheesh.

Tuscia, on the other hand, is a little rough around the edges. But that’s part of its charm. You’ll find plenty of tree-lined roads snaking around the rolling hills. But those roads might have a few more potholes in them than in Tuscany. You’ll find lots of sunflower fields, but you might get lost in the lush vineyards trying to locate the winery for a tasting, for lack of road signage – they’re just not as used to tourists as they are in Tuscany. Towns are not as manicured as in the Val d’Orcia or in Chianti: here they’re pleasantly disheveled. Some of them are literally crumbling (read on).

But as every intrepid traveller knows, the riches are in the niches. And Tuscia is nothing if it is not niche. Bad roads lead to good places.

Zigzagging on those narrrow country roads, you come across huddled hamlets, several with natural thermal baths, many of which are perched atop tufa rock platforms. One of them in particular, Civita di Bagnoregio, in the deepcut Valle dei Calanchi, is worth a detour. The village is accessible only by foot, across a dramatic bridge, and is dubbed “the dying city” because the clay and tufa badlands on which it sits are slowly crumbling away. This is the birthplace of Saint Bonaventure but waste not your time looking for the house where he lived: it fell off the cliff a long time ago.

Beyond the visual, I found plenty to engage the curiosity: Etruscan necropolises with hand-painted tombs, Medieval castles and cathedrals, and frescoed Renaissance villas surrounded by geometrical Italian gardens, just to name a few.  And if you have a taste for quirk, the Sacred Wood (or Monsters’ Park) in Bomarzo is a surrealist’s dream, and in fact it inspired such artists as Salvador Dalí and Jean Cocteau. Designed in the mid-16th century by architect Pirro Ligorio for Pier Francesco Orsini (Vicino for his friends), the outlandish park features whimsical and grotesque oversized sculptures of mythological figures and animals, and crooked architecture, disorderly arranged.

The most famous of the bunch is the Mouth of Orcus, a massive head with eyes wide open and snarling teeth. Those who dare to walk past the inscription on its upper lip, reading “All Thoughts Fly”, and to walk inside its head, will be welcomed by a table and sitting area for an unconventional picnic. As weird and unusual as it may sound, it’s a tantalizing place to roam away from Rome.

Luisa thinks of trip planning as sorcery: mix a few drops of the surreal, a spoonful of funky, and a shot of grappa – occasionally monsters (good ones) are summoned.

This is the birthplace of Saint Bonaventure but waste not your time looking for the house where he lived: it fell off the cliff a long time ago.