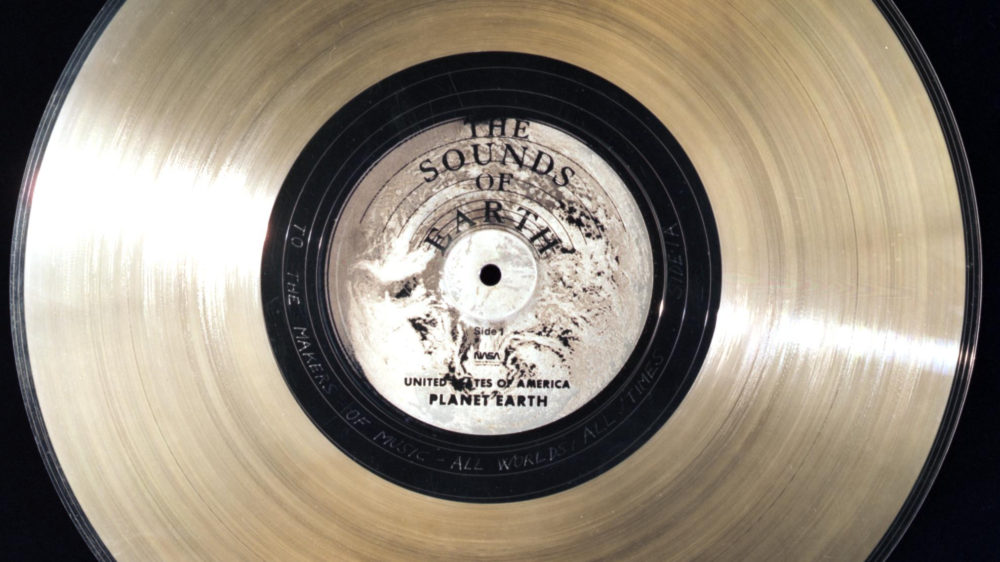 "To the makers of music, all worlds, all times" - Photo from NASA 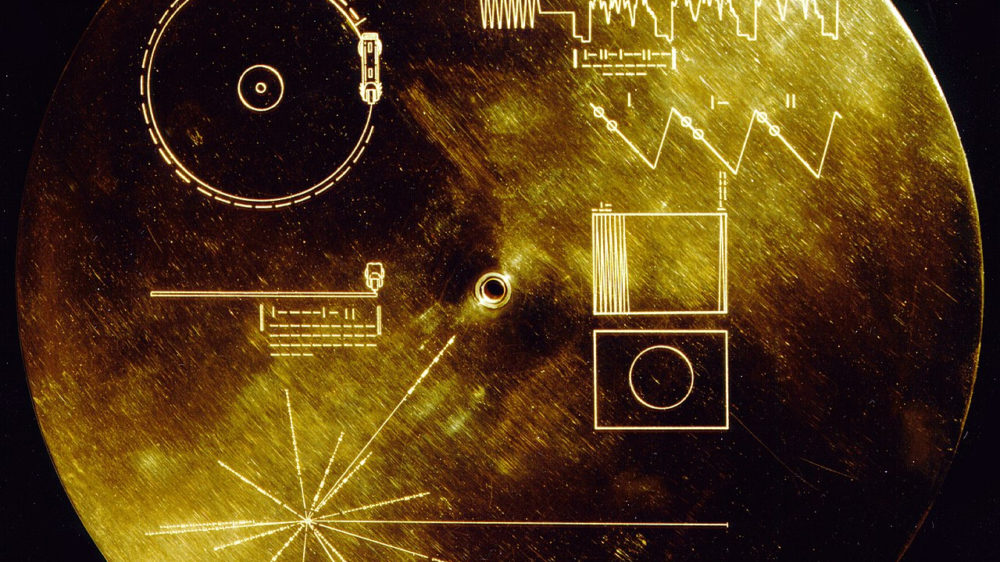 The key map to the record - photo from NASA 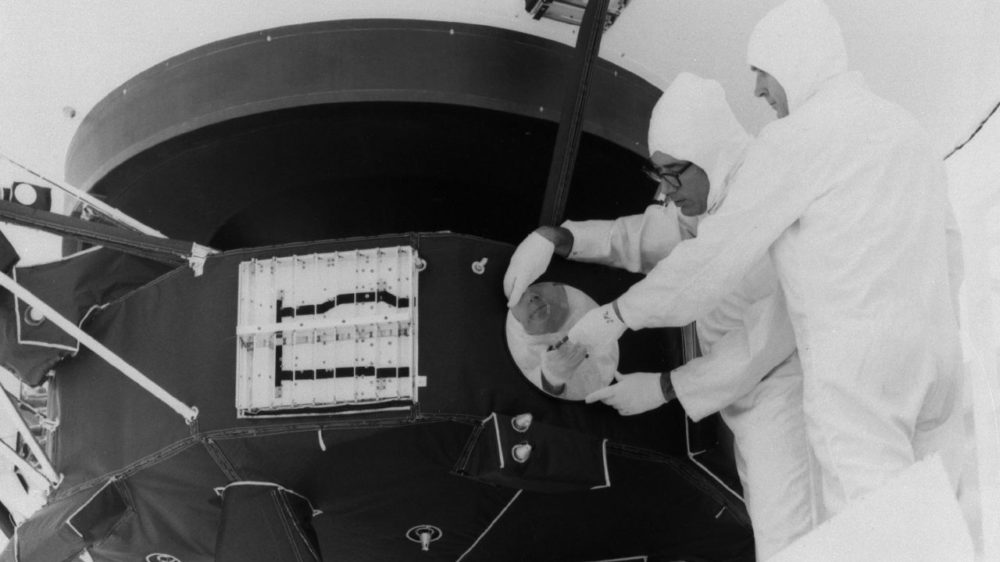 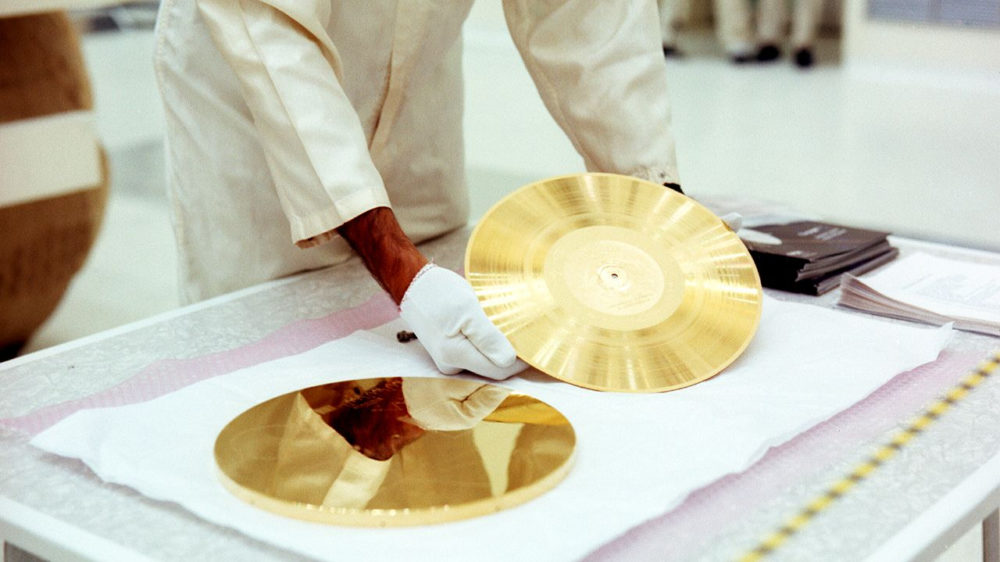 Pressing the record - photo from NASA 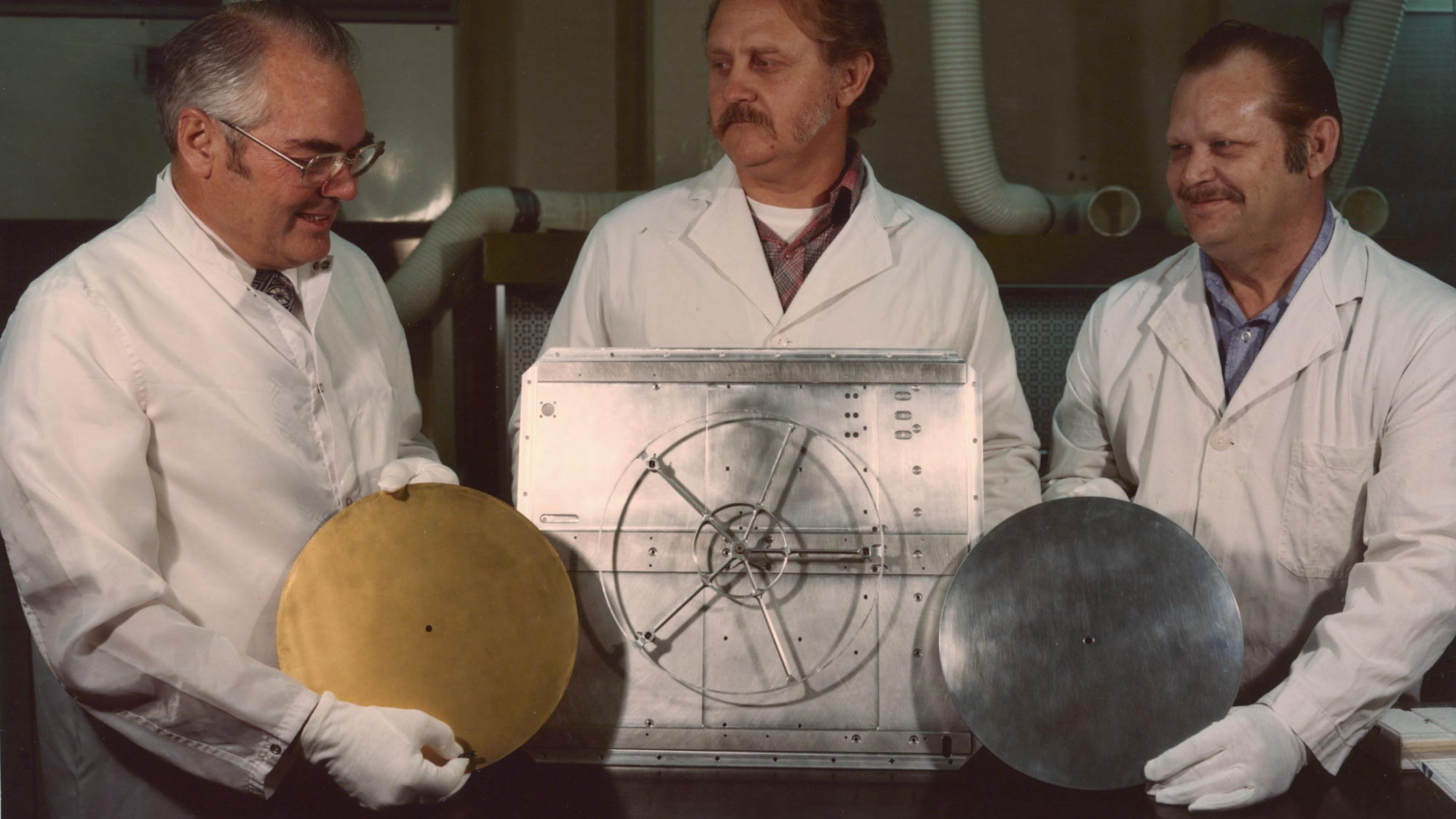 It takes a village - photo from NASA 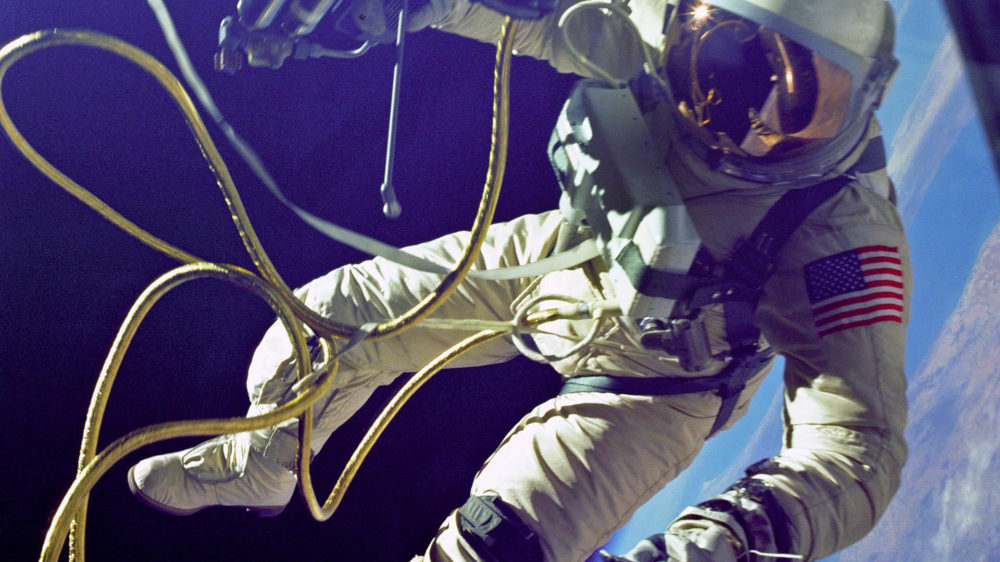 Photos from the Golden Record - photo from NASA 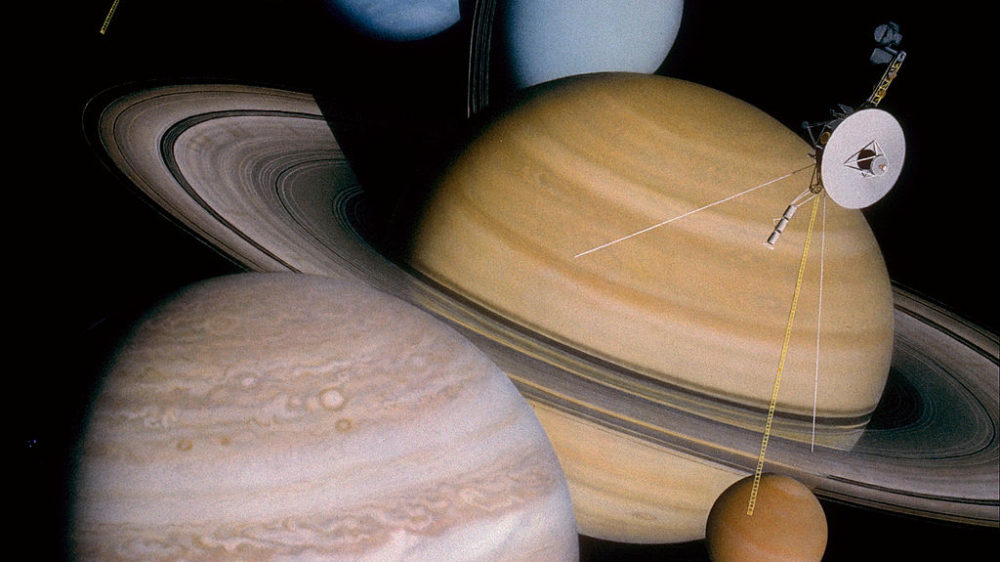 WPIG – The Voyager and the Golden Record

In 1977, NASA launched two probes into space, Voyager 1 and 2. Hurtling at 35,000 miles an hour, they are still exploring and sending back photos from the outer limits of what we have seen and known from our pale blue dot Earth.  It was decided that it would be a missed opportunity if we were not to represent ourselves in some form or fashion on these moving metal masses.  And it would further be a mistake to represent our world only with shop talk. So people sat and thought about what might best show a reduced version of us and our world.

Because music is mathematical and therefore universal, as well as an expression of the emotional human experience, it made the most sense to include some songs and sounds of our planet.  It also happened to be the 100th year since the invention of the record, so the team in charge of figuring out how to imprint a bit of soul onto the machine called up the head of RCA records to help. Carl Sagan was the head of the group and he called in the help of Alan Lomax, Ann Druyan, Robert Brown, The United Nations, Jimmy Carter, and many others.  A copper record was pressed with 90 minutes of music, as well as 117 pictures, greetings in 54 different languages, and hints and clues on who we are and what we do and think.

B.M. Oliver, vice-president for research and development at Hewlett-Packard at the time, summed up a part of the feel by saying  “There is only an infinitesimal chance that the plaque will ever be seen by a single extraterrestrial, but it will certainly be seen by billions of terrestrials. Its real function, therefore, is to appeal to and expand the human spirit, and to make contact with extraterrestrial intelligence a welcome expectation of mankind.”

Here be murmurs of Earth pulled from the greatest mixtape of a time and place.  This week on WPIG The Pig, songs from the Voyager and the Golden Record. You might notice melancholy in the mix, and that is intentional.  Even traveling at 35,000 miles per hour, it will still take them 40,000 years to pass near another star, and long after we are gone, this copper avatar will be preserved, out there, in the ether, with the words written around the run-out  “To the makers of music, all worlds, all times.”

“There is, it is said, a kind of spirit music in the world, continuously but silently playing. When a gamelan orchestra performs, it is merely making audible the present movement of the music of eternity. Perhaps all of the Voyager record can be viewed similarly — as a local and momentary expression of cosmic discourse, and exchange of greetings and music and information among diverse galactic species that has been in progress for billions of years.

Billions of years from now our sun, then a distended red giant star, will have reduced Earth to a charred cinder. But the Voyager record will still be largely intact, in some other remote region of the Milky Way galaxy, preserving a murmur of an ancient civilization that once flourished — perhaps before moving on to greater deeds and other worlds — on the distant planet Earth.”   Carl Sagan

A copper record was pressed with 90 minutes of music, as well as 117 pictures, greetings in 54 different languages, and hints and clues on who we are and what we do and think.