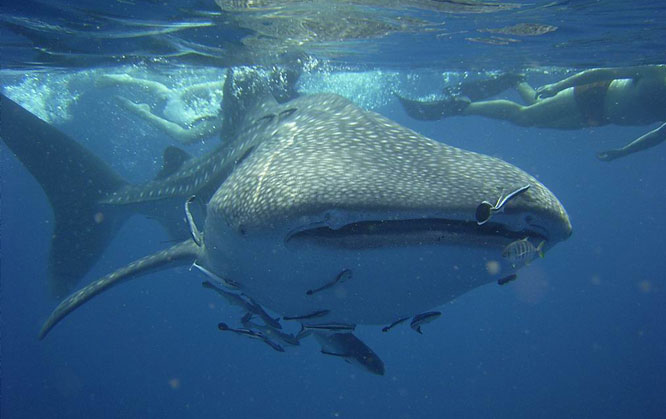 A Whale of a Shark

Don’t get me wrong – I love elephants as much as the next guy. Their behaviour is fascinating, their intelligence undeniable, and the little ones are just so darn cute.

Observing them from the safety of a Land Rover is common on safari, though interesting as it is, one can’t help but feel removed. Walking with elephants in the bush is a whole different bag of tricks, and one of the coolest things you’ll ever do, but elephant bulls are massive and famously aggressive, so you need to have a taste for fear. Fear is sharp and blunt all at once – not for everyone and certainly not the faint of heart.

Wonder, on the other hand, is fear’s subtler, more sublime cousin – the quality of exciting amazed admiration. And few experiences can inspire wonder quite like swimming with whale sharks. Whale sharks are the biggest fish in the ocean – they can grow to a length of 18 meters (56 feet). They move slowly through the water, like some galactic super-station of the ocean, carrying with them an entire ecosystem of remoras, cleaning fish and other various hangers-on. Often referred to as the gentle giants of the sea, they have no teeth, move slow as molasses, and take little interest in human flesh. It is said that to swim with them is to know God.

Whale sharks are migratory animals, and while generally solitary they can sometimes be found in numbers. The best places to view them are Tofo (Mozambique) and Mafia Island (Tanzania), both off the east coast of Africa, and the best season for whale shark viewing is November through March. All you need is a snorkel and a mask – no guides or training necessary. In open water just minutes from shore, giant shadows below the surface soon dwarf the boat and its time to jump in. You’ll gape in awe as the whale sharks surface and descend in slow motion just meters in front of you, well within the reach of an outstretched hand. Few experiences pack more wow than this.

Wonder, on the other hand, is fear's subtler, more sublime cousin. 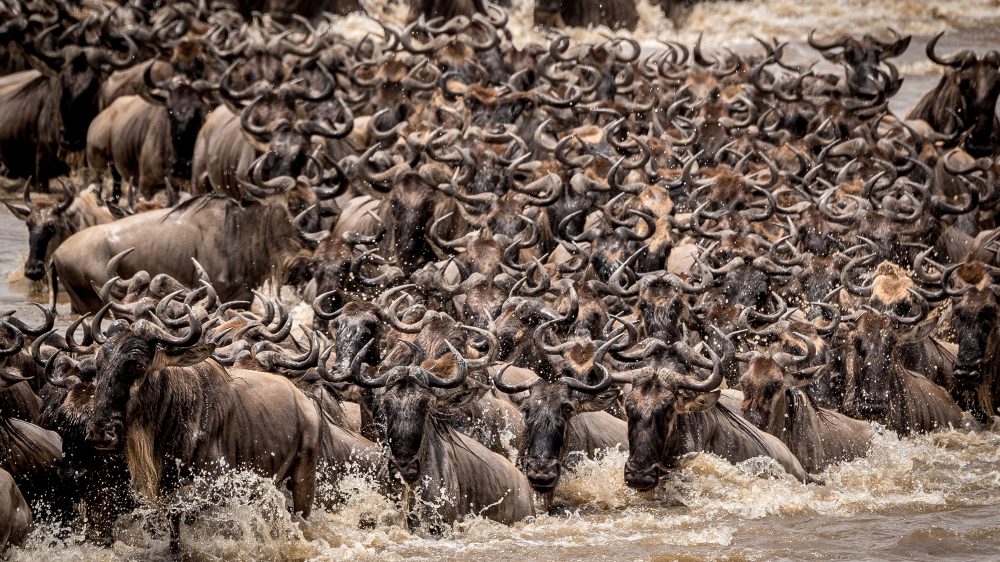