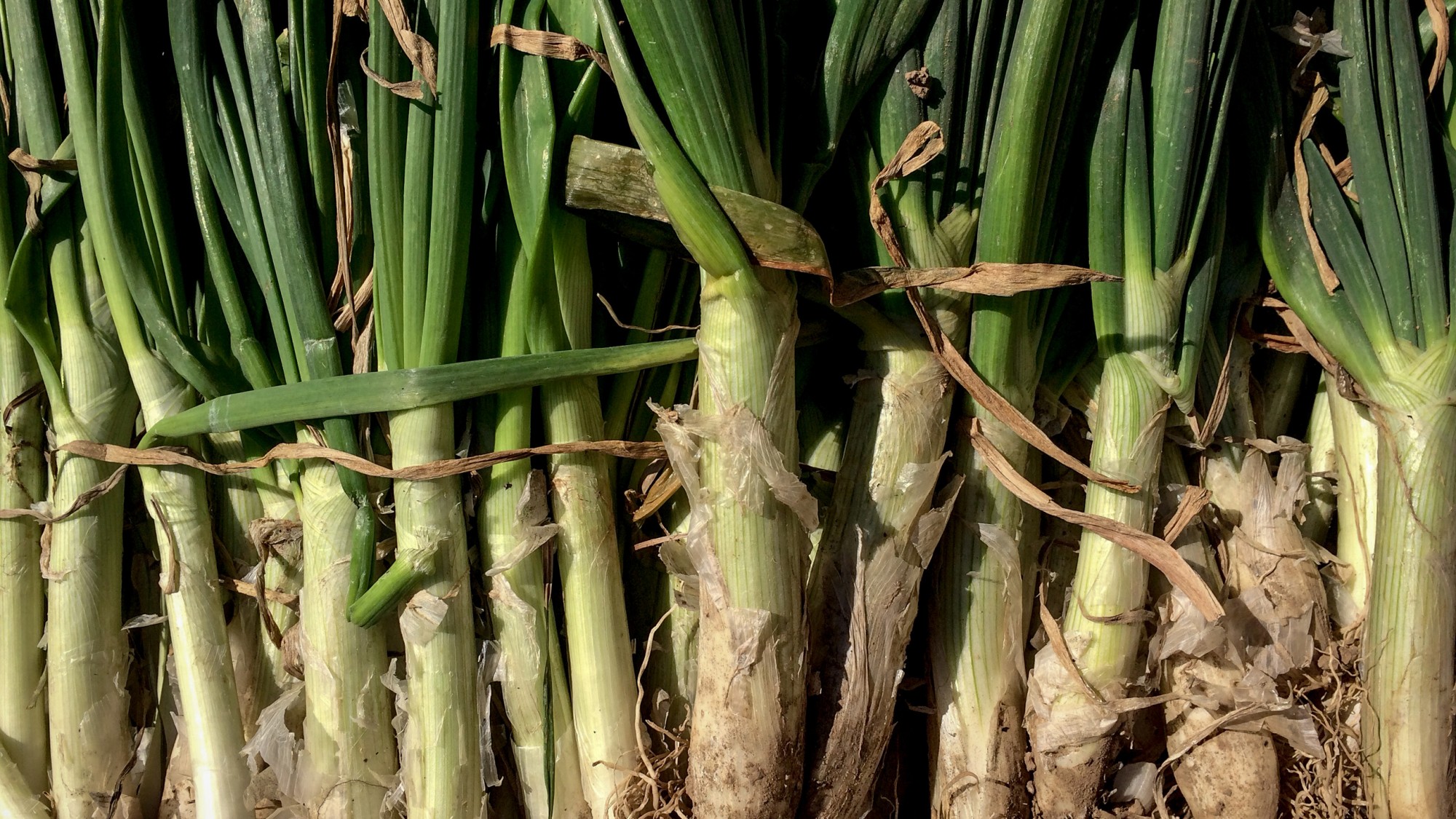 More to onions than meets the eye...
Photography: Lindsay Mackenzie 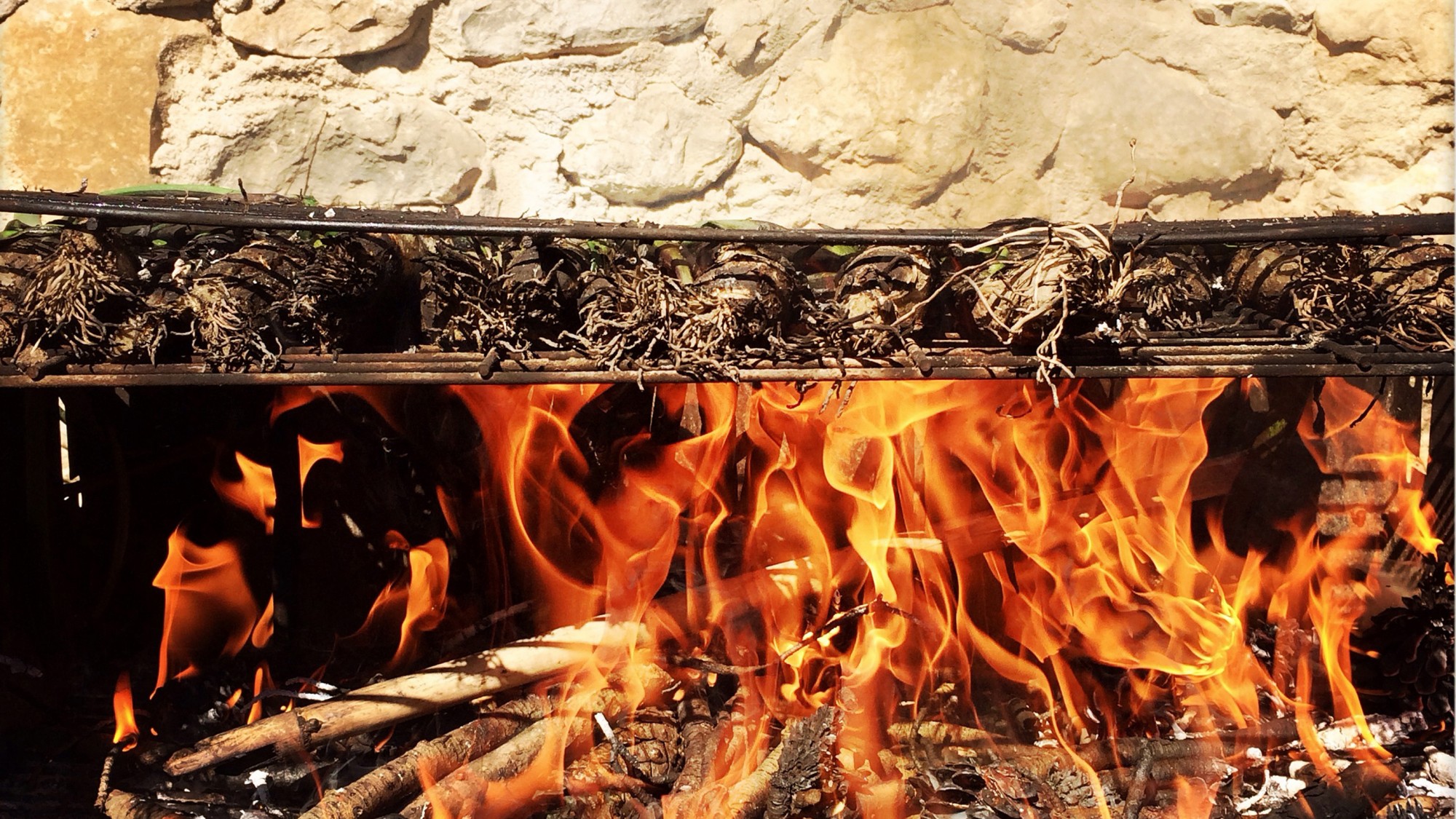 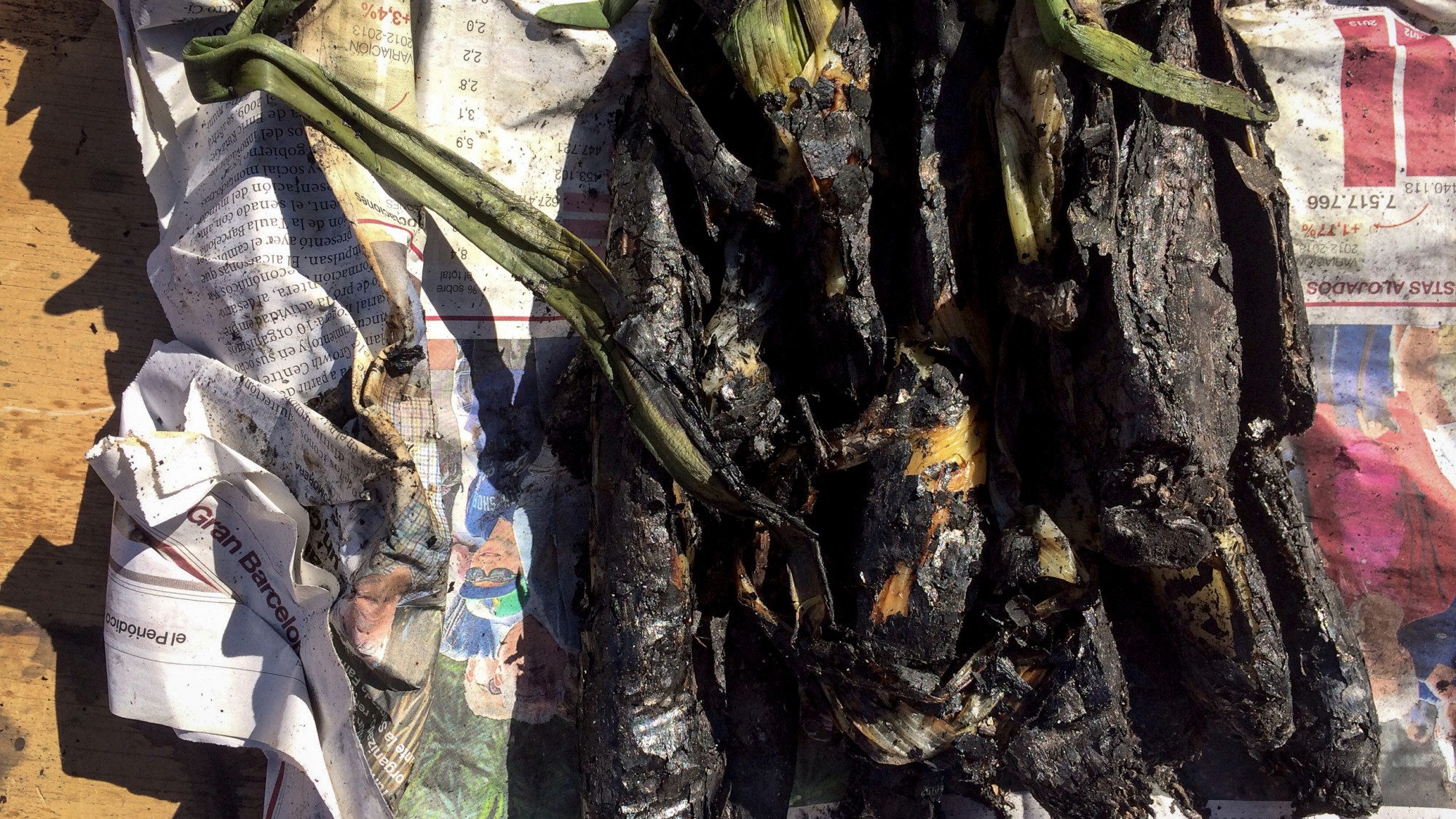 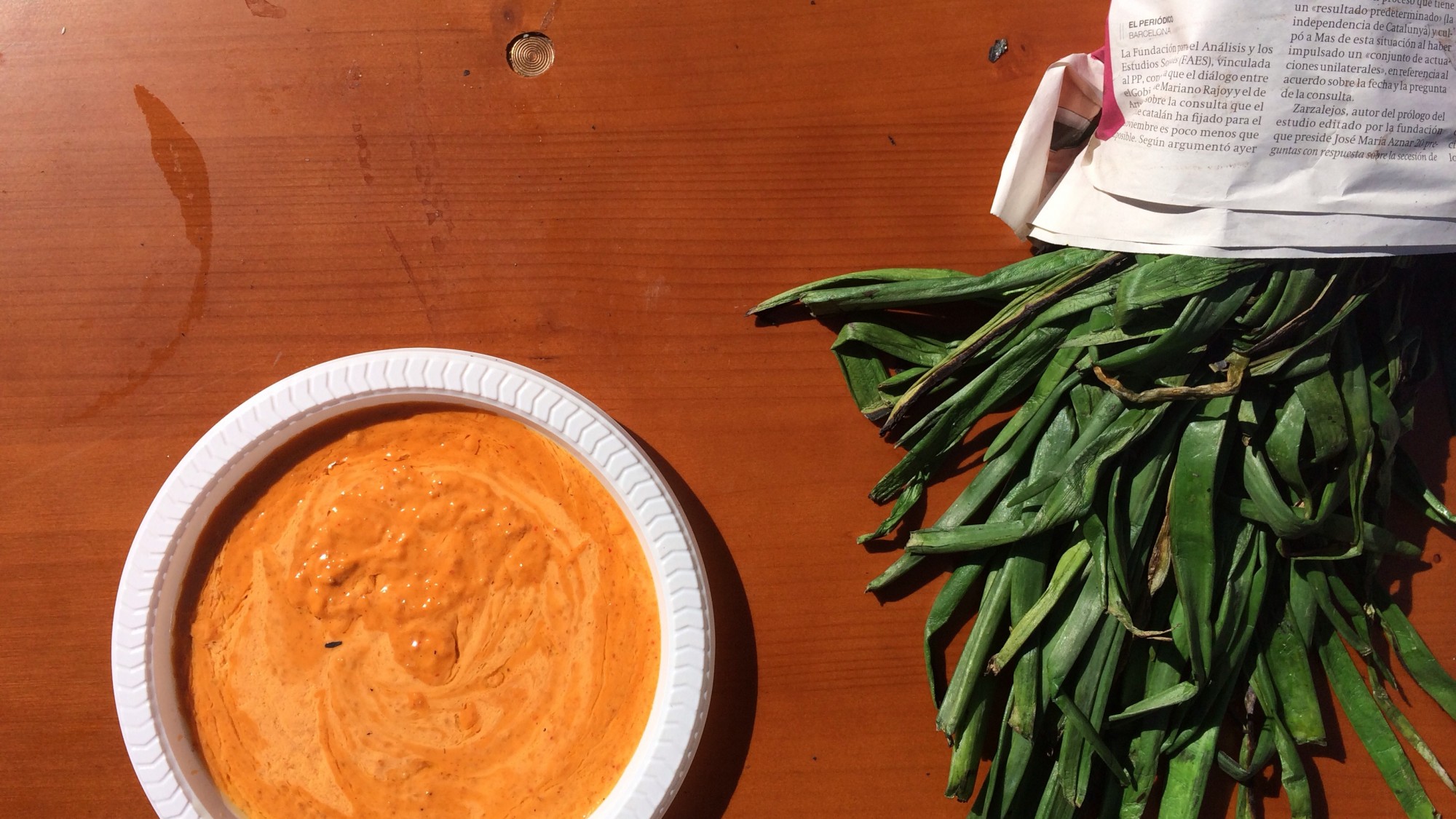 Step 3: Get out the romesco, peel the burnt layer off the calçot, and dip into aforementioned romesco. Repeat.
Photography: Lindsay Mackenzie 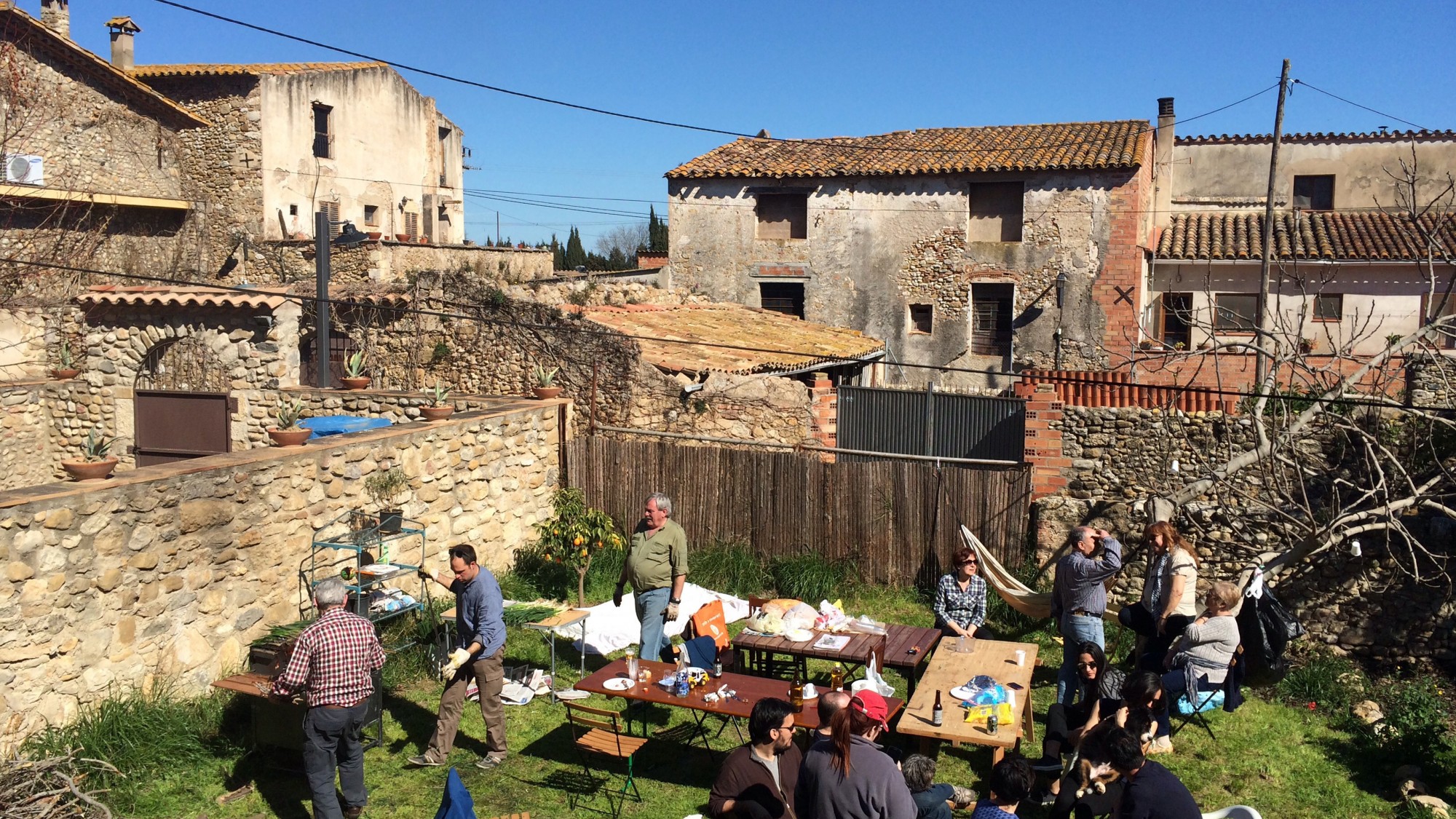 Warning—if you have a calçotada, everyone you invited to be polite will actually show up. Be sure to have some extra tables handy.
Photography: Lindsay Mackenzie

This weekend at lunch, for example, when we were completely stuffed with tapas after more than an hour at the table, my partner’s father remarked, “It’s too bad you have to go so soon. If you could stay longer we could go somewhere else and have something to drink.” And then he took a sip of his drink.

Here you sit and drink and eat, and then get up only long enough to find somewhere else to sit and eat and drink again. What else would you possibly do?

In the springtime in Catalonia, you don’t even have to wonder what to eat. As a good Catalan, you already know that you will spend the weekend eating fire-roasted calçots with friends somewhere in the countryside, and you wash them down with wine and cava.

In a region that considers itself culturally distinct from the rest of Spain, you cannot be counted as Catalan unless you’ve had calçots. It’s about the only fruit or vegetable that anyone on the Iberian Peninsula gets excited about (unless you count grape-derived products. Wine counts as fruit, right?). And they get really excited. About onions.

Basically a large, sweet scallion, calçots are said to have emerged about a century ago when a farmer from Valls, in the province of Tarragona, covered the sprouts of green onions with earth as they grew so that the edible white portion would grow longer. Somewhere along the way a culinary tradition was born, when the idea came about to roast these oversized sweet green onions and serve them with romesco—a delectable bright orange sauce made from crushed nuts and red peppers. Nowadays the calçotada (a calçot barbeque party) is a springtime fixture on any Catalan social calendar, and the calçot is registered with a Protected Geographical Indication by the European Union.

Calçots may seem like a strange thing to make into a cultural icon, but Catalans have a knack for making traditions out of oddities. On Christmas, for example, Catalan adults give each other caganeers—small statues of famous people pooping (yes, pooping), and kids beat a cagatio—a dressed-up log—with a stick, singing for it to ‘poop’ (yes, poop) out their presents. True story. But I digress…

The most famous calçotada is held in January in Tarragona, but the season stretches until April and takes place throughout Catalonia—just look for plumes of smoke coming from backyard barbeques.

Oh, and when you’re done with drinking cava and roasting and steaming and eating a huge pile of calçots smothered in romesco, not to worry—they’re just the starter. Catalans don’t waste anything, least of all a good pile of burning embers. So out comes the meat, and you get to sit, and eat, and drink, all over again.

Lindsay Mackenzie is a freelance tour guide and photographer who has travelled to 50 countries all over the world. She’s only stopped at 50 for now because Spain is a little harder to leave than the others…

It’s about the only fruit or vegetable that anyone on the Iberian Peninsula gets excited about.