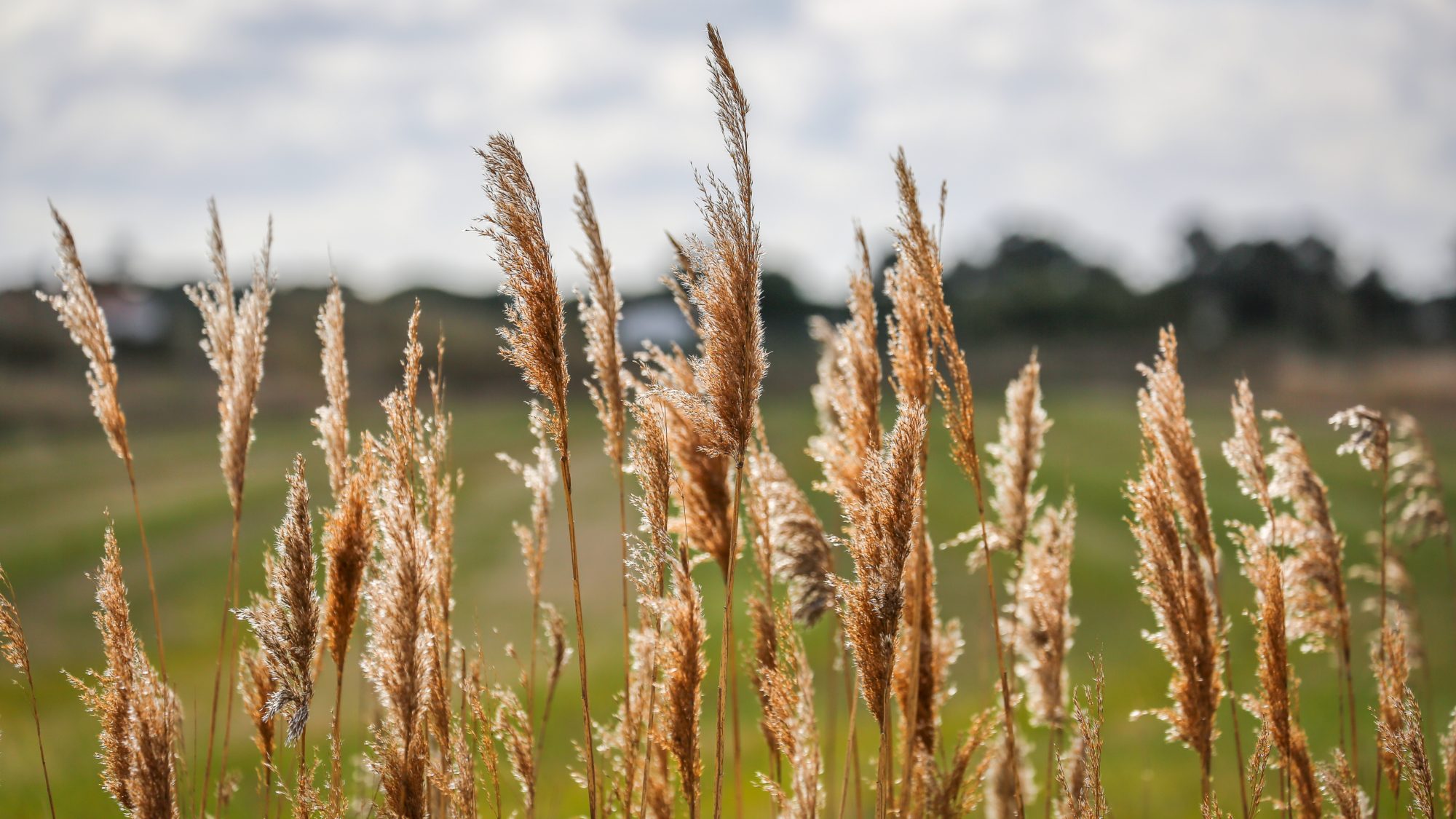 With sparse development and a conscious effort in preserving local ecosystems and livelihoods, Comporta is marked by huge tracts of agricultural land set behind its miles of unspoilt beach. Photography: Sebastian Lapostol 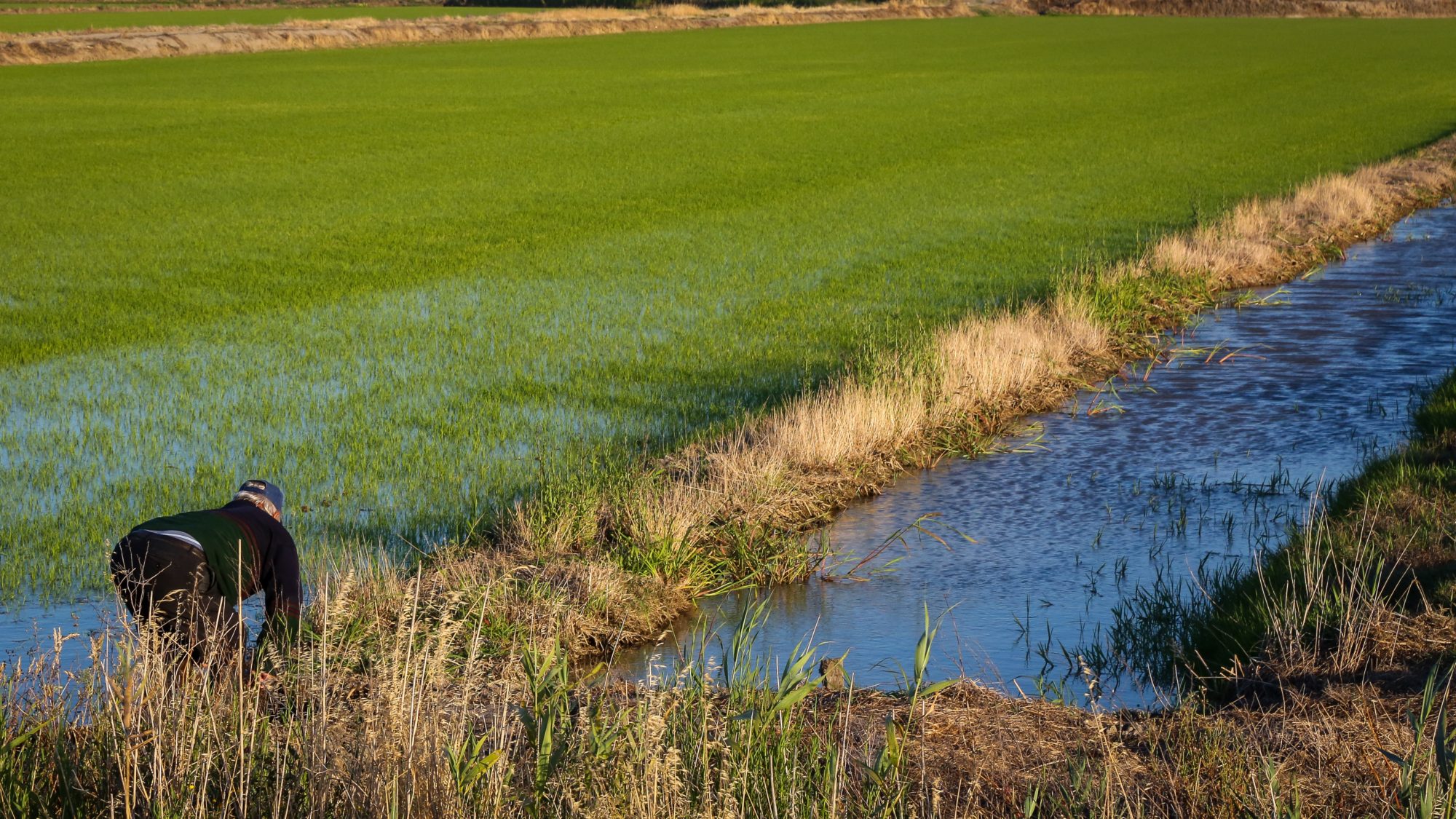 For centuries, rice farming (a legacy passed down from the Moors who dominated Portugal for centuries) has been the main economic activity around Comporta and the Sado Estuary. Photography: Sebastian Lapostol 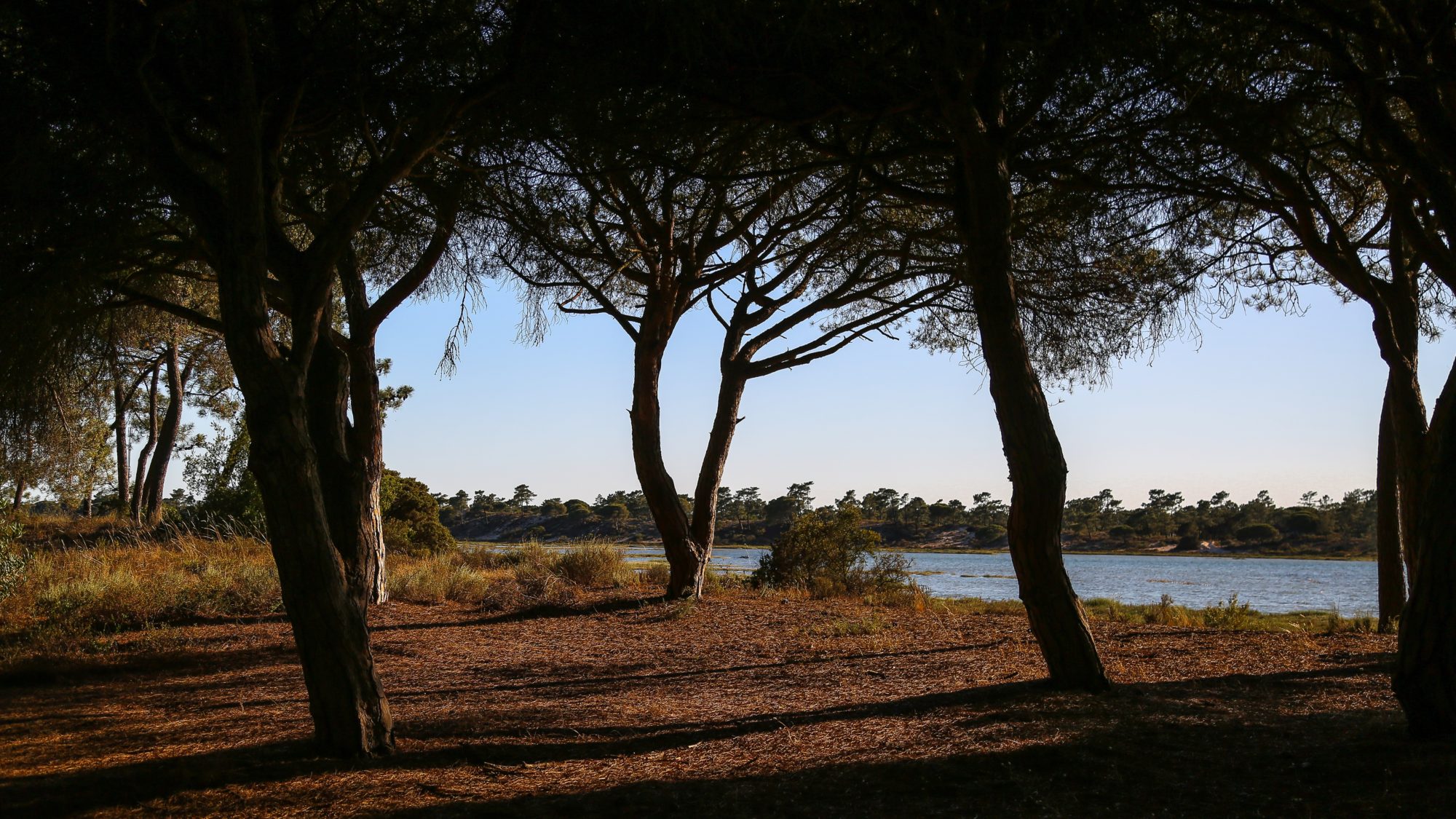 The Phoenicians and Romans were here and left behind a small colony that was given to salting and curing fish from the fertile Sado Estuary. Today, umbrella pines forests compete with rice paddies for the main vegetation of Comporta. Photography: Sebastian Lapostol 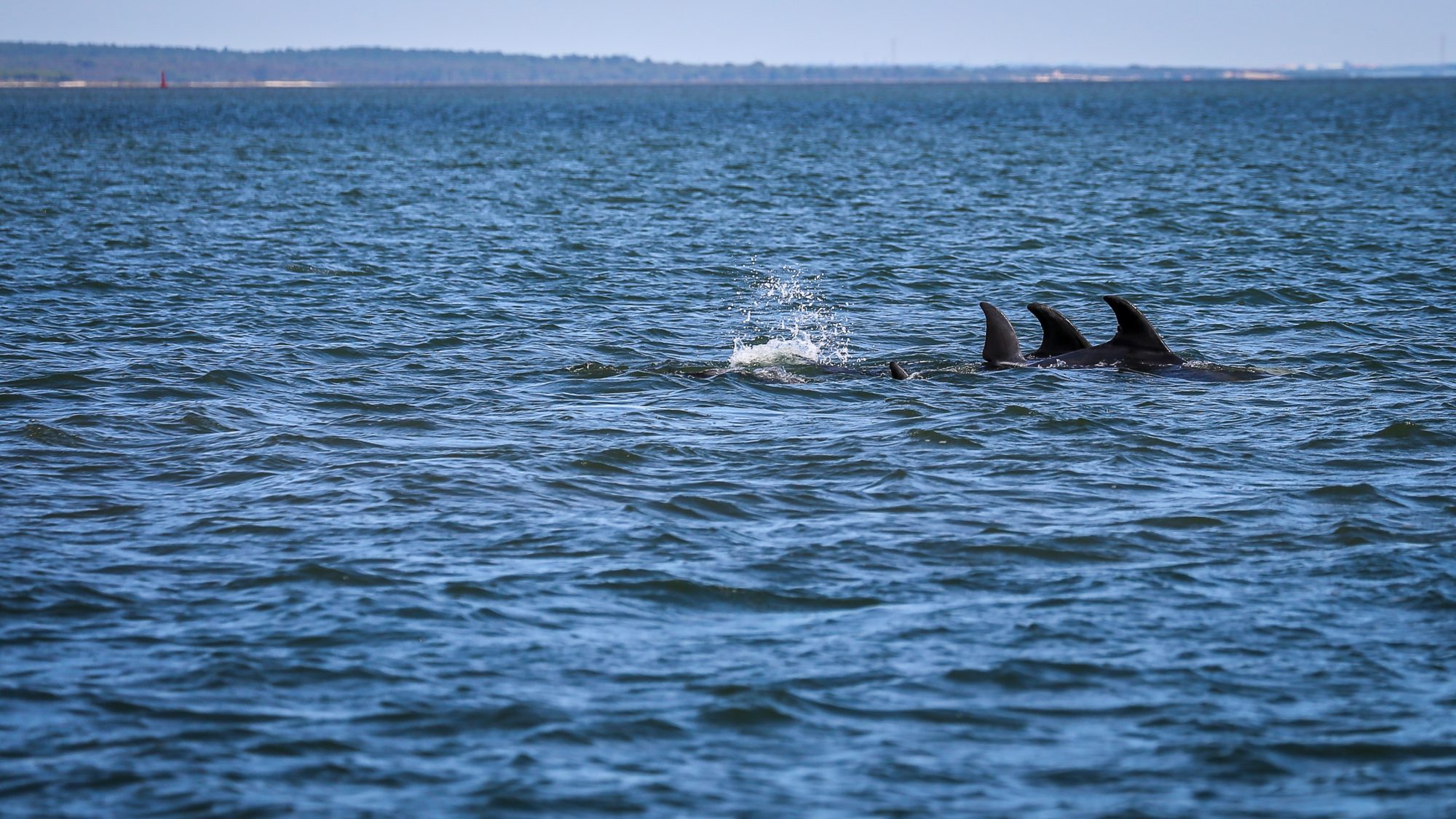 The Sado Estuary flanking Comporta to the north is home to a sizeable colony of bottle-nosed dolphin. Photography: Sebastian Lapostol 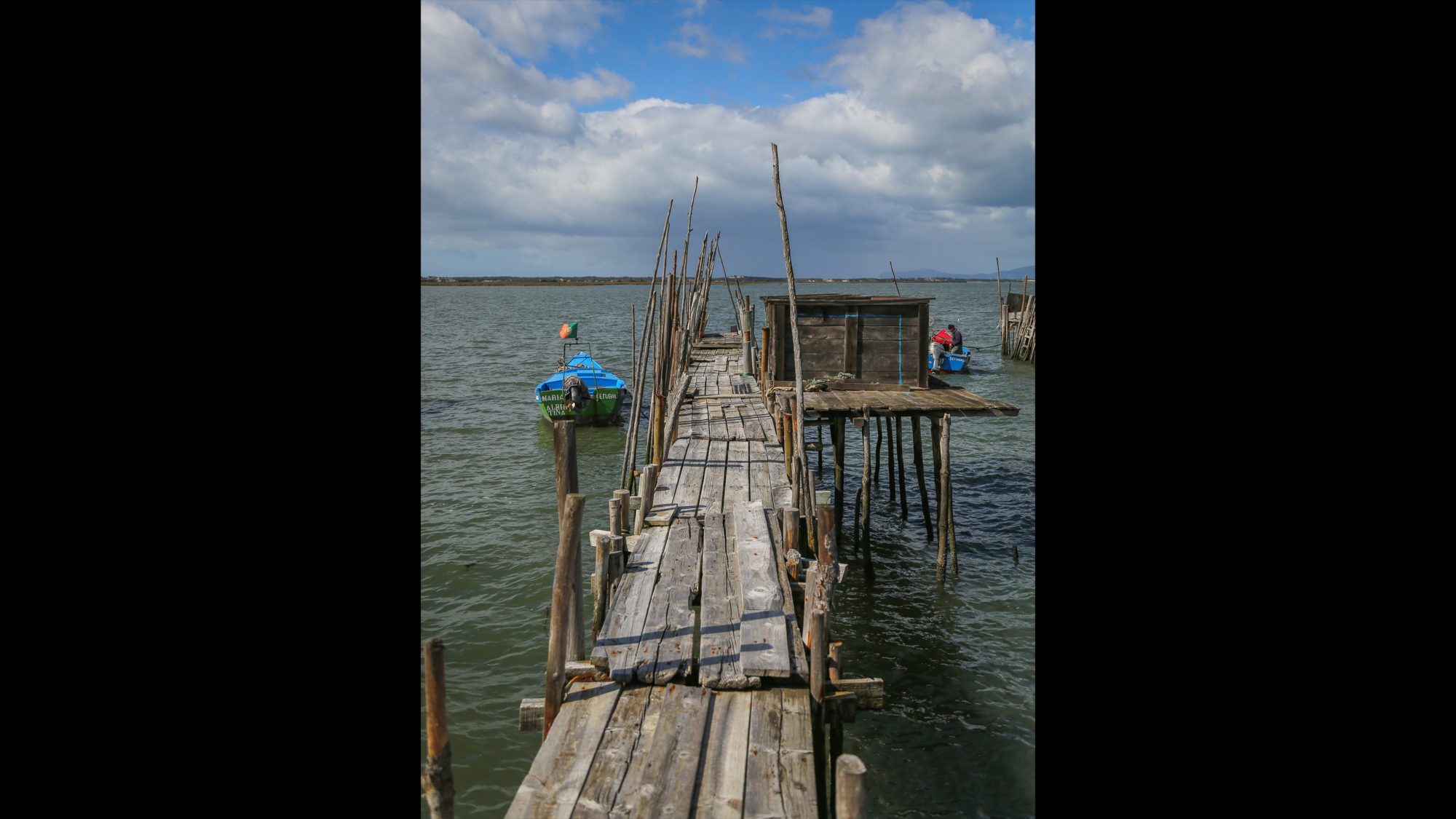 The "Cais Palafitico da Carrasqueira" just outside Comporta fronts the Sado Estuary Natural Reserve, and is a collection of ramshackle fishermen's huts on improvised wooden pier that makes for wonderful photos at either high or low tides, mornings or evenings. Photography: Sebastian Lapostol 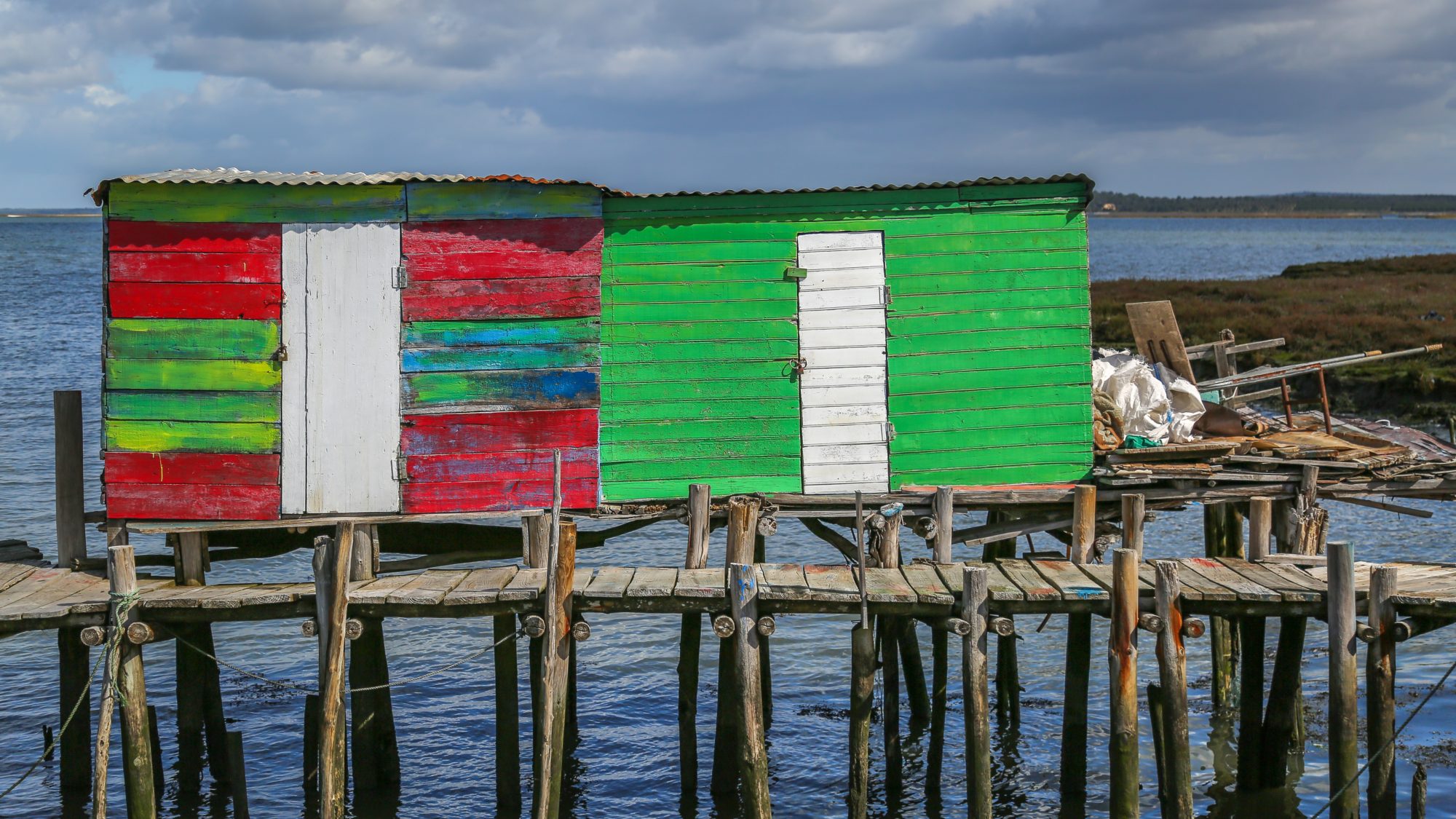 Some of the quirky and colourful fishermen's huts on the Carrasqueira Palafiticos. Photography: Sebastian Lapostol 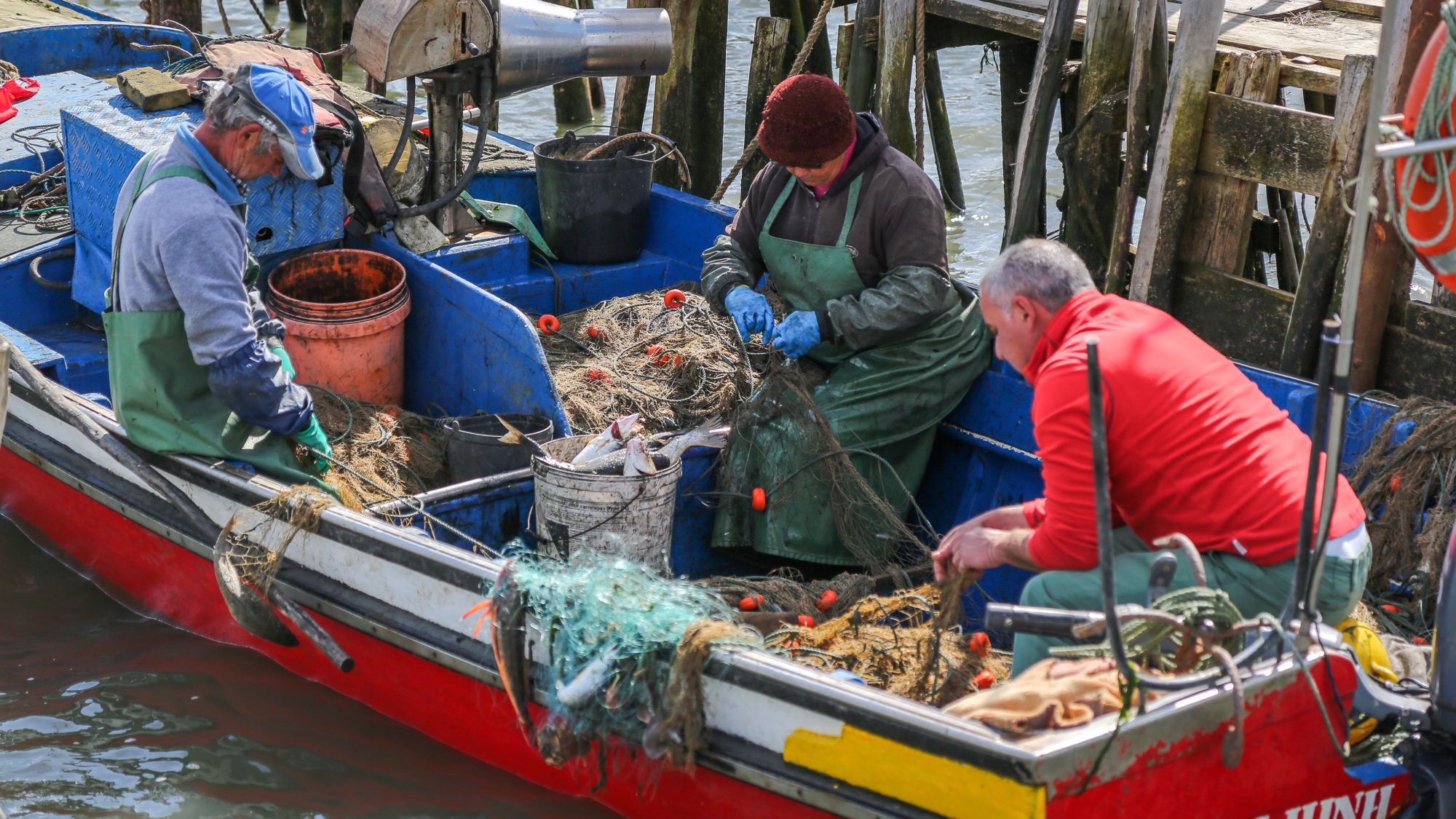 The Sado Estuary abounds in fish and provides a living to a number of local families in the small community between Comporta and Alcacer do Sal. Photography: Sebastian Lapostol 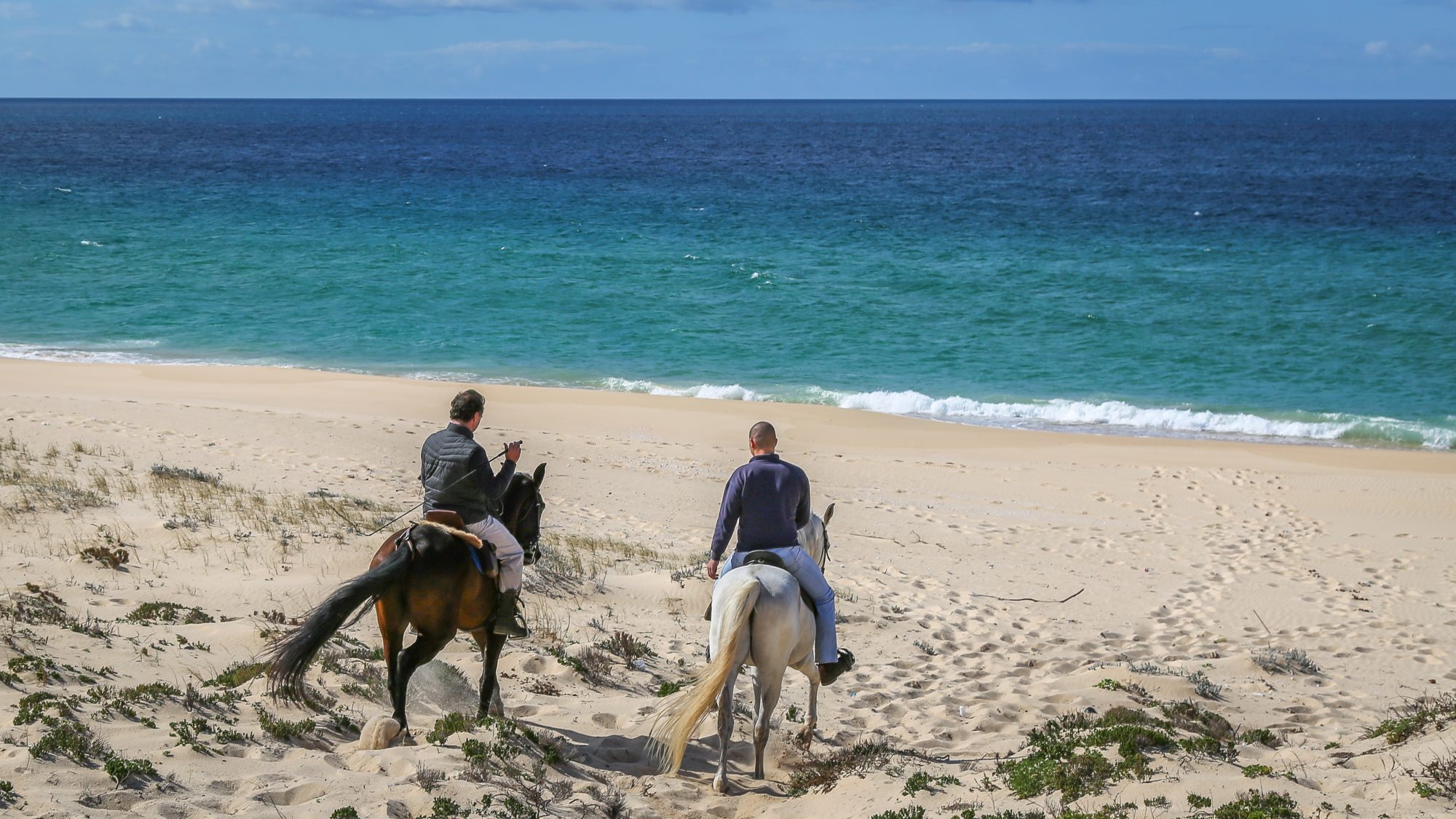 One of the few and most rewarding activities in Comporta is heading out with José from Cavalos Na Areia for a morning or afternoon of riding one of his wonderful Lusitanians through beaches that are generally not accessible to the public. Photography: Sebastian Lapostol 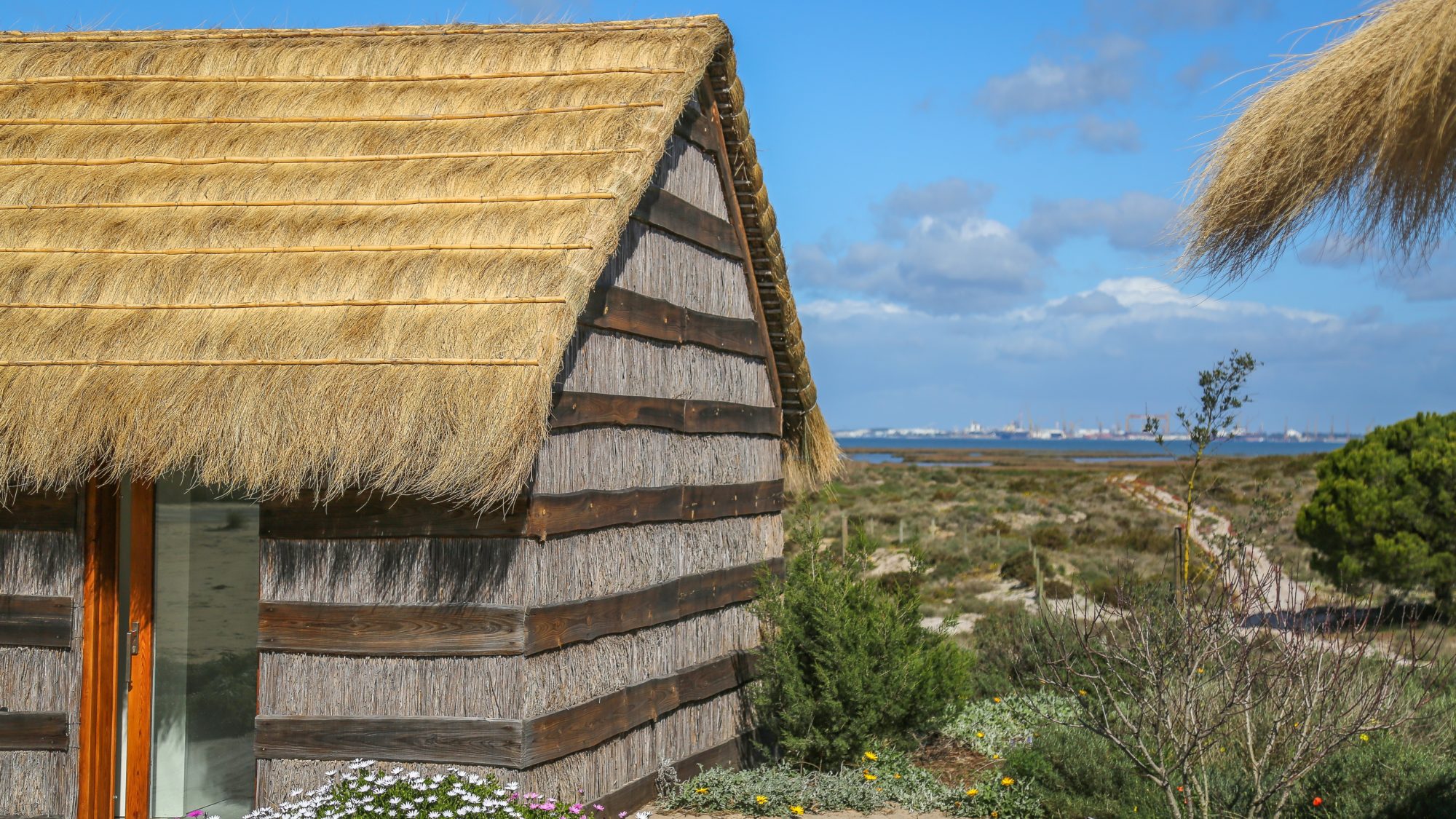 The architectural trends and builds around Comporta have generally respected the local traditions: thatch and simple wooden structures that nonetheless exude a real eye for harmonious design. Photography: Sebastian Lapostol 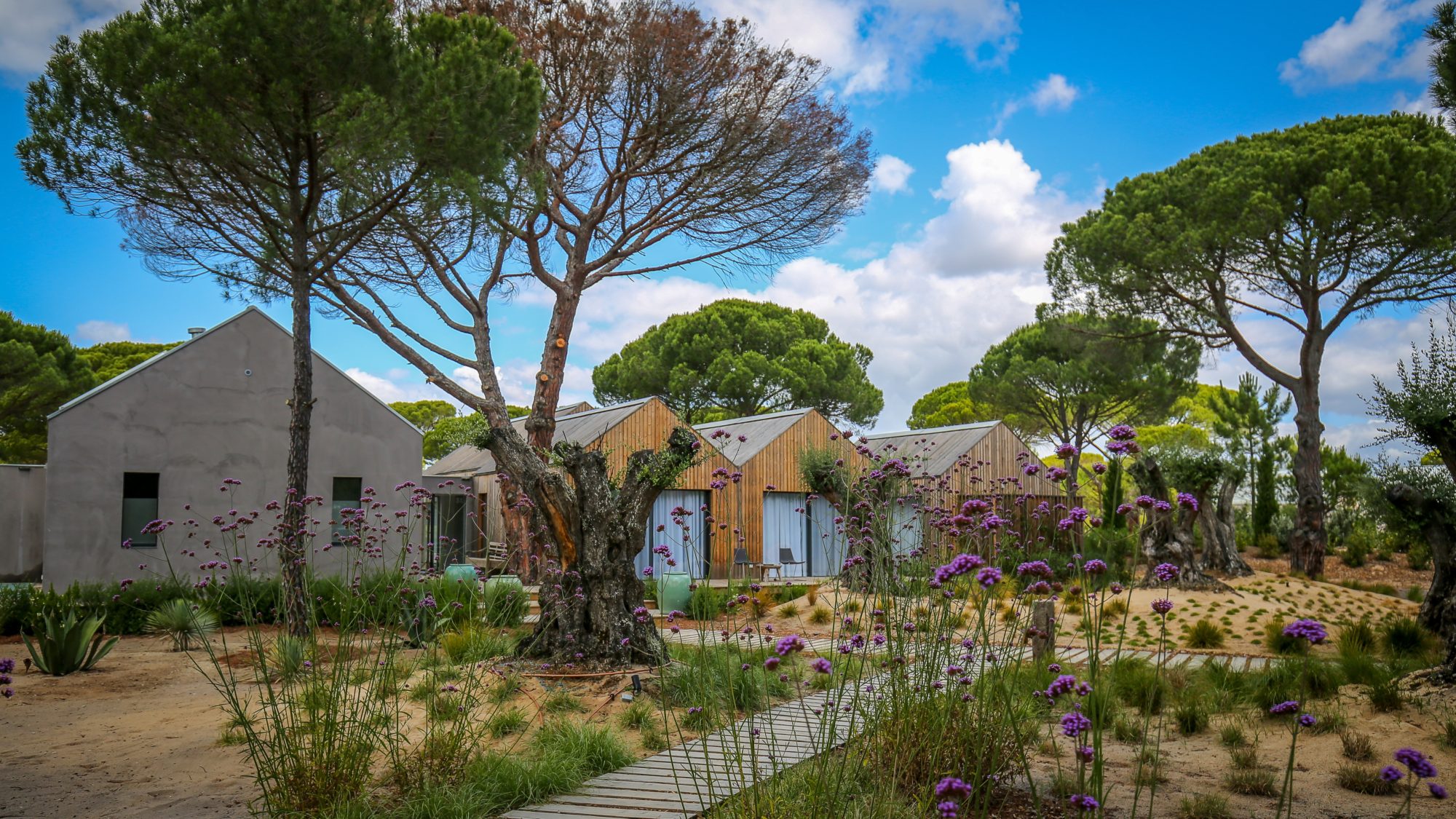 We met Sublime Comporta back in 2014 as the project was underway and before Comporta was on the map, an achievement they are largely responsible for. In addition to some guest rooms most of the accommodation are 2-5 bedroom private villas set amongst the pine forest, most with their own private pool and kitchen facilities, making this ideal for families or small groups. Photography: Sebastian Lapostol 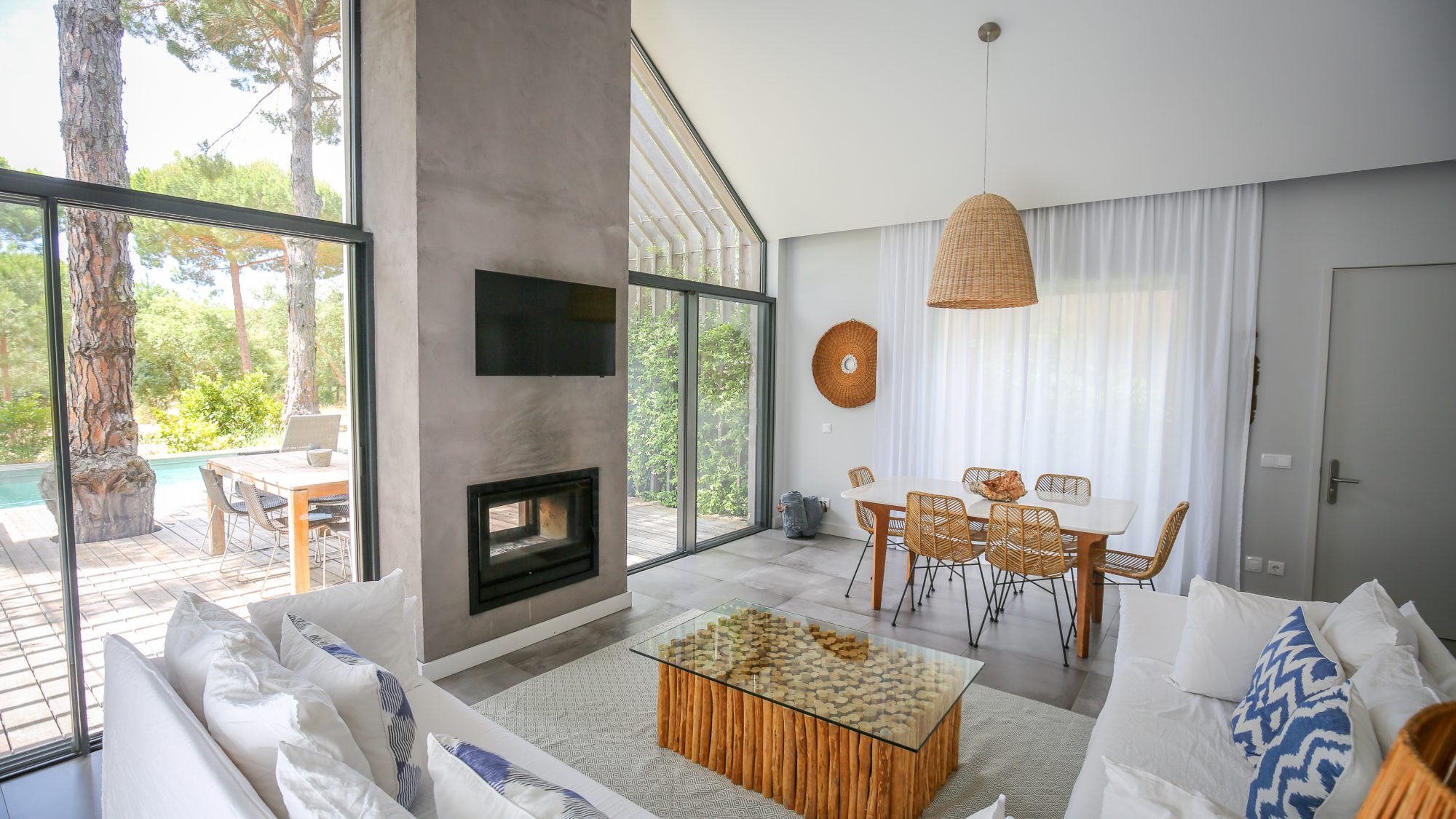 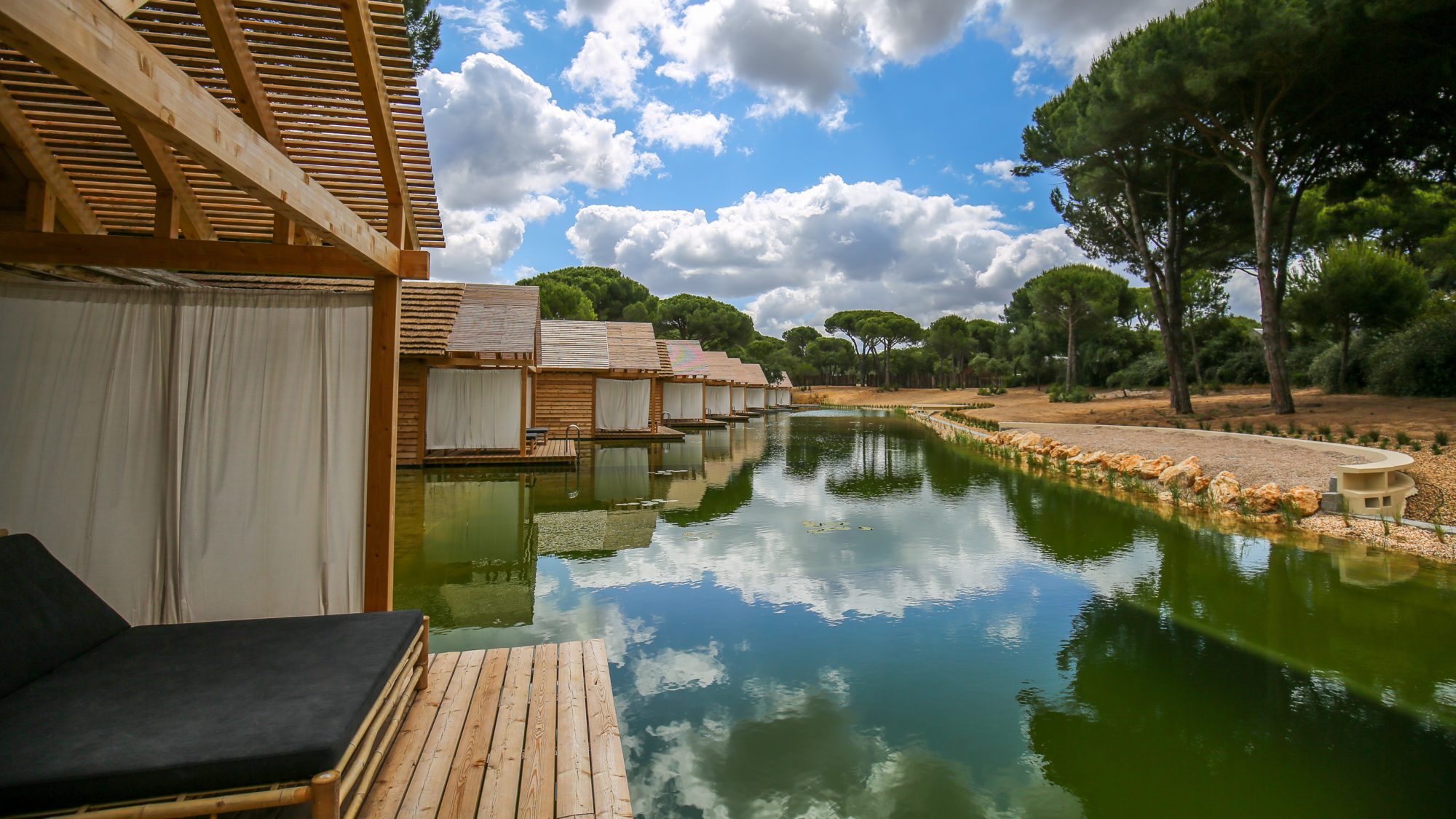 Sublime expanded their offering in 2019 with stylish new "Bio-Pool" Suites in homage to the fishermen's huts of the Carrasqueira palafiticos. The pools use a natural plant filtration system and no harmful chemicals. Photography: Sebastian Lapostol 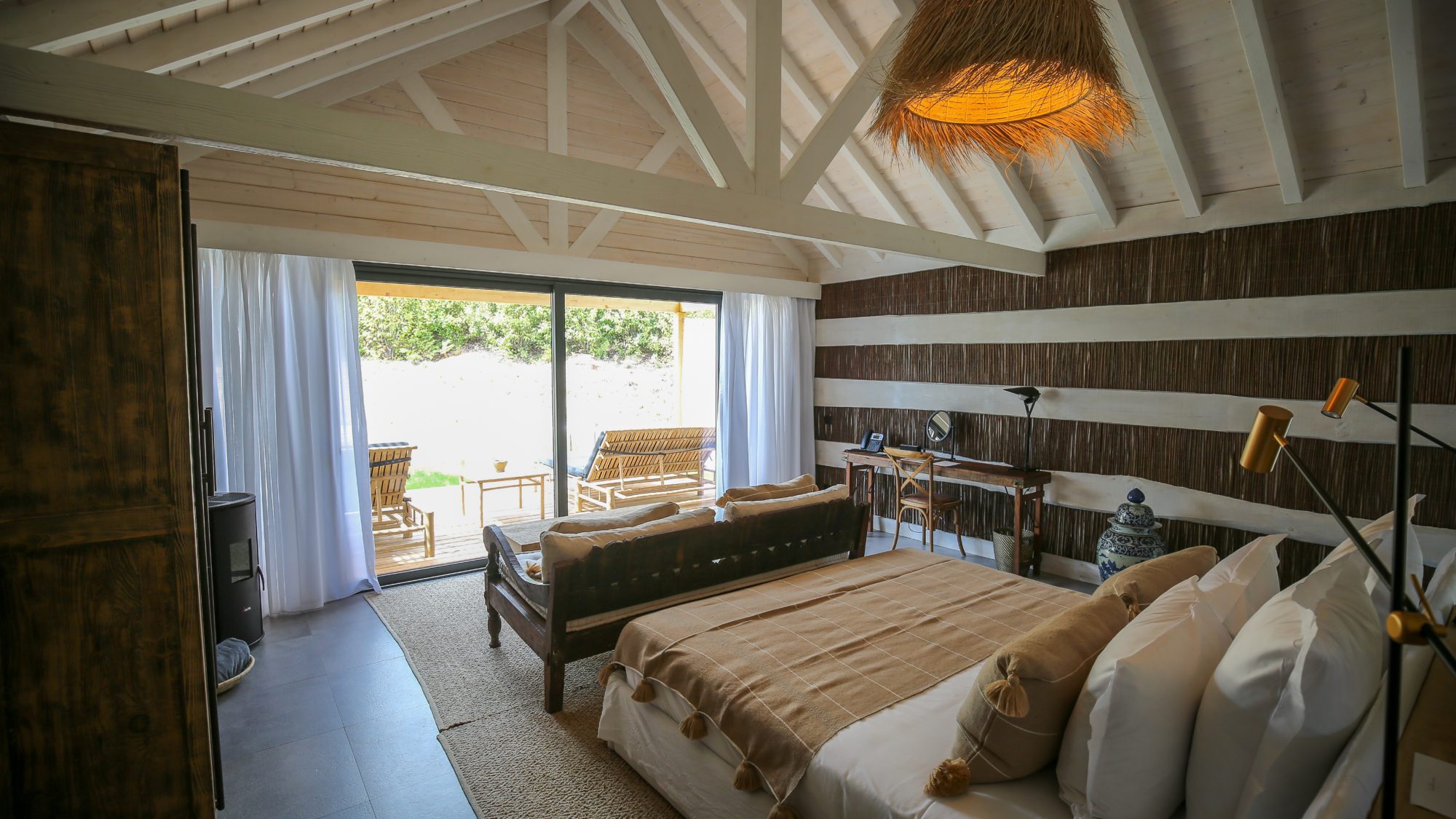 The Bio Pool Suites are the best bet for couples if you're not in a larger group or family renting one of the multi-room villas. Photography: Sebastian Lapostol In addition to the Sublime hotel's restaurant, they offer a "Fire-circle", a special private chef's table for up to 10 diners where you sit in a semi-circle being plied with drinks and enjoying a multi-course tasting menu themed around the concept of fire. Photography: Sebastian Lapostol For anyone who loves fresh fish, it's a given that Portugal will be a delight. And those in the know visiting Comporta make sure to pay at least one visit to O' Dinis for lunch for their excellent grilled "pregado" (Turbot). Photography: Sebastian Lapostol With fewer than 1400 inhabitants, Comporta's the kind of village where there are few traffic lights and the local grocer knows everyone's name. Photography: Sebastian Lapostol 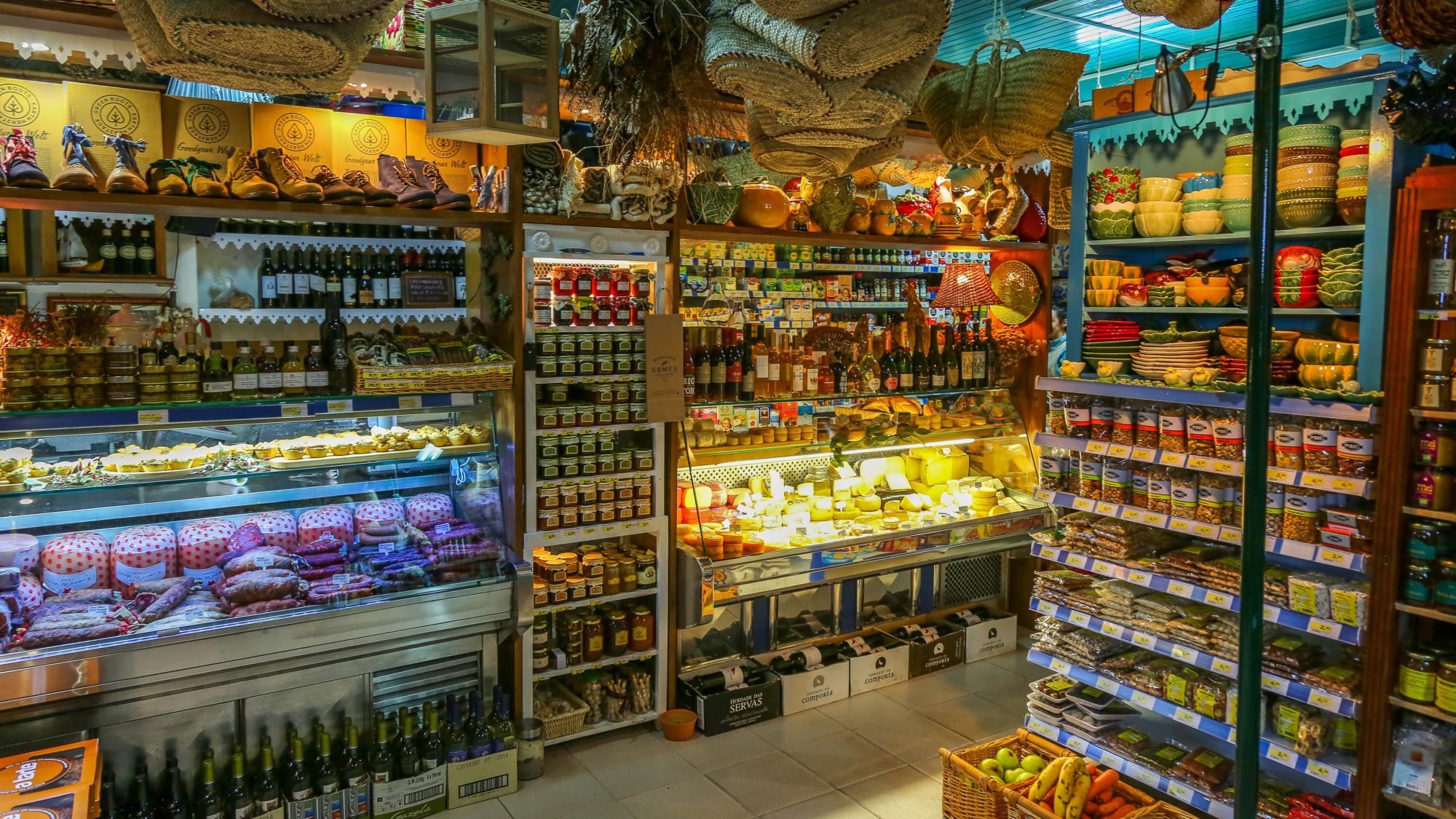 Yet inside this nondescript local market are stacks of high-end cheese, charcuterie, wines, and gourmet products to service the weekend and summer Lisbon clientele who visit Comporta, earning the Gomes mini market the nickname "Harrod's" among the locals. Photography: Sebastian Lapostol 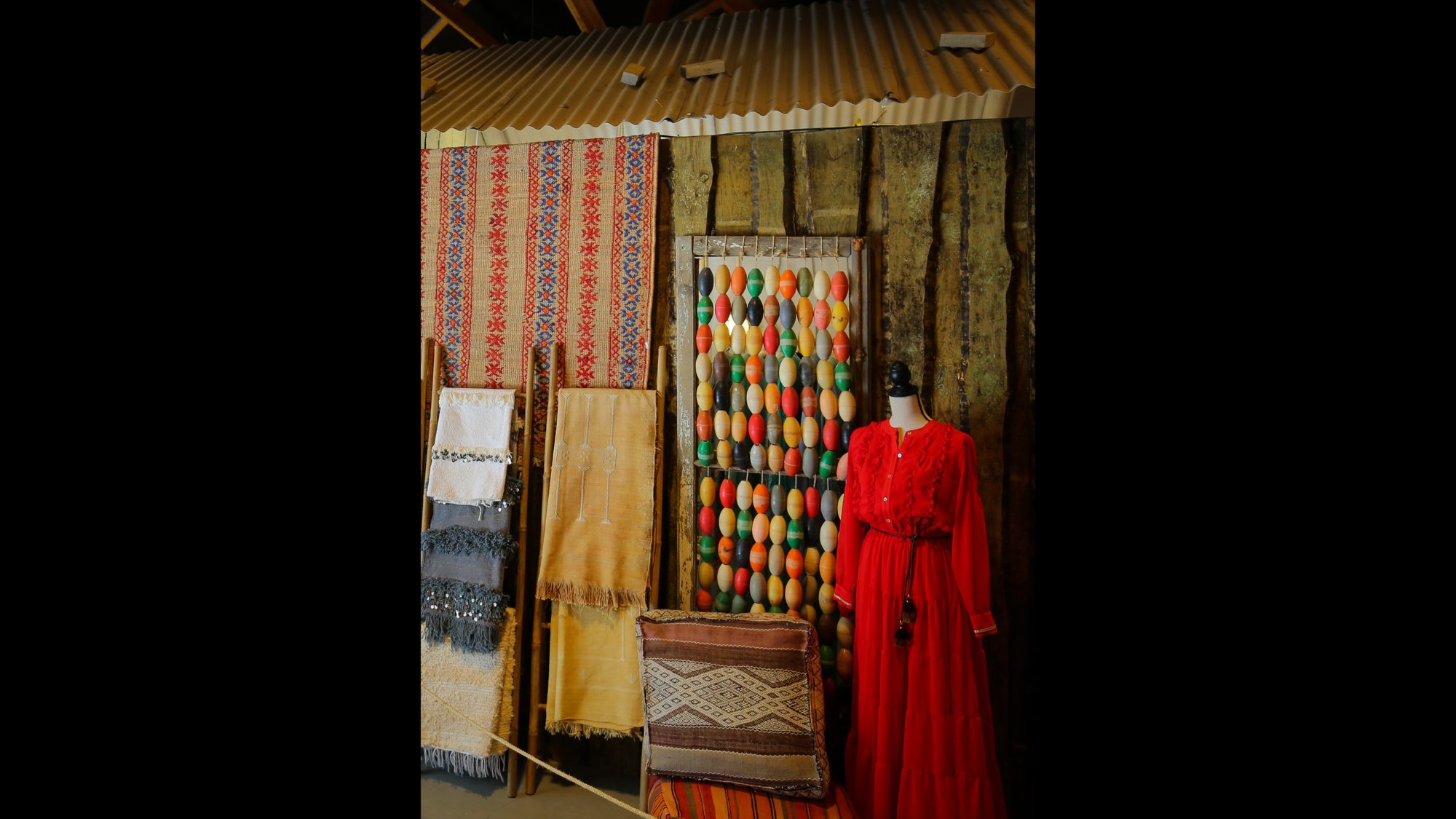 Comporta's Casa da Cultura is a cultural and community space which largely features handmade work from local artisans and small shops to cater to all of your pan mediterranean boho-chic shopping urges. Photography: Sebastian Lapostol The beaches at Comporta can be windy and cold, even during the height of summer. It's the Atlantic after all. But beach-side action in the form of a few local restaurants (that double as bars for sunset cocktails) are the real draw. Photography: Sebastian Lapostol 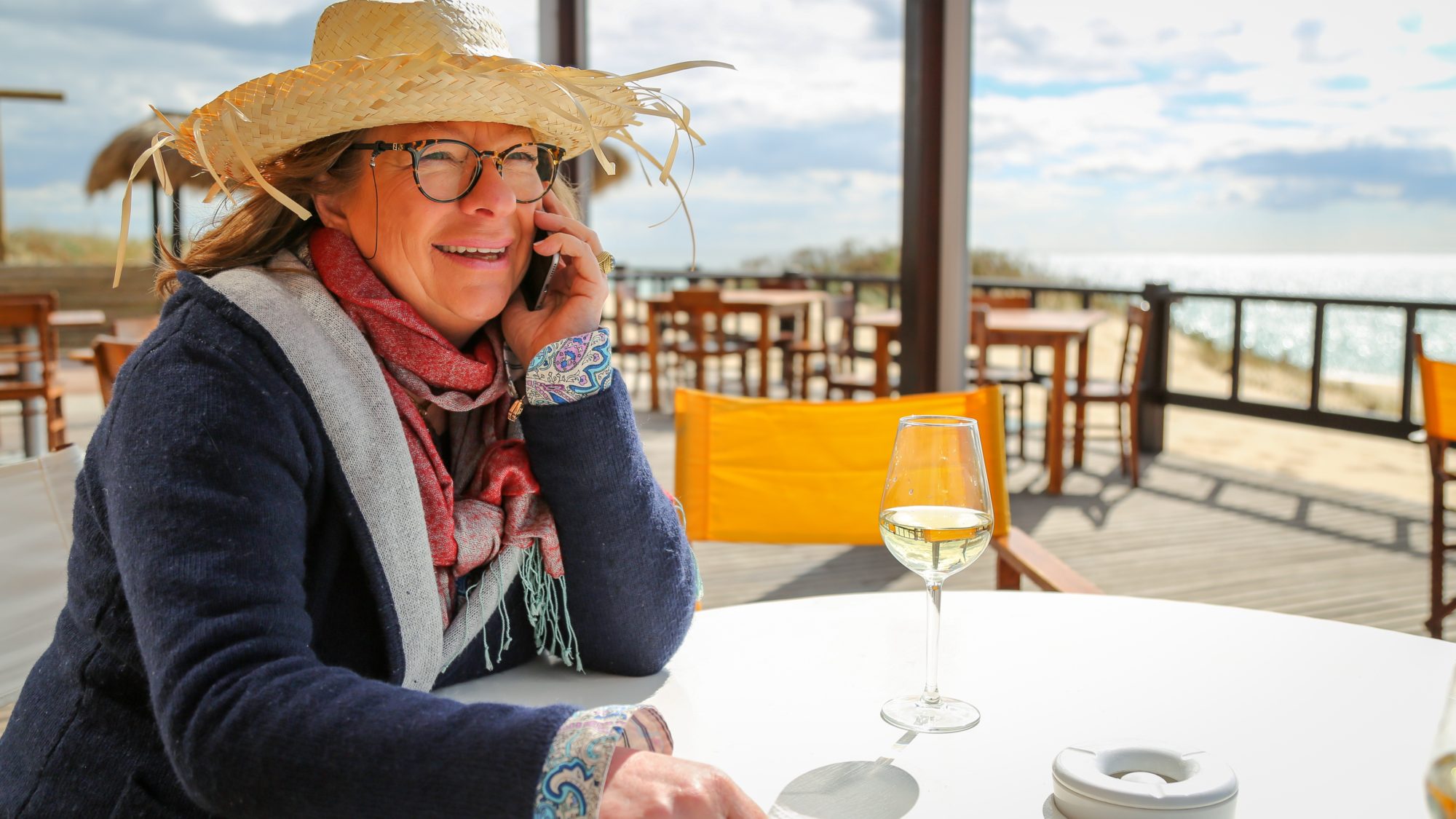 The woman-about-town in these parts is Isabel Carvalho, "Isabelinha" to her friends. Along with her husband Toze years ago they started a restaurant in an old converted rice-warehouse called "Museu do Arroz" which is the main focal point for nightlife in Comporta. She's a super-friendly character and if there's one person to know in Comporta, it's her. Photography: Sebastian Lapostol 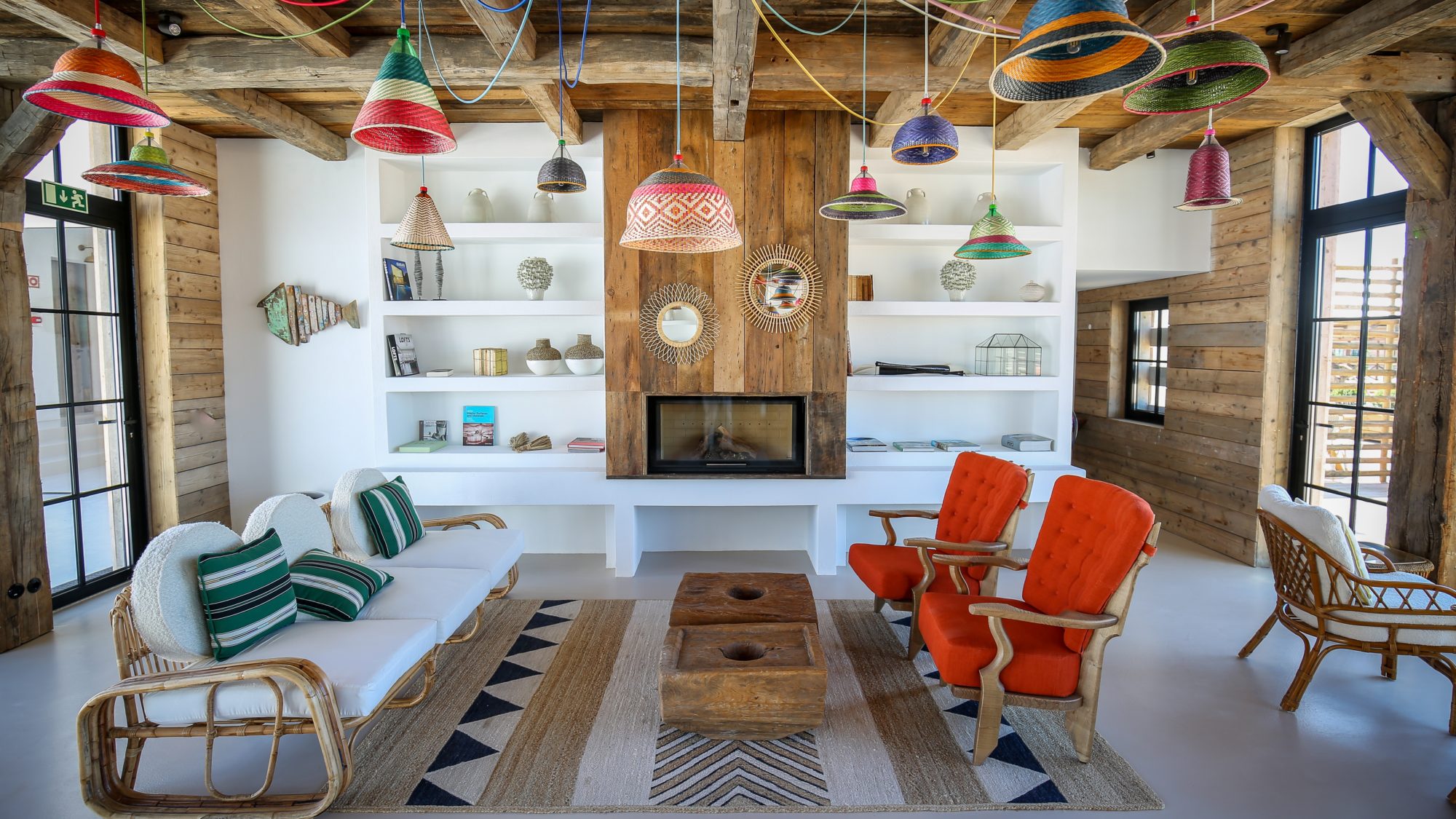 The new hotel in town is Quinta da Comporta, a wellness resort that blends with the local landscapes and using all native woods and building materials for its generously appointed rooms and family bungalows. The project is from Miguel Câncio Martins- the interior designer and one of the founding partners of Sublime Comporta. Photography: Sebastian Lapostol 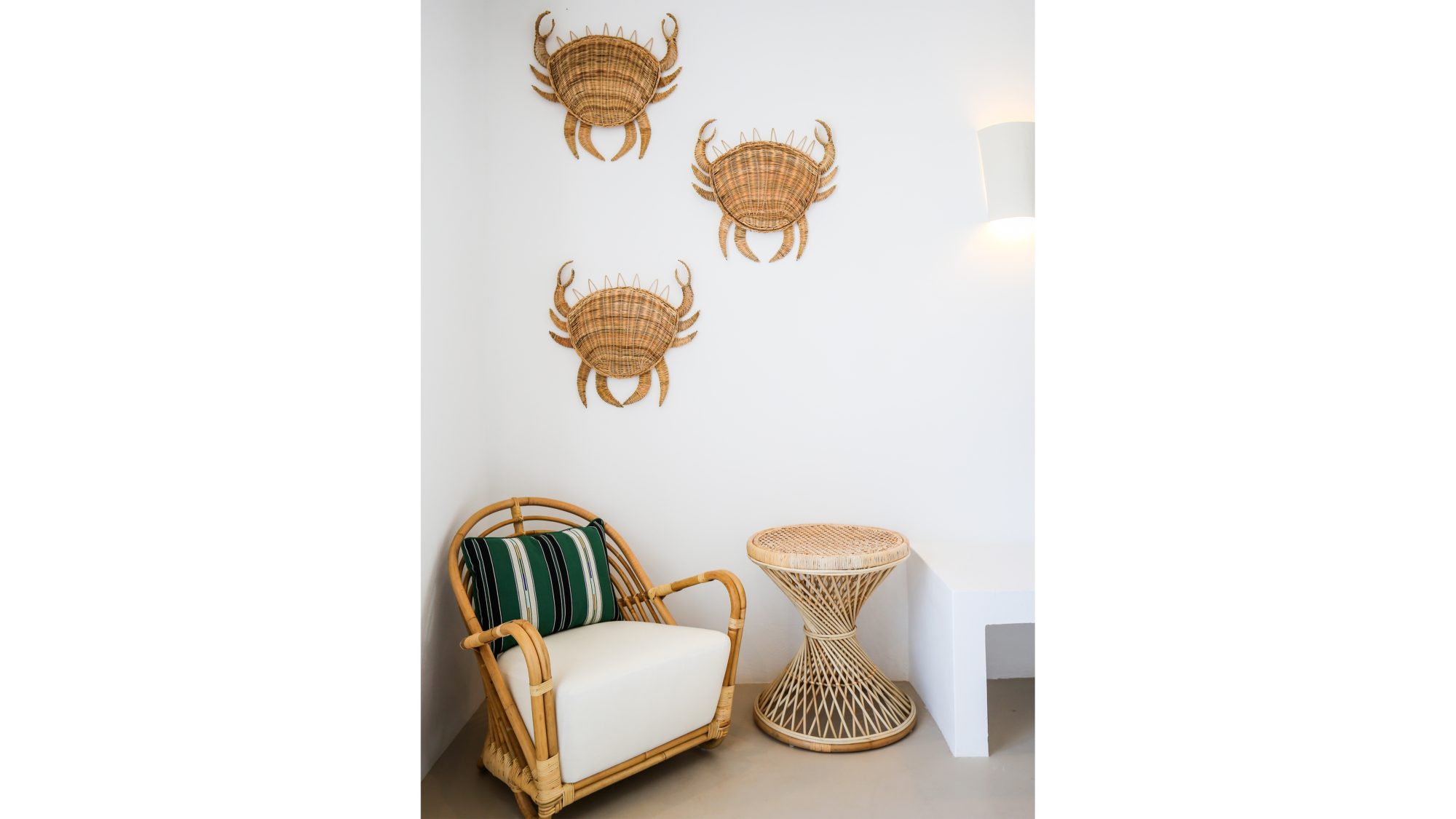 Câncio-Martins' interior design touch is in every room, lounge and common area of the Quinta. Photography: Sebastian Lapostol 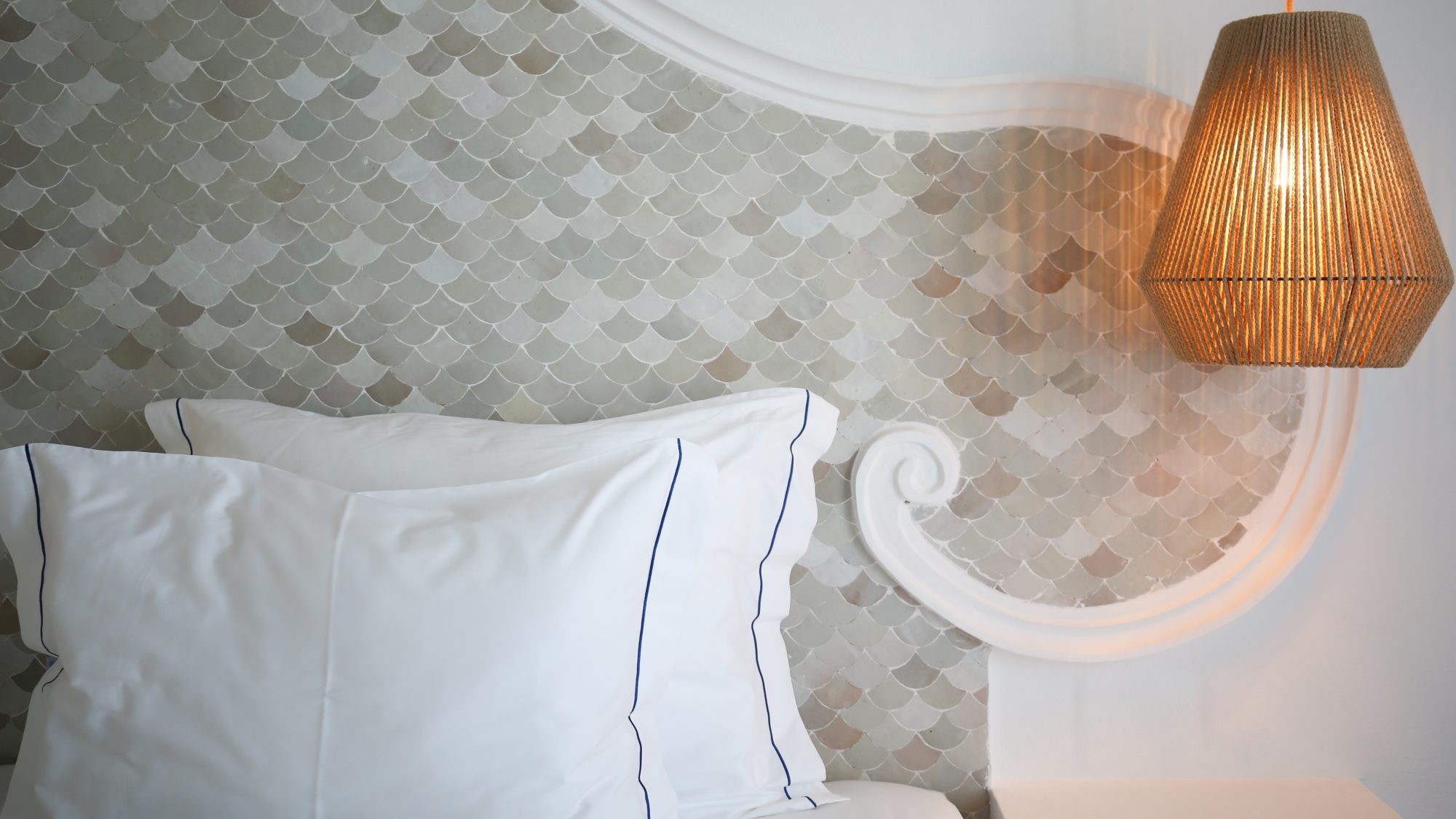 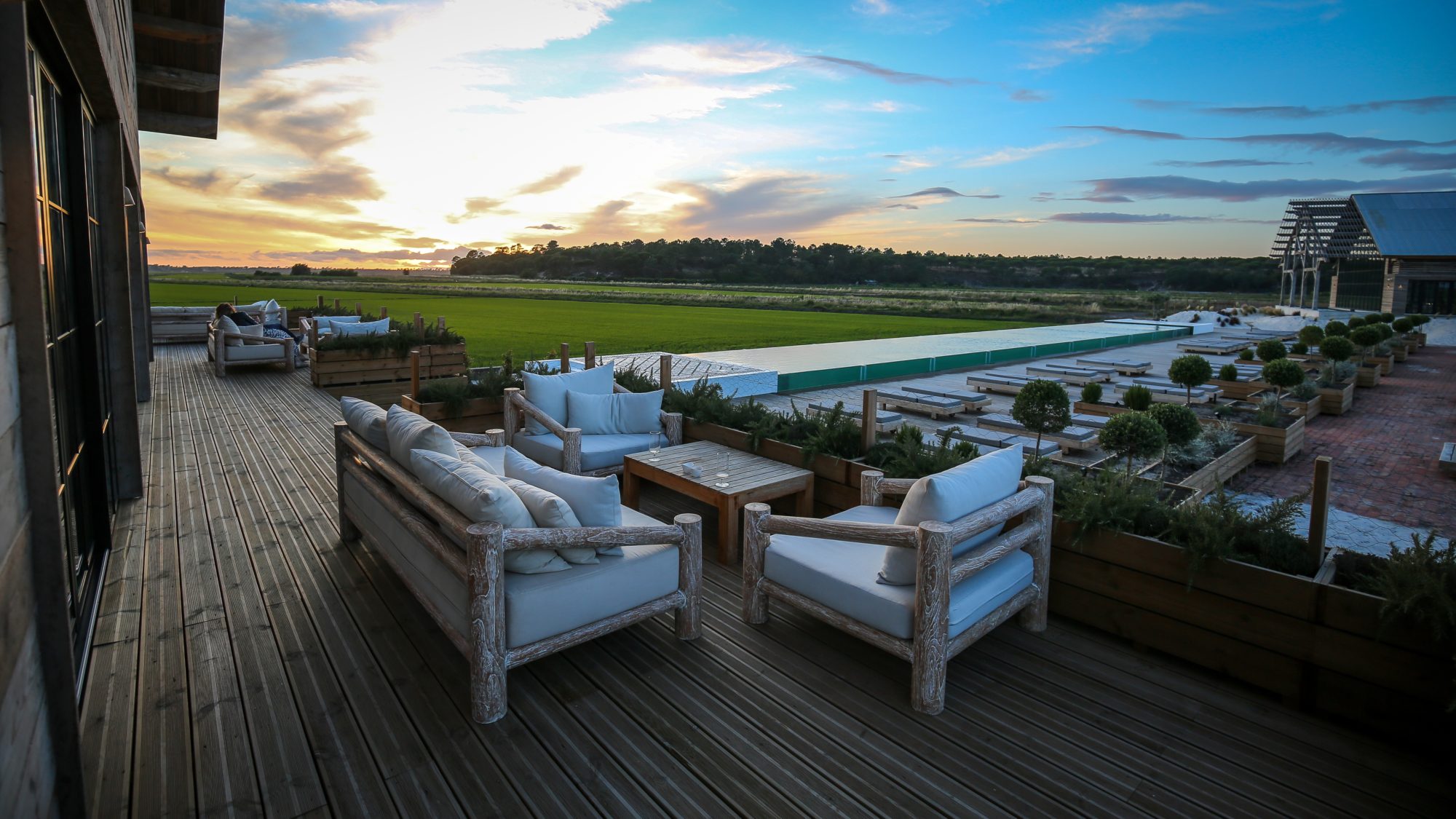 Regardless if you're staying here or not, sunset drinks at Quinta da Comporta overlooking the rice fields is a must when staying in the area. Photography: Sebastian Lapostol

Unostentatious Comporta is a State of Mind

As we move through the last official days of summer, my thoughts turn to the beach, or rather, the beach vacations I didn’t take this year.

I’m actually not much of a beach person. Or to be more specific, lying on a beach and a swim among the waves isn’t so much my thing as simply the notion of just being near the water.  I think of some of my favourite coastal spots in the countries I plan trips in, such as Cala Deià in Mallorca or Oualidia in Morocco, where the actual “beach” is not the draw, but more broadly the coastal living. For me, that beach-not-a-beach destination in Portugal is Comporta, the antidote to the overwrought metaphors of beach tourism.

There’s plenty written about Comporta on the web that gushes along the lines of, “The Portuguese Hamptons” (that’s a stretch) or “the secret hideaway no one wants you to know about” (too late, the secret has been out for a while now). This banal brochure-speak actually does Comporta injustice. Comporta isn’t the alternative to the Algarve and it’s not the “new Ibiza”. Comporta is Comporta, and long may she stay that way.

Comporta is a small town but also refers to a collection of surrounding villages, namely Grandola, Carvalhal, Torre and Carrasqueira, among others. It’s upscale and low-key. Some cynically refer to Comporta as “where the rich go to live like they’re poor”. It retains  strong fishing traditions from the nearby Sado Estuary and Nature Reserve, and agriculture is still a dominant feature, with rice fields dotted everywhere, planted by the Moors over a millennia ago. An architect’s dream destination, it has attracted big names while jealously guarding the local vernacular:  fisherman’s clapboard-n-thatch style houses with Scandinavian influences, where minimalism and use of native materials dominate, all set among miles of sand dune scrub and umbrella pines. Some private houses (occasionally available for rent) cleverly hide world class interiors: French designers Louboutin, Starck, and Grange all have a pied-à-terre here.

What is amazing is the A-listers and sun seekers who’ve been frequenting the area in the last decade or so have not brought with them the larger forces of change that tend to degrade special destinations such as Comporta.  No ostentatious resorts (yet), no tall buildings, and minimal infrastructure.  Just the occasional thatched roof cabana here and there, some roadside and beachfront family restaurants, two excellent hotels, and a couple of shops and boutiques in the village of Comporta itself, for the incurable consumer. That’s it.

Comporta is a place that has unconsciously come up with its own defining style without ever really recognizing that it is a style – it’s the harmonious coming together of world class design meeting lush agricultural land, pine trees, sand dunes, and windy beaches that rarely feel full.  And so far visitors play by the unspoken rules: an easy-going destination for couples or families. No discotheques, no banana-boat tours or drinking cruises. All you partiers out there, you can firmly cross Comporta off your list.

The idyllic, laid-back and low-key vibe that has attracted stars, designers, and the general Portuguese elite may be under threat in the coming years as major land deals have been closed in the area the past year or so and plans drawn up for “touristic villages”, golf courses, and a few more fancy hotels.  I’m not saying that these are strictly negative developments, nor do I know whether Covid19 and the looming economic downturn have pulled brakes on these projects. But how they would impact the languorous air of the place remains to be seen.

For now, Comporta remains largely rural and I’m keeping my Comporta state of mind, looking forward to going back with a full schedule of doing nothing among those windy pines, seaside seafood lunches and beach walks.  That’s the real pull of Comporta: the luxury of simplicity stripped of the usual poisons of coastal destinations; where natural elements are still at play and where within a stone’s throw you have miles of sandy dune-backed beaches, bottle-nose dolphins swimming in the nearby Sado Estuary, fishermen mending their nets among the pole-stilted shacks of Carrasqueira, the fresh fish that practically jumps off of your plate and jade coloured rice-fields hosting transformative sunsets, more evocative of South East Asia than south-central Portugal.

Reach out to Sebastian here to discuss what’s on offer in Comporta beyond the beautiful fa niente.

I'm keeping my Comporta state of mind, looking forward to going back with a full schedule of doing nothing among those windy pines, seaside seafood lunches and beach walks. 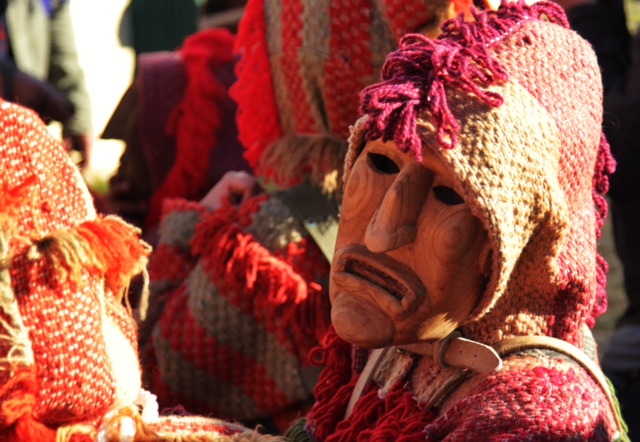