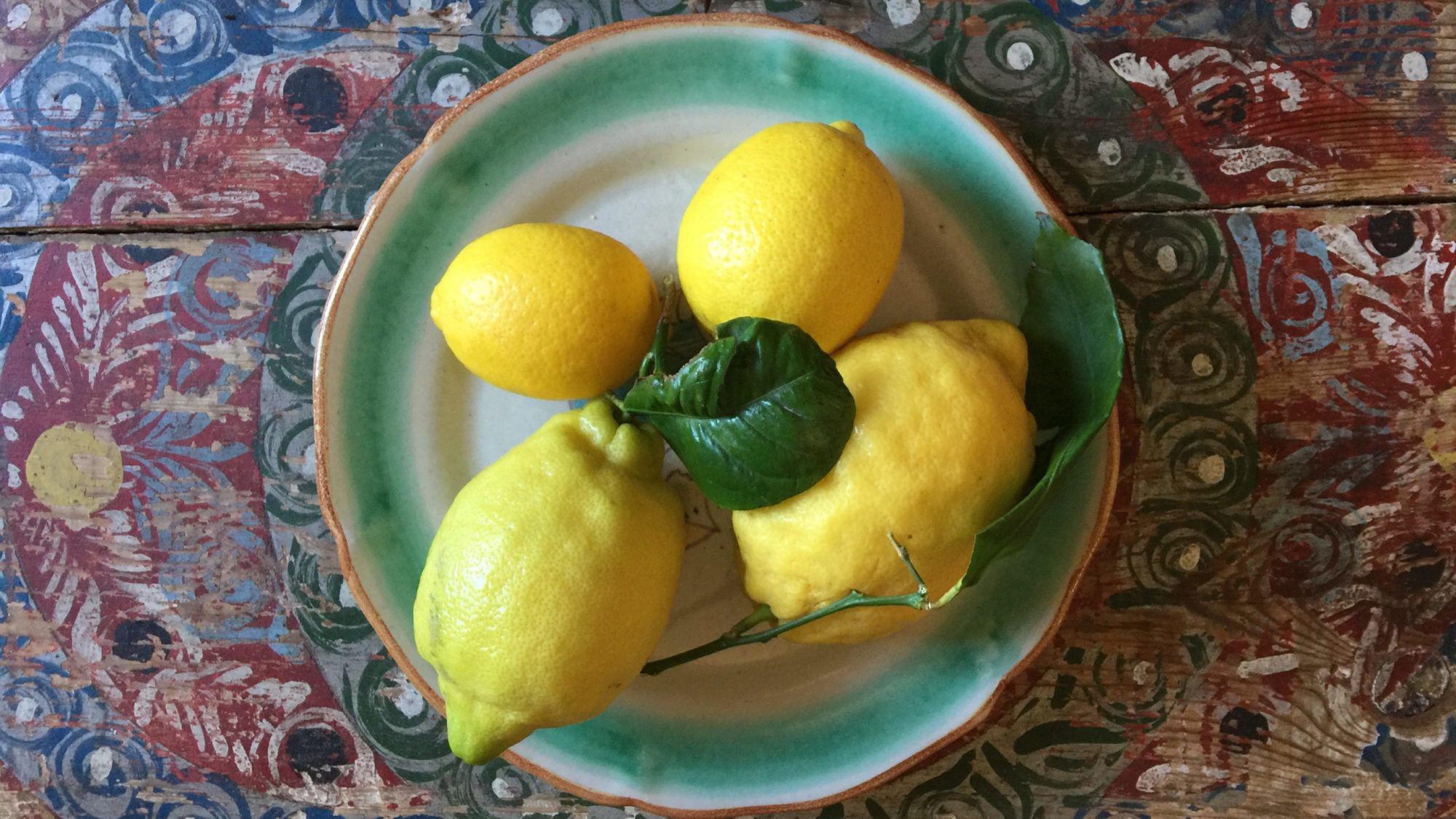 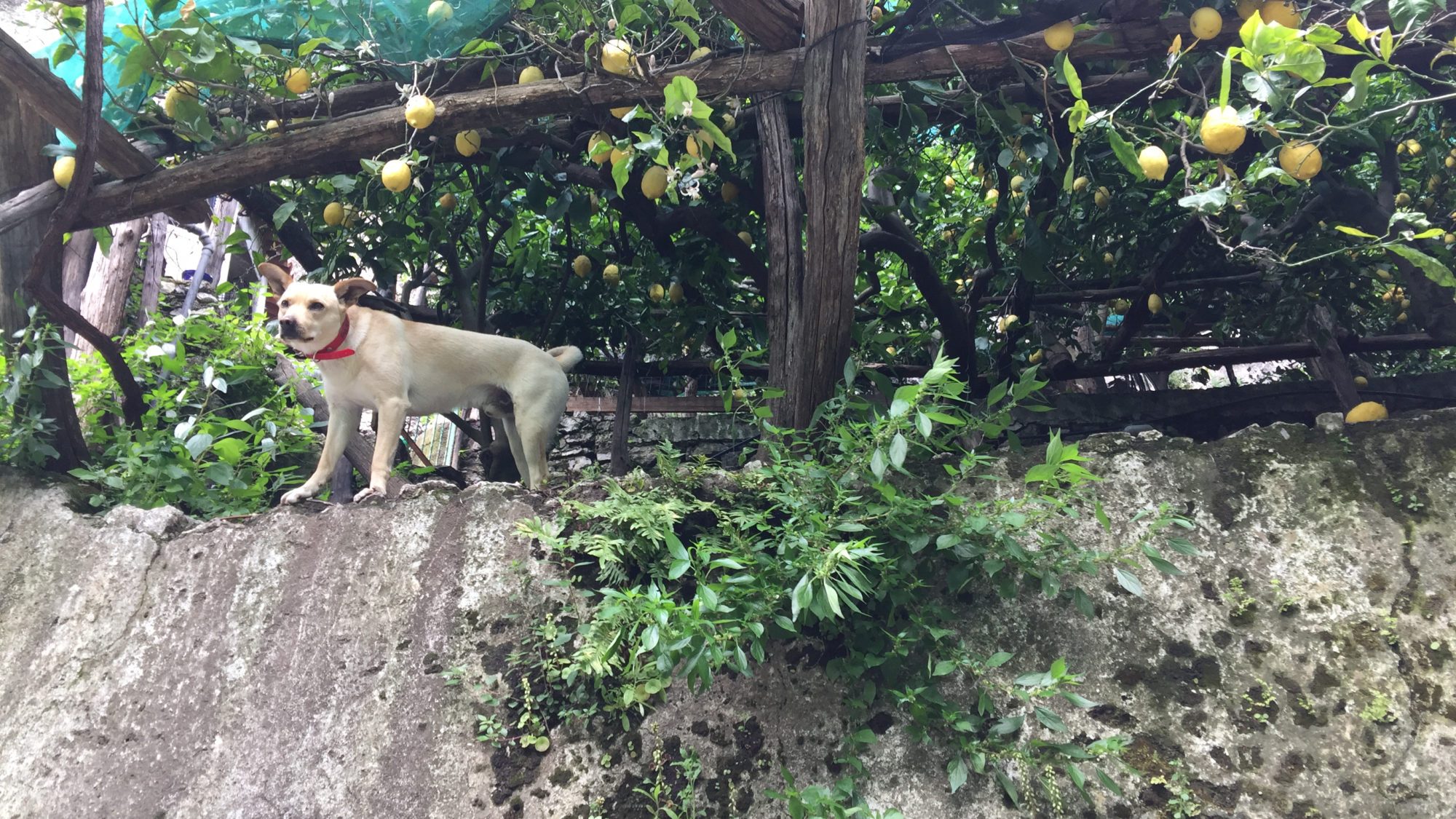 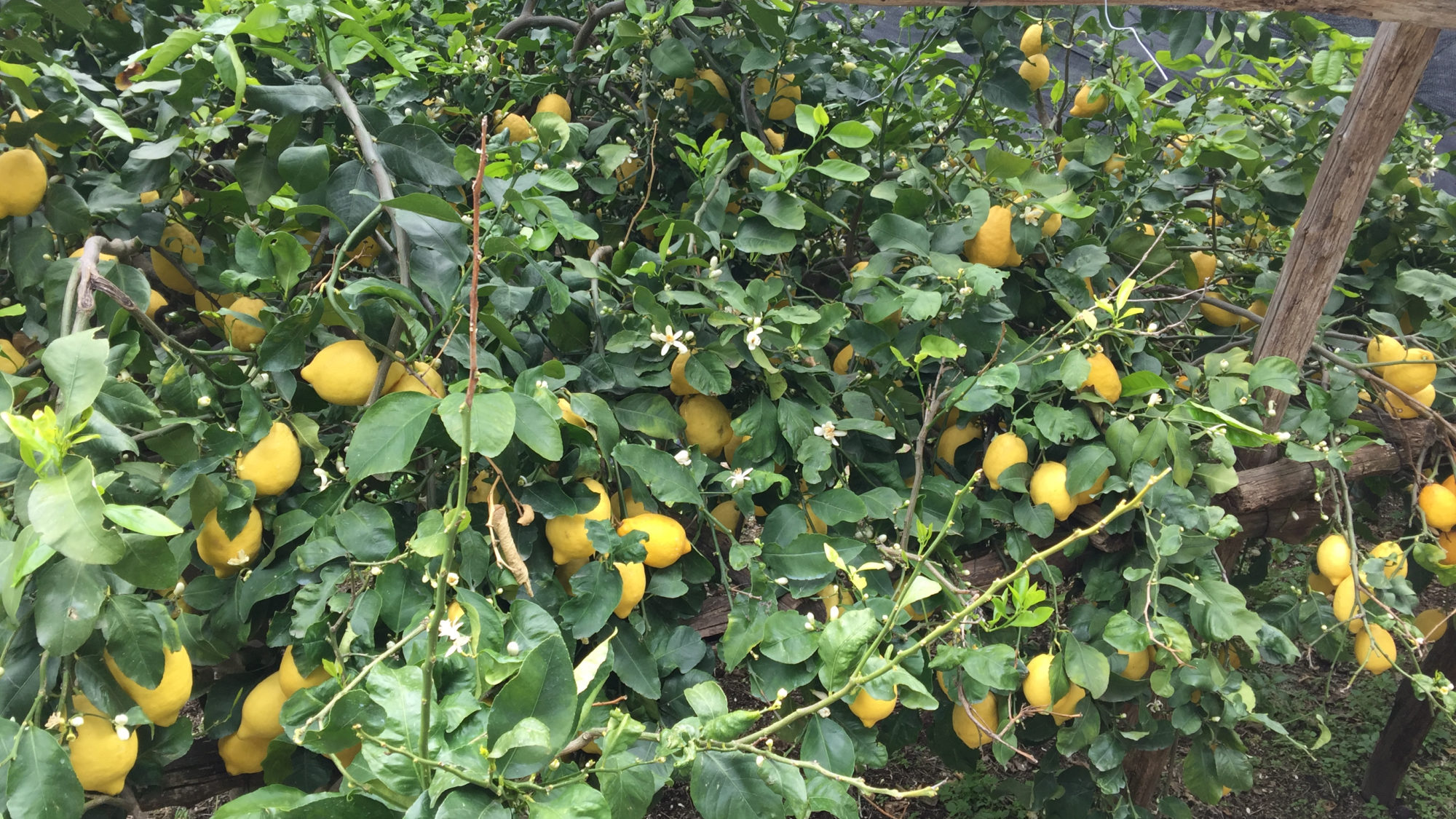 A sea of lemons in the Amalfi Coast
Photographer: Luisa Grigoletto 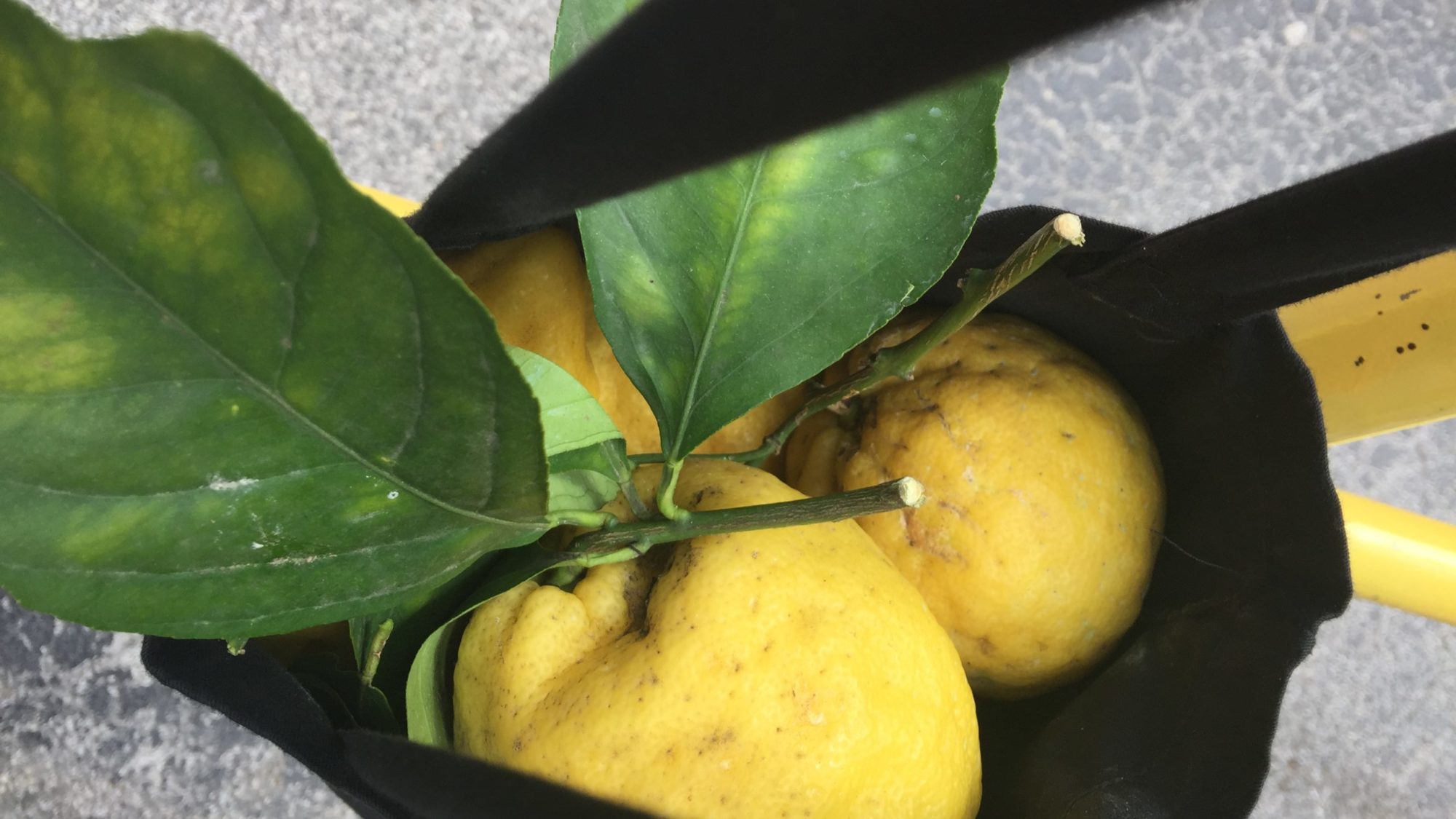 Leaving the Amalfi Coast with a bag full of gold
Photographer: Luisa Grigoletto 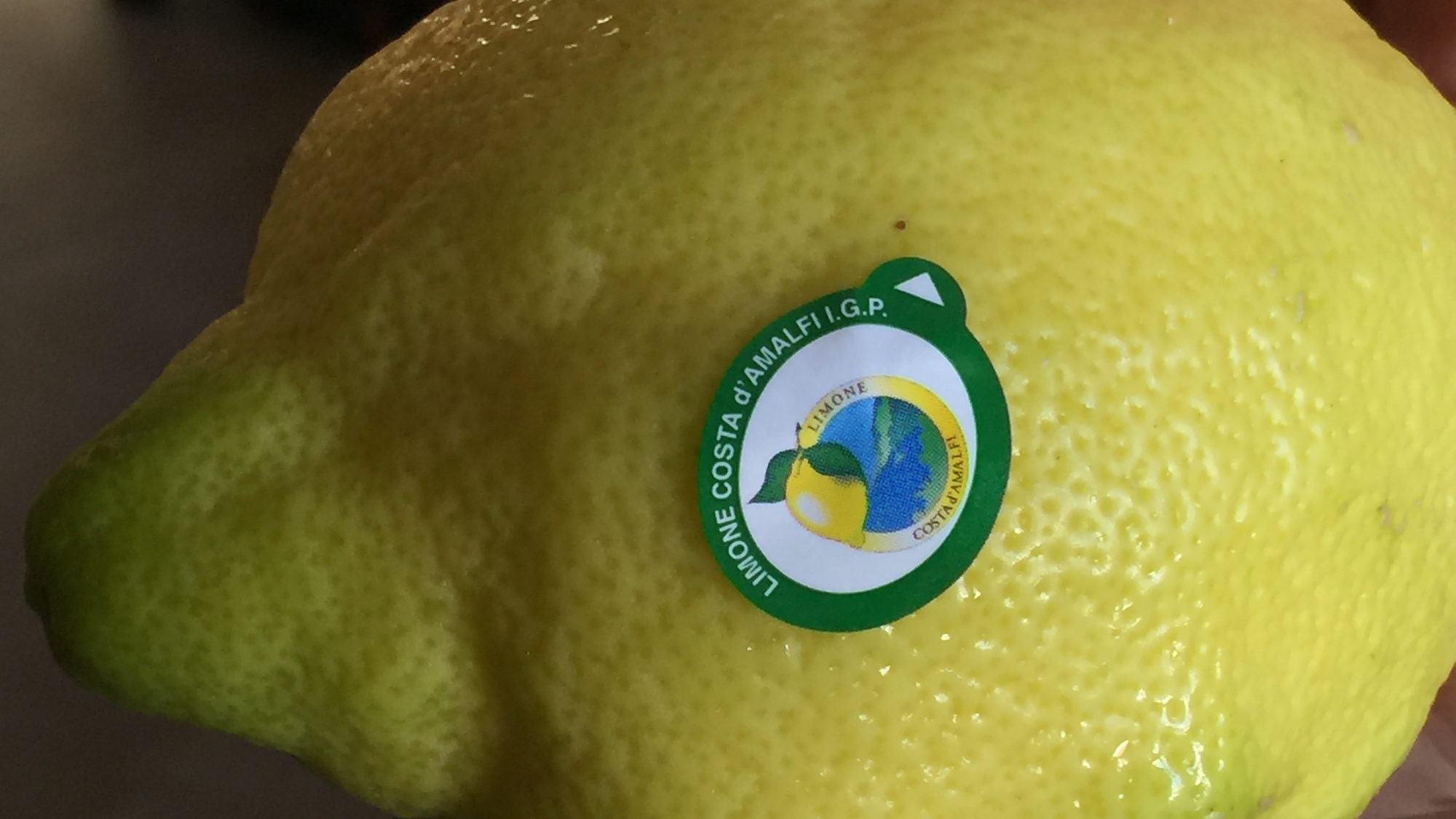 A lemon in a lemon certifies this is the best lemon in the whole Amalfi Coast
Photographer: Luisa Grigoletto 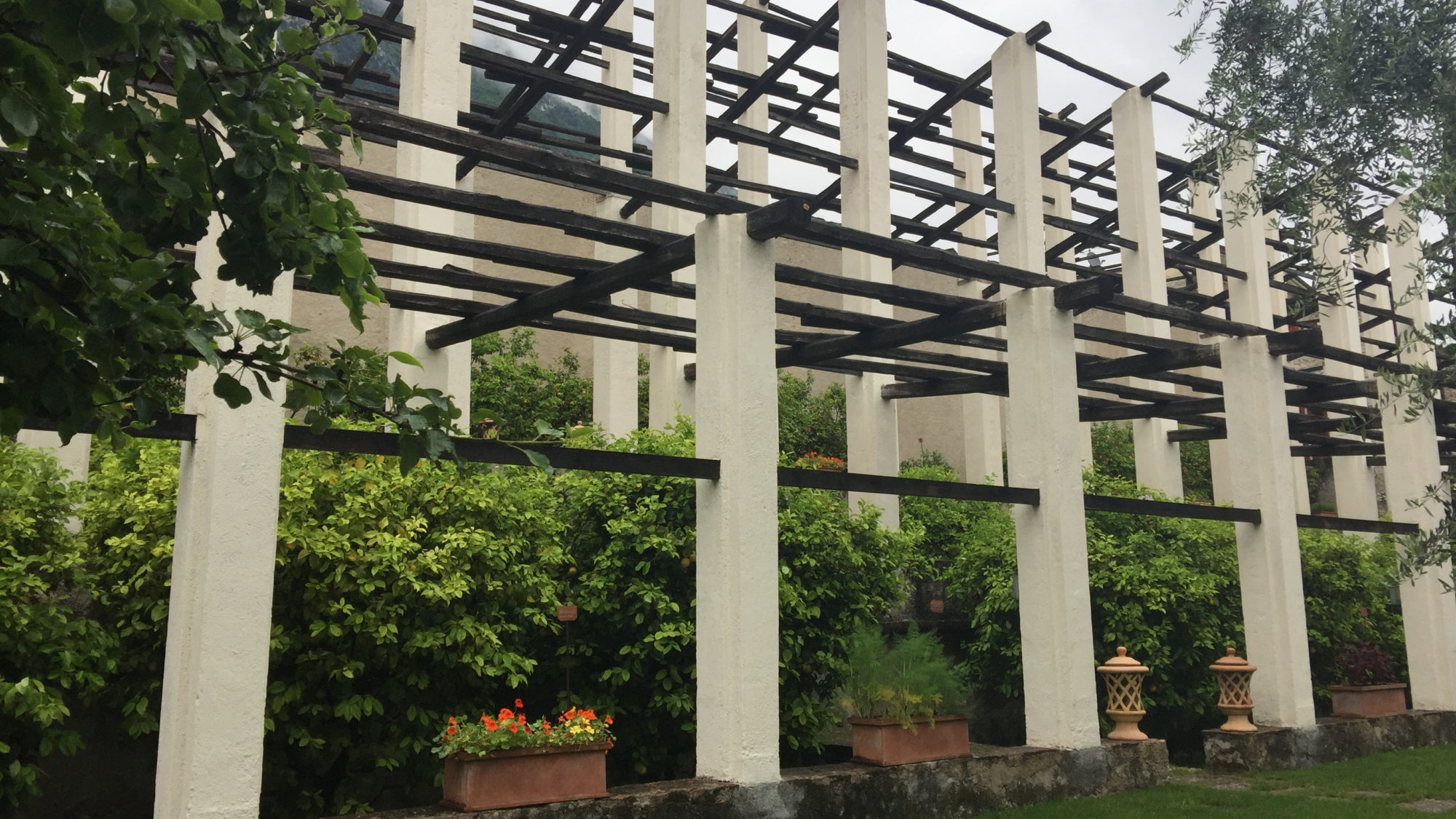 A house without walls for lemon trees on the shores of Lake Garda
Photographer: Luisa Grigoletto 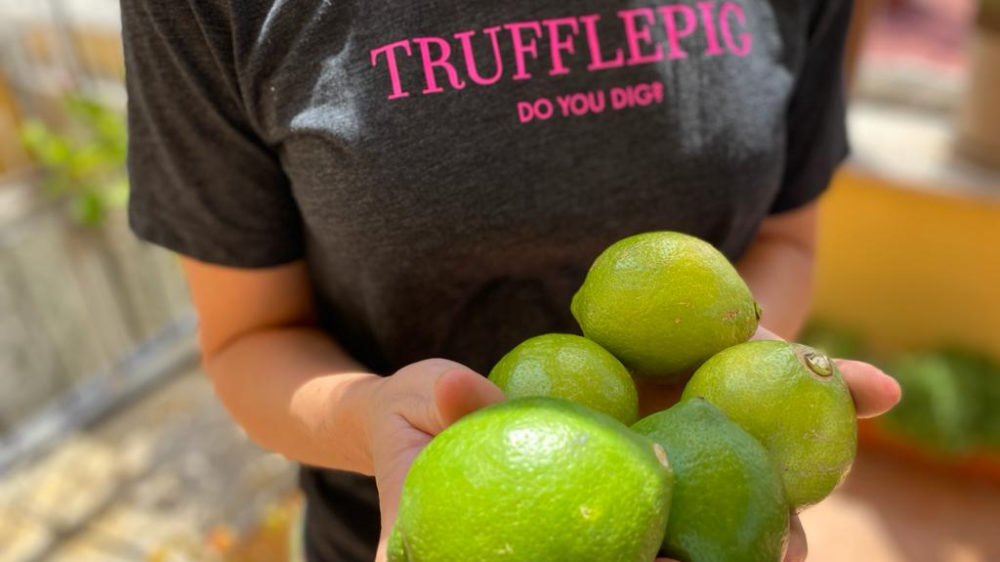 Green lemons can be delicious -- these 'verdello' variety from Sicily are juicy and quite sweet
Photographer: Luisa Grigoletto 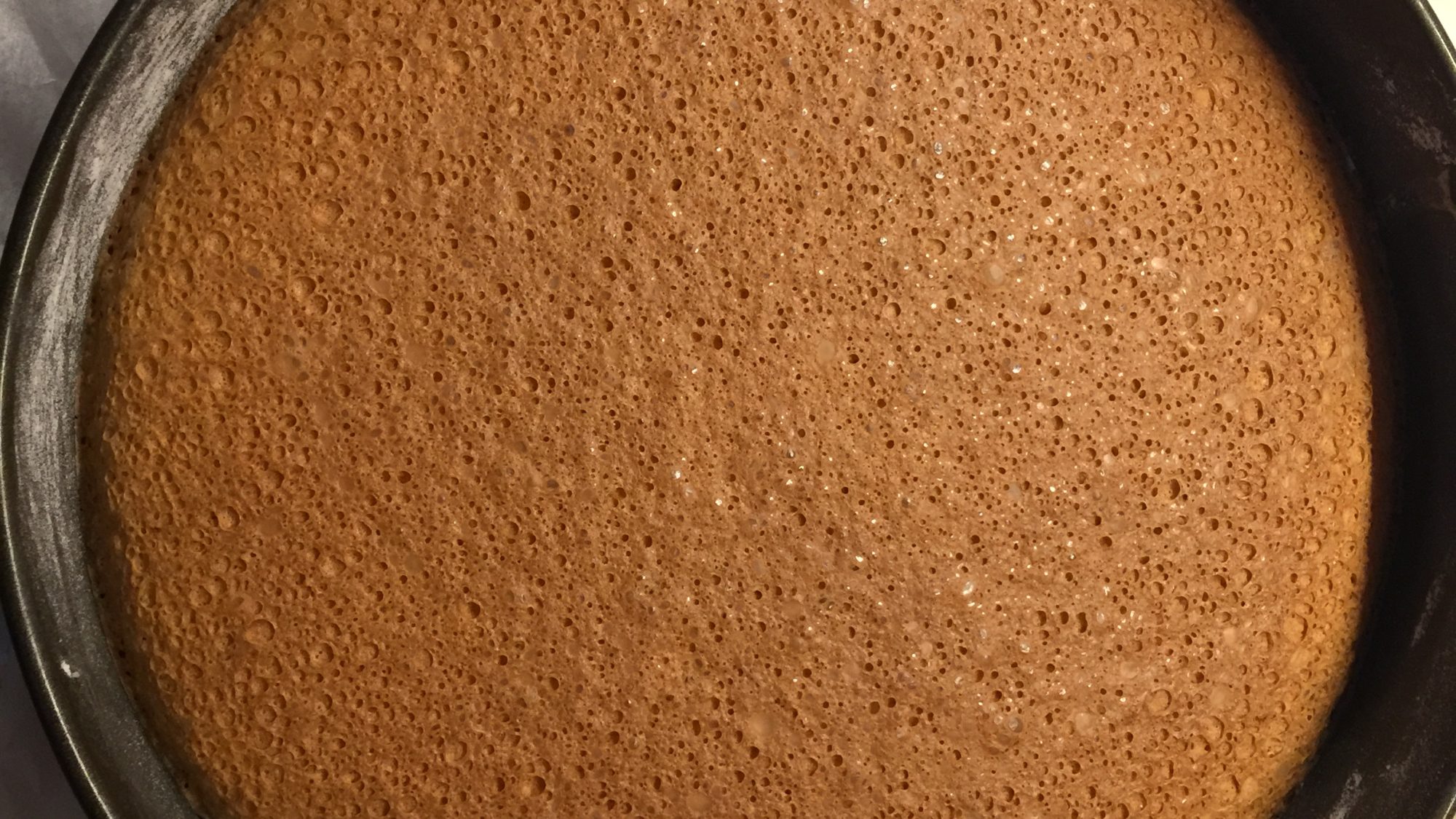 This lemon caprese was so good that there is no further photographic evidence of its existence after this stage
Photographer: Luisa Grigoletto

Italy’s food culture is a constellation of countless regional specialties, so place-peculiar that dishes can vary significantly in the span of just a few hundred meters. Such is the case of some mountain valleys, for instance, where the natural landscape has helped keep the local from spreading further. But one aspect that unites all these regional traditions is the unshakable belief that their own typical dishes are the best in the whole world. I am convinced that, in many cases, this attitude is what has been preserving them through the years and allows us to savour them to this day.

In this flurry of pride and flavours, there are some recurring ingredients that are pretty ubiquitous, no matter the latitude. Beyond the more obvious ones, such as extra virgin olive oil and pasta, one that truly ties together the steep mountains of the north with the coastal landscapes of the south is the country’s unconditioned love of citrus, in every shape and form. Helena Attlee’s book, aptly titled The Land Where Lemons Grow, chronicles the affair in quite precise terms, from the citrus’ origins in Asia, its uncertain travel westward and its spread through the peninsula from the 1st century AD, thanks to curiosity, military invasions and trade.

Italy fully embraced citruses from early on, both as a delicacy within the local flavour palette, and as a funky ornamental tree: take, for instance, the Medici’s so-called ‘bizzarria’, a globular Frankenstein of a fruit, obtained by grafting together three different specimens — part citron, part sour orange, and part lemon. And citruses, in return, have shaped the history of the Italian boot and its taste buds. Everywhere they went, they found a way to infiltrate the local customs and comfortably adapt to the mild microclimate, from Sicily all the way to Liguria and even further north. Entire family fortunes were built on these zesty fruits, while others were squandered. Feuds and rivalries sometimes required that orchards be guarded by armed men. Citrus also literally saved lives, as sailors used it as an affordable, easy-to-transport anti-scurvy remedy.

The tales of citrus also link distant regions culturally and geographically. Take the fragrant bergamot, the green gold, which appeared for the first time in Calabria, the Southern region at the tip of the Italian boot, in the seventeenth century and has since planted roots so deep that this is the only place in the country where it thrives. Its concentrated and precious essential oils tie together the southern coastal areas with the far north, thanks to a man called Giovanni Maria Farina. Born in Piedmont to a family of distillers, he moved to Germany at age 23, and invented a bergamot-based perfume. He named it ‘Eau de Cologne’ after the city that welcomed him. He described it as ‘the scent of a spring morning in Italy, of mountain narcissus and orange blossom just after the rain’ (and incidentally it is still made following the same recipe).

Rain or shine, the entrancing smell of the citrus blossom indeed encapsulates the essence of Italy. During the recent lockdown in Italy, in March and April, the lemon trees on my terrace have bloomed generously. Like madeleines, the lush flowers, called zagare in Italian, have brought to mind little mementos of past trips: driving through tangerine and orange orchards from Caltagirone to Catania in Sicily, escaping the crowds in Amalfi by hiking up the Ferriere Valley through verdant lemon groves, or marvelling at the unique architecture of the lemon houses in Lake Garda (at least one of which has been converted into a beautiful cottage by the shores). Traveling often means bringing something home. Usually it’s memories and a different understanding of the complexity of the world. But I took it quite literally when I came home from the Amalfi Coast with a massive bag of ‘sfusato’ lemons, a protected local variety that’s just what you need to make limoncello — and limoncello I made. Plenty of it. And then a lemon and white-chocolate caprese cake, a contemporary spin on the more classic dark chocolate version, devised by pastry chef Salvatore de Riso: it’s an ode to the citrus, packed as it is with fresh and candied lemon zest. Experimenting with new recipes, trying to recreate a flavour you’ve recently tasted, is also a wonderful after-effect of great travel, and a testament to the transformative power of food.

Just like human beings, for centuries, citruses have traveled and mingled. As masters of hybridization, they’re adaptable and creative. Their chameleon nature is such that they perfectly pair both with the sweet and the savoury. While the recipes may be local, the fruit themselves remain quite cosmopolitan.

When life gives you lemons, make lemonade, the saying goes. But Luisa is wondering why stop there, with all the oranges, citrons, grapefruit, and the whole citrus family at the ready? Email her for her caprese recipe here.

Experimenting with new recipes, trying to recreate a flavour you’ve recently tasted, is also a wonderful after-effect of great travel, and a testament to the transformative power of food.