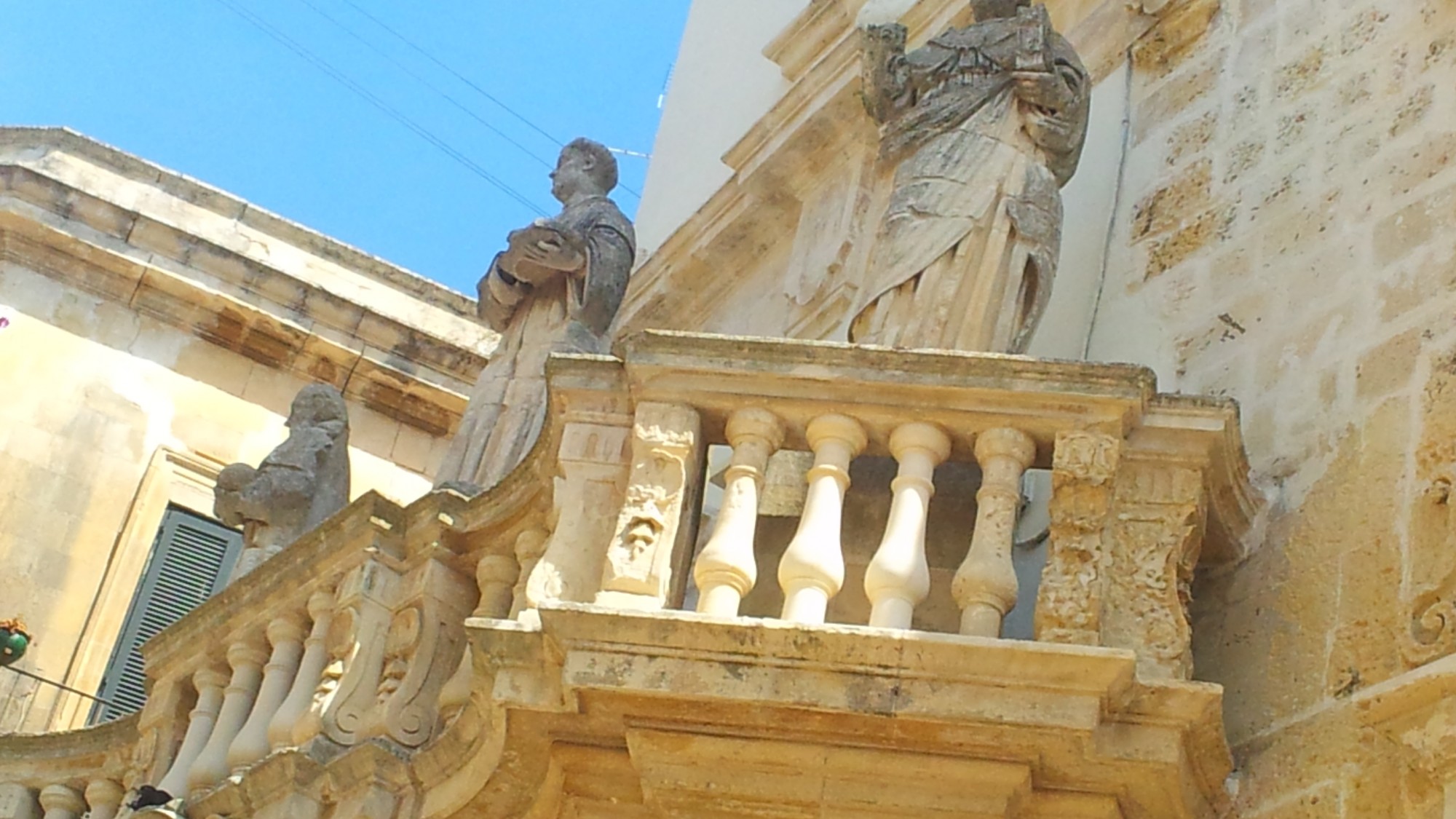 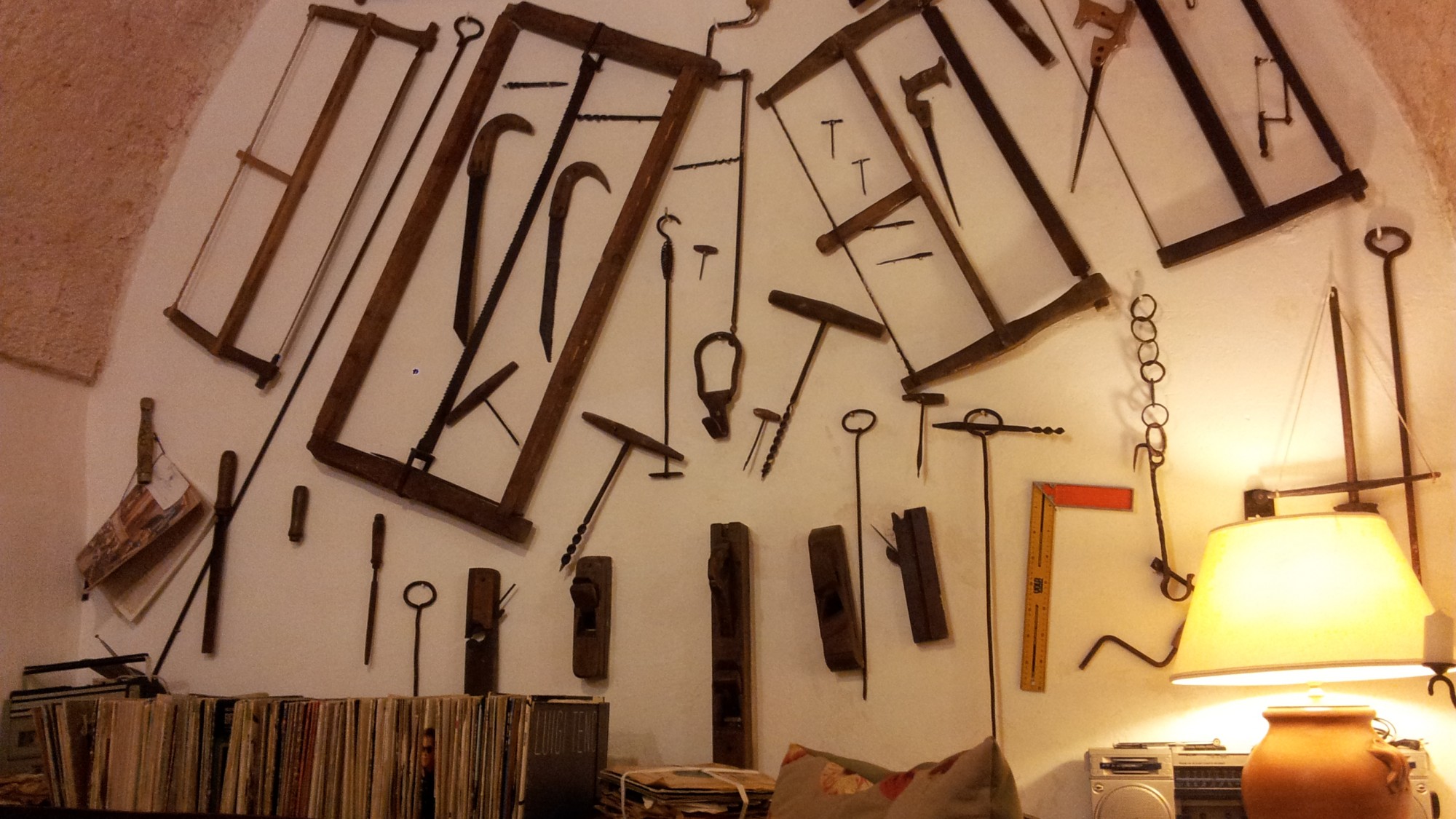 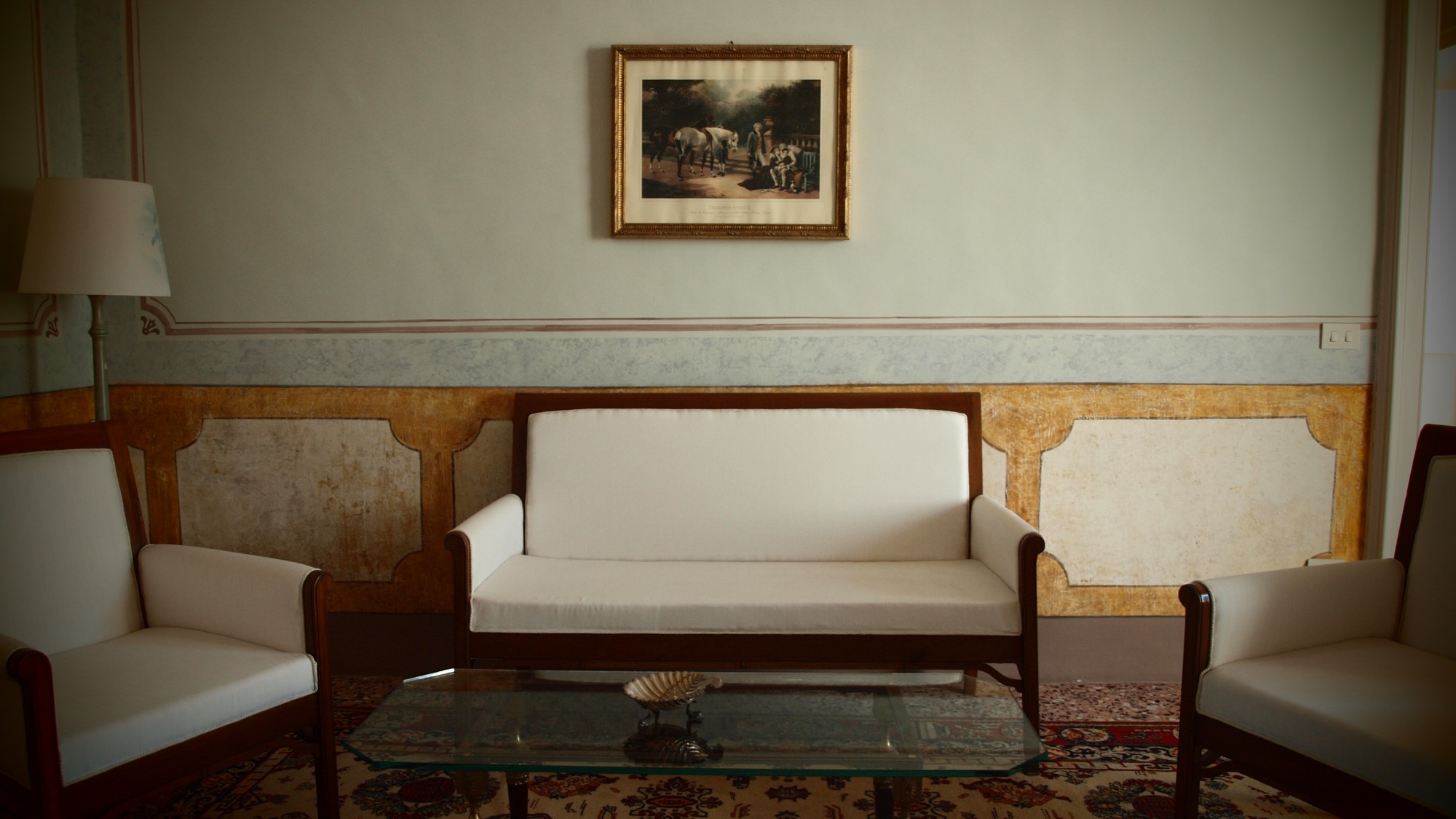 Inside the palace walls at Palazzo Guglielmo
Photography: Anna Templeton 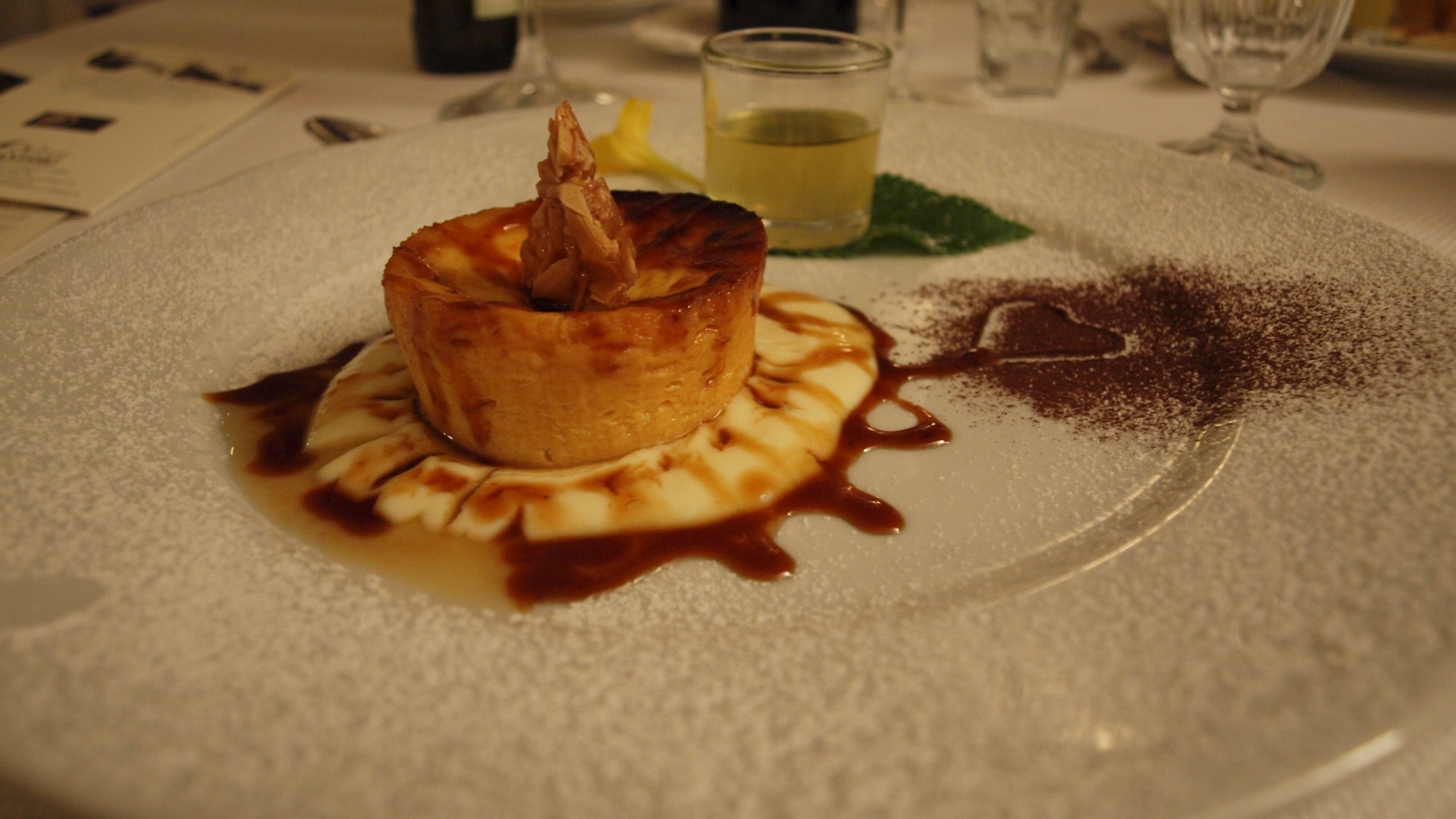 It's the little touches that count
Photography: Anna Templeton 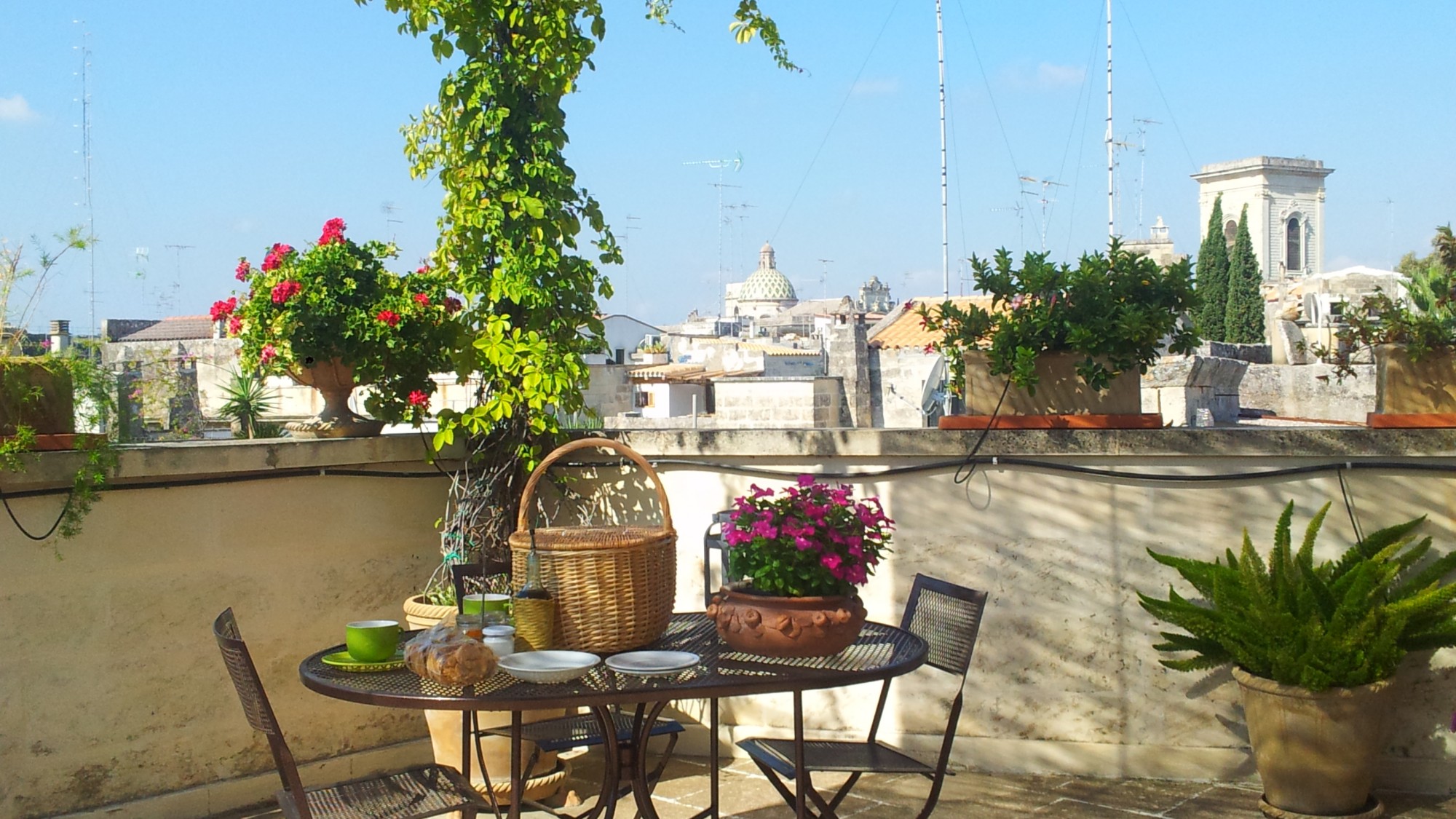 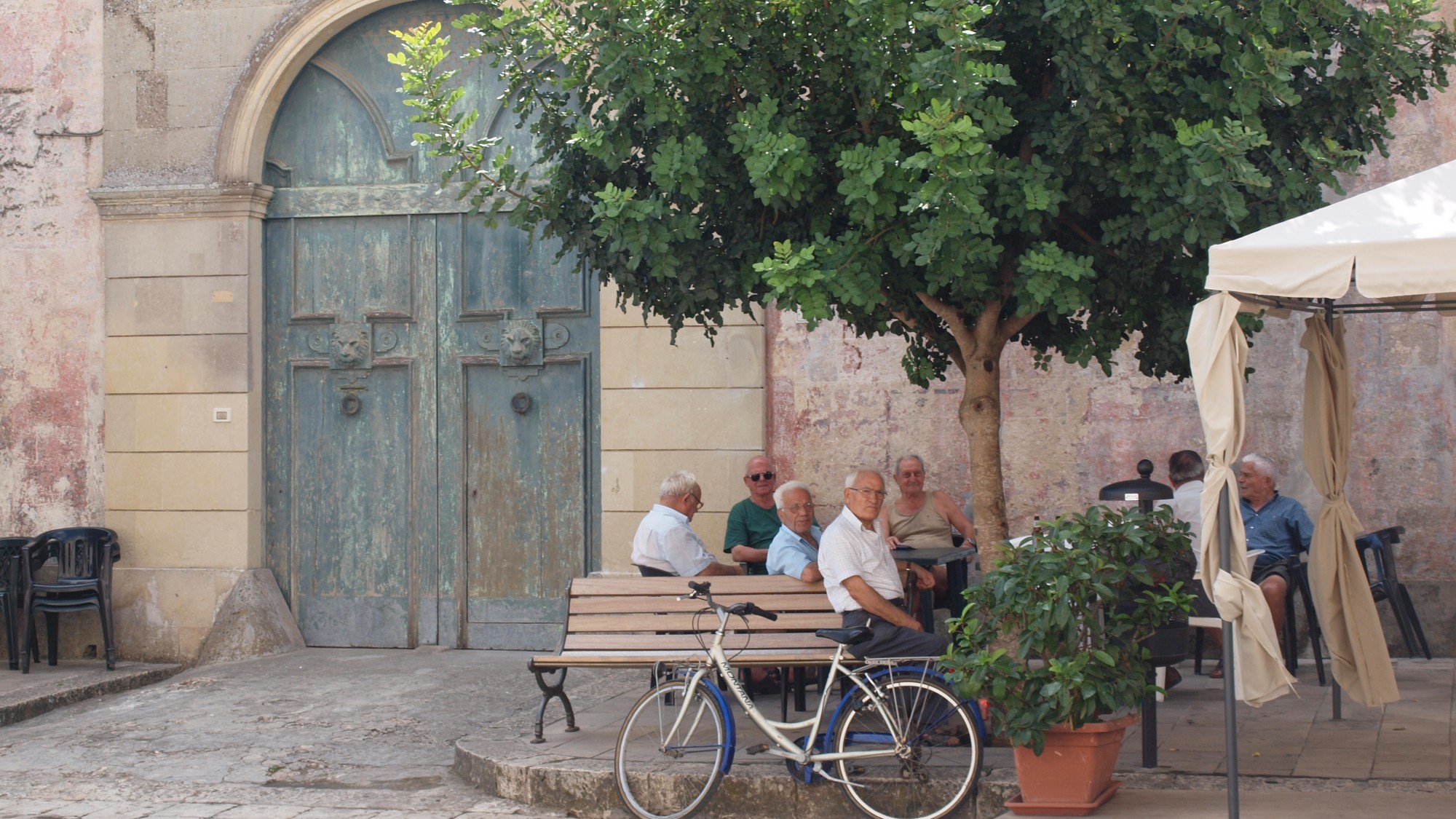 Right in the heel of Italy, sandwiched between the crystal clear waters of the Adriatic and Ionian seas, lies the understated and laid-back Puglia. This southern province offers fortified farms with home grown feasts, romantic harbours with a sunset backdrop, and an unrivalled diversity of architecture.

Always keen to stay away from the well-trodden path, I opted to explore Puglia’s lesser-known masserias. Masserias are unique to Puglia and are essentially fortified farms. Everything bar the odd ancient olive tree was reared, cultivated, fed and lived inside the walls. Many have been left to decay, their size too overwhelming for any sensible investor to even consider. But a lucky few have been lovingly adopted and converted into beautiful boutique hotels, often combined with working farms. They offer stunning accommodation that stylishly blends modern luxury with historic touches nodding back to their fascinating past.

Our first stop was Masseria Montelauro. Through the large iron gates, you enter a peaceful jasmine-scented haven. Clean white lines are coloured with Mediterranean blue shutters and combined with Moroccan touches. The large pool is ideal for lengths or simply cooling off, and when the searing sun gets too much you can relax on one of the many day beds dotted around the garden and shaded by ancient olive and fig trees. Masseria Montelauro has the benefit of being minutes from some of the most stunning beaches in the Salento region. Bahia de Turqi is a highlight, and is one of several coves reached through a shady pine forest. The water is a turquoise blue, the beach golden and the flat rocks that jut out into the sea are perfect for diving off and sand free sunbathing.

The heat of the first week of September meant we kept our journey coast side, taking refuge at Palazzo Guglielmo; not officially a Masseria, but still fortified and still magnificently impressive. Set in the tiny but perfectly formed Vignacastrisi, Palazzo Guglielmo looks relatively unassuming from the outside, but the wide courtyard is lined with what were once vaulted store rooms and stables, and are now large, airy bedrooms. Help yourself to the honesty bar whilst relaxing on one of the terraces, or go for a bike ride around the local villages and watch the men gather in the square for an evening game of cards. If you don’t fancy venturing out, the hotel’s homemade four-course supper is a treat.

Moving northwards we headed next to the Itria Valley. This spectacular landscape is teeming with trulli (traditional Apulian stone huts with a conical roof), white washed hilltop villages and recently, a surprisingly large number of five star Masserias. Keeping to our ‘lesser-known’ brief, we opted for the understated Il Frantoio. Arriving at Il Frantoio feels like arriving at an eccentric aunt’s house. As the name might suggest, Frantoio is a working olive oil producer and before its current landlords bought it in the 80s, it was owned by the same family for 500 years. In tribute to them, the house is scattered with their old trinkets, photos and tools. However, the finest part of Il Frantoio is not its homely atmosphere, but its indulgent and spectacular eight-course meal. Cooked by the owner’s wife, it is made up of four antipasti dishes, all in season and all from ingredients grown on the farm, a pasta dish, (ours a ragu only an Italian could accomplish) and a main followed by a pudding that must have been sent from the gods. All courses are kept secret and change daily. They come with a delicious bottle of regional white and red wine, chosen carefully to bring out the flavours of each dish.

No trip to Puglia would be complete without a visit to the ‘Siena of the South’, Lecce. This immaculate city has baroque offerings around every corner and its sandstone streets are lined with trendy cocktail bars, interesting design shops, traditional Italian eateries and contemporary sushi bars. Failing miserably at finding a Masseria in central Lecce, we opted for the well located Roof Barocco Suite. What were once two houses have been tastefully converted into a grand B&B, with two apartments to rent. The renovation revealed a stunning 17th century tiled floor in pristine condition, now government protected, depicting images of merchants and tales of the past. Owner Elsabetta welcomes you with baked goods and a stunning array of homegrown produce from her family farm.

Puglia is perfect for people who want a less exploited Italy, but do not want to compromise on food, beaches or culture. And if you’re a boutique hotel lover, it’s a rite of passage to sniff out your own favourite masserias. No harm in reporting back about them, either.

Anna Templeton is considering fortifying her UK home, but suspects the new olive trees may not take to the rainy weather.