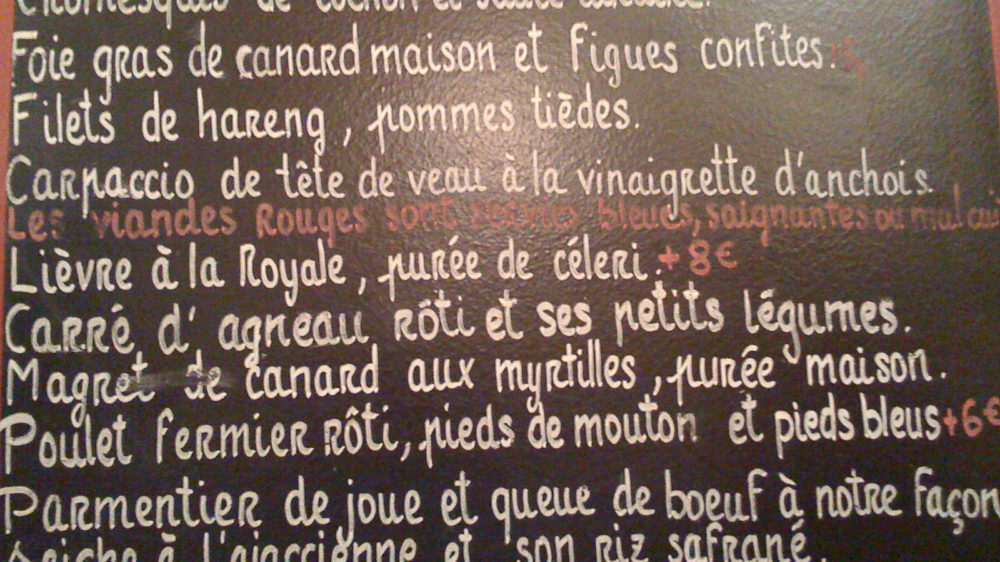 After 12 months with no restaurants, this is what I see when I close my eyes. Photo: Jack Dancy 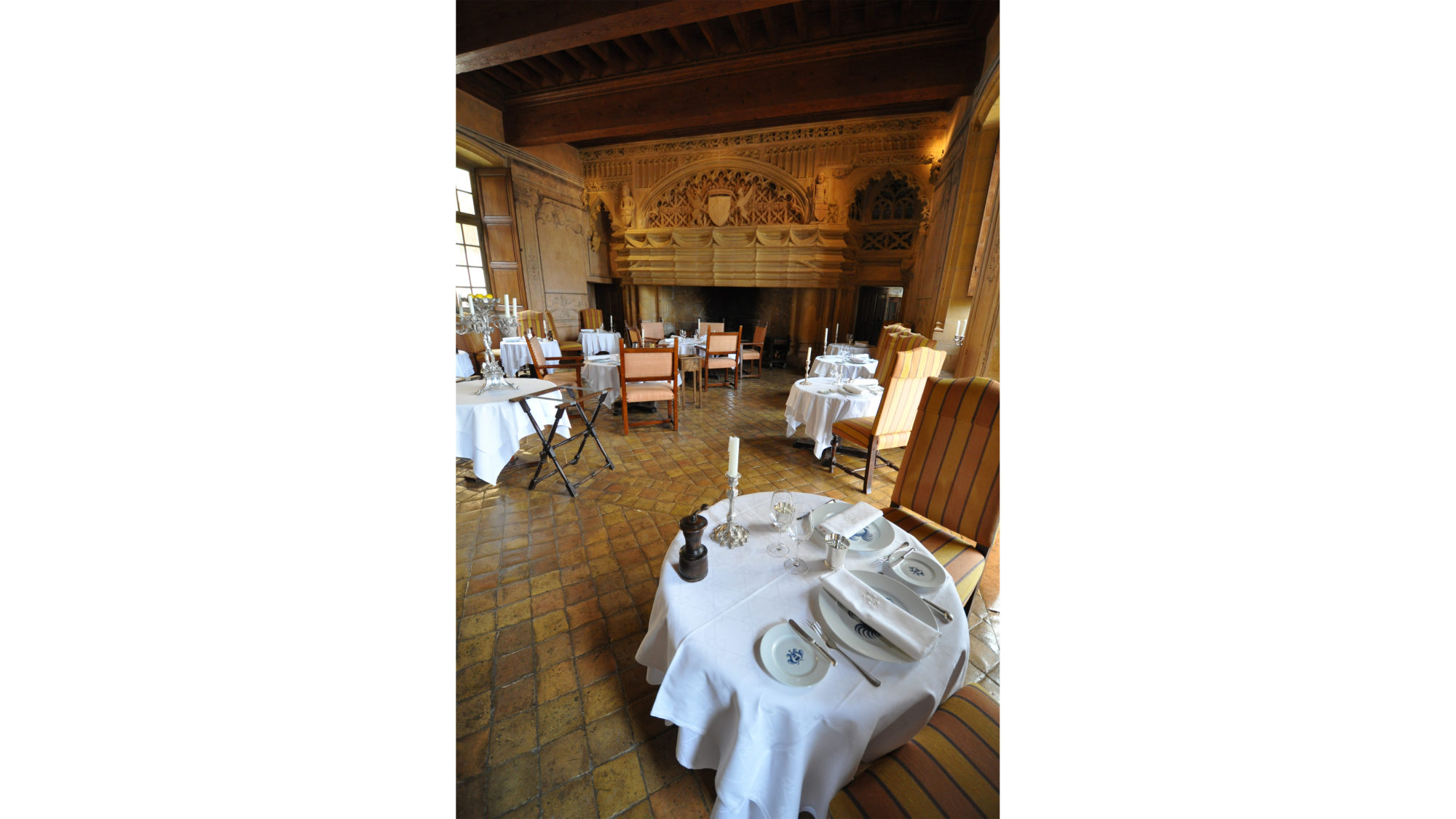 I like home-cooking as much as the next man... but I will admit to missing a little bit of the white tablecloth treatment these past few months. Photo: Jack Dancy 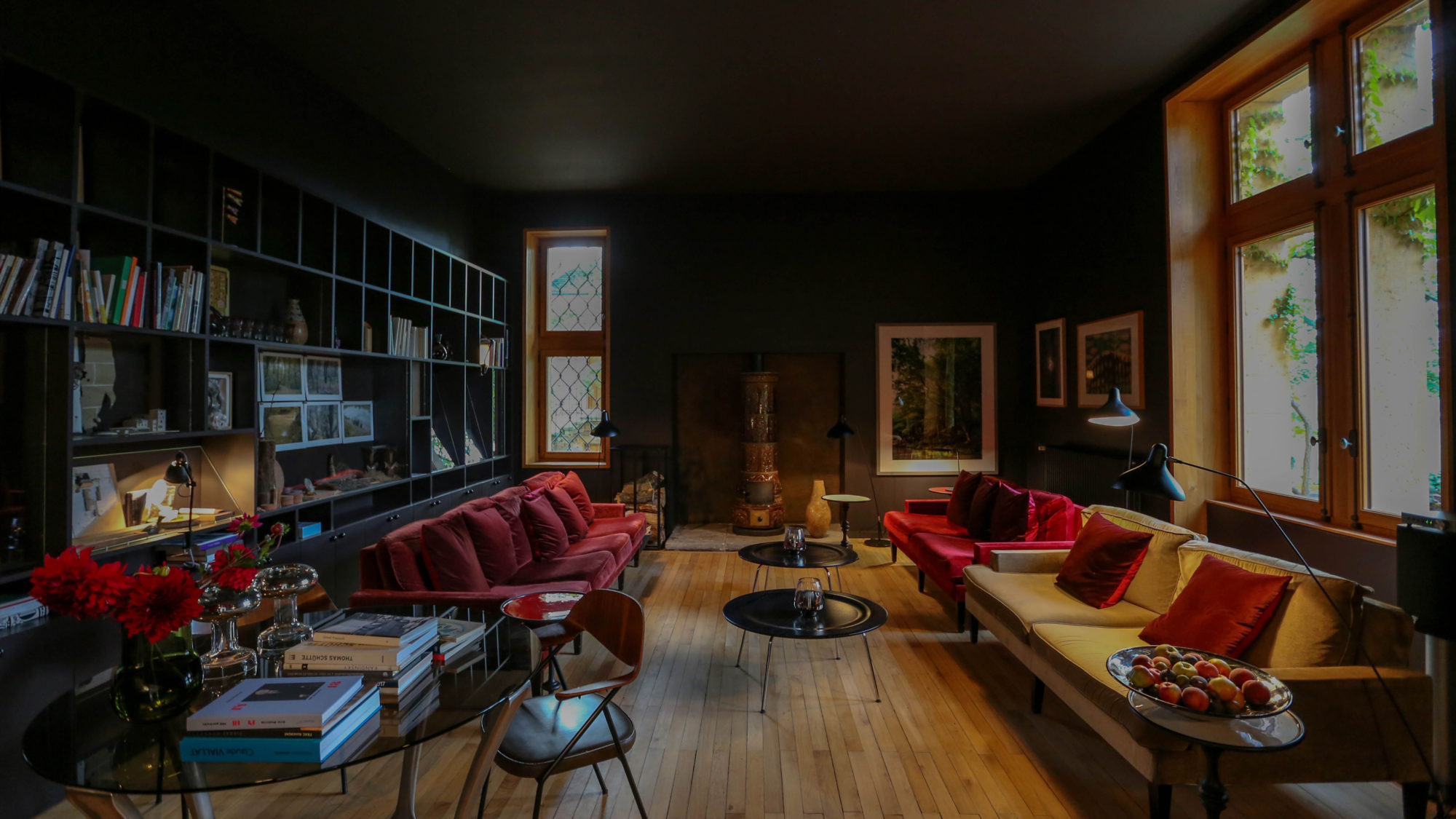 One of the many rooms in which to sink into post parandial bliss at the Maison Troisgros. Photo: Michael Eloy 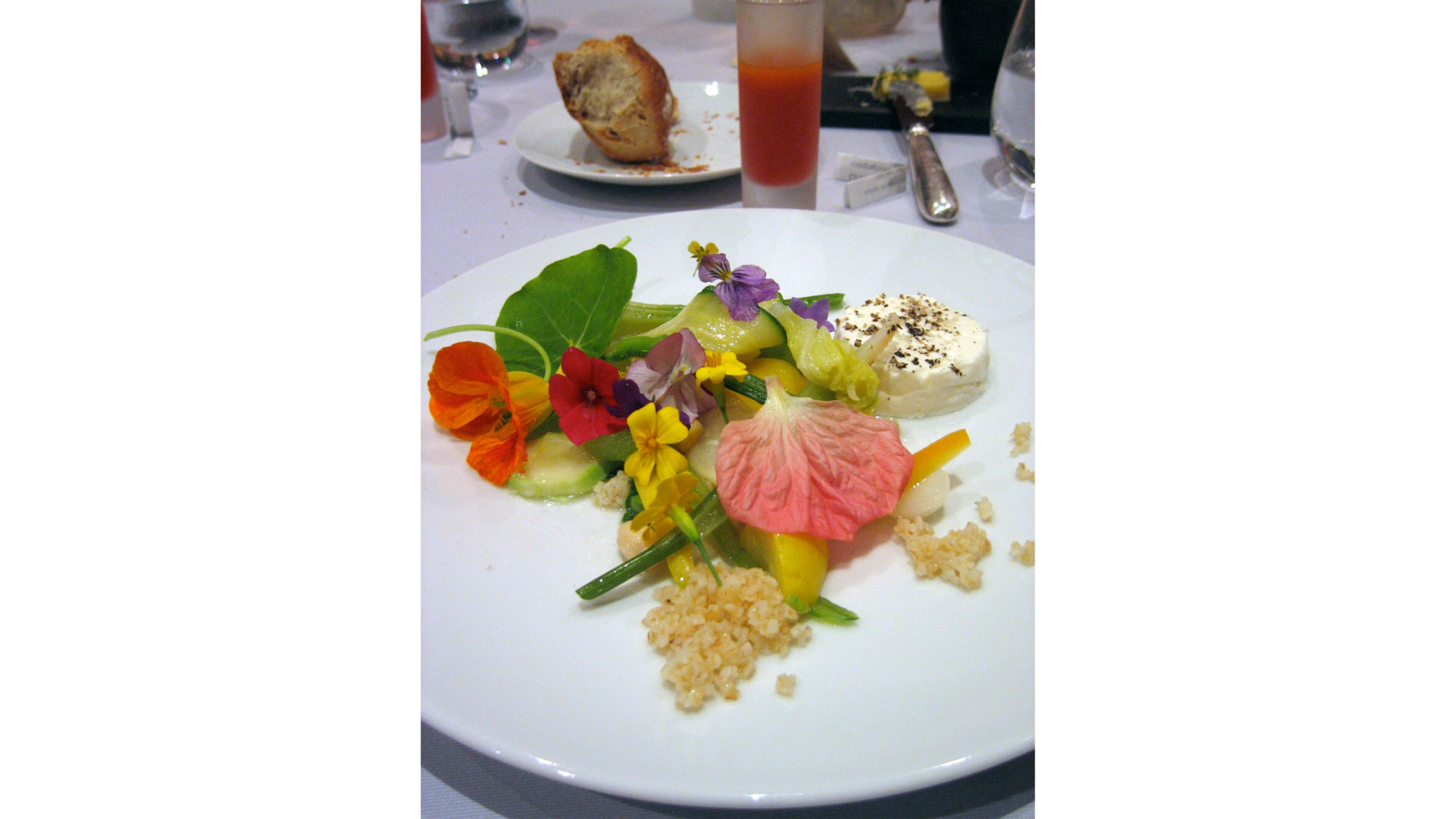 It won't all be gluttony. I'm happy to have a simple salad from time to time. Photo: Jack Dancy 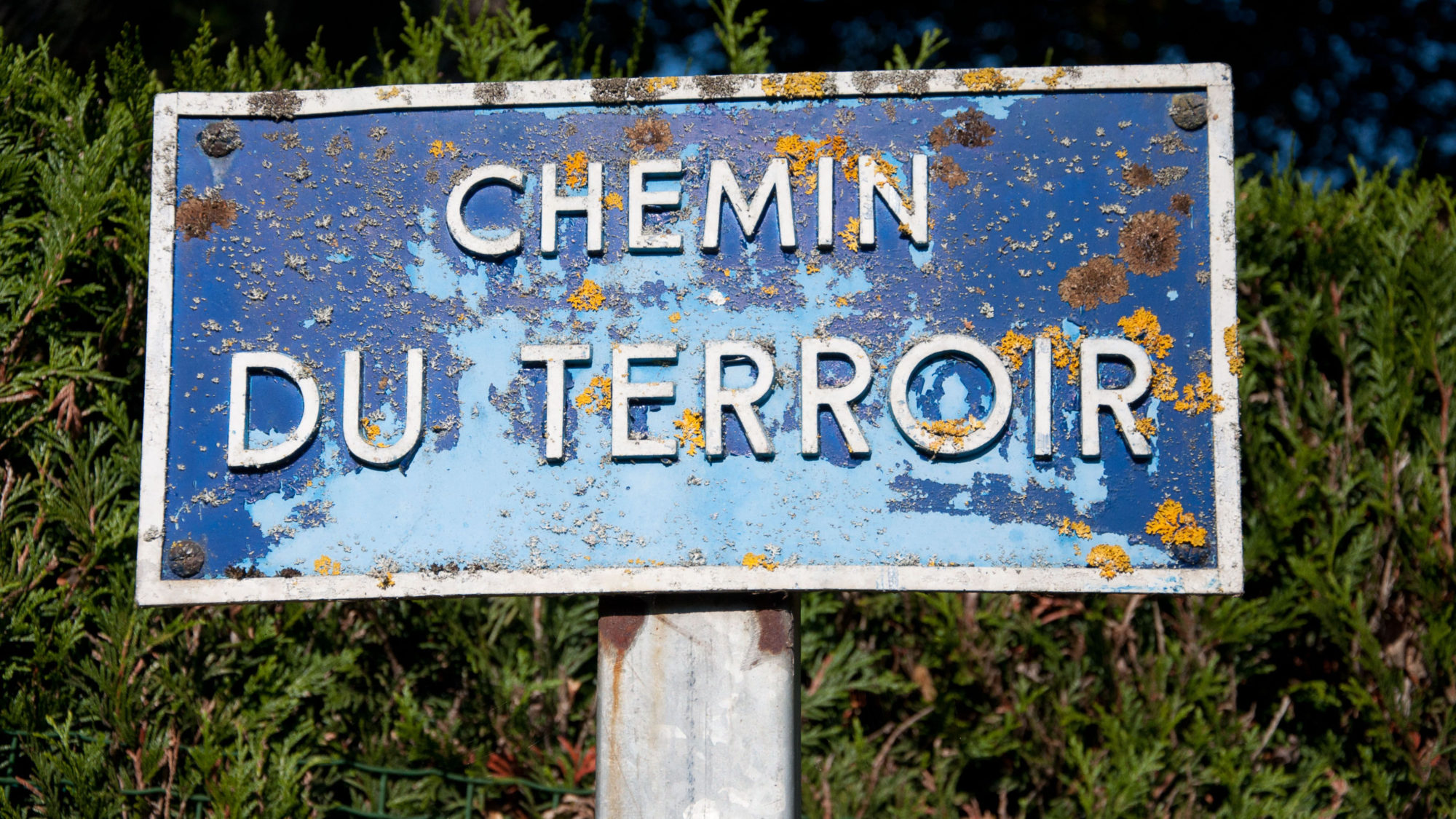 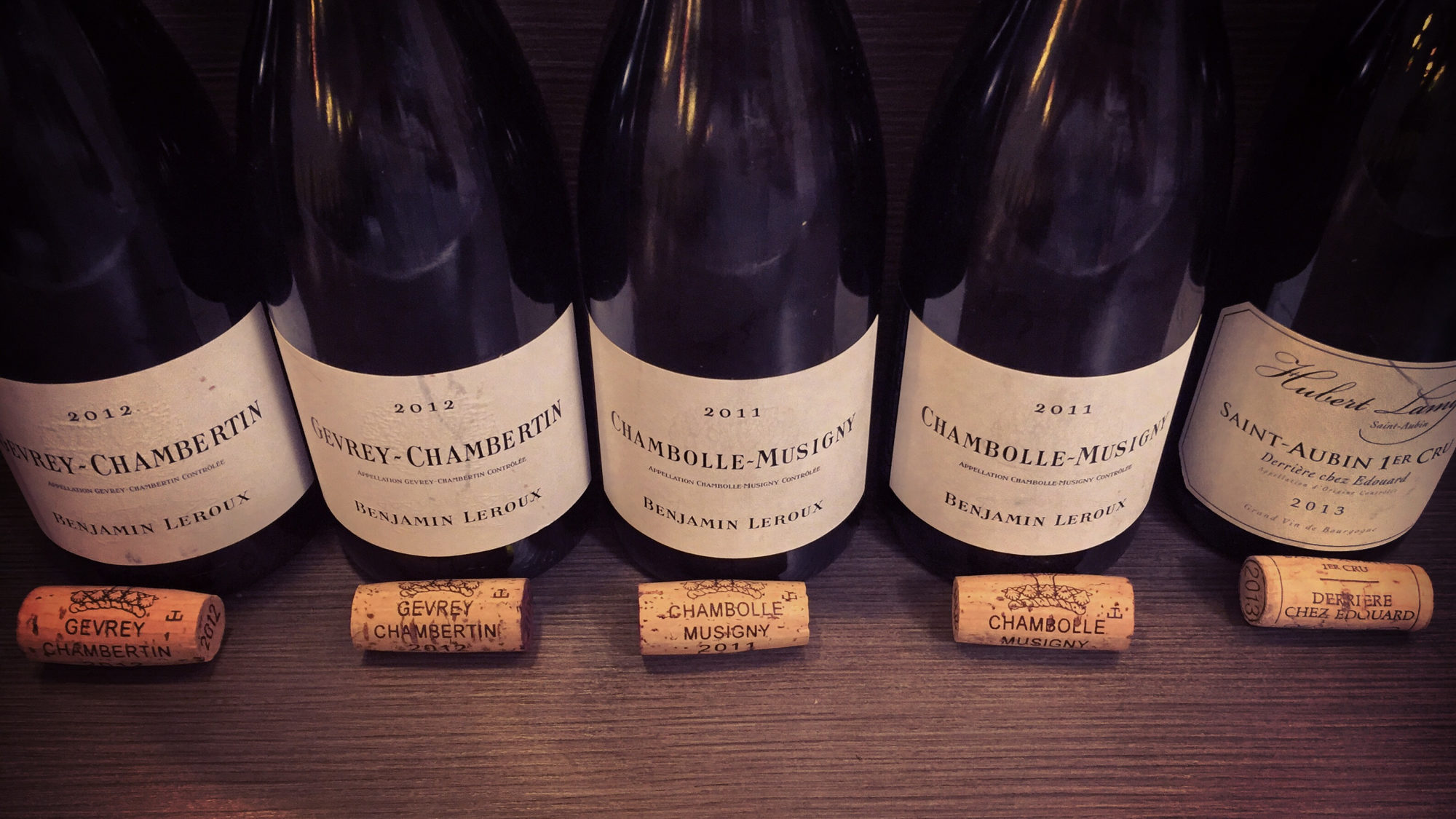 Quenching my thirst along the way. Photo: Jack Dancy 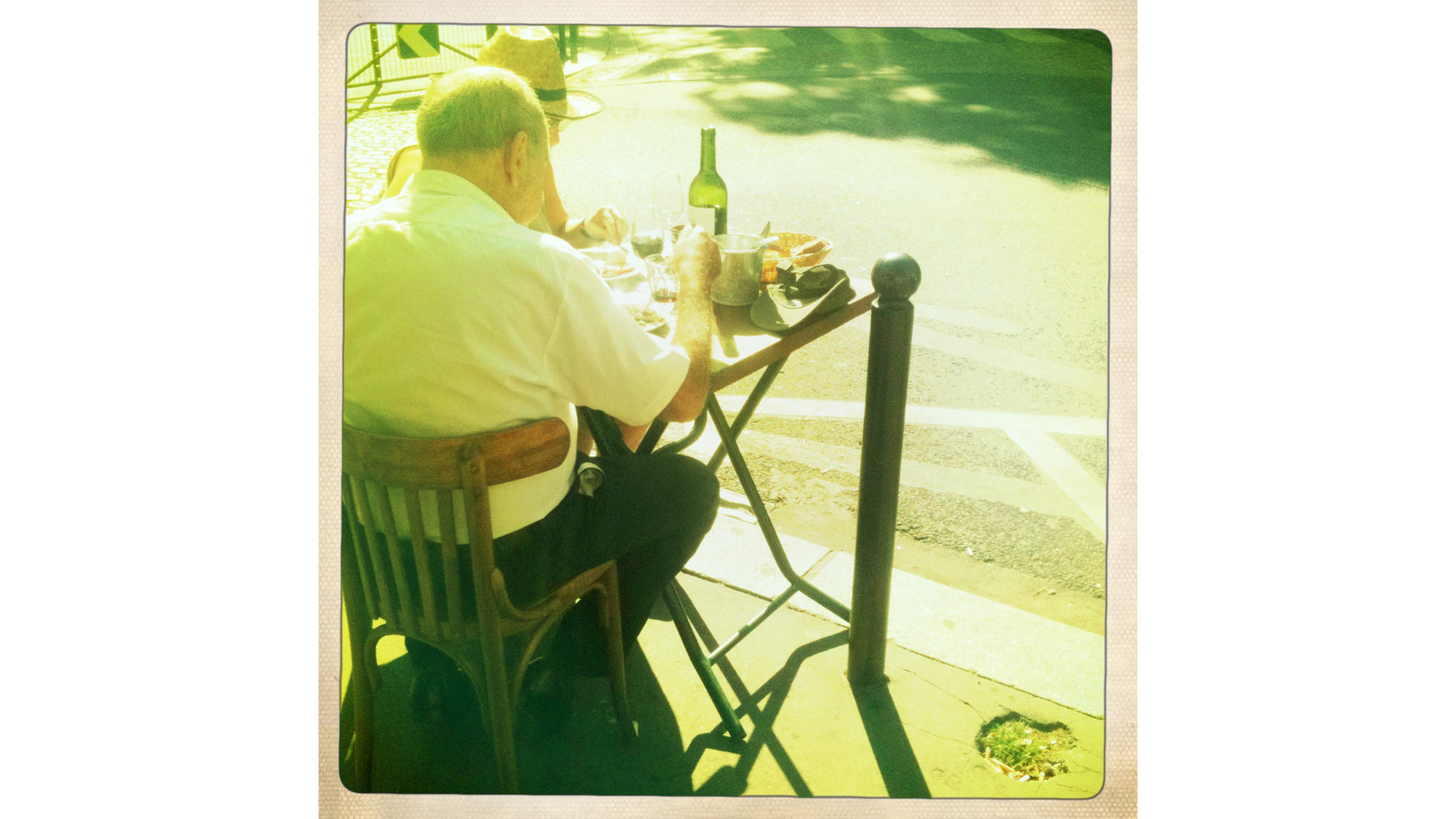 According to lockdown rules, this charming Parisian couple is breaking the law. In broad daylight! How I envy them. Photo: Jack Dancy 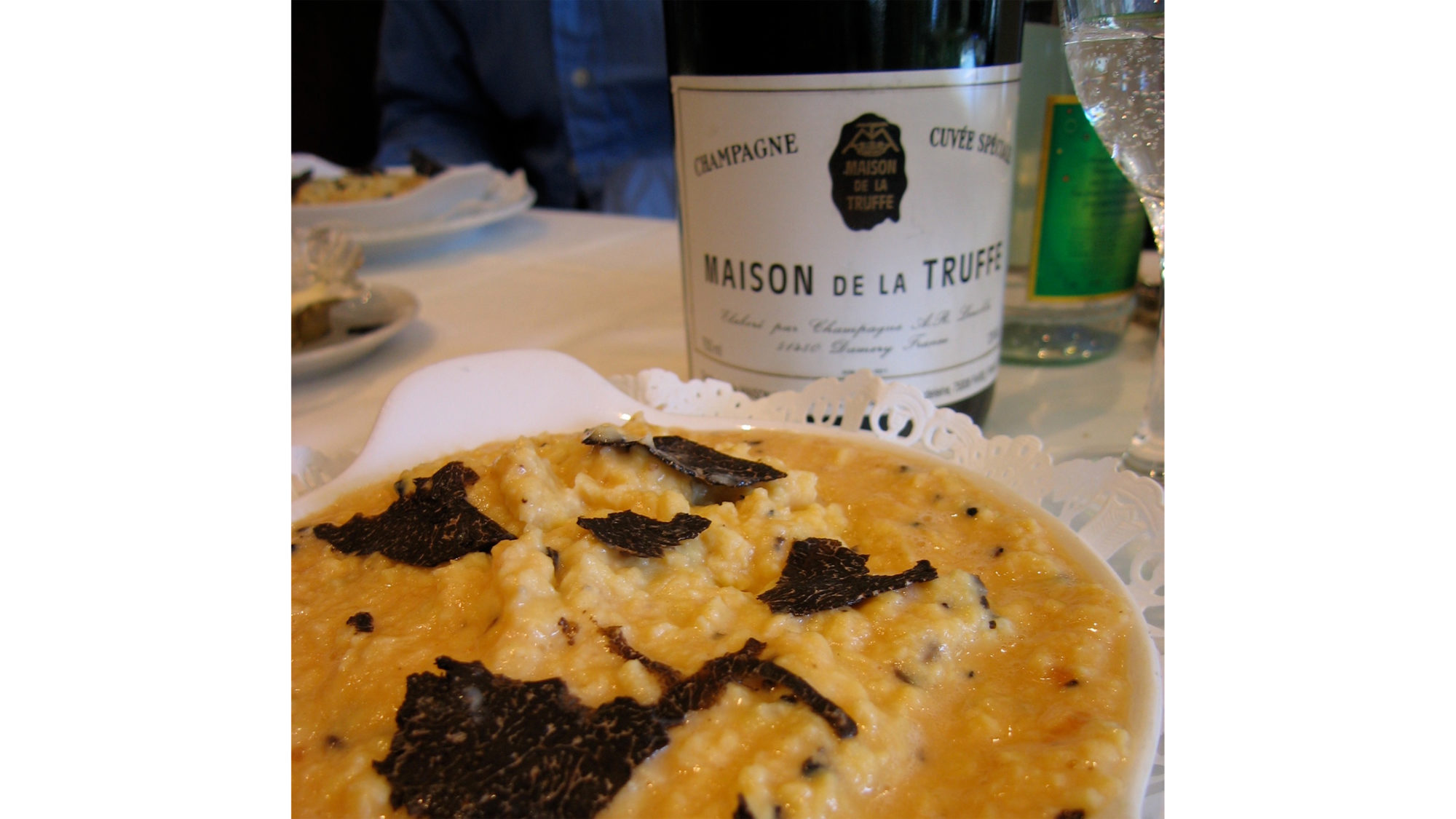 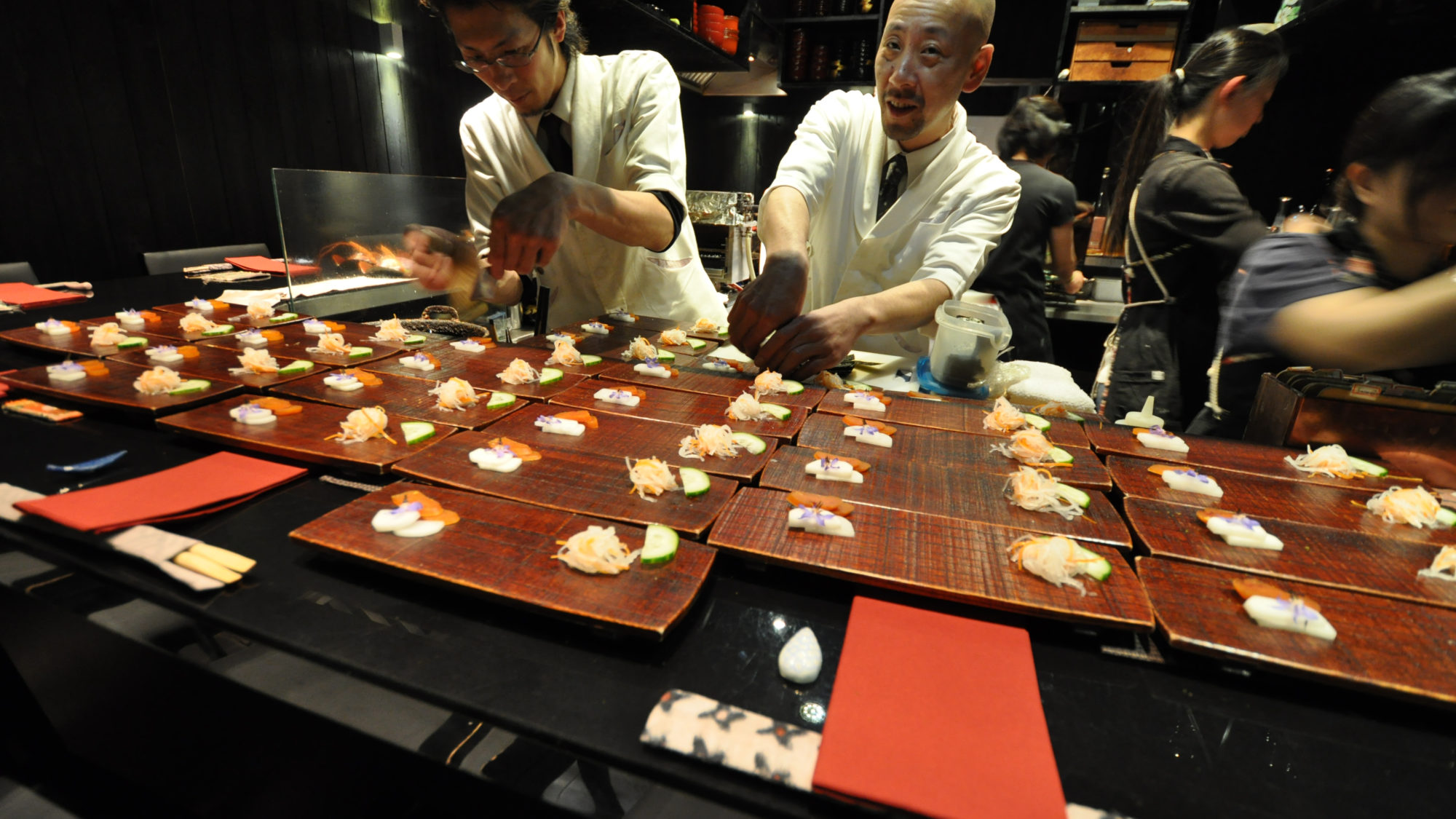 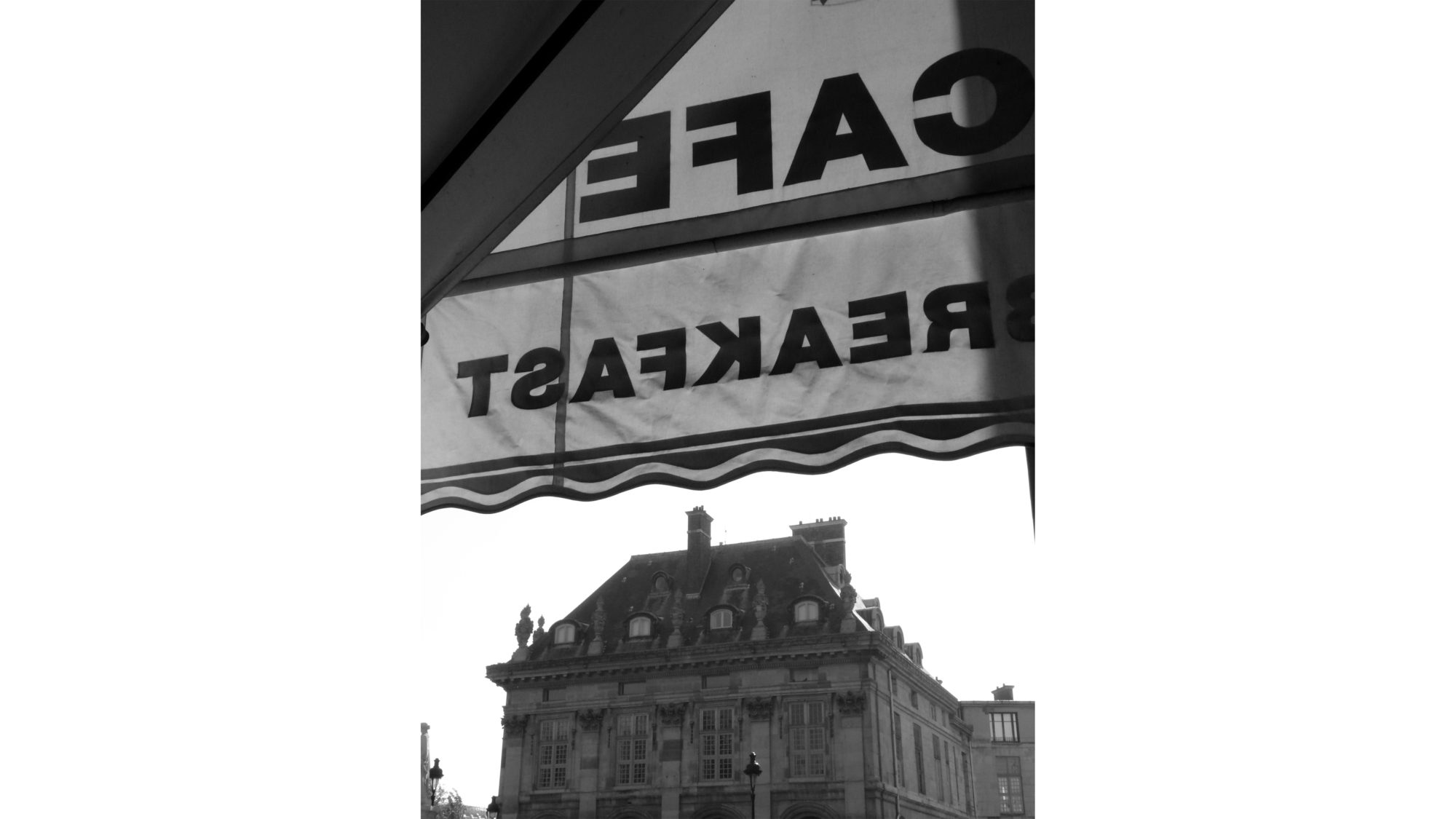 I cannot wait to nurse a hangover at an actual café. Photo: Charlie Scott.

La Tournée des Grands Ducs (literally, The Tour of the Grand Dukes) is a common saying in France to refer to painting the town red, Dionysian style, or rather … Russian. The term has it roots in the habits of two Grand Dukes of Russia – Vladimir and Alexei –  the mischievous sons of Emperor Alexander II and notorious playboys, who roamed the nighttime streets of 19th Century Paris, in perpetual search of good cheer, wine, company… and then some. The two socialites navigated the Capital’s nocturnal scene like they were born for it. From the darkest, cheekiest inns, to the private artistic and elite literary circles, the pair was a familiar sight who glided between social layers with impeccable ease.

Nowadays, faire la tournée des Grands Ducs refers to hitting all your favourite spots, spending without counting, and having the time of your life with your closest companions. That’s right, you heard me, Canadian rapper Aubrey D. Graham a.k.a ‘Drake’, my boys Vlad & Alex were the true instigators of the YOLO lifestyle.

Now, living through a global pandemic feels like the textbook opposite of the Grand Dukes’ way of life. The various lockdowns experienced here in France mean isn’t really the moment to hit the town. So, as a tribute to these glorious party animals, and to celebrate brighter days ahead of us, I’ve thought of all the places I’m longing to (re)discover, and compiled them into a grand, unreasonable, outrageous Tournée des Grands Ducs, starting from just south of the former capital of the Gauls, Lyon, to the shining city of Paris for an exuberant finale.

The journey would start in Valence, the gateway to Provence, arguably not the prettiest town there is (even though I always found some charm to the cities just south of Lyon, where the architecture slowely morphs to become much more ‘Provençal’). What takes me there is Maison Pic, the ancestral home of the Pic family, one of France’s gastronomy dynasties, and the first in my journey. Anne-Sophie Pic is the 4th generation and first female chef of the lineage. The high priestess of French haute cuisine carried the weight of her 130-year-old legacy, and expanded it throughout the world with multiple Michelin-star restaurants in prestigious locations from London to Singapore, and yet you will almost always find her where she belongs, in Valence. I’d ideally arrive mid-morning, just in time to get to one of the cooking classes of the Scook Institute with one of Anne-Sophie’s head-chefs. After a light meal, relaxing in one of the four rooms of the tiny boutique hotel of the property seems like the perfect plan, perhaps a detour to nearby Anneyron to purchase some Jars ceramics, and get ready for the evening at the restaurant to experience Pic’s full skillset throughout the tasting menu.

Following this first experience, I’d head west by bike for an engaging ride through rural Ardèche, towards the property of Régis & Jacques Marcon. The perfect stop en route is the Cité du Chocolat Valrhona in Tain l’Hermitage, to try their full chocolate tasting lunch , followed by a winery visit and tasting in the surrounding hillsides. Tain is the heart of septentrional Vallée du Rhône, one of France’s main wine regions, so there’s no excuse to skip it, en route to the Marcons’ remote hotel, the perfect location for a relaxing couple of nights, deep in the countryside, perched atop a hill above the village of Saint Bonnet le Froid. The brasserie is perfect for dinner after an engaging day, elite cuisine without the fuss. I’ll spend the next day walking in the mushroom-scented forests of the surrounding countryside, with a sandwich in my backpack bought at the Marcon’s village boulangerie, before returning for a soak in the hotel’s tiny pool, looking down over the hills, heated by geothermal energy. I’ll have quite the appetite for an apéro at the bar de Païs, followed by a dinner at the 3 Michelin-star restaurant, an epic gastronomic journey through local and seasonal produce, wild inventiveness, and with a focus on fungi which has earned Marcon the nomiker of ‘the mushroom King’.

A few days breating in the high clear air of the Auvergne call for letting loose some harnessed energy in the city, and nearby Lyon is the natural next step of this grand journey. Every single French person who ever lived or visited Lyon will start off with ‘Oh Lyon, c’est une ville à taille humaine!’ (‘Lyon is a human-size city’). This is a statement designed to oppose Lyon to Paris. Everything is indeed accessible by foot and the city abounds with local attractions. Lyon’s more official nickname is the Capital City of Gastronomy, so needless to say the offer there is abundant. From the traditional Mâchon, an early morning ‘breakfast’ served in Lyon’s infamous Bouchons, to the many farmer’s markets, delicatessens and pastry shops, topped by decades or even century old restaurant institutions such as the Mère Brazier or Paul Bocuse’s inn just outside of town. Finish the day by getting a bottle at Maison Malleval for a late night cap and, after dinner, head to Le Sucre, a hybrid venue atop a former sugar factory located where Lyon’s two rivers meet, and mingle with Lyon’s youth and booming music scene.

After a couple of nights on the lighter end of the food spectrum, for the sake of endurance, the next milestone is a Trufflepig favourite, Maison Troisgros, comfortably nestled in the Roannais region in the foothills of the Massif Central, not far from the Beaujolais. The Troisgros property is currently being passed on to the 5th generation in the form of César & Léo, by their father Michel. The Troisgros name is associated to Roanne as much as the Pics are to Valence, Bocuse to Lyon, or George Blanc to the Beaujolais, and, for the second time in its history, two Troigros brothers will be at the helm. We don’t speak of the experience, we live it, Troisgros is to the France team what the Sistine chapel is to the Vatican, no pictures allowed, you got to see it for yourself.

The next step would be the monolithic Burgundy which is, without the shadow of a doubt, the heart of my Tournée des Grands Ducs. However, I would lie if I’d say that I miss it, since I spent around 99% of 2020 there, and one single paragraph wouldn’t render my home region justice. Be that as it may, I pledge to whomever made it that far down this post, to write a full one about Burgundy’s greatest, and especially about Beaune, commonly  – and humbly – referred as the centre of the world (by the Beaunois, at least).

The natural conclusion to this delirious trip would be Paris. The capital city is longing to a return to normal, and, in spite of the situation, has excelled in creative methods of adapting to the pandemic. Once this is all over, think no more and treat yourself to one of its palace hotels. Our personal favourites are the Hôtel de Crillon and the Ritz, not only for their magnificence, but also for the will power and resilience of their staff in the face of impossible challenges, putting such behemoths to sleep. These central properties are an ideal spot to head out and try Paris’ finest. From there, an unparalleled dining scene opens to your inner Grand Duke, whether you follow the hearsay leading to a former miniature Eiffel Tower keychain factory turned Franco-Asian eatery or add a few more stars to your hunting board, chasing giants in the name of Pierre Gagnaire, Alain Passard, Bernard Pacaud, and many more.

You’ve probably understood it by now, this whole article is primarily a declaration of love towards restaurateurs. The incredible talent, resilience, energy, passion they display on a day-to-day basis, carrying a whole part of France’s rich culture, has been dealt an astronomic blow during this pandemic, simply because they are places of gathering and conviviality, and COVID-19 just loves that. The French made it a mission to go out to the restaurant when first released after last spring’s confinement, and no doubt will they do the same as soon as this whole thing is behind us. I know I will.

Alex is a proud member of Team Baguette here at Trufflepig, and an even prouder proponent of the theory that your stomach is your second brain. With personal connections made during years of working in restaurants in Paris, Lyon and Beaune, he’s a good man to know when you’re planning your own Tournée des Grands Ducs, and you can email him here to get started.

...a common saying in France to refer to painting the town red, Dionysian style...