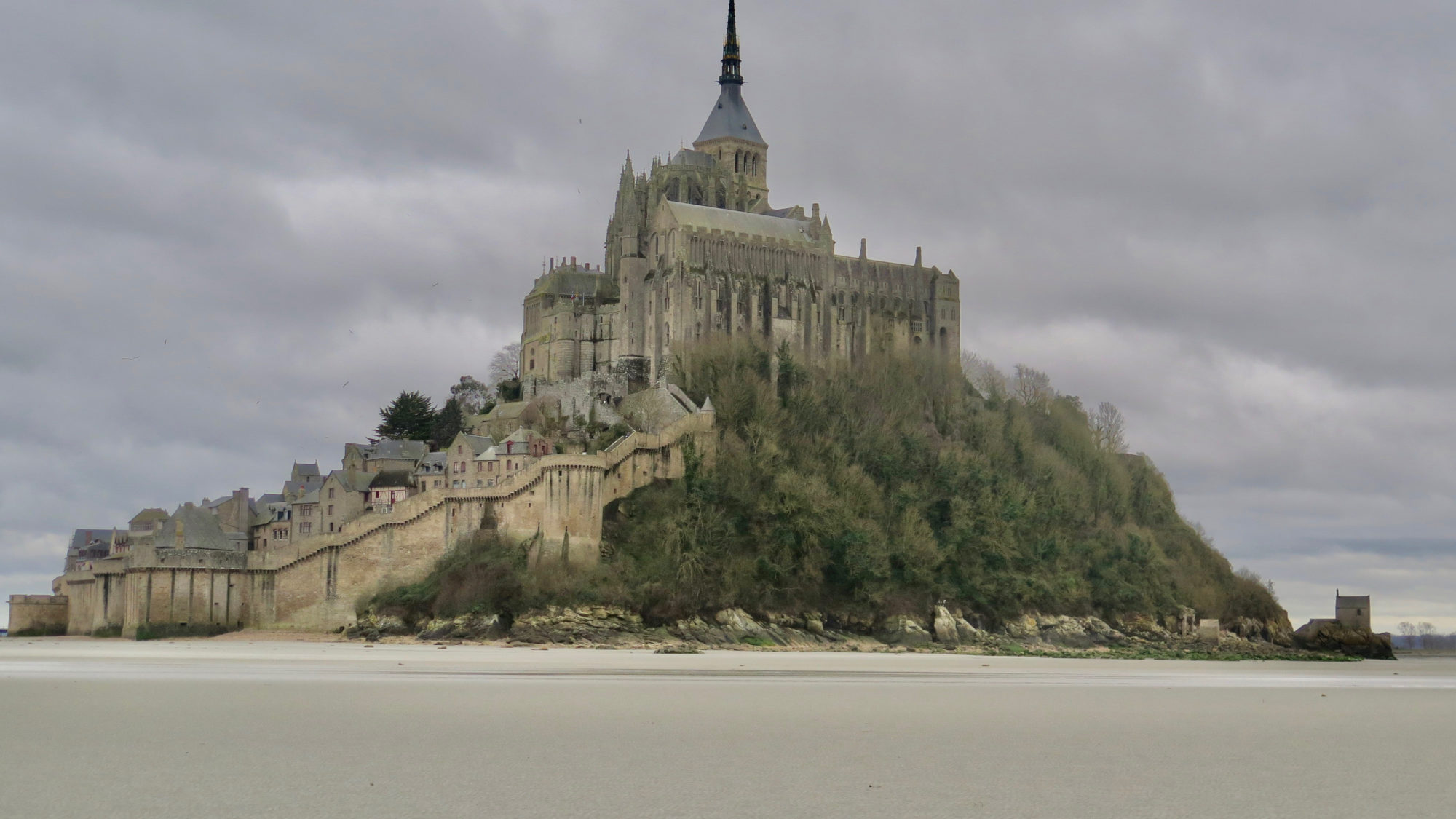 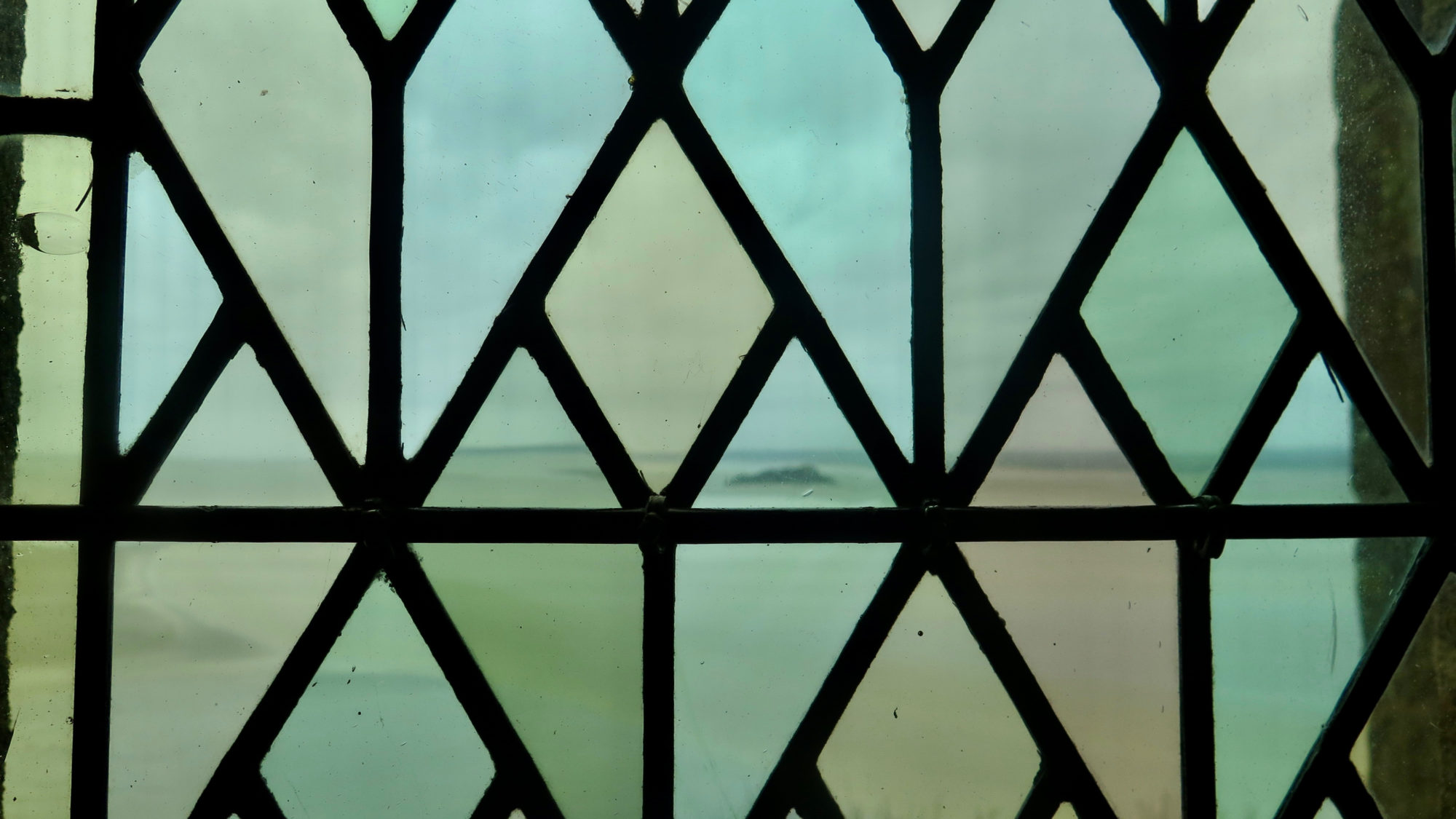 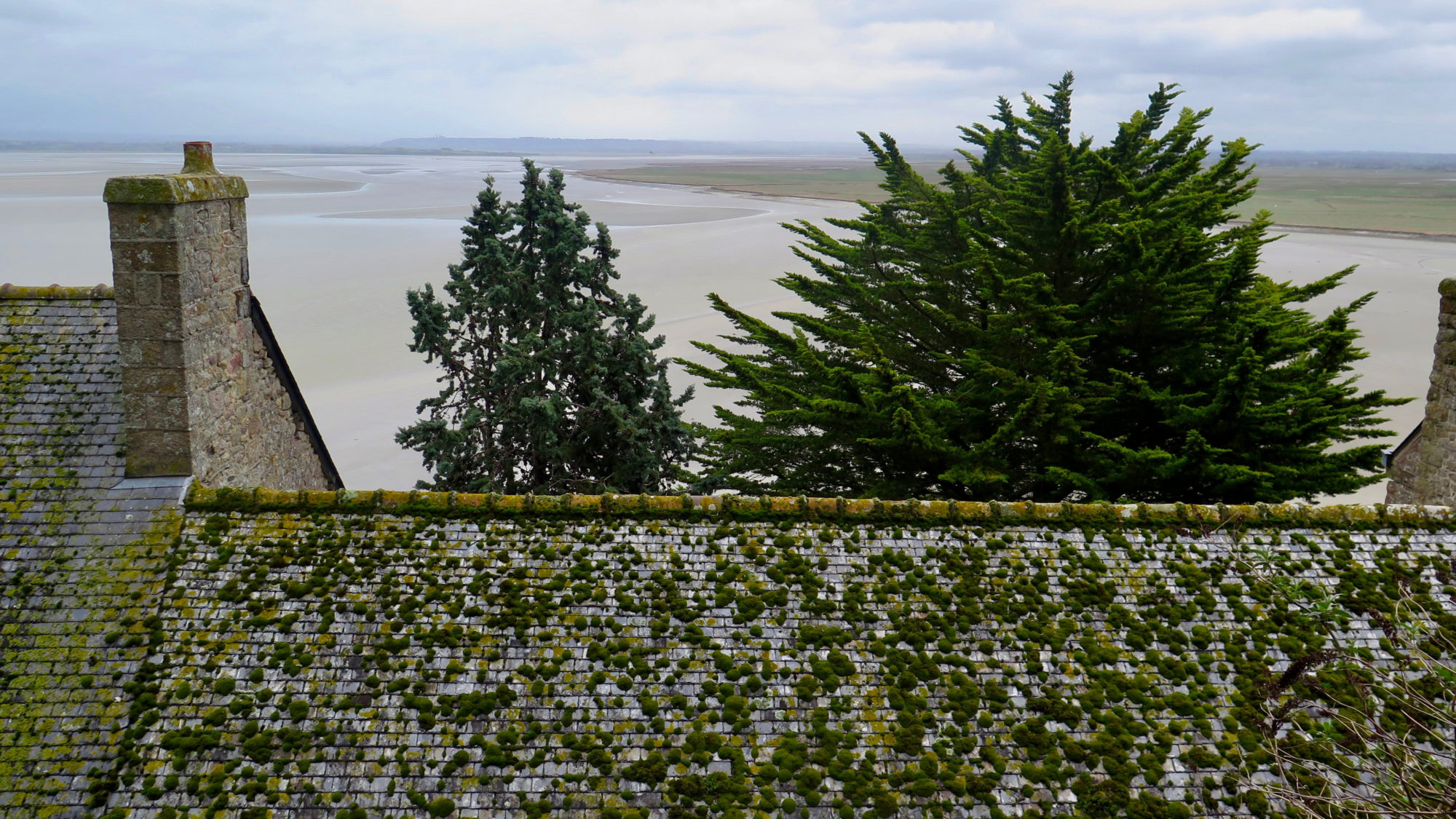 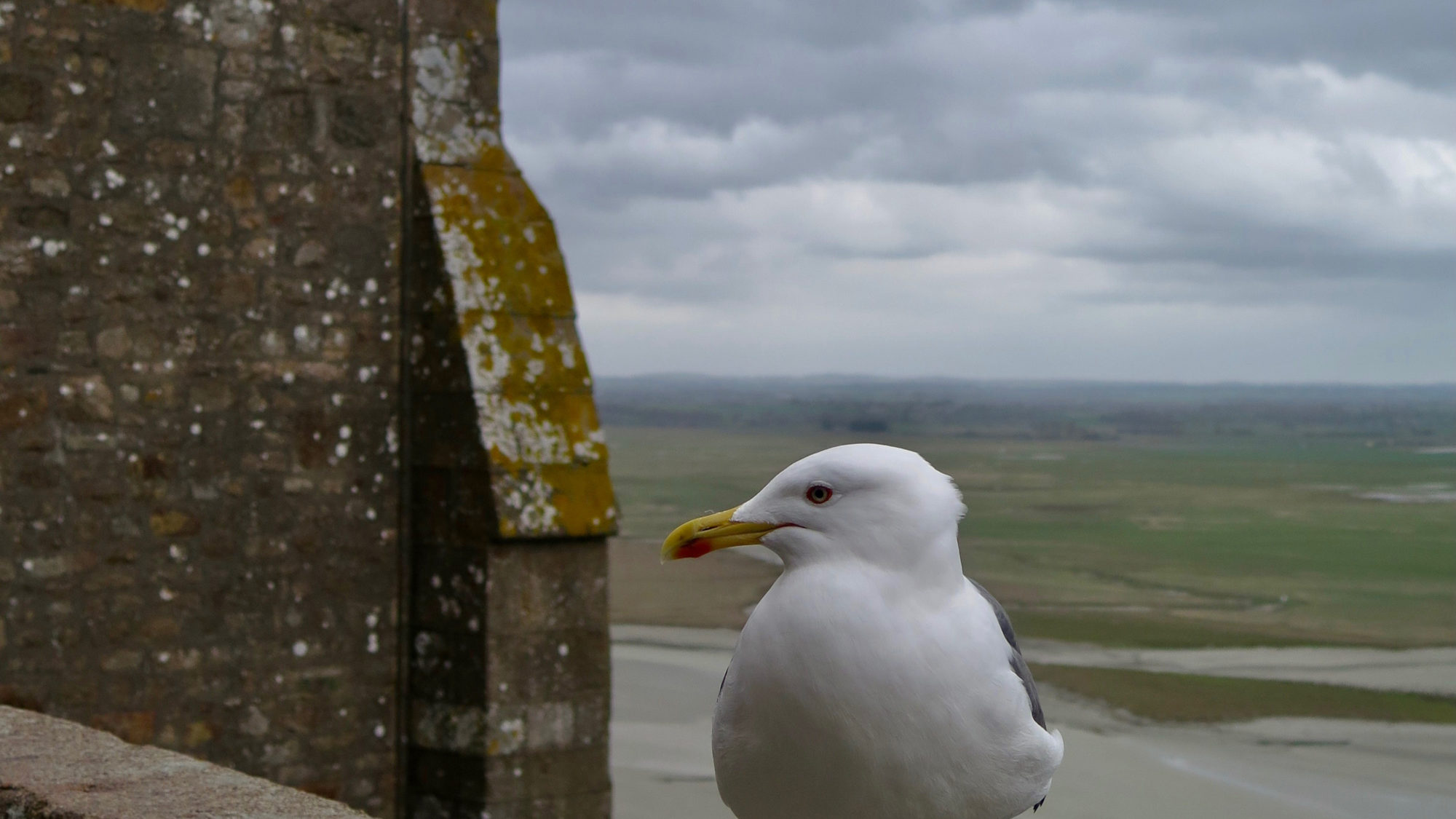 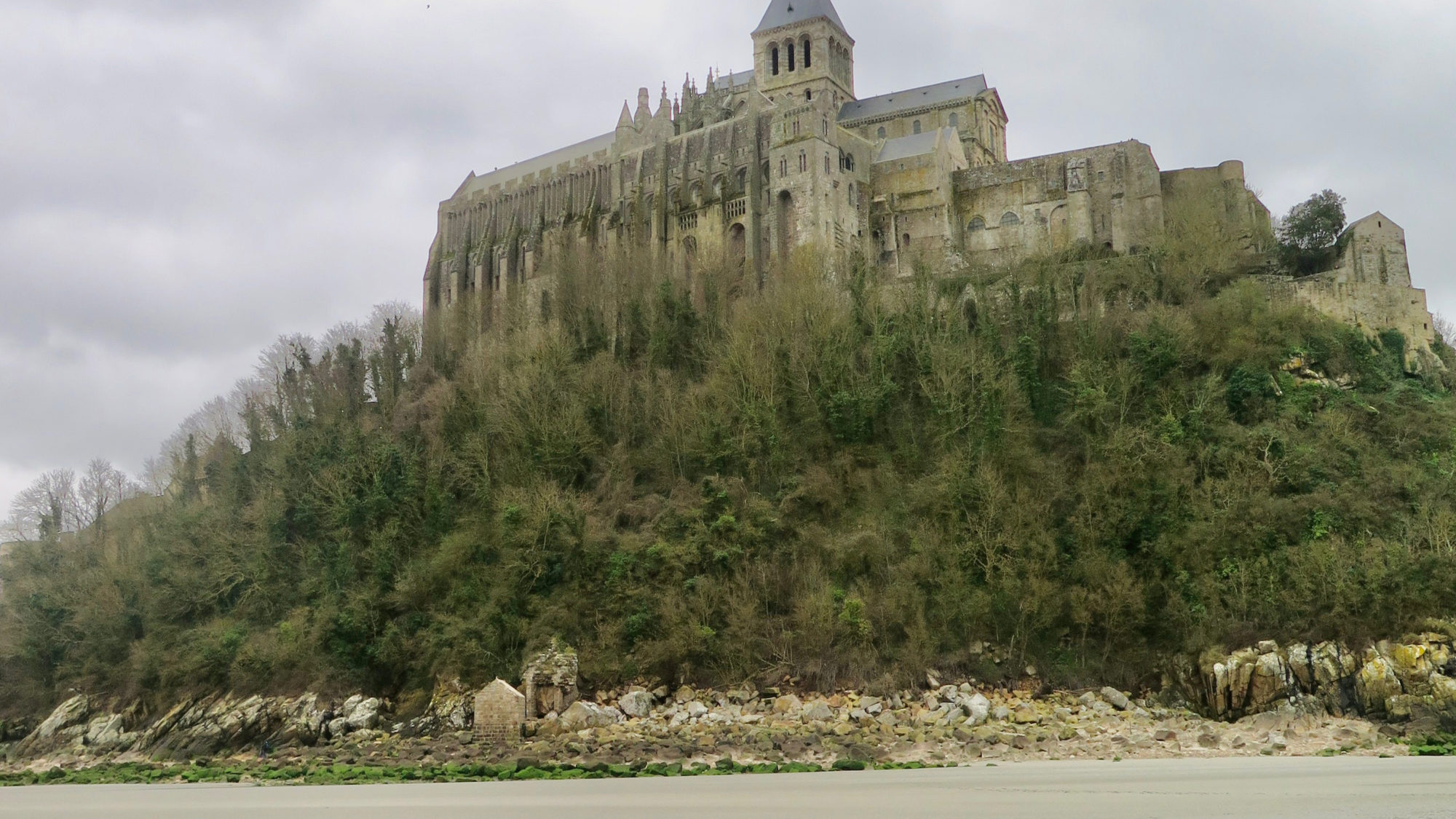 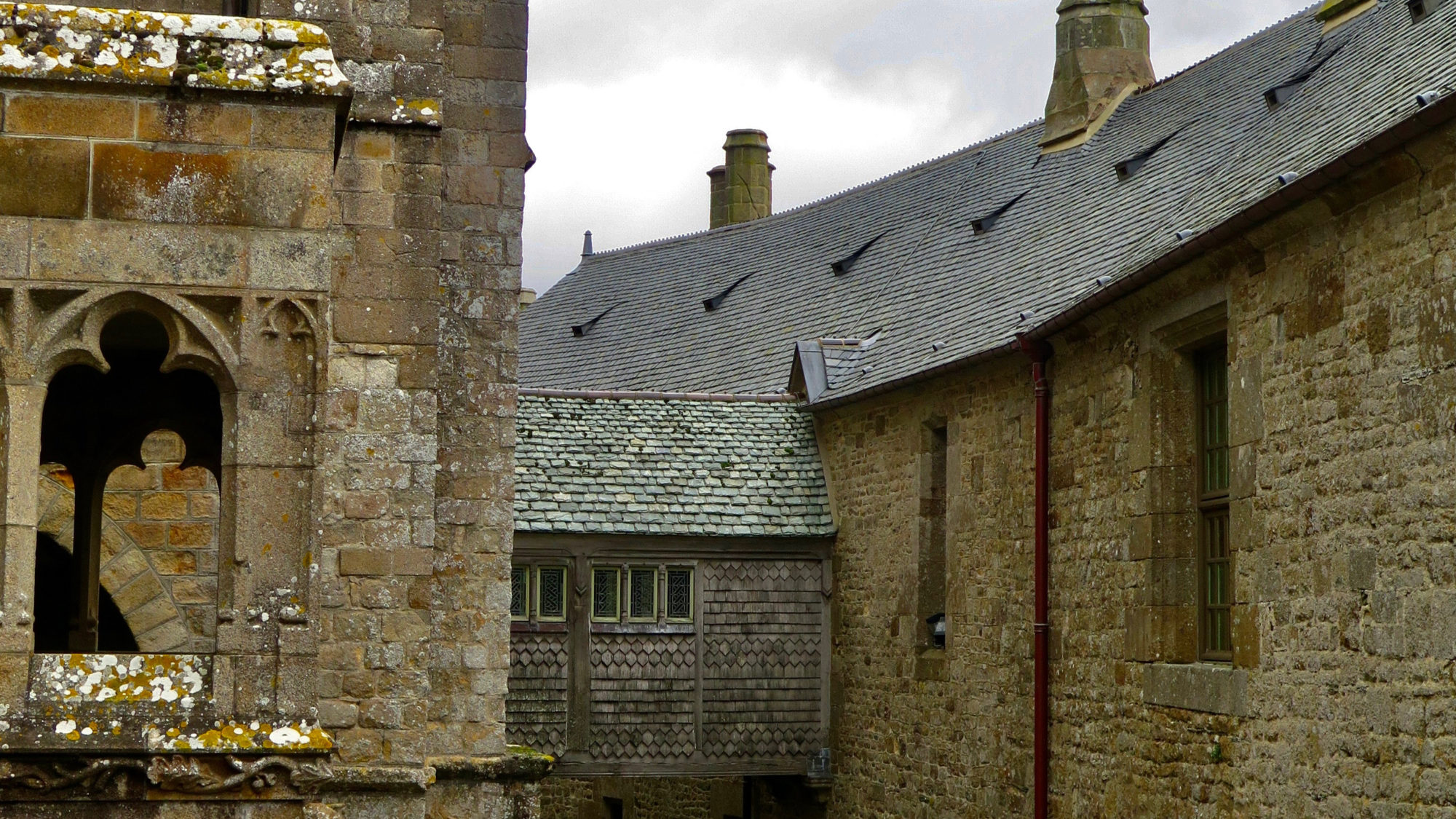 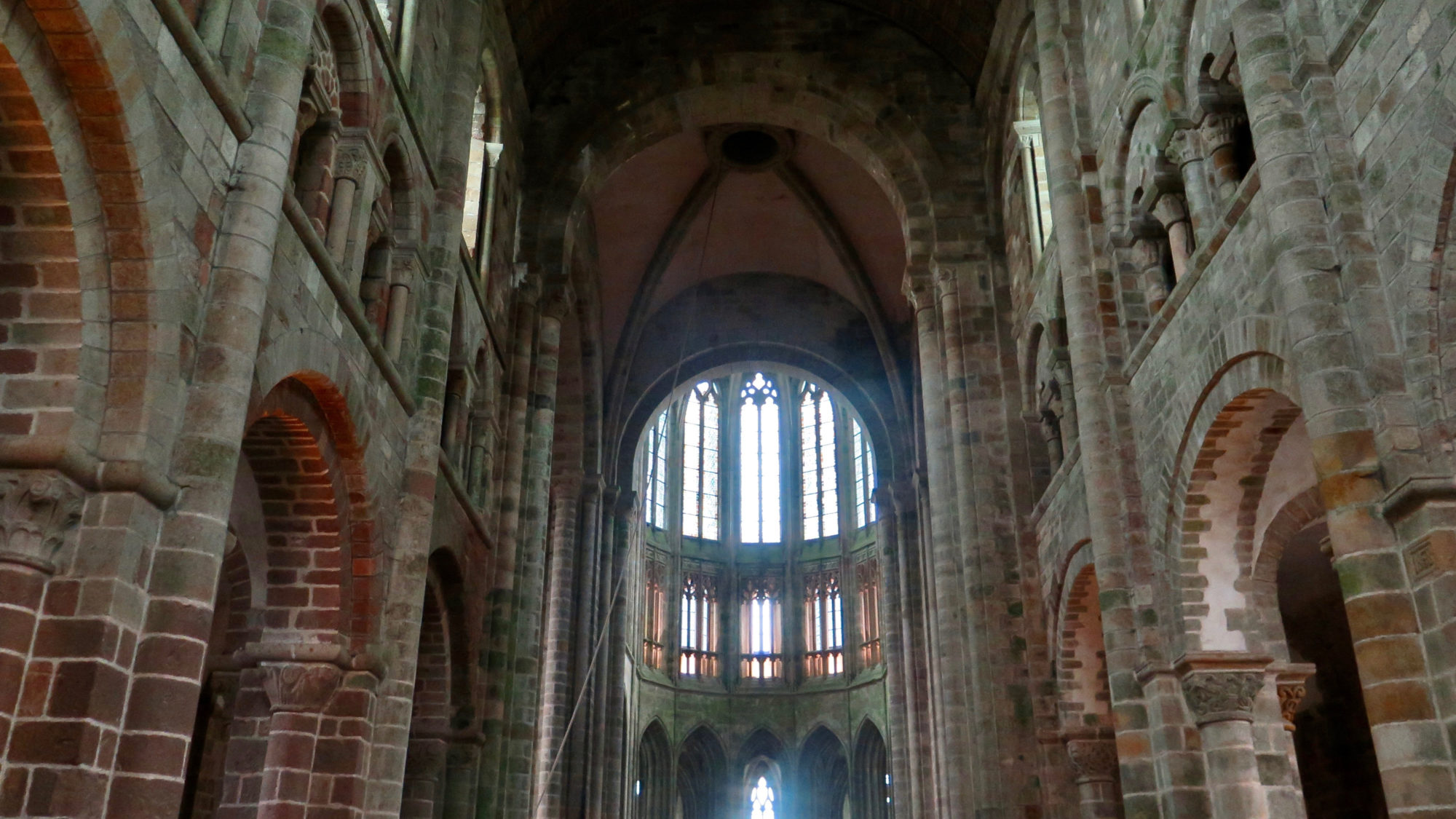 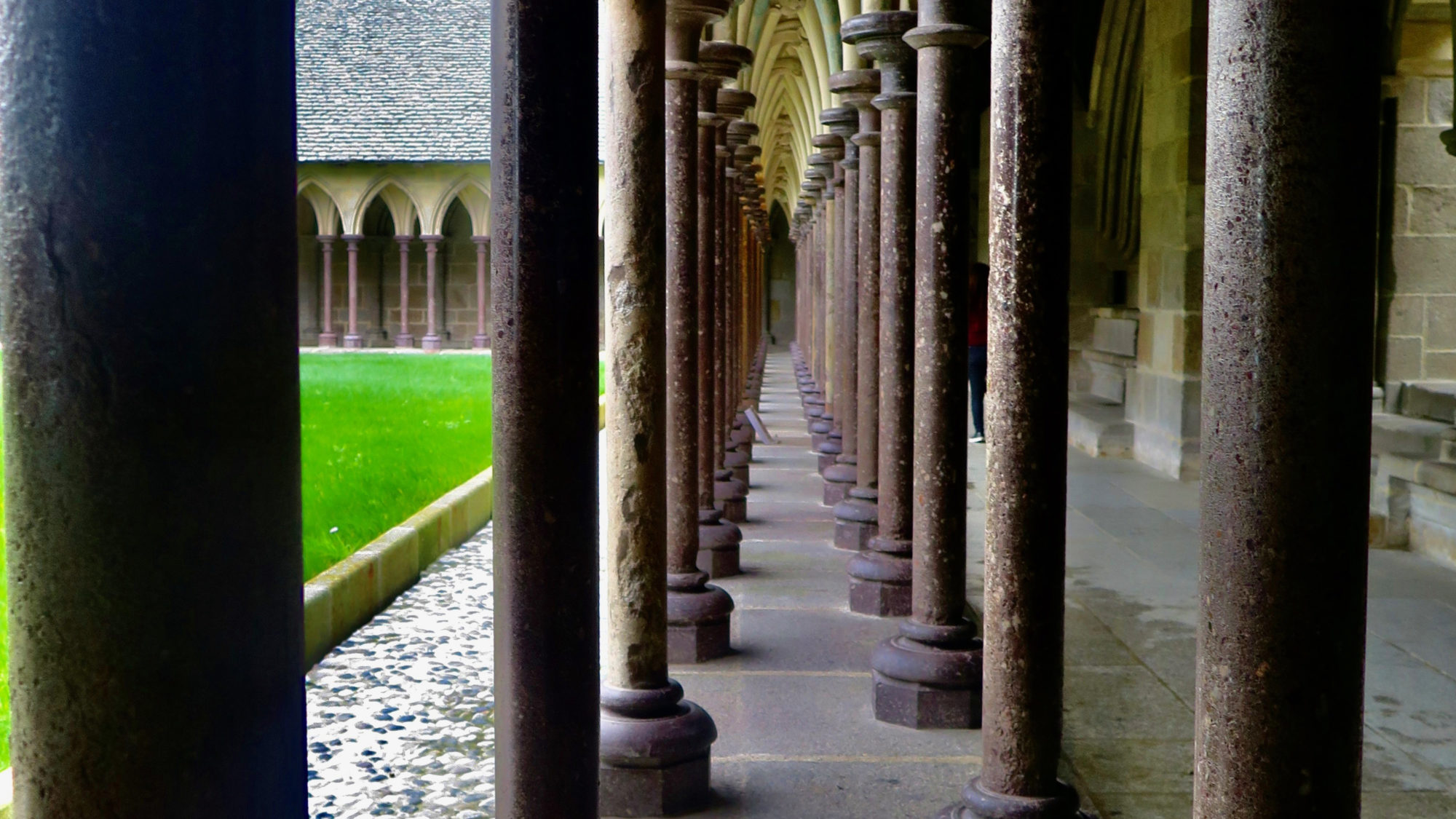 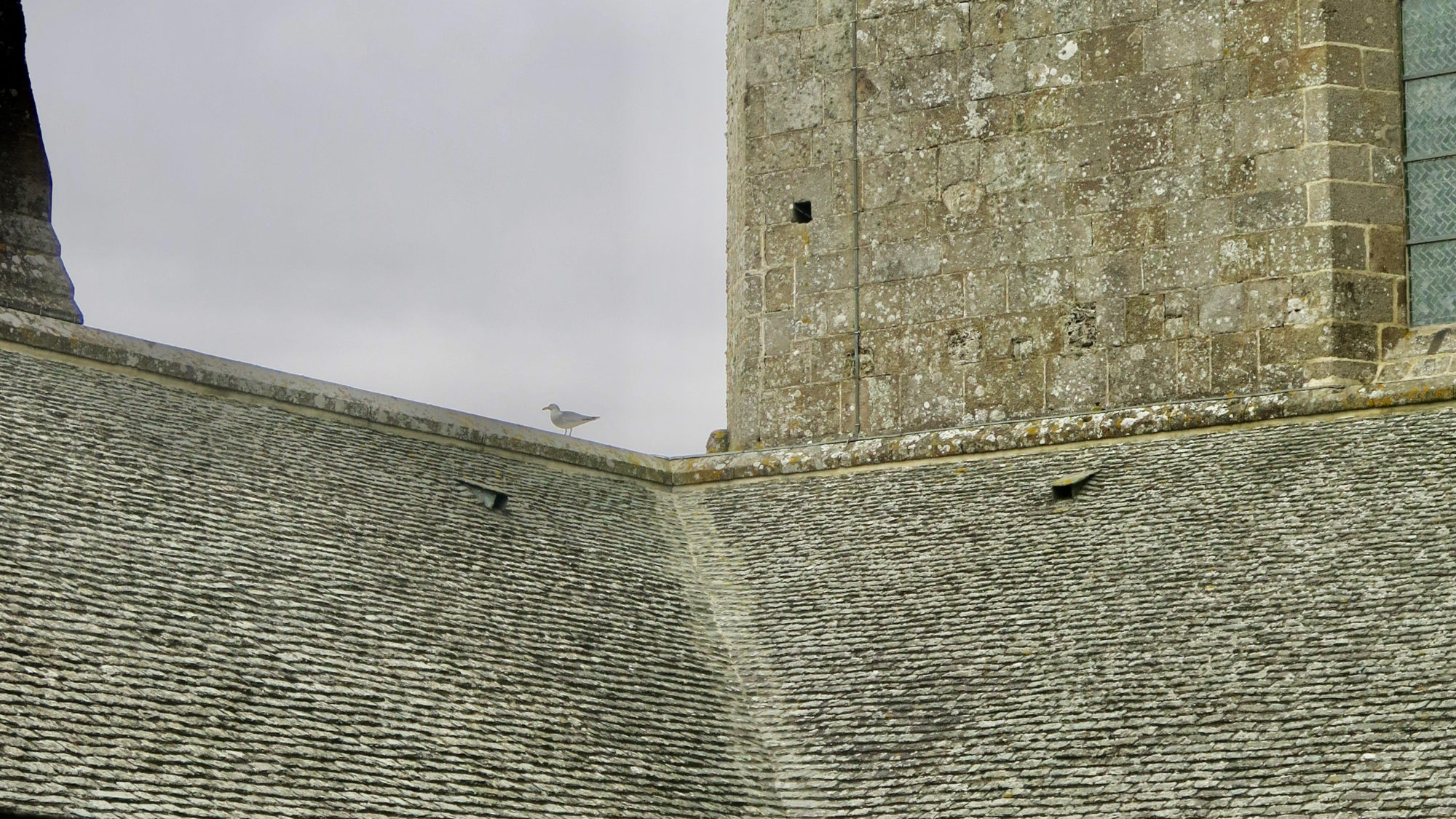 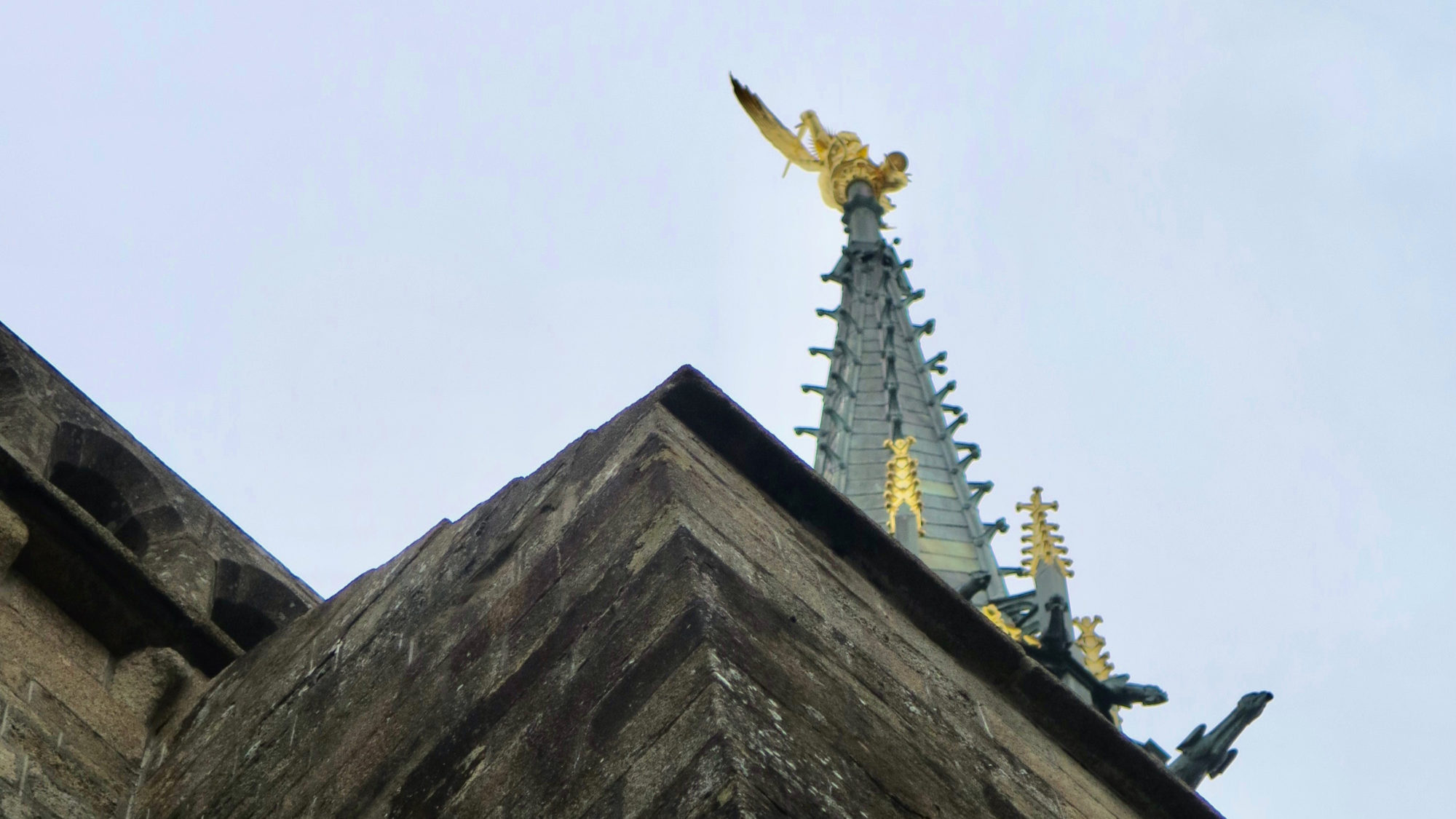 Moonwalking to the Mont St Michel

The year is 1999, I’m a nerdy 7-year-old obsessed with dinosaurs, planet Earth, and sci-fi video games. I hear the TV talking about some grown-up commemoration on the other side of the ocean, in the United States… some vice-president with a strange name. They’re celebrating the 30th Anniversary of the Apollo 11 mission.

Nothing too interesting. Until my maman mentions off-hand “I remember we just got a colour TV when they landed on the Moon.”. Hold up! Excuse-moi? Past the first shock of discovering TV was once un-coloured (?), she just said that somebody actually landed on that grey dot I see in the sky at night? From that moment on, add a new passion to the list: the Moon.

Telescopes, countless nights spent staring into the sky, books about the hidden side of the moon… the topic never fails to grip me. Cycles & calendars, full moons, super moons, blood moons, werewolves, tides, all the way to the biodynamic cultivation of grapes in Burgundy. I was hooked. Nothing beats looking up the sky at night, and dreaming you will one day step foot on that distant ball of dust, which felt increasingly possible through the 2000s. Perhaps we  might just live in the right era, or are we just a shade too early?

Fast forward twenty years to 2019, a half century after Armstrong and his pals moon landed. It is a crisp morning in March, and I’m out on the road in France. I’m leaving the Norman town of Bayeux at dawn, after a fever-dreaming couple of days revisiting the WWII landing sites, and I’m hopping on the train to Pontorson, the railway station closest to the Mont Saint Michel, which looms into view as we pull into the station. There I meet my friend, and we drive north to the Bec d’Andaine by the town of Genêts, almost losing sight of the rocky islet on the way. Getting out of the car, we gear up, and then head out to walk across the low-tide mud of the tidal flats to the Mount. The massive walls and towers and the medieval abbey all grow slowly in size as we make our way towards them across the empty sand.

This is where it hit me, right on Earth, in my own oh-so gorgeous country: I have a near-Moon experience. I’m walking on the strangest of surfaces, at times wet, at times hard, sometimes swallowing half my leg into a puddle of squelching mud, other times leaving an Armstrong-esque footprint in the sand. It feels like a desert, as far as the eye can see. The sea blends with the bay’s strips of sand, and the rising sun in the west is blinding enough that we can no longer see the land. The only break in the horizon is the ever-growing Mount, catching and reflecting the sun’s rays like a ball of fire. The monument in shades of pink and orange, draped in fog, is so otherworldly it blends perfectly into the scenic landscape.

I should point out that I did not have my camera with me. Happily, my memory was fully charged.

The 8 kilometre (about 5 miles) walk takes a couple hours and crosses some of the hundreds of streams that drain the sandy flats. It passes by the Rocher de Tombelaine, the closest the Brits ever got to the Mount during their offences in the Hundred Years War; and it walks the same steps pilgrims have taken on their way to the Abbey of the Mont Saint Michel for a thousand years. Walking the walk not only gets you to the Mount first, before the shuttles are running, but it also puts you in the right mindset for a memorable overall experience of the Mont Saint Michel. And once you’ve made it to the rock, you can continue walking in the bay round to the hidden side of the Mount, facing the sea, to witness a natural barrier of trees and enjoy a much more unusual view of the monument.

The clou du spectacle lies in delving into the village and its many secret spots, from the Eglise St Pierre with its funerary slabs and cemetery, to the ever-so-narrow cobbled streets with their terraced gardens, to Gabriel’s tower and the Mont Saint Michel Ley line theory, and finally to the pièce de resistance, the Abbey itself sitting atop the rock, whose secrets can wait for another post. All I can say is that there may be a dragon involved at some point.

So it wasn’t the Moon quite yet… but it certainly felt like it, complete with sci-fi fantasy and the lore of ancient congregations. Next, the real thing!

This is where it hit me, right on Earth, in my own oh-so gorgeous country: I have a near-Moon experience