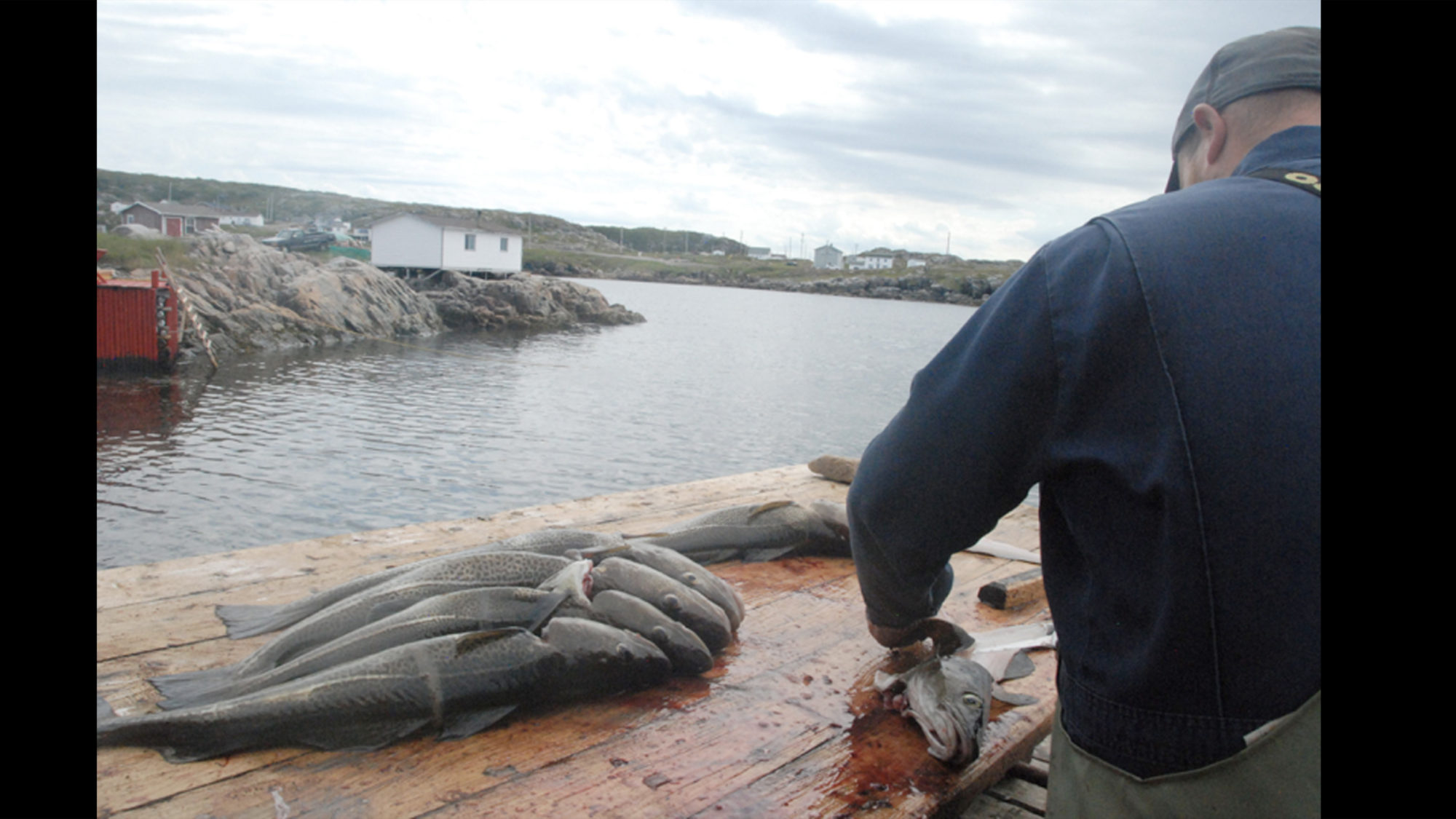 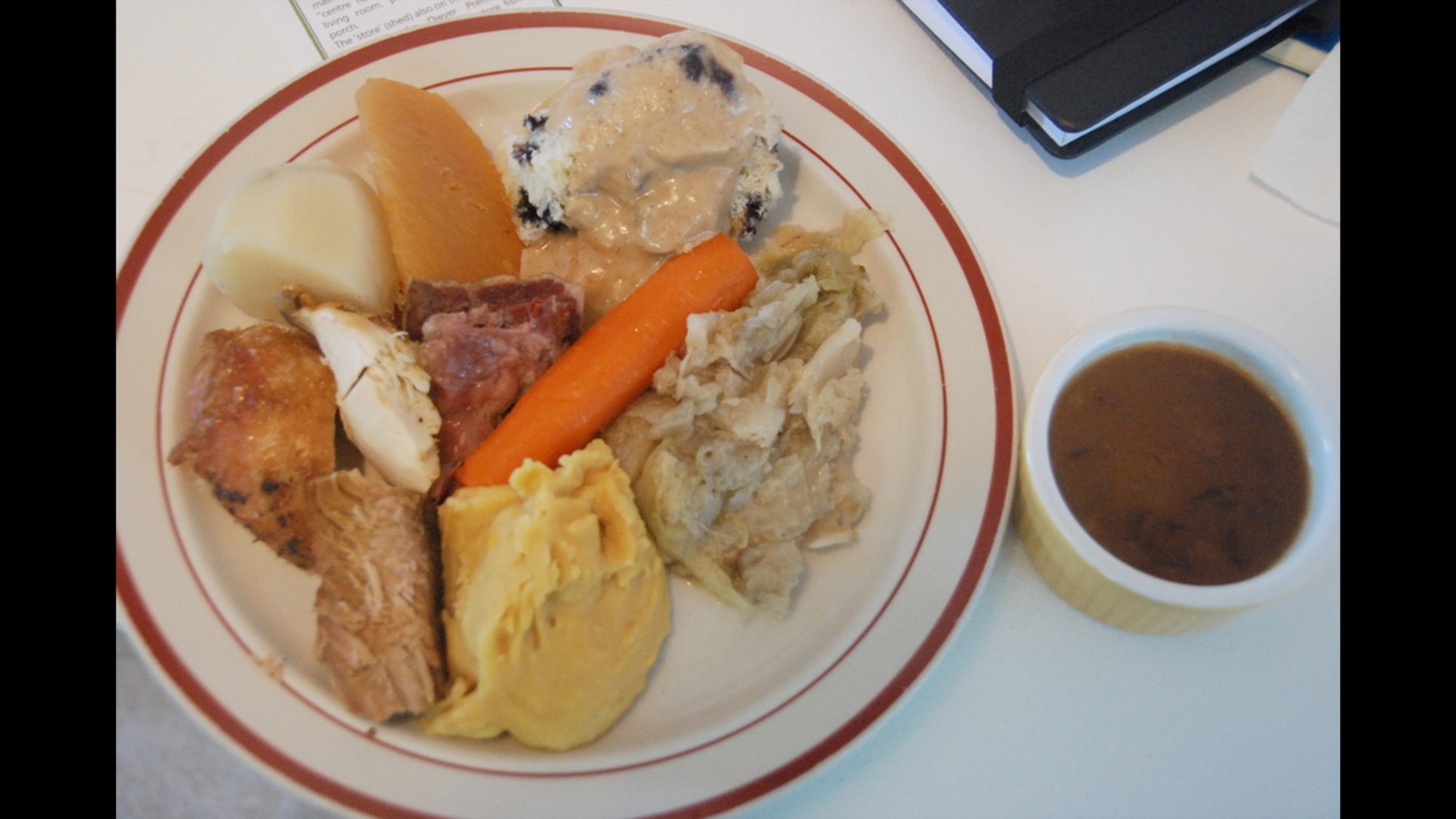 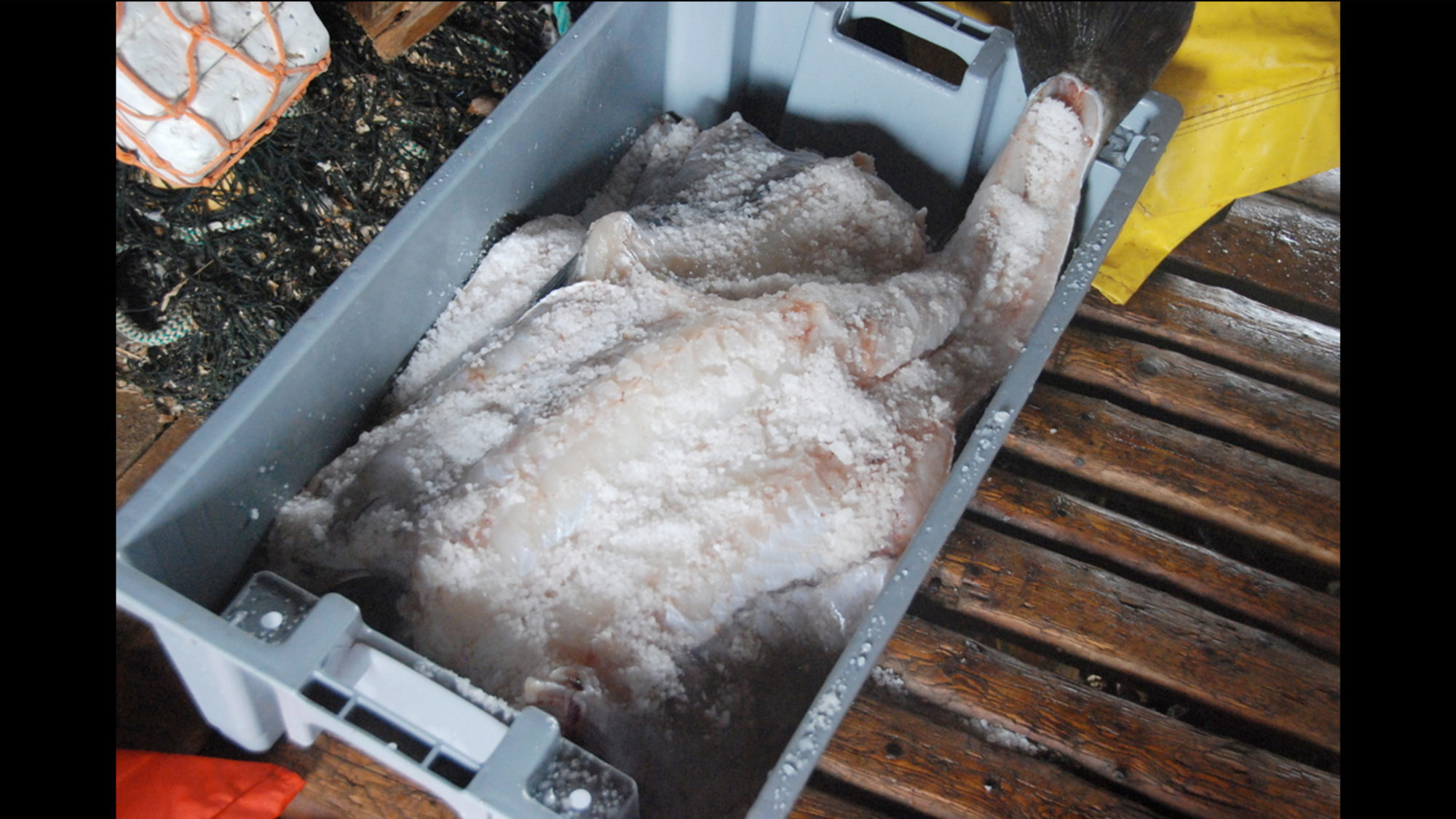 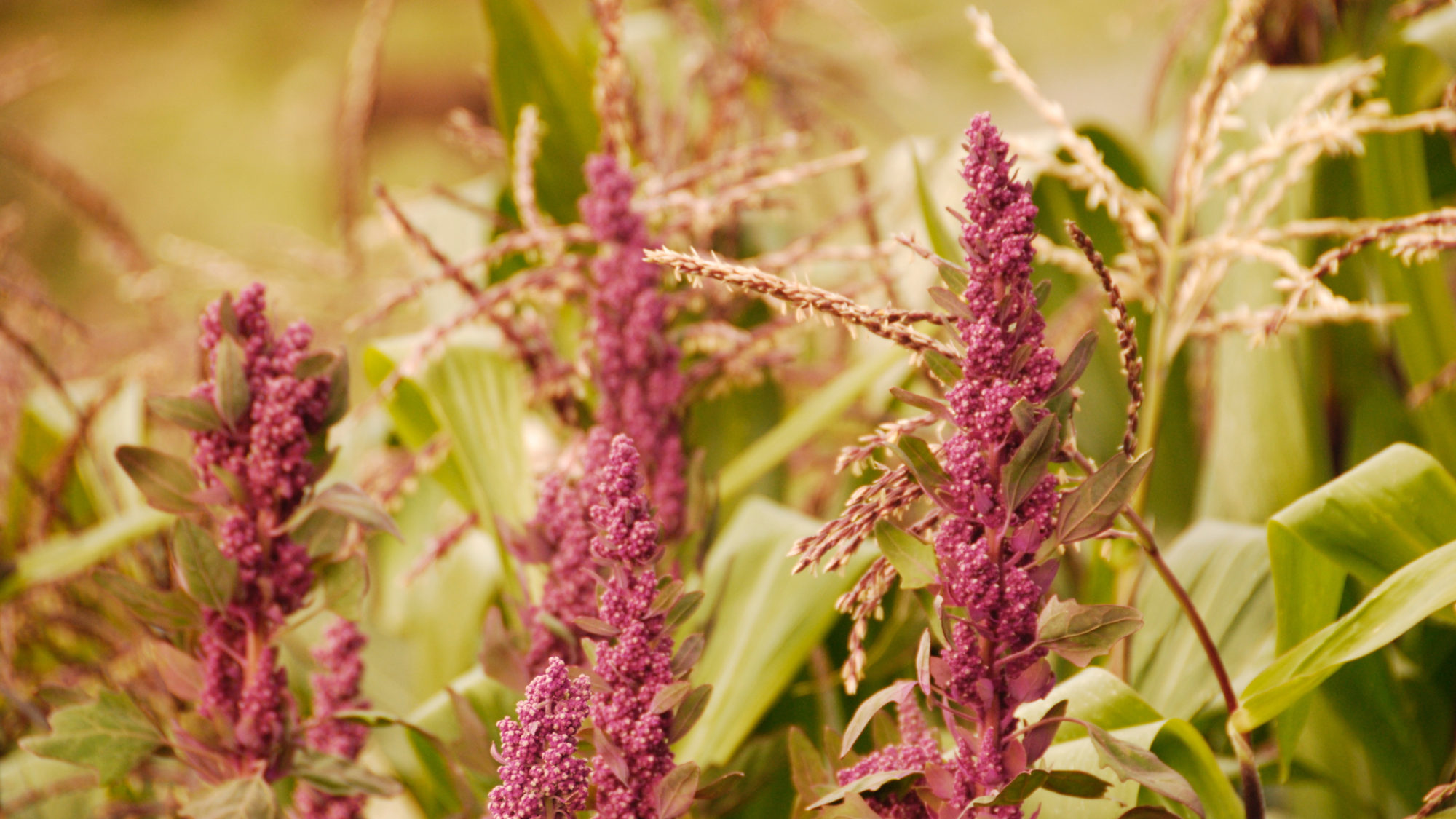 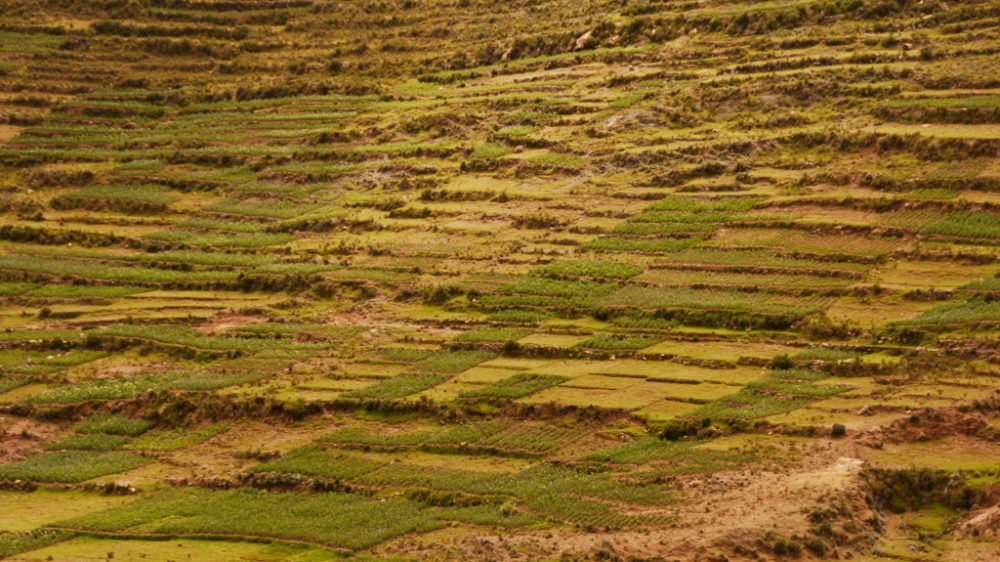 The Sassy Sauce-Maker: A Mediterranean Staple With Origins in the Americas
Photography: Nancy Towns

A Second Harvest: Migrating Ingredients from the Americas

You are called papa not ‘patata’, you were not born Castillian: you are dark like our skin, we are Americans, potato, we are Indians. – Pablo Neruda, Ode to the Potato

Similar to other fuels on a grand scale, the quest to harness sources of consumable energy has been the cause of migrations, the root of wars and also the possibility of peace throughout civilization. In food, we find the origins of human movement across vast amounts of space and time, and we find the original stories of human travel. Scores of books have been written on the explorations and gall that drove spices, sugar, salt, cod, coffee, cacao and other revered edibles to become commodities, change eating habits and ultimately alter economies. Our modern-day consumption is no exception to this and the drive we have as a species to fulfill both basic needs and satisfy food fashions can be fascinating and unsettling. Just as we as humans have for millennia, scores of ingredients have made migrations of a permanent nature and they have become synonymous with the agricultural and culinary fabric of their adopted places at an ever-quickening pace…

Often overlooked as common-place, a plate- or belly-filler, it’s hard to imagine that the once coveted potato has only been part of the backbone of the European diet for about 500 years. The initial cross-Atlantic journey of this hearty and reliable tuber began on boats returning to Spain from South America in the 16th century. With determined human hands and minds, it eventually re-seeded its way across continental Europe and then far beyond, fuelling hopes that such a starchy and storable staple would feed the masses, bring the end to large-scale famines and thereby increase the productivity of the labouring force. And it certainly achieved this to some extent. However, through industrial scale production, the potato also became more vulnerable to blights and in turn an accomplice to the very hunger it was meant to stave off. Of the most infamous, the Irish Potato Famine, historically regarded as having cost Ireland an estimated one million souls to starvation and another two million who fled from malnutrition and poverty to North America and other parts of the Common Wealth.

Emblematic dishes like tortilla de patata in Spain, gnocchi in Italy, frîtes in France, exist only indirectly because of those responsible for its initial eastern passage and strategic seeding. The domesticated potato we depend on today ultimately exists thanks to centuries of feats in agricultural engineering made by Andean communities in South America. Those who developed strains of the food over time that could be grown at various altitudes, including at heights where very few other consumable plants can be cultivated to this day (4000m+). Achieving this diversity in acceptable growing conditions for the staple was imperative for the potato’s evolution as a crop along the Andes mountain range, where micro-climates abound within small distances. To this day, over 5000 varieties of papa can be found in Peru alone. Ironically, the version of the potato that we are familiar with in most parts of the world today has but a fraction of the tuber’s nutritional potential, potential that was achieved centuries ago.

A Most Venerable Fish

During a talk in 2013, Zita Cobb, a Fogo Islander, Newfoundlander, Founder of The  Shorefast Foundation and the Fogo Island Inn shared personal recollections of the rapidly diminishing cod stocks off Canada´s eastern shores due in large part to over-fishing by industrial and international fishing trawlers. Eventually, even the country’s small scale fisheries ground to a halt under the Cod Moratorium of 1992. “My father in his time of fishing saw the cod fish brought to the brink of extinction. And I remember his catch got smaller and smaller until one day he came home with exactly one fish, which he threw onto the kitchen floor. And it sounded a bit like the end, to us.”

The fishing industry of Canada’s Maritime provinces was built around cod for hundreds of years, the one wild harvest discussed here. The export of cod from those shores, however, goes back over a thousand years, to roving broods of vikings from parts of Scandinavia. By the Middle Ages, Basque fisherman had the audacity and the mastery of ship building to venture in larger numbers, farther and farther from their beloved but depleted Cantabric Sea to hunt whale for oil and meat. When they came upon the coastline of what is today known as Newfoundland and Labrador, the waters were so abundant with cod, that not only were they better able to fuel the labour of their whaling journeys, but they discovered that dried and salted the fish could be stored for long periods of time. This allowed them to return to their home ports many months later with an additional commodity on board, a commodity that would become one of Europe´s most economical proteins for hundreds of years to come. And the Basque fishers managed to keep this eden of fishing grounds their best kept secret from the rest of the continent for generations.

Waters so plentiful with cod you could use a basket to catch; such accounts resonate today. After decades of fishing restrictions, cod stocks off the coast of Atlantic Canada have been given a chance of some form of renaissance and a much smaller, more calculated version of the cod fishery exists once again in the country today. The fish, however, is priced and sold in restaurants as much more of a rarity than it once was.

In the early 2000’s, quinoa was virtually an unknown entity beyond South America. Less than a decade later, it had become widely recognized as one of the world’s ‘super-foods’. First introduced abroad as a contemporary South American import, it has since been experimented with as a growing crop in new climates and soils. And today it can be found far-flung from its agricultural cradle, quenching desire for an alternative to the long-accustomed starches of rice, pasta and cornmeal. Why, it’s even edged the potato off the plate in some households.

Described as a seed, a grain or a pseudo-cereal (depending whether you’re talking from a nutritional, agricultural or botanical perspective) what’s not in debate is that quinoa has been a staple in the Andean nations of Peru, Ecuador and Bolivia for millennia. But increased demand often means an increase in cost for the local consumer, along with a significant increase in the amount of lands set aside for producing exports as opposed to food for the domestic market. Quinoa’s worldwide stardom has certainly earned a lot of money for those involved in its international trade; it’s more complicated quantifying the returns for those who rely on its nutrition in its places of origins. No matter how you look at it (or cook it), rather like the potato and the cod, quinoa appears to have a long history ahead at the international table.

– The Lessons of History (Will and Ariel Durant)

So the first biological lesson of history is that life is competition. Competition is not only the life of trade, it is the trade of life–peaceful when food abounds, violent when the mouths outrun the food. Animals eat one another without qualm; civilized men consume one another by due process of law.

– Cod: a Biography of the Fish that Changed the World (Mark Kurlansky)

The problem with the people in Petty Harbour, out here on the headlands of North America, is that they are at the wrong end of a 1,000 year fishing spree.

The history of the Americas is one of constant warfare over salt. Whoever controlled the salt was in power. This was true before the Europeans arrived, and it continued to be the reality until after the American Civil War.

Feeding the People: The Politics of the Potato (Rebecca Earle)

After over a decade of having a heel dug in on both sides of the Atlantic, between South America and Europe, Nancy now seeds her potatoes on Canadian soils. A piece of her palate will always be in South America, so email her to nibble over some food-focused ideas. 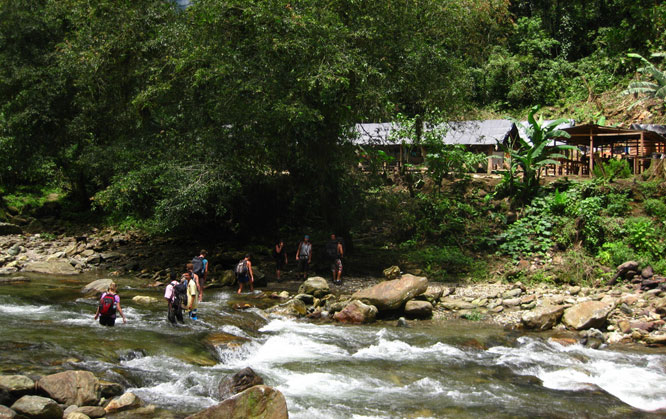 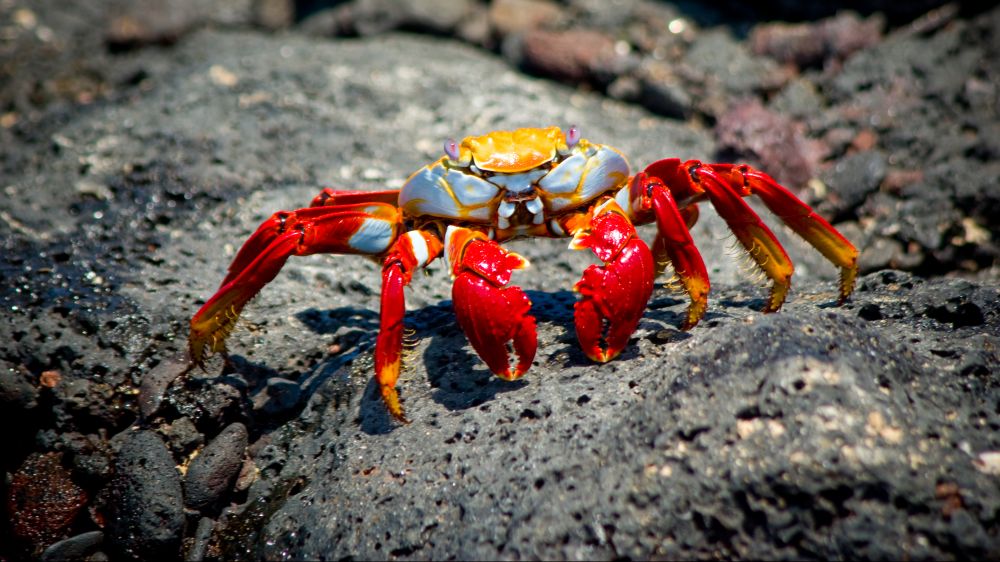 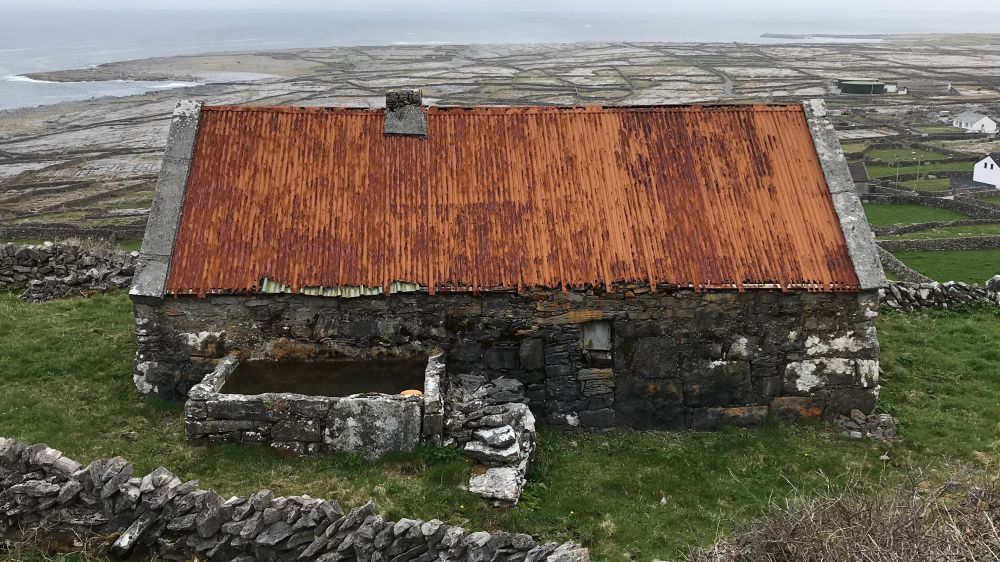 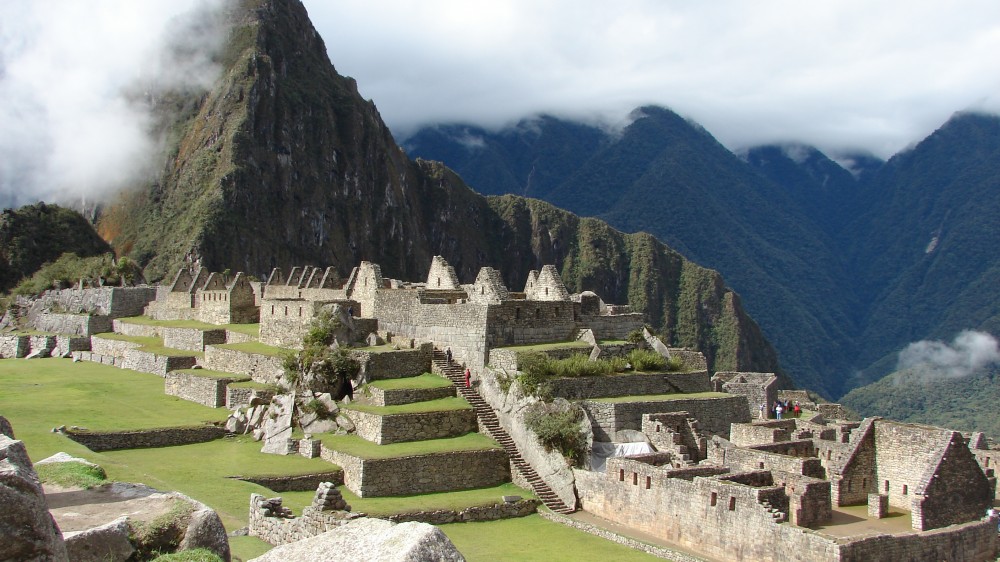